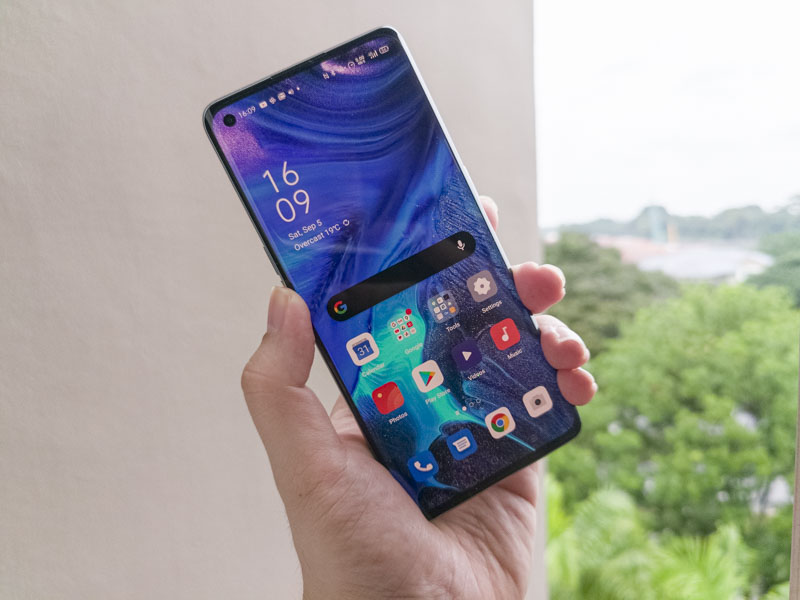 A new Reno every few months?

Oppo seems to iterate its Reno series quite rapidly at a pace of nearly one new entrant every four to five months! The original Reno and Reno 10x made its debut in April 2019, and then later the Reno2 in October 2019. Six months later, the Reno3 series was officially launched in Singapore in April 2020, and barely four months later, Oppo announced their latest iteration in the Reno series, the Oppo Reno4 series. While the usage of chipsets vary quite widely in each revision, they are all equipped with multiple rear cameras with several image-enhancement features, thus cementing the Reno series as phones that are highly focussed on imaging performance.

While there are multiple variants of the Reno4 series globally, only the Oppo Reno4 Pro will be available for sale in Singapore as of this writing.

How exactly does each Reno differ to-date?

Glad you asked, but sit tight as this isn't an easy question.

When Oppo first launched its Reno series just a little over a year back, it was positioned as the company's flagship offering with a modern design, top processing subsystem and true optical zoom with a periscope lens structure, among other leading-edge features on the Reno 10x Zoom. When the Reno2 landed a few months after, it wasn't a successor of the Reno 10x Zoom, but it did improve a good deal over the non-Zoom Reno counterpart (which we also reviewed):-

At this juncture, the lead Reno series is still the Reno 10x Zoom, but the Reno2 was a much better candidate in its S$899 price bracket than the standard Reno ever was.

Before the end of 2019, the Reno3 series was unveiled and boasted a Snapdragon 765G processing subsystem. However, by the time it made it to Singapore in April 2020, instead of the Qualcomm 5G counterpart that was first promised at the phone unveil, they instead were equipped with Mediatek processors. It did have some ups and downs that we'll quickly point out:-

So is Reno3 Pro better than the Reno2? Yes from an imaging capabilities standpoint, but no from uniqueness and a processing subsystem standpoint. And it certainly doesn't best the Reno 10x Zoom either from an overall offering perspective. 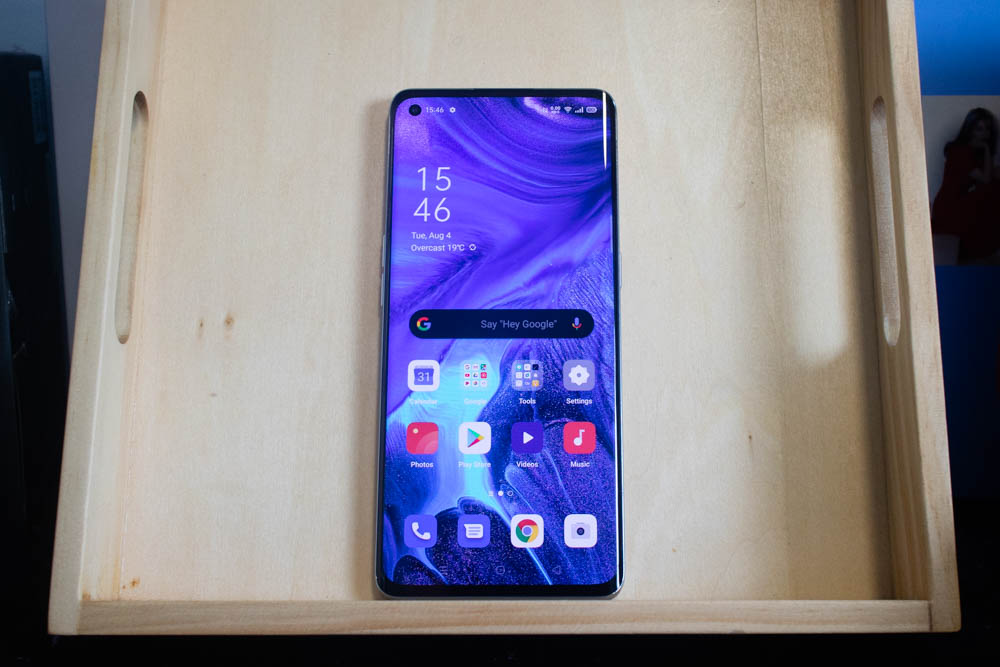 This might all sound confusing because Oppo has by now moved on to offer the Find X2 which is their current flagship offering. Now that leaves us with yet another confusing new entrant as Oppo pursues to offer a new Reno4 Pro, which offers a processing subsystem (Snapdragon 720G) that doesn't better the Reno2, a camera subsystem that doesn't better Reno2 and Reno3 and yet is priced at S$899 which seemingly only offers improved camera software, a better screen, a nicer build and even speedier fast charging.

With such a short time span between iterations, and without any clear progression path, just how improved is the Reno4 Pro against its predecessors and is it worth your attention? 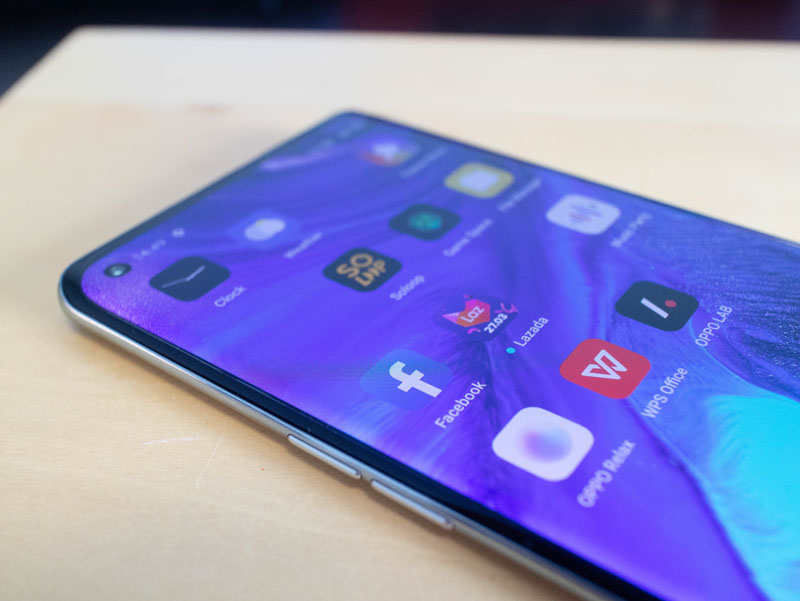 Just like the Oppo Reno3 Pro, it has a 3D curved display, which itself is a 6.5-inch E3 Super AMOLED screen with 20:9 aspect ratio. Keeping in line with the design language of the Reno series, the front display is also nearly bezel-less, with a 92% screen-to-body ratio. The Reno4 Pro continues to feature an under-display fingerprint scanner, which Oppo claims is now speedier at unlocking the device and it didn't disappoint in our usage; it is very responsive and unlocks the phone snappily.

The display has also improved with a 90Hz refresh rate, and up to 180Hz touch sample rate. With that, the Oppo Reno4 Pro feels much more responsive to user taps and gestures, and transitions feel more fluid than displays of most other mid-range phones with a normal refresh rate (60Hz). 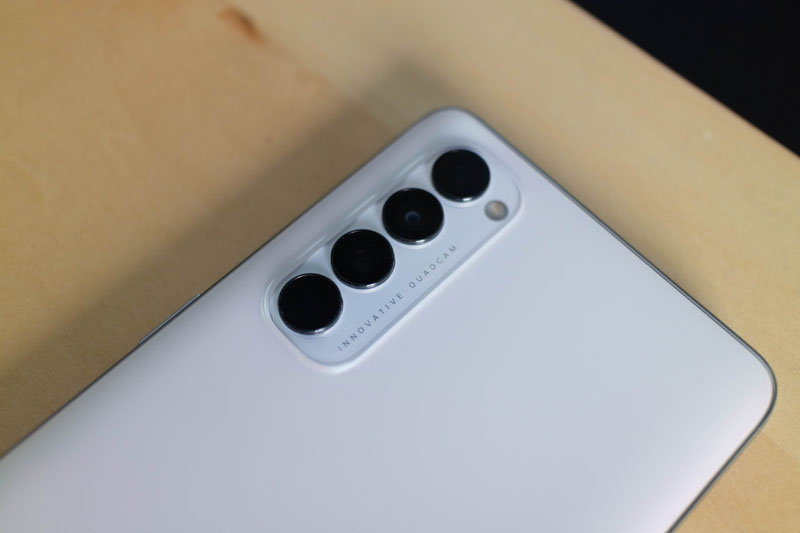 However, unlike the previous Reno models, the Reno4 Pro’s cameras protrude out, instead of being flushed to the back of the phone. This means the camera lens array is more prone to scratches when the phone is placed on its back and worse yet if placed on rough surfaces. Fortunately, this can be easily resolved by putting on a phone cover that comes packaged with the phone. You may still want to get a new phone cover if you prefer extra protection though, as it is just an ordinary TPU phone cover, but kudos for Oppo to include it in the packaging.

The front camera too sees a change as the Reno4 Pro now only has a single 32MP selfie camera, located within the tiny punch hole in the top left-hand corner of the display. 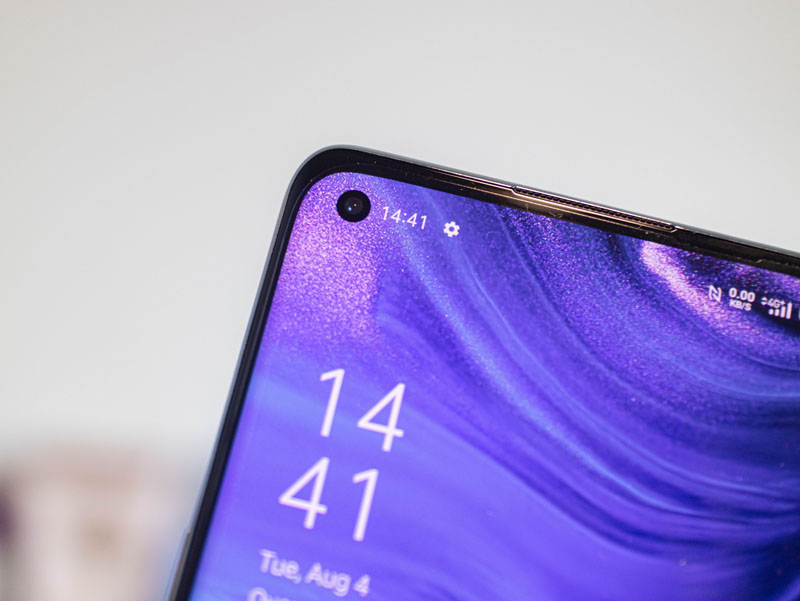 While we’re on the topic of design and handling, the Oppo Reno4 Pro features a matte finish on its back, which makes it feel more premium in the hand than the smooth gradient back of the Reno3 Pro. Two colour options are available with the Reno4 Pro: Starry Night and Silky White. The review unit I got is of the Silky White variant. 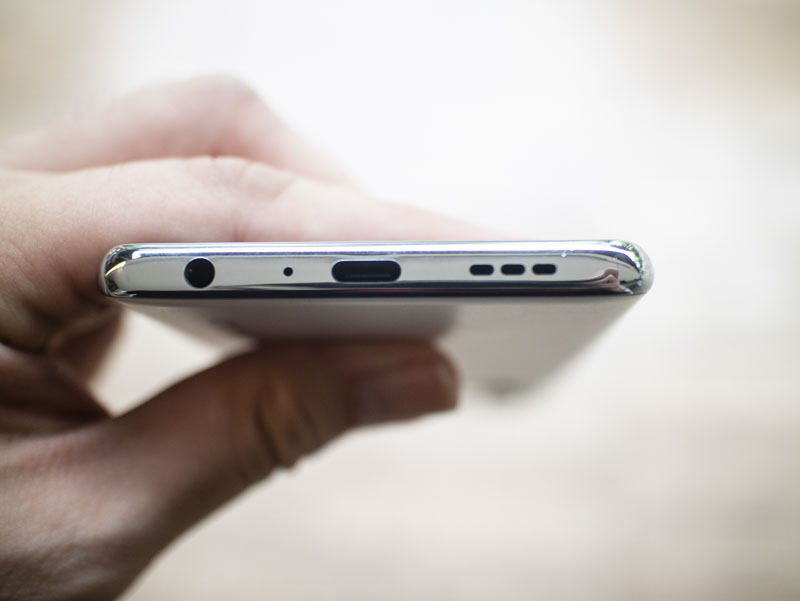 Last but not least, looking around the rims of the phone, the volume rocker is on the left side of the phone, while the power button is on the right side. The Oppo Reno4 Pro supports Dual SIM and external storage, so the Dual SIM and microSD card slot can be found on the top of the phone while the USB-C port and 3.5mm audio jack is located at the bottom. That covers ports, connectivity and hardware buttons for the device.

The Oppo Reno4 Pro comes with ColorOS 7.2, Oppo’s proprietary OS built atop Android 10. We have previously touched on this new ColorOS in our Oppo Find X2 review and the ColorOS 7 announcement. The user interface is exactly what you will find in the Oppo Find X2 as well.

Looking across many of Oppo’s recently launched phones, it would seem ultra fast charging is a top priority for the company. Unlike phones of other brands, Oppo opted for VOOC, their own implementation for fast charging. The details surrounding VOOC are technical, but in a nutshell, VOOC pumps more current than increasing voltage as a mechanism for fast charging. We have previously conducted a shootout with different fast charging mechanisms, which you can read about in detail.

In Reno4 Pro, Oppo introduced the state-of-the-art SuperVOOC technology, which charges the phone using a whooping 6.5A current and 10V voltage. With this technology, Oppo claims that the 65W SuperVOOC charger that comes in the package can charge the phone from empty to full in just 36 minutes. Being skeptical, I tested the charger, and indeed, even with screen on and a short boot-up process, the phone is able to charge from 0 to 100% in 37 minutes.

Fast charging capability is now broadly available on almost all mid-tier range phones and higher, but if you frequently see yourself using the phone intensely and need a phone that can keep pace with you lifestyle without anchoring you down due to charging needs, then super fast charging like VOOC could be an important consideration on your next phone.

What about actual phone endurance? We'll share more on the last page with all the benchmarking comparisons.