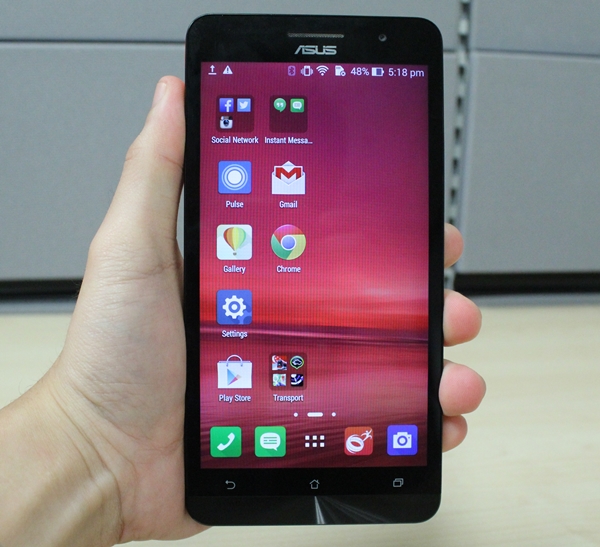 The big brother to ZenFone 5

ASUS is getting aggressive in the midrange phone market segment. Less than a month after launching the ZenFone 5 in Singapore, ASUS is selling its bigger brother, the ZenFone 6 at an attractive price of S$299 (promotional price at its Online Store) or S$329 (official retail price).

The timing of its availability can't be any better as the market is getting more competitive with the likes of the HTC Desire 816, Huawei Honor 3X and the Xiaomi Redmi Note. Where does the ZenFone 6 stand among the competition? Read on to find out more after this video break:-

The ZenFone 6 is similar to the ZenFone 5 in almost all aspects except for its size and placement of the power button; it still sports the same curved, soft-touch rear that is comfortable to hold. Its matte texture not only offers a good grip, but also keeps the fingerprints and smudges at bay. 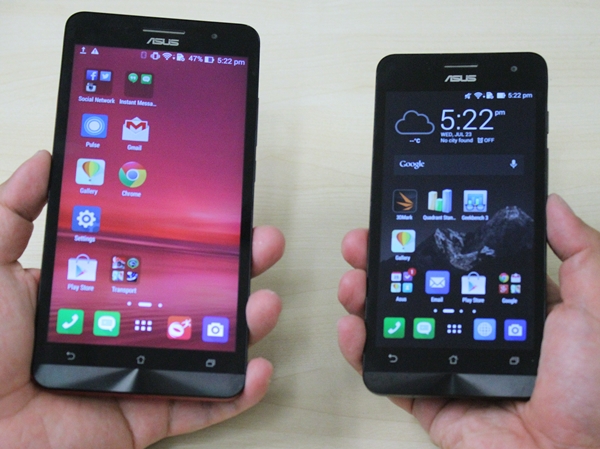 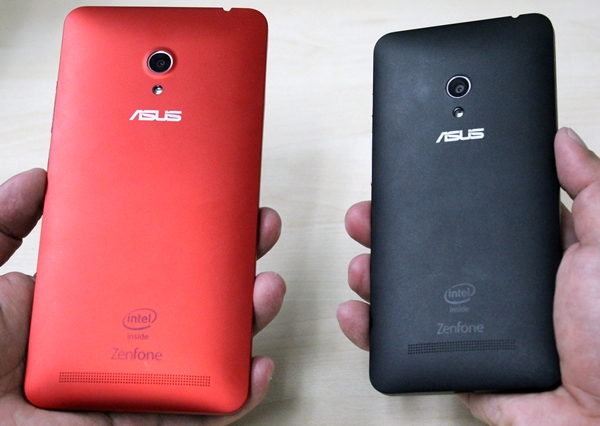 Due to its 6-inch display size, the ZenFone 6 is too wide to be used comfortably in one hand. For someone who has reviewed numerous phablets, the ZenFone 6 is still a challenge to use on a daily basis especially, even for simple tasks like messaging and web browsing. Fortunately, the usability aspect is somewhat addressed by software enhancements which we'll share later in the review.

Similar to the ZenFone 5, the ZenFone 6 supports dual micro-SIM and dual-standby functionality. Both micro-SIM card slots also support 3G connectivity, which is a plus point over the Xiaomi Redmi Note, which only supports 3G data on one slot. In addition, the Redmi Note only accepts traditional sized SIM cards. 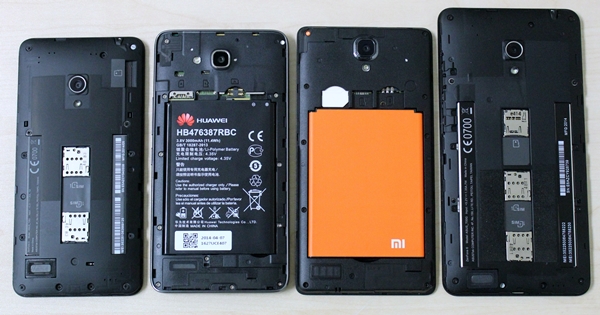 Although the Huawei Honor 3X supports 3G connectivity on both slots, it is weird that one slot accepts a micro-SIM card while the other slot uses the traditional sized SIM card. Perhaps this gives consumers the choice to have two different SIM card sizes for maximum compatibility no matter the market, geography and switching between different devices.

Located just above the SIM card slots is the micro-SD memory card slot, which is capable of supporting memory cards of up to 64GB in capacity. Having said that, the ZenFone 6 has 11.47GB of available storage space out of the box after updating the preloaded apps installed in the phone's 16GB of built-in storage space. The system OS takes up 3.72GB while preloaded apps take up about 567MB. 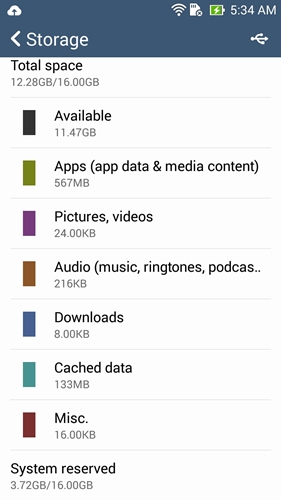 The ZenFone 6 comes with a 6-inch HD (1,280 x 720 pixels) IPS display which has a layer of Corning Gorilla Glass 3 with anti-fingerprint coating. While the sheer size of the display means that the pixel density (245ppi) is nowhere near "Retina" standard, it's not going to be a deal breaker. We cannot deny the fact that the app icons and text do not look as sharp, but it hardly has a significant impact on the overall user experience. Colors are still vivid and the viewing angles are decent thanks to the IPS display panel.

If there is any consolation, ASUS has preloaded an app, Splendid which allows you to calibrate the display settings such as temperature, hue and saturation to fit your preferences.

As seen on the ZenFone 5, ASUS introduced its customized interface ZenUI with the ZenFone range of smartphones. We've explored the five notable features of ZenUI in a dedicated article and discussed their relevance in the review of the ZenFone 5, hence do head over to these articles if you wish to find out more about the ZenUI. In this review, we take a look at an exclusive feature that is applicable only on the ZenFone 6, which is the one hand mode.

Before we dive into the one hand mode on the ZenFone 6, it is important to note that other manufacturers have different takes on such features for their phones with larger displays. Samsung is among the first to deploy one-handed operation feature for its Galaxy Note II, which enables you to optimize four basic tasks - keypad and in-call buttons, the software keyboard, calculator and screen unlock - for use with one hand.

The feature was later enhanced on the Galaxy Note 3 where you can adjust the scale and position of the home screen panel. LG also has a similar feature, Mini View for its 5.9-inch G Pro 2. Mini View gives you the flexibility to adjust the screen from any sizes between 3.7 to 4.7-inches and position it anywhere. ASUS's take is not any different either.

One hand mode supports three different screen sizes: 4.3, 4.5, and 4.7-inches. It also allows you to switch the screen to the left or right depending on your preferences. We appreciate the ease and simplicity of this feature, but it could have been better if more screen sizes (e.g. 5.5-inch) are supported considering that it is a fairly large 6-inch display panel. Since the current product line up lacks a 5.5-inch model, ASUS could have killed two birds with one stone by simply adding software support for a 5.5-inch size operation. 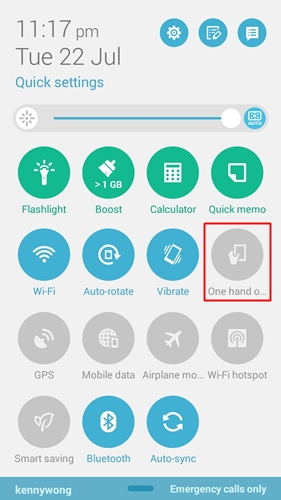 Write a Review
Compare This | Specifications
Solid build quality
Good imaging performance
Long battery life
Affordable
6-inch form factor too large for some people
No 4G LTE support
Our articles may contain affiliate links. If you buy through these links, we may earn a small commission.
Sponsored Links