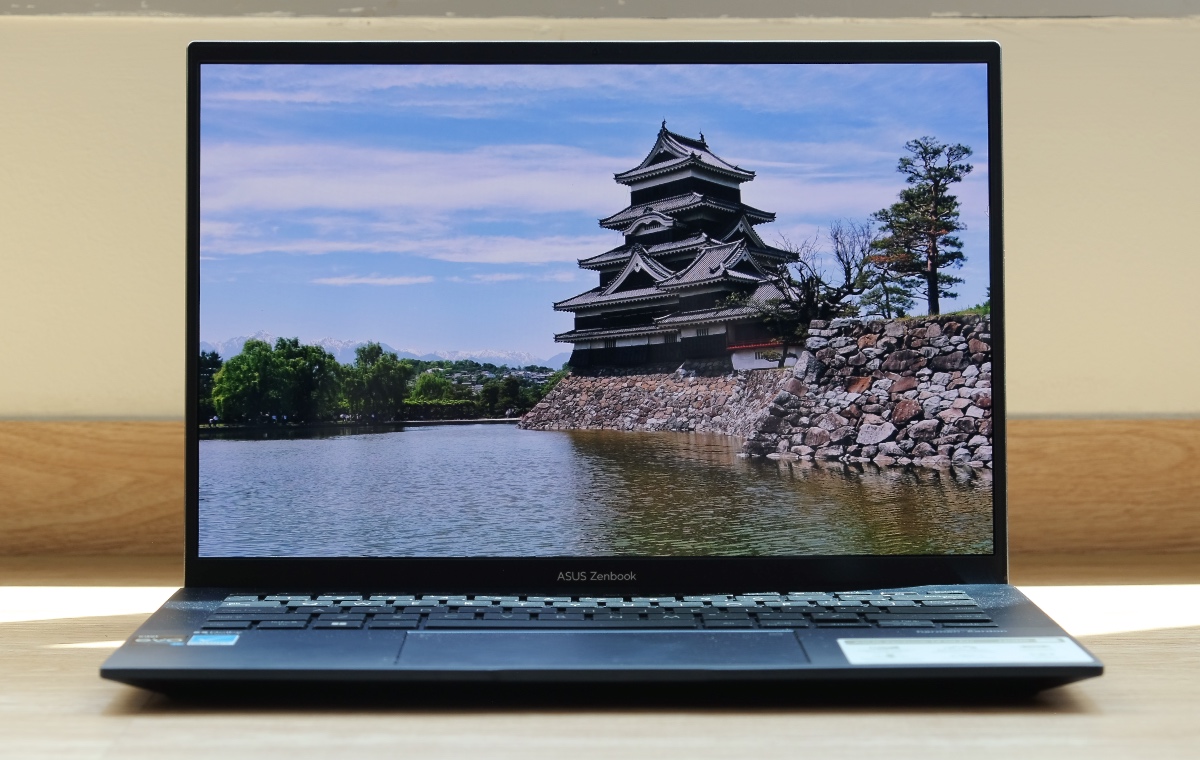 If you have been following the developments of ASUS notebooks closely, you’ll notice that they all have something in common. OLED. ASUS is going big and hard on OLED displays.  We have had the ZenBook 14X OLED, the ZenBook 14X OLED Space Edition, and then the dual-display ZenBook Pro 14 Duo. And now, even the most basic ZenBook is getting an OLED display. This is the new ZenBook 14 OLED UX3402. 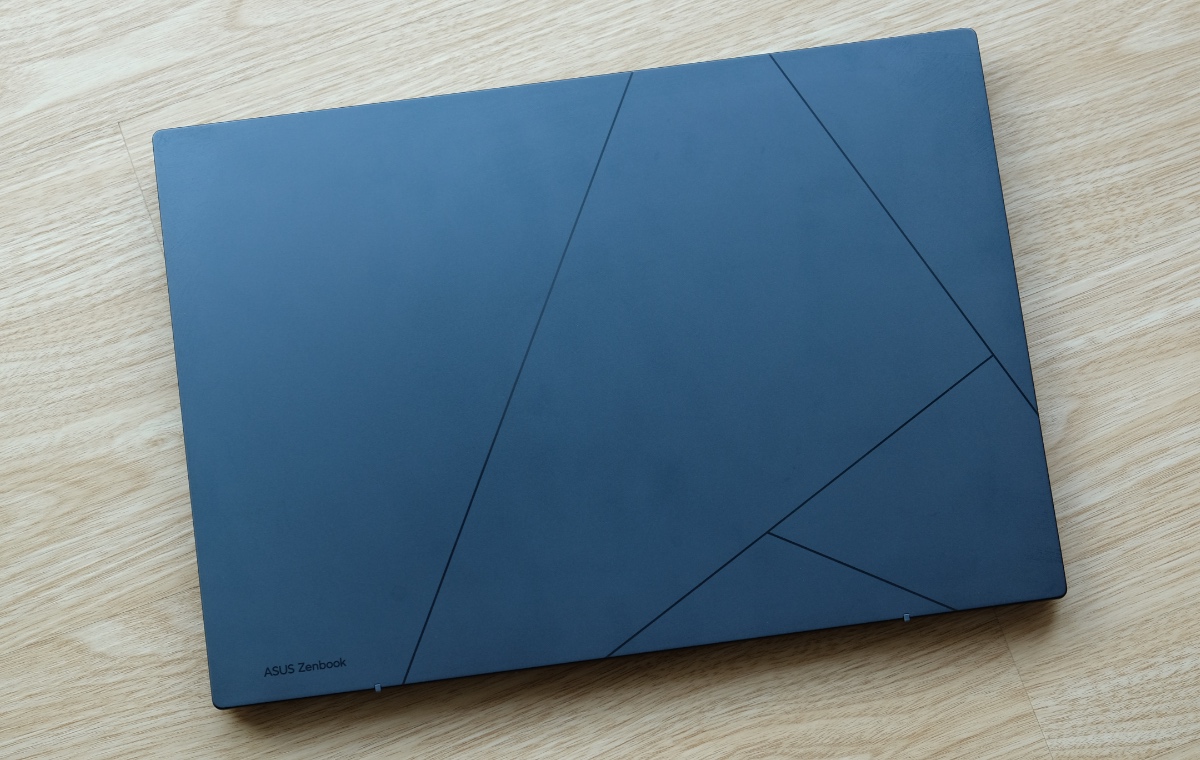 The ZenBook 14 OLED UX3402 is part of ASUS’ new 2022 ZenBook lineup. Though you won’t mistake it for anything other than a ZenBook, it does have some significant design changes.

The lid no longer features the signature ZenBook concentric circles. Instead, it has geometric lines inspired by ZenBook’s new monogram “A” logo. And in the corner, a subtle label reminding you that this is indeed an ASUS ZenBook. The concentric circles aren’t gone, however, because you’ll still find them on the end caps of the redesigned hinges. 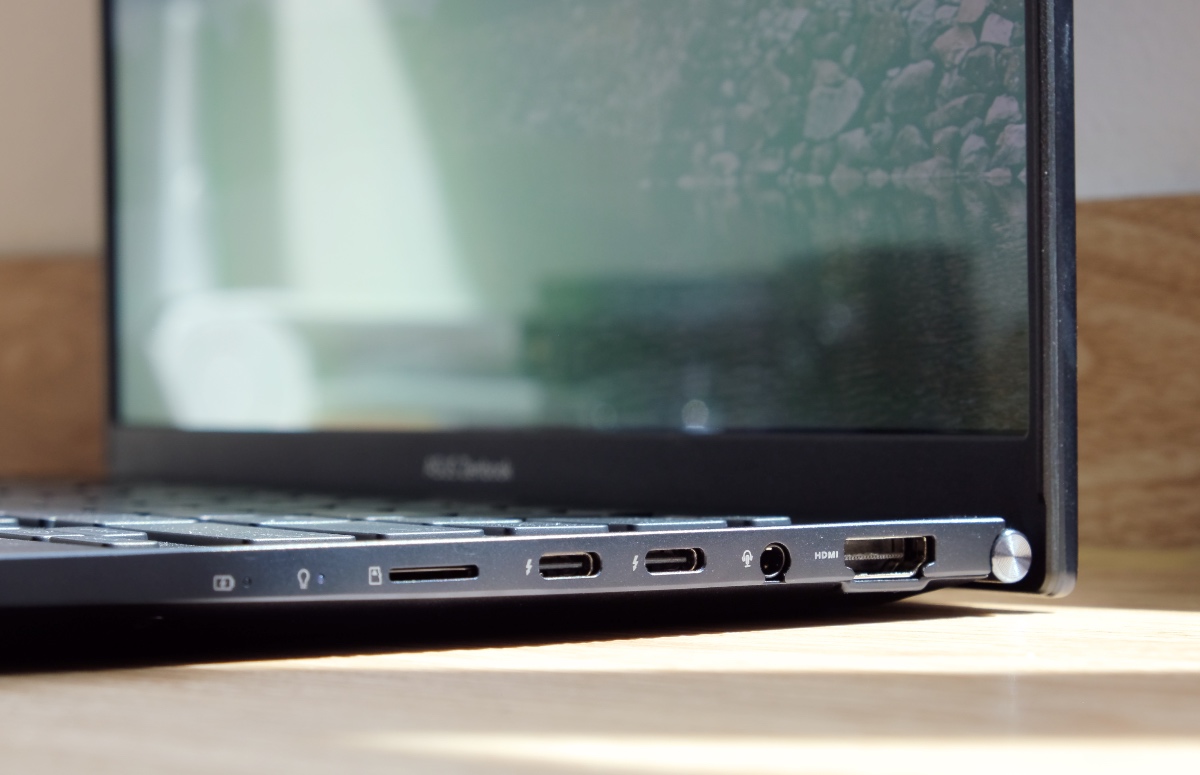 The ZenBook 14 OLED has an all-aluminium body. Its weight is an entirely decent 1.39kg and its thickness is 16.9mm. In my hands, it feels neither overly cumbersome nor super light. I’d say it’s just about as heavy and as thick as most people would want for an everyday notebook. There’s also a tiny bit of flex if you exert enough pressure on the chassis. Perhaps what’s more important to know is that the notebook meets the MIL-STD-810H standard for durability. This means it has some resistance to extreme temperatures and humidity, vibration, and drops. 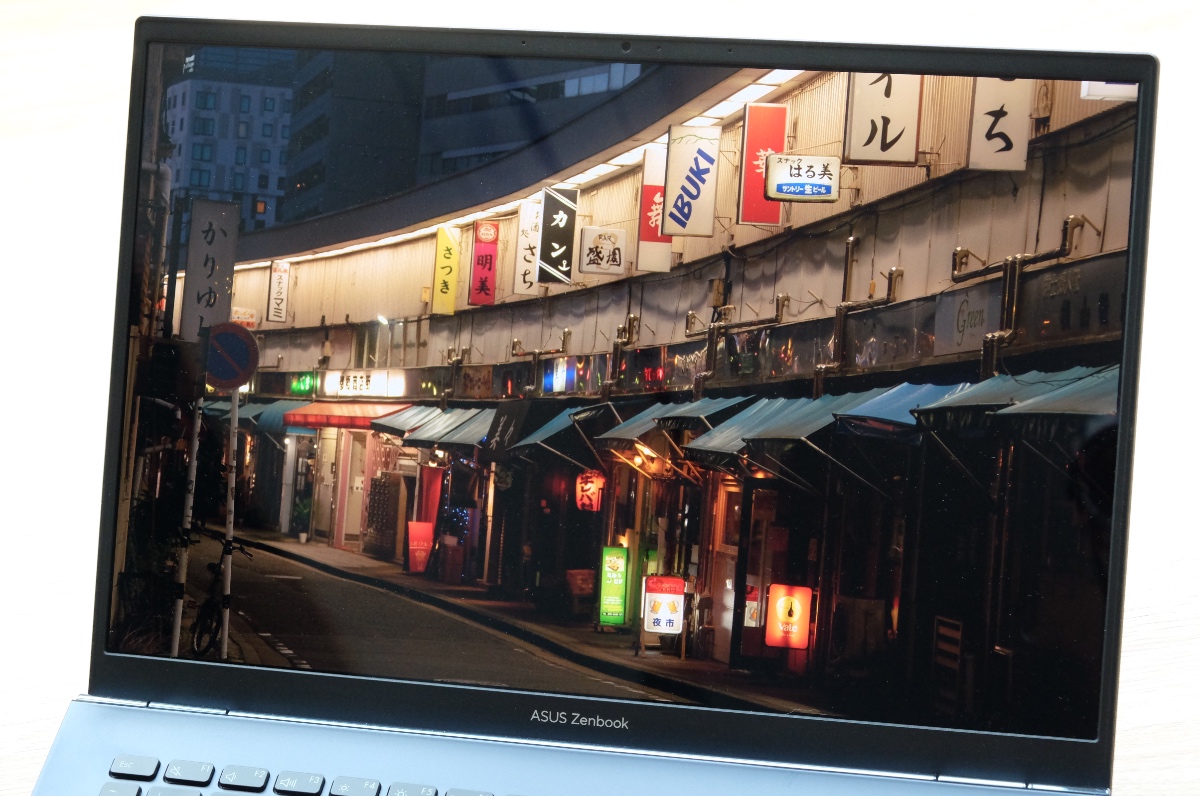 The highlight has to be the display. It’s a 14-inch OLED display that appears to be identical to the ones the earlier ZenBook models I reviewed because they have the same specifications. Like those, this OLED display has a resolution of 2880 x 1800 pixels and a 90Hz refresh rate. It also supports 100% of the DCI-P3 colour space, is Pantone-validated, and meets VESA’s DisplayHDR True Black 500 requirements. It’s a technically impressive display for sure, and it’s just as brilliant in real life. It’s sharp, crisp, wonderfully vivid, and blacks are truly inky black. It’s a big step up from the IPS LCD panels you see on most notebooks (even very good ones).

Another highlight of the notebook is that it’s powered by Intel’s newest 12th Gen Core processors. Specifically, this model has the Core i7-1260P, which has four performance cores and eight efficiency cores. This is paired with 16GB of LPDDR5 memory and a 512GB PCIe 4.0 NVMe SSD. Combined with a large 75Wh battery, ASUS claims a battery life of up to 18 hours. These are very decent specifications to have for an everyday notebook. Connectivity is good too. There are two USB-C Thunderbolt 4 ports, a single USB-A USB 3.2 Gen 2 port, an HDMI 2.0b port, a microSD card reader, and a 3.5mm audio combo jack. One thing to note is that apart from the USB-A port, all the ports are on the right side of the notebook. 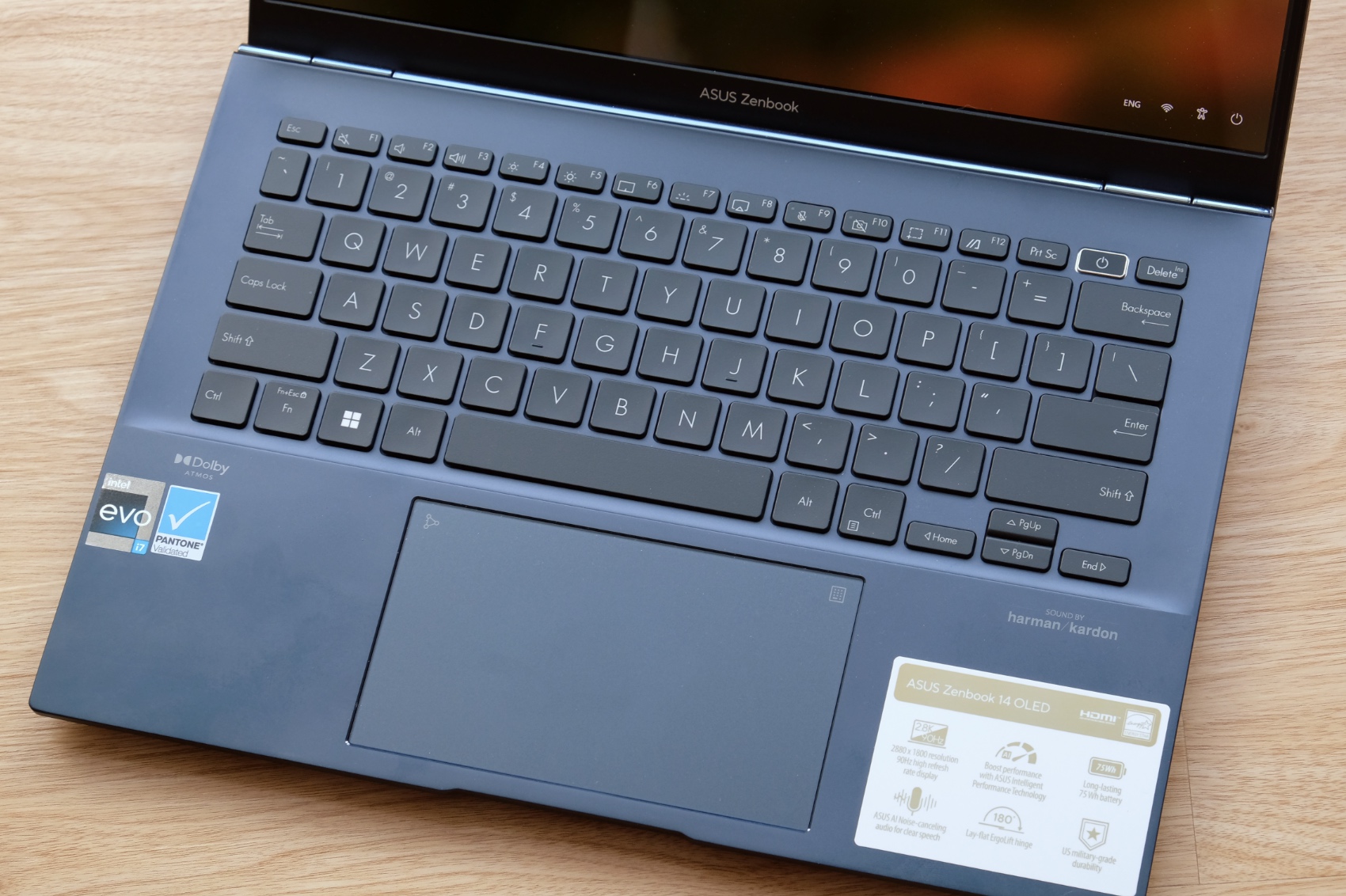 ZenBooks typically have pretty good keyboards and this new model is no different. The key caps are slightly dished to help guide your fingers. The claimed key travel is 1.4mm, which is relatively long for a notebook. More important, however, is that the weight of the keys is well-judged. This, when coupled with the long key travel, makes the entire keyboard feel tactile and pleasant to use. The trackpad is accurate and responsive. It is also huge – almost as large as the one on the Yoga 9i. It also has a virtual trackpad function.

Write a Review
Compare This | Specifications
Minimalist design
Fantastic OLED display
Good ports selection
Nice keyboard, large trackpad
Well-priced
Some flex in the chassis
Gets noisy and warm when taxed
Only 720p webcam
Our articles may contain affiliate links. If you buy through these links, we may earn a small commission.
Sponsored Links