LG G Flex2 - Flexes ahead of the pack 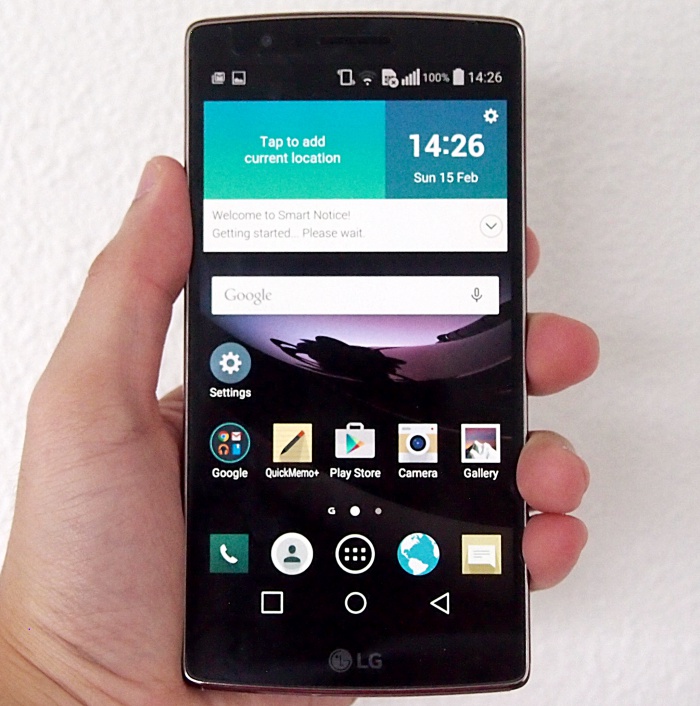 Like it or not, curved displays are here to stay. The past two years saw LG and Samsung competing between themselves with curved mobile devices such as the Galaxy Round, the G Flex, the Gear Fit, the Galaxy Note Edge 4G+, and the Gear S.

While Samsung is expected to launch a curved variant of its upcoming Galaxy S6 on March 1 at Mobile World Congress (MWC) in Barcelona, LG took the opportunity at the earlier International Consumer Electronics Show (CES) in Las Vegas to shed the limelight on its second generation curved smartphone, the G Flex2. With a more refined design, faster processor, better camera, and higher resolution display, can the G Flex2 win the hearts and wallets of consumers? Before we continue, here's a quick overview of its specs:

(Note: We've done a hands-on article with the G Flex2 at CES 2015, so we'll only summarize the key points and additional observations here.)

Like its predecessor, the G Flex2 will be an instant conversation starter with its curvy design. While it looks similar to the G Flex, LG did made some refinements. LG claims that the back has a steeper 650mm radius curvature for more comfortable grip. We can attest to that as it rested comfortably and securely in our hands during the course of us using it.

Perhaps the smaller form factor also helps to deliver a better handling experience compared to the bigger G Flex. For comparison's sake, the G Flex2 is shorter (149.1 vs 160.5mm), narrower (75.3 vs 81.6mm) and lighter (152 vs 177g) than the G Flex. It almost matches the 5.5-inch G3 in terms of dimensions too, and is actually more compact than the Apple iPhone 6 Plus. 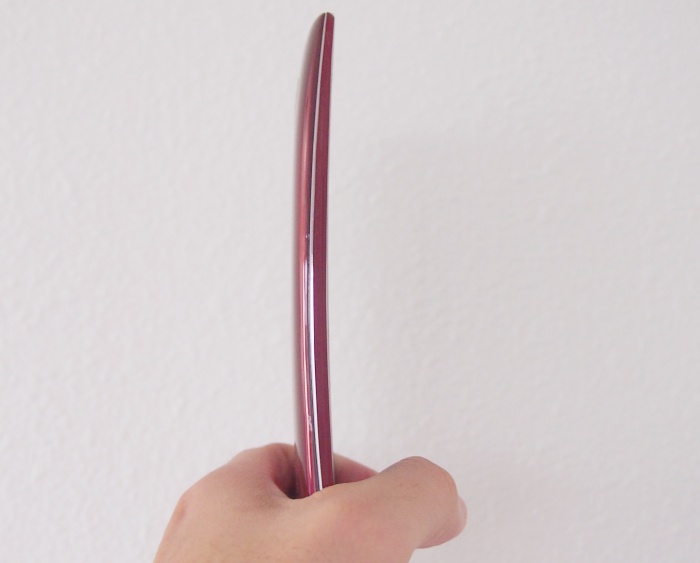 Besides a better handling experience, the curved design also brings the microphone closer to the mouth, which theoretically results in better sound pickup compared to conventional phone designs. However, during our past few days of testing, we found no noticeable difference in clarity or volume between the G Flex2 and an Apple iPhone 6 Plus.

When you check out the back of the G Flex2, there are several minor changes that you may have noticed. Off the bat, you will recognize the same laser autofocus lens, dual-LED flash, and rear key setup at the upper portion of the device. The rear key setup is slightly different from the G Flex and even the G3, although it seems that LG borrowed some design inspiration from the latter. Existing owners of LG's recent smartphones will have no issues adapting to the rear keys which are easily accessible and offer good tactile feedback when pressed. 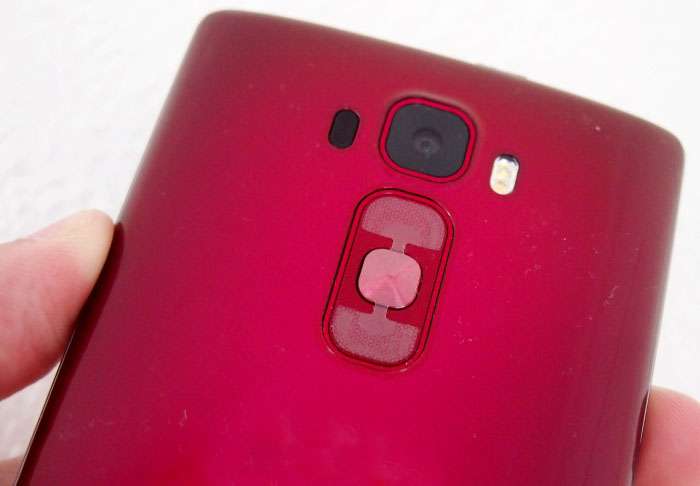 Another change to the rear cover is the faster healing time of the "Wolverine-like" coating. First introduced on the G Flex, LG has improved the healing time on the G Flex2. The company said that light scratches and nicks should take just 10 seconds (down from three minutes) to disappear at room temperature.

We put the back cover to the test by using a house key to scratch it and unfortunately, the scratch still remained after more than an hour. The rear cover also picks up some minor scratches over the past few days of usage although they were only visible under certain angles. We think the coating is only effective against very light hairline scratches and not deep scratches caused by sharp objects like pen knives or keys. To be fair, LG didn't say it's indestructible and it's after all made of plastic. On the other hand, LG strengthened the glass on the display with its own chemical treatment that makes the screen 20% stronger and 30% more durable against damages.

LG has also made the rear cover removable, but the 3,000mAh battery is not. Removing the cover requires little effort though, and you need to do that only when you need to swap out the microSD card and/or micro-SIM card. Having said that, the G Flex2 is probably the first smartphone to support memory cards of capacities up to 2TB. On a sidenote, the model which is going to be available in Singapore will come with 32GB internal storage space. 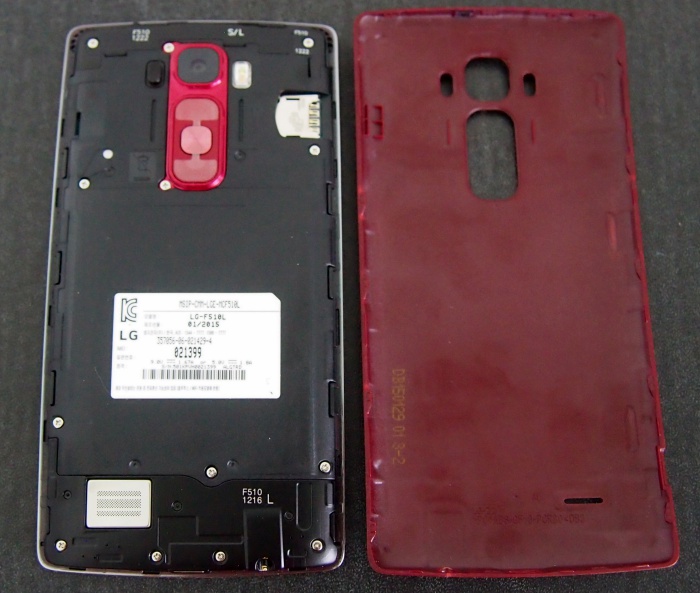 If you take a closer look at the rear cover, you will notice the concentric circle finish that is somewhat similar to the ASUS ZenFones. LG brands it as the Spin Hairline Pattern, which is nothing more than just for aesthetics purposes. 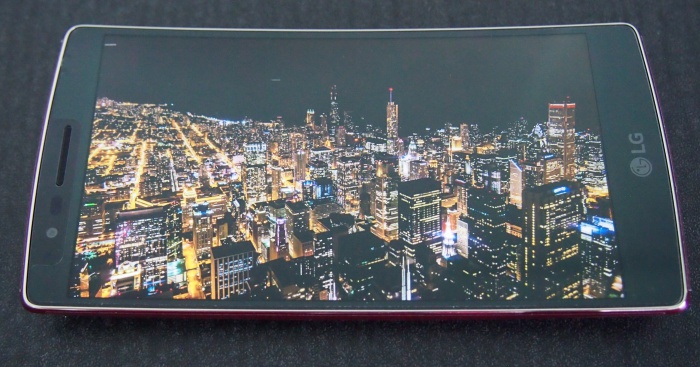 LG decided to shrink the display on the G Flex2 to a more manageable 5.5-inches and bumps up the resolution to 1080p. This is apparently made possible after the initial technical limitations of the Plastic-OLED technology. If you are planning to consume multimedia content (especially videos) on the G Flex2, you won't be disappointed by the display. It exhibits deep blacks, vibrant colors, and good contrast. The bezels are also quite slim, hence allowing LG to fit a 5.5-inch display in a smaller chassis.

However, the G Flex2's screen appears to suffer from the same problem as the G Flex - graininess. At maximum brightness, the graininess of the display is not apparent although you still can see it if you inspect it closely. When you turn down the brightness level to its minimum, the graininess becomes a lot more apparent. We spotted graininess appearing on the Settings page, the Notification panel, and when logging into the Facebook app. The graininess seems to appear on certain colors only and it did not seem to appear when browsing web pages with a white background. As before, we attributed the graininess to the plastic nature of the display which could be a technical limitation. 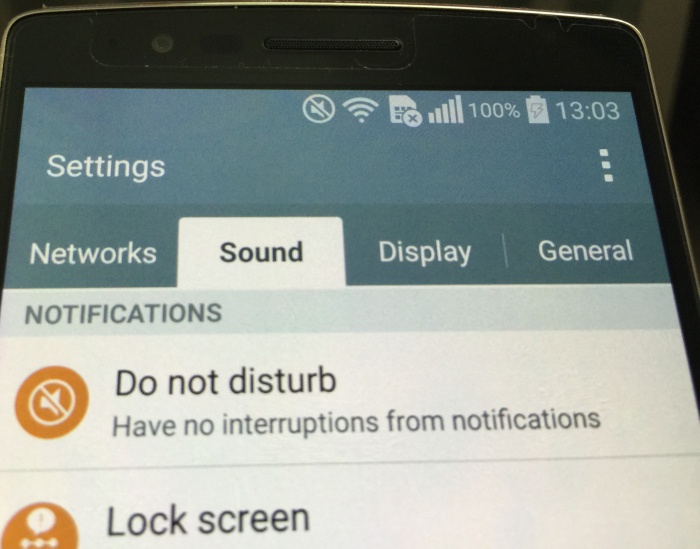 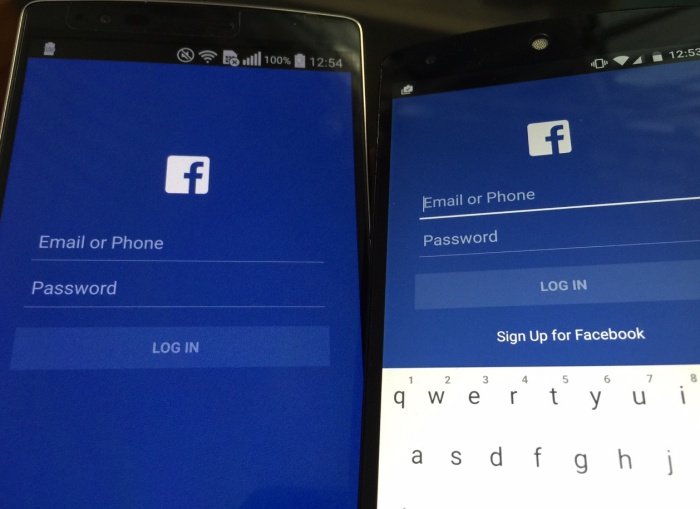 The G Flex2 ships with Android 5.0.1 Lollipop and its customized UX interface. The UX interface debut on the G3 last year, which we praised to be sleek and modernized. You can expect to see the same software features here, such as the Smart Keyboard and Smart Notice. You can find out more about the UX's features here.

There are three new features introduced on the G Flex2, namely Gesture Shot, Gesture View and Glance View. The first two features - Gesture Shot and Gesture View - are imaging features that allow you to capture a selfie with a hand gesture as far as 1.5m away and the ability to check the last shot immediately after taking a photo or selfie respectively.

The concept of Glance View is similar to Samsung's Quick Glance, which was introduced on the Galaxy Note II. Unlike Quick Glance, which requires the hovering of your hand over the proximity sensor on the front panel of the Galaxy Note II, Glance View on the G Flex2 displays notifications such as time, recent messages, or missed calls with a downward swipe of the display even while the screen is turned off. 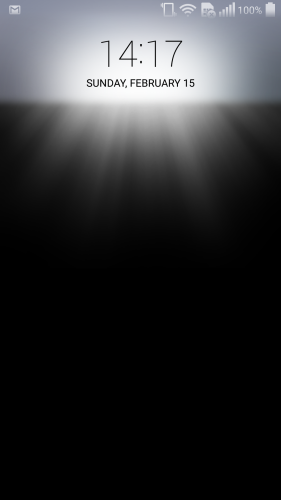