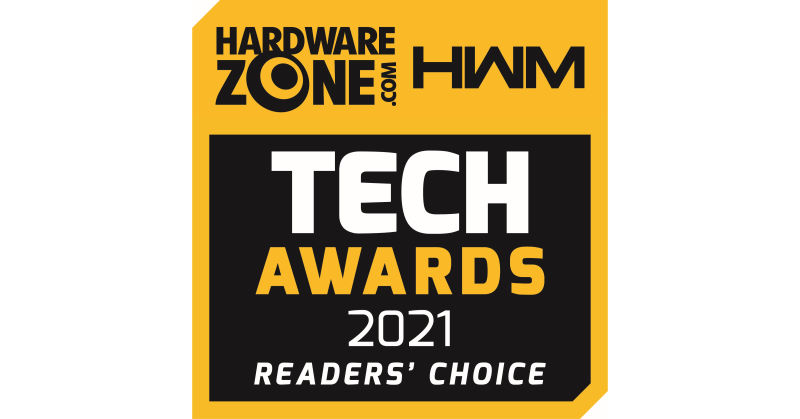 Singapore's top technology brands, according to you

As with most physical tech events in the past year, the 12th annual HWM+HardwareZone.com Tech Awards continues to be an online affair due to the ongoing Covid-19 pandemic. However, that didn't stop us from reviewing nearly 100 products for our Editor's Choice categories and holding our Readers' Choice polls for the top brands of the year.

And what a year it's been. For the 2021 edition of the Tech Awards, we have a total of 42 Readers' Choice categories spread across four major sectors: Computing, Consumer Electronics, Communications & Services, and Gaming.

This year's voting participation has been amazing with our 8,000 voters, and we'd like to thank all our readers that have helped make these awards a success. In this article, we'll share the full outcome of our Readers' Choice voting results that determine what the tech enthusiasts in Singapore have to say for the best brands on the island and help shape our local tech landscape.

Don't forget to also check out our Editor's Choice results in these four categories for the definite best tech gadgets for every need: Best devices for Home, Work, Mobile and Gaming. 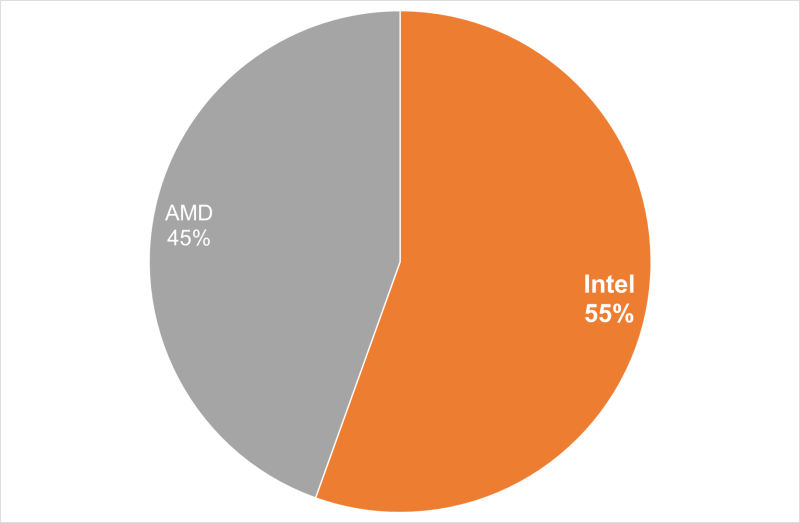 In the past, this award was a shoo-in for Intel, with an average split of about 80% of the votes to AMD’s 20%. However, 2020 wasn’t a great year for Intel. From the Apple break-up, to its often confusing 10th and 11th Gen processor roadmap and inability to progress to a 7nm manufacturing process, Intel’s lead as a consumer microprocessor giant has been steadily eroding. AMD on the other hand grew their vote share to 45%. AMD already had 7nm desktop processors out in the market since 2019, with the Ryzen 3000 series based on their Zen 2 microarchitecture. In 2020, AMD released the Ryzen 4000 series, also based on Zen 2 in the middle of the year, and launched a brand new Zen 3-based product with the Ryzen 5000 series. It was so impressive that we actually bestowed the AMD Ryzen 9 5900X our Best Gaming CPU Award in the Editor’s Choice category this Tech Awards season. 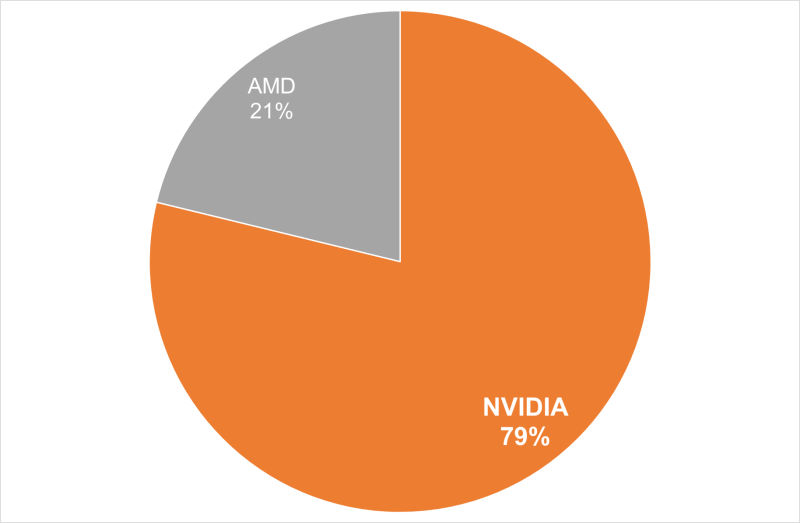 Unlike the CPU results, things in the GPU world remain similar to past years. In 2019, NVIDIA captured 82% of the votes, and while there is a slight drop, NVIDIA still garnered 79% of your total votes. Yes, AMD has been making good progress with last year’s RDNA 2-based Radeon RX 6000 series. In fact, we were very favourable with our Radeon RX 6800 XT review as a solid 4K gaming GPU. However, it doesn’t look like NVIDIA’s charge since the launch of its RTX series can be stopped. Ray tracing performance is now the benchmark and with last year’s Ampere architecture and RTX 30 Series GPU, NVIDIA just keeps raising the bar. With such a massive lead, it’s no surprise that the NVIDIA RTX 3080 is also the winner of this year’s Editor’s Choice Best Graphics Chip Award. 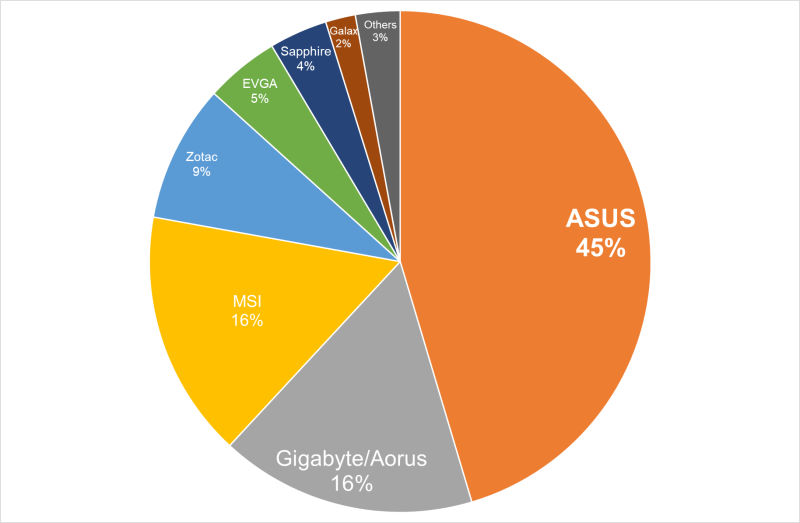 For 12 years in a row, you’ve voted in ASUS as the Best Graphics Card Brand in our Readers’ Choice category. And with 45% of votes, that’s saying a lot. We’ve always attributed ASUS’ popularity with the fact that they not only have a vast range of cards for just about any GPU you could want, but also having built up a reputation for custom components and technology that stand out from the usual OEM reference crowd. With high interest in the latest GPUs from AMD and NVIDIA, as usual, ASUS covers all bases with a full slate of ROG Strix and TUF Gaming Radeon 6000 Series cards, as well as ROG Strix, TUF Gaming and Dual cards for NVIDIA’s GeForce RTX 30 Series. 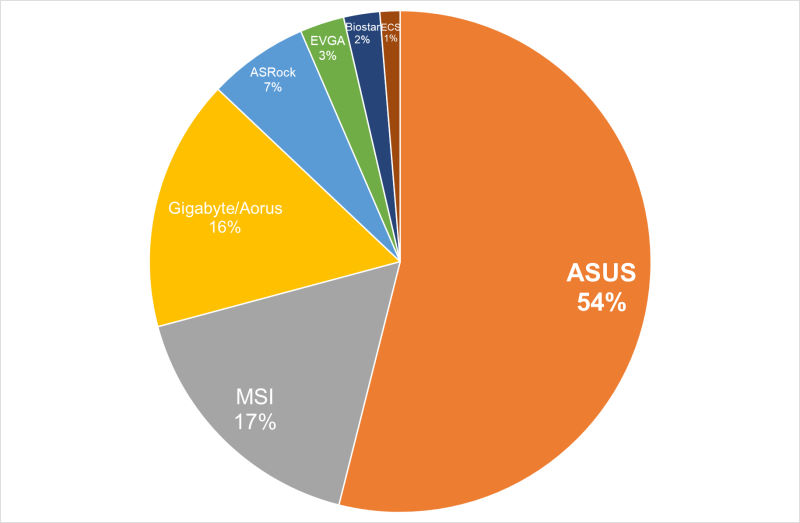 It’s probably safe to say that ASUS has the entire PC DIY scene locked down, at least in the views of our readers with 54% of total vote share. The same reason why ASUS has been so successful with graphics card also applies to motherboards. ASUS has so many variations of every chipset, board type and platform that most likely, if you can’t find something that fits your needs, it doesn’t exist. Of course, variety isn’t the only reason for its popularity. ASUS is highly regarded for quality components as well; its motherboards often the choice of enthusiasts, overclockers and gamers for their durability and performance. Of course, that doesn’t mean its position is unassailable. As impressive as 54% sounds, it’s actually an 8-point drop over last year’s survey, where ASUS got 62% of the votes. 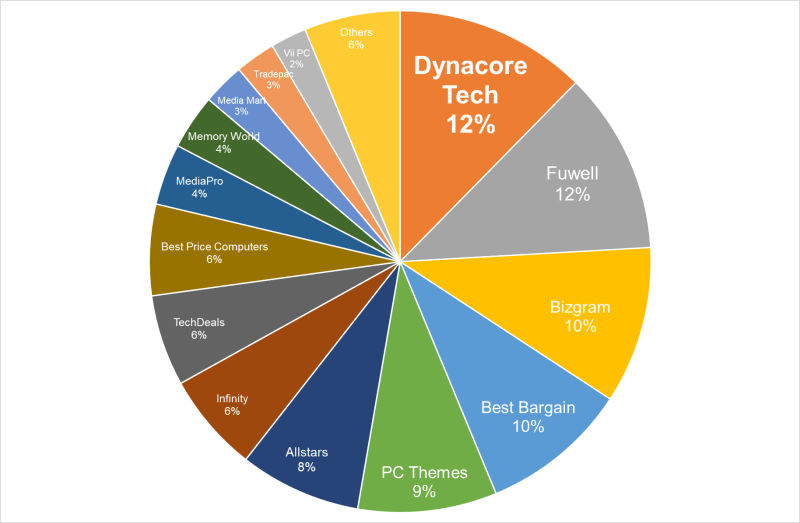 We’ve got a new winner in the Best PC Components Retailer category this year. Dynacore Tech crept up from the middle of the pack in the past two years to knock crowd favourite Fuwell off its pedestal, ending their 11-year consecutive winning streak. Yes, both brands look like they have the same 12% vote share on the chart above, but it came down to the actual vote count to determine the winner, and Dynacore Tech got 50 more votes, which is a tiny margin of win considering the thousands of readers who've cast their votes.