Putting together a list of the best games of the year is always an incredibly difficult task. There are so many titles to consider for the different genres and platforms - and most turn out to be great in their own ways. Despite the pandemic, 2020 was no exception to this rule, bringing us masterpieces like Doom Eternal and The Last of Us Part II, and the industry continued growing steadily as more people turned to gaming to stave off cabin fever.

TL; DR: there were many, many games that we loved playing, and finding our game of the year was no easy task. We went through and re-evaluated them on every possible criteria – gameplay, visual fidelity, audio design and most importantly, the fun factor.

Accordingly, we've cut the list down to just five GOTY nominees. Out of these five incredible titles however, one game stands out from the rest, delivering an experience that's not only streamlined, engaging and dynamic, but above all, immensely enjoyable. 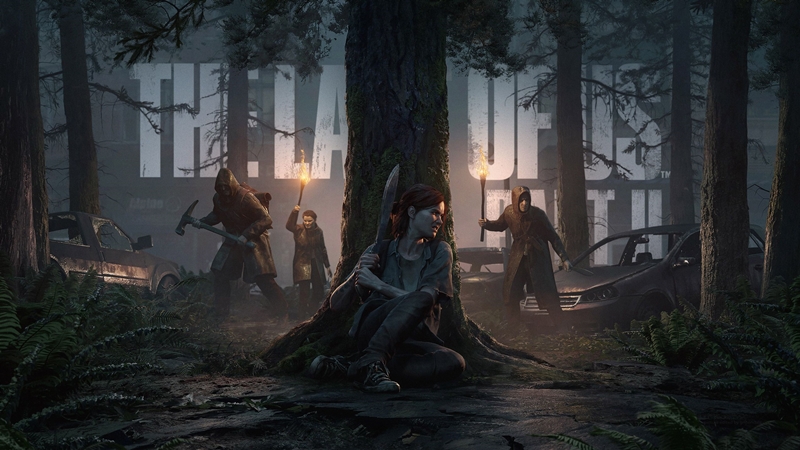 The discourse around The Last of Us Part 2 is well-worn territory at this point, but there is so much about this game that Naughty Dog simply knocked out of the park. On a gameplay level, it takes the stealth and crafting elements of the first game and amps it all up, throwing in a better level design that also affords the player more options in how they want to tackle a tense situation. The core gameplay loop of fighting through enemies (or finding ways to get around them) and learning about the fallen world via notes and environmental clues in between story beats is admirable in its worldbuilding.

The story has been the subject of intense debate, but we believe that it is the only way to move Ellie and Joel’s journey forward in a way that not only makes sense for this world, but feels true to its characters. Visually, it’s nigh-photorealistic at times, and fantastic performances from the main cast coupled with Naughty Dog’s incredible motion capture tech bring this grim story to life with aplomb. 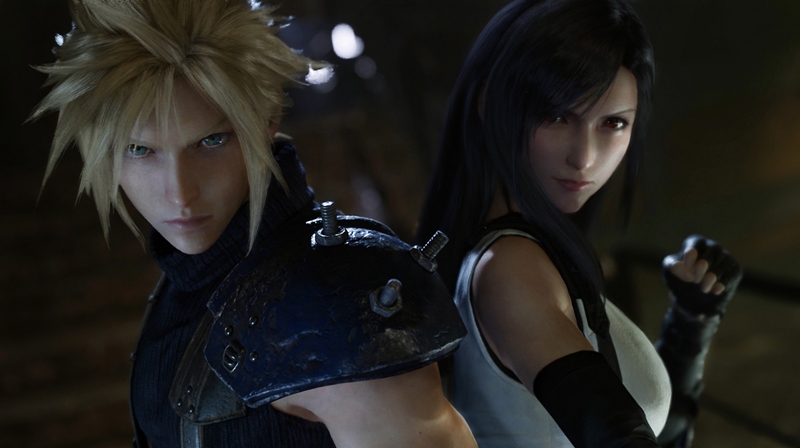 Honestly, this nomination should be a no-brainer. Taking to the streets of the Mako-churning metropolis, Midgar as Cloud Strife again in the Final Fantasy VII Remake is truly an experience to remember, and it's obvious that Square Enix has spared no expense bringing this marvellous world to life.

Each environment from the original game has been expanded upon with gorgeous visuals and a jaw-dropping sense of scale. Boss fights are epic and intense, owing to a fantastic battle system that seamlessly blended turn-based and real-time combat for something truly unique. Characters like Tifa, Barret and Aerith returned (with Yuffie on her way as well!), and we got to spend so much more time with them and learn what makes them tick. There's still a lot more where that came from, though - we haven’t even gotten to play its upgraded PlayStation 5 version yet! 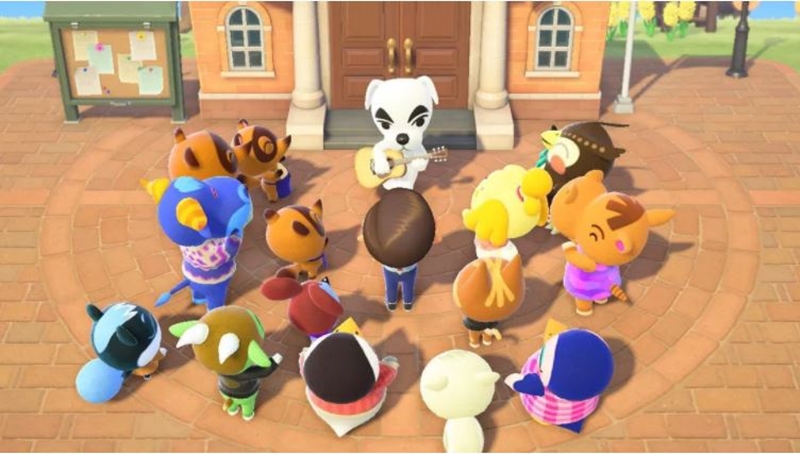 For a game that almost immediately saddles you with a mountain of debt, Animal Crossing: New Horizons is far cosier than it has any right to be. Playing this game is akin to lying in bed on a rainy day, binge-watching anime with a cup of hot cocoa. You can’t not love it. Nintendo’s sequel in a beloved franchise sports an adorable art style, wonderful music, lovable villagers and the ability to build an entire island paradise from the ground up. This is a game we’ve returned to again and again since its launch last year, and there’s always something new to dig into.

Even if there isn’t, why wouldn’t we want to drop by and say hi to Marina? What’s that, Marina? You want to leave? Oh, my sweet summer child. No one leaves this place. No. One. 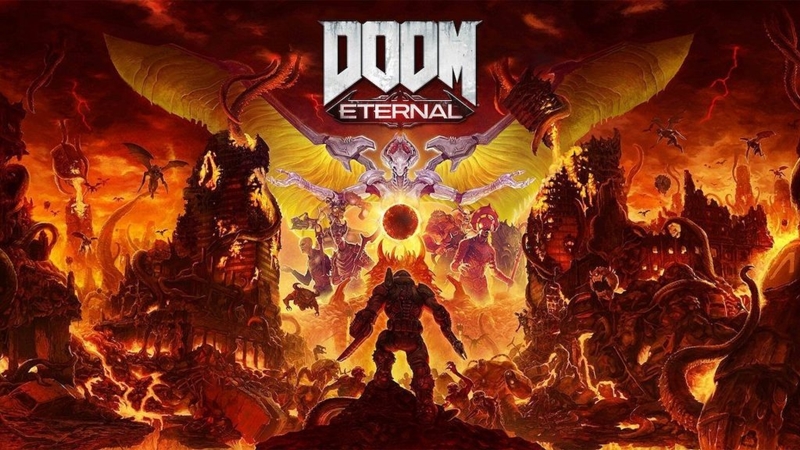 “There is only one dominant life form in this universe, and it carries a steel-barreled sword of vengeance.” Doom Eternal is an absolutely brilliant first-person shooter, perhaps even one of the best of all time. Gorgeous environments and varied level design provide jaw-dropping setpieces for players to explore in between all their demon-slaying.

Boss battles are showstoppers, and then they become dime-a-dozen enemies in brutally chaotic fights later on in the game. The bone-crunching sound design and head-bopping soundtrack pulls you through all this mayhem, as you hop from one demon to the next in search of something bigger and stronger to tear apart. Our hats are well and truly off - Id Software has perfected the Doom formula after more than 20 years with the franchise, and that is truly admirable. We can’t wait to see what they do next. 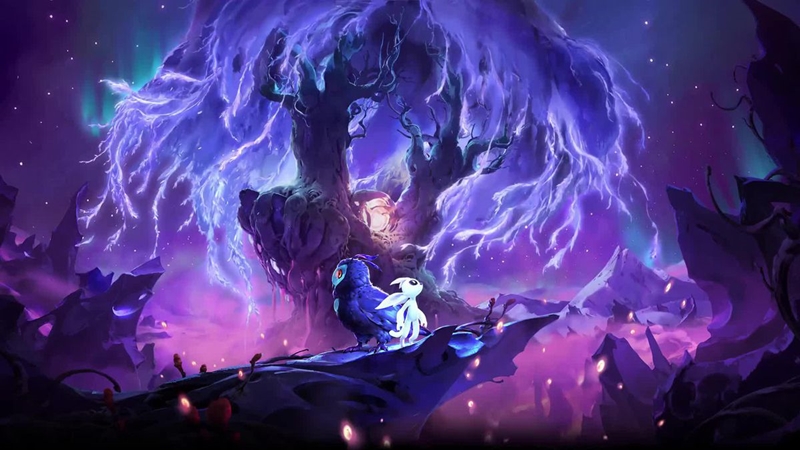 If you think it's odd that a platformer has made it all the way to our top five, rest assured that we were just as surprised as you. But there's no denying the facts: Moon Studios has delivered.

It's often said that beauty can take many forms, and while the simple, fantastical nature of Ori's adventure is a different ball game from the complex, detailed narratives of games like the aforementioned TLOU 2, that doesn't make it any less gorgeous. In a word, Ori and the Will of the Wisps is "magical", and as you get more and more enraptured in the forest spirit's journey, you just might find something you didn't realise you've lost along the way - that "childlike sense of wonder" that you used to have, exploring new and unfamiliar places.

Couple that with quirky, sparkly aesthetics and gameplay that's easily accessible to anyone, and you've got a title that really emphasises what we think a game should prioritise above all else - to put a smile on players' faces.

With that said, it's time to cue the drum roll, as we reveal our best game for 2020. 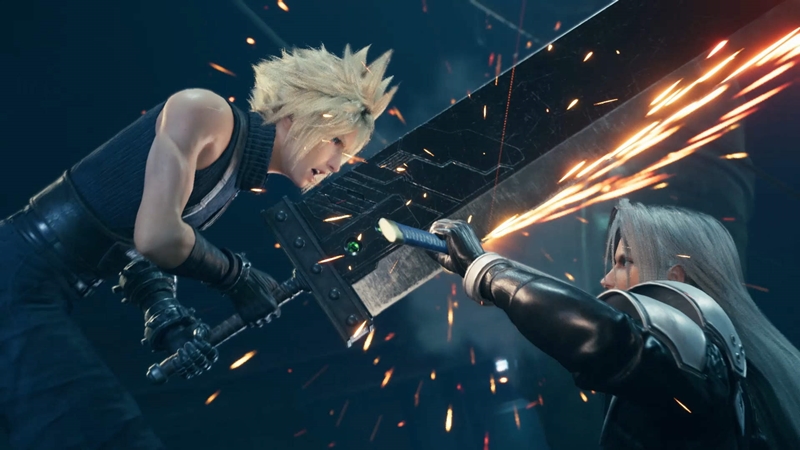 Yes - 2020's Game of the Year is none other than the Final Fantasy VII Remake, and boy was it a close fight. The game's development can be traced all the way back to 2005, when Square Enix first showed off a technical demo remaking the game’s opening for the PlayStation 3. 15 years later, we got a massive remake for the PlayStation 4 - not a complete one, but massive and amazing nonetheless.

Just like series protagonist Cloud himself, we felt the game really goes above and beyond the call of duty when it needs to, bringing back both the adrenaline of a pulse-pounding RPG and the nostalgic flavours of the original. We will admit the contest between the top three games was nothing if not neck-to-neck, but what sealed the deal for us this year was the sheer gameplay novelty and the awfully tangible nostalgia that the FF7 remake delivers in spades.

While TLOU 2 certainly deserves all the praise that has been lavished upon it, we felt it didn't really bring anything "new" to gaming - it's simply an excellent story-driven game that is also really well done. The same logic goes for Doom Eternal as well - we do have immense fun blowing demonic heads off without a care in the world but at its core, its formula is still the quintessential "point, shoot and repeat". Accordingly, we found that the FF7 Remake, which has been able to blend two previously incompatible gameplay formats into a single, cohesive package really challenges us with something that we've never seen before.

So, make no mistake, this is a truly exceptional game, and between its stellar blend of gameplay concepts, enrapturing narrative and flawless aesthetics, there are simply far too many reasons to love this modern take on one of gaming's most beloved franchises. A well-deserved win through and through.