5 hidden features inside Android 6.0 you need to know

5 hidden features inside Android 6.0 you need to know - part 1 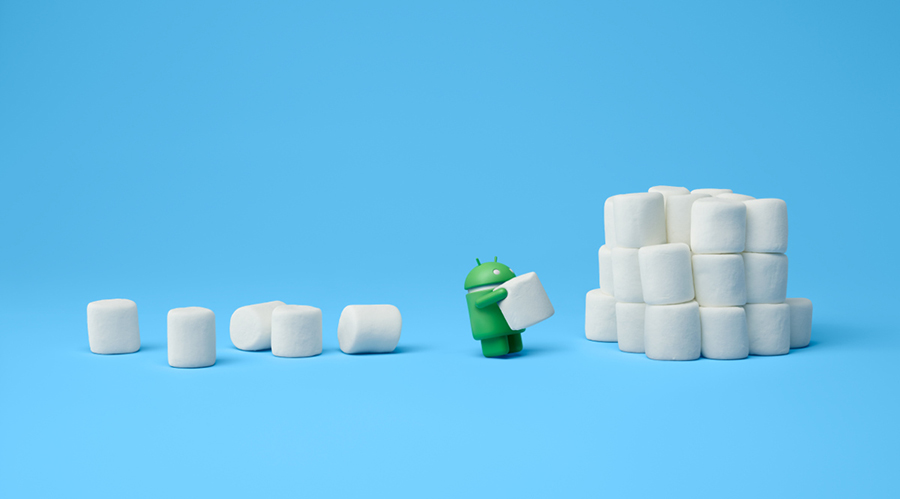 Unless you’re the proud owner of the Huawei Nexus 6P, you probably haven’t had the chance to experience the latest version of Android yet. Google’s latest Nexus phone may have shipped with Marshmallow, the yummy moniker slapped onto the most polished version of Android so far, but it’ll likely be a while before other manufacturers roll out their own updates. Check our news updates on what devices will get the Marshmallow update and their schedules:-

But while you’re sticking your neck out trying to catch wind of roasting marshmallows, here are some of the nifty features (not all of them are equally useful) that you can look forward to. Granted, some of them are dependent on manufacturers themselves to implement, but it’s nice to have the function there at the very least.

As with Android Lollipop, Google has snuck in a hidden Easter Egg in Marshmallow that you have to sniff out for yourself. The surprise this time is also a Flappy Bird clone like on Lollipop, but with some tweaks to suit the latest version of Android. Instead of giant lollipops that threaten to crush your droid avatar, you have to guide the tiny red droid through an endless parade of skewered marshmallows.

To launch the game, navigate to the ‘About Phone’ section in ‘Settings’ and tap the Android version repeatedly until a large ‘M’ icon appears. Tap the icon and a marshmallow with a pair of Android antennae will appear. After that, tap and hold the icon briefly (you have to do this a few times) until the game launches. Now, just try not to get killed by giant marshmallows! This feature is a little more useful than the first one. Marshmallow has a hidden System UI Tuner that you can call up by tapping and holding down on the gear icon. The gear icon will then spin to let you know that the activation was successful, and you’ll also see a pop-up toast message to that effect.

The System UI Tuner sub-menu will then appear at the bottom of your Settings menu. There are fewer options than its name suggests, but there are some useful options like the ability to select which notification icons you want to see in your status bar. This essentially means that you can keep your status bar uncluttered even if you have a lot of things going on at once.

On top of that, you can customize your Quick Settings panel by re-arranging the tiles or removing those that you don’t need. 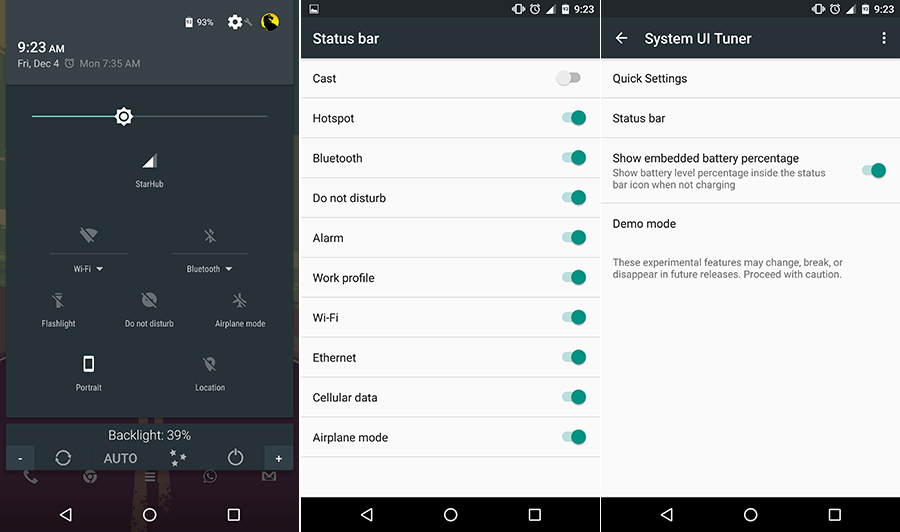 More tips on the next page!