Note: This review was first published on 9 November 2022. 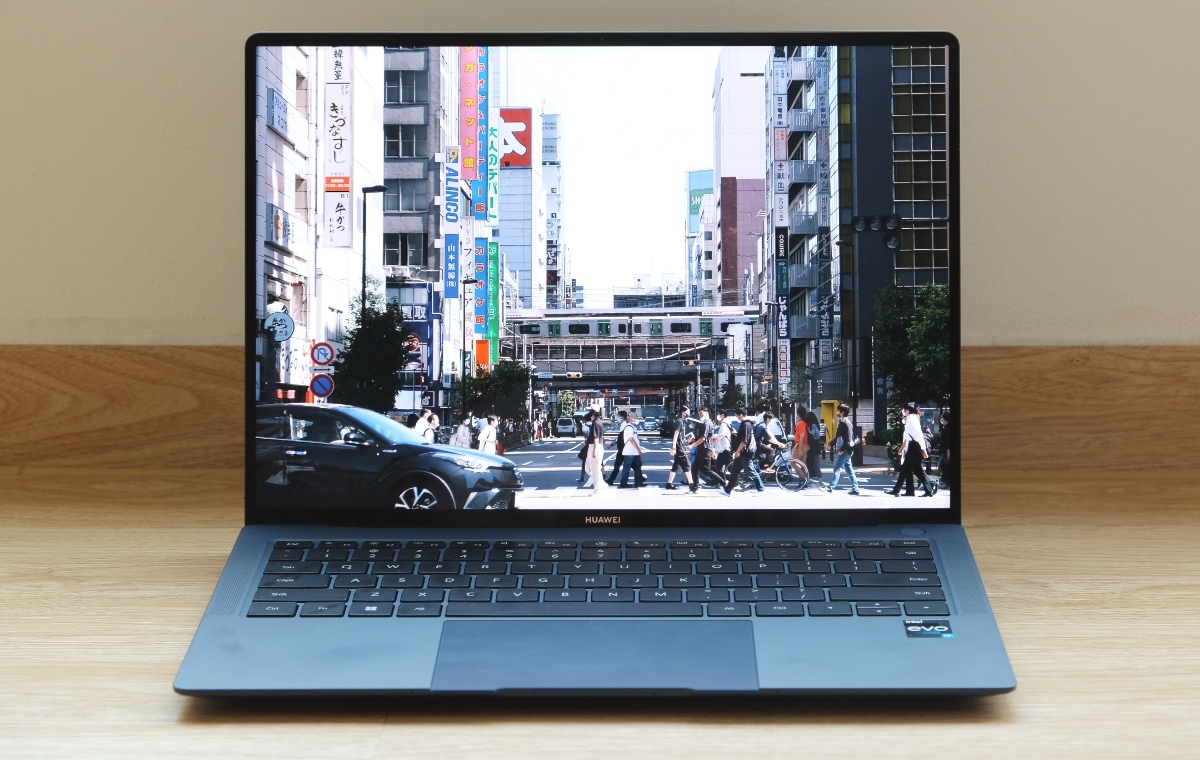 Huawei’s flagship ultraportable notebook is the MateBook X Pro and it has recently been given a thorough makeover. The key updates are its larger 14.2-inch display and Intel’s newest 12th Gen Core processors.

A mostly decent and well-rounded notebook that is let down by its high asking price. For the same money, there are fancier and more versatile alternatives. Buy only if you can find it at a heavy discount.

Although the display is larger, Huawei is sticking with a 3:2 aspect ratio which I find preferable for work. There’s more vertical space, so you can view a little more of a document, spreadsheet, or email. It has a resolution of 3120 x 2080 pixels, meets VESA’s DisplayHDR 400 standards, and supports the P3 colour space. Maximum brightness is claimed to be 500 nits, and it has an above-average refresh rate of 90Hz. This isn’t an OLED display, so blacks look more like dark grey, but even then, this is mostly a great display and I think most users will have no complaints. 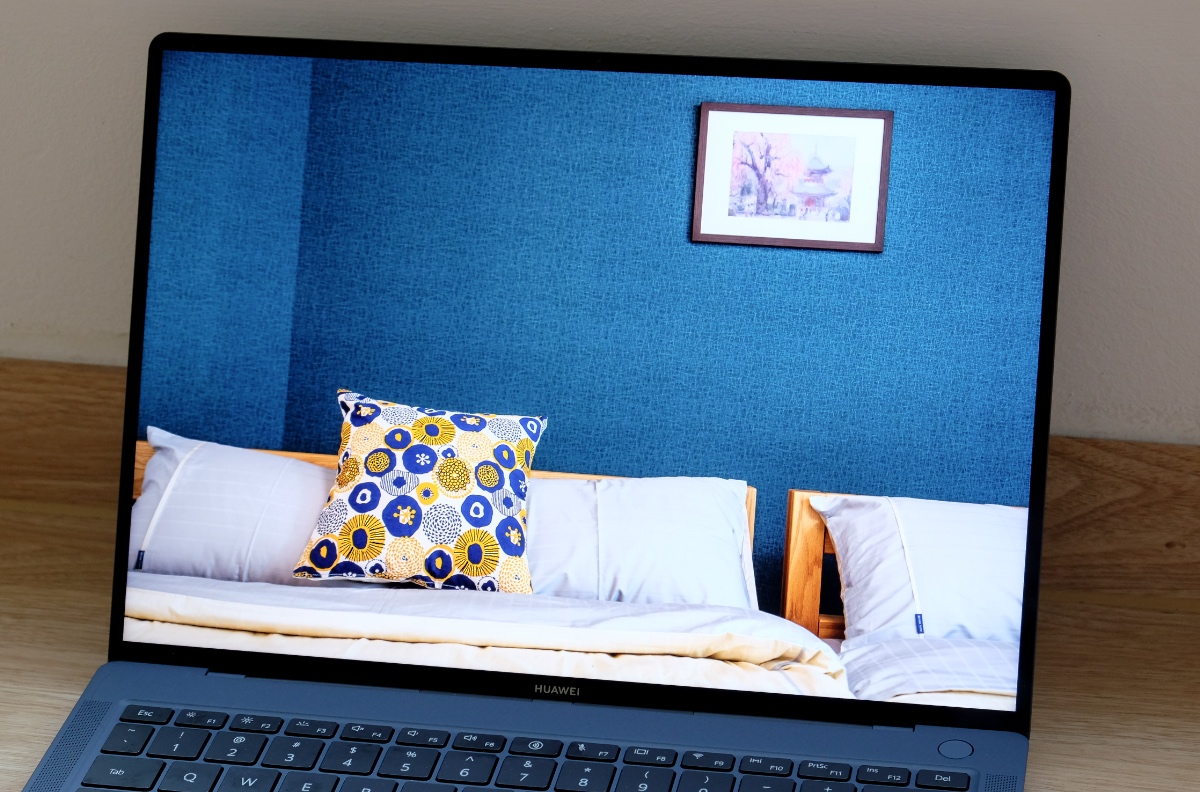 The chassis is made of magnesium alloy and it has a special coat to give it a textured finish that feels like some kind of soft-touch material. I’ve never felt a notebook that feels quite like this before. It almost feels like it’s in some sort of a notebook sleeve and yet it isn’t. And because it's magnesium, the MateBook X Pro weighs just 1.26kg. The bezels are thin and Huawei claims a 92.5% screen-to-body ratio. Consequently, the notebook, despite having a larger 14.2-inch display, is roughly the same size as most 13-inch notebooks. Thickness is at 15.5mm. All in all, the MateBook X Pro is a very portable notebook.

The other big change is under the hood in the form of Intel’s new Alder Lake 12th Gen Core processor. We are only getting a single processor option, and that’s the fairly powerful Core i7-1260P processor, which has four performance cores and eight efficiency cores. It should offer a good blend of performance and efficiency. This is paired with 16GB of LPDDR5 memory and a 1TB PCIe 4.0 SSD.

As for ports, you have four USB-C ports – two on each side. The two on the left support Thunderbolt 4 while the two on the opposite side are USB 3.2 Gen 2. You can also use any of the USB-C ports for charging. Apart from a 3.5mm audio combo jack, take note that you don't get any other ports. There is no HDMI port, USB-A port, or memory card reader.

The keyboard and trackpad are both good. The keyboard feels positive, the size is good, and the layout is sensible. That said, I would have preferred a smidge more resistance to the keys and an inverted “T” layout for the arrow buttons. Also, the keys are prone to smudges as you can probably tell from the photo below. The clickable trackpad is large, accurate, and responsive. Curiously, the trackpad extends to the bottom of the notebook so there’s a notch at the bottom. 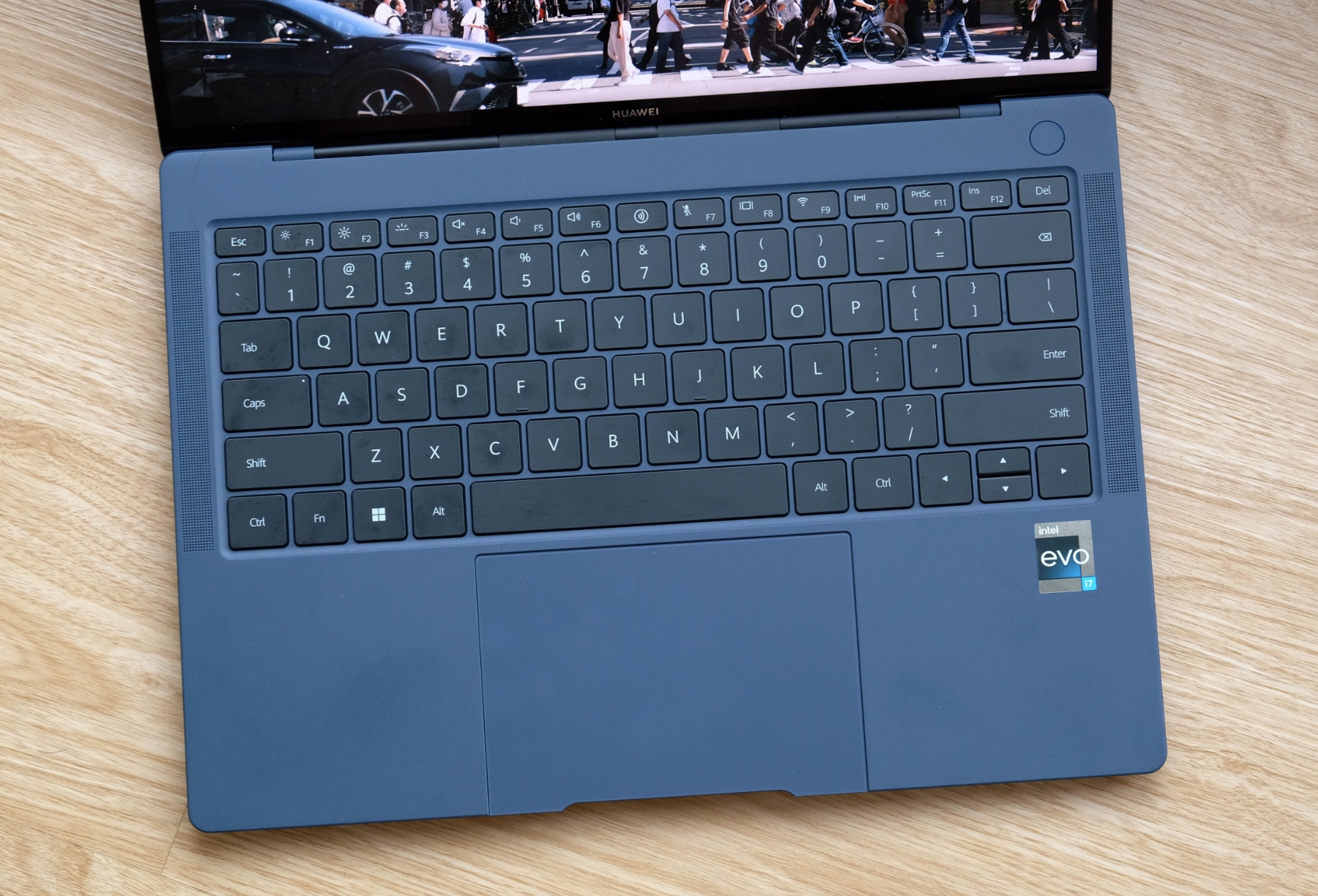 The web camera, which used to be hidden in a button, has been repositioned to the more conventional position above the display. Though the image quality isn’t the best since it’s only a 720p unit, at least you have more flattering camera angles. Huawei says the MateBook X Pro has a six-speaker sound system and it does get remarkably loud. Sound quality, however, is only slightly above average. There’s palpable bass when you turn up the volume and distortion is kept to quite low levels even at high volumes. However, it sounds muffled.

If you own other Huawei devices like a phone or tablet, then you’ll be happy to know that the new MateBook X Pro supports Huawei’s Super Device feature which lets you do pretty cool things like use apps from your Huawei phone on the MateBook X Pro, or extend the MateBook X Pro’s display by using the MatePad as a secondary display. If this sounds somewhat familiar, it’s because you can do the same with Apple devices as well. Unfortunately, I didn’t have other Huawei devices with me to test this feature out.

Write a Review
Compare This | Specifications
Nice 3K display
Four USB-C ports
Thunderbolt 4 support
Above average battery life
Integration with other Huawei devices
Pricey
Only USB-C ports
Only 720p webcam
Our articles may contain affiliate links. If you buy through these links, we may earn a small commission.
Sponsored Links