Maybe the Pixel was never meant to be a flagship device

It took a long while, but the Google Pixel 4a is finally here. Like the Pixel 3a, the Pixel 4a attempts to offer a premium Android experience at a far more affordable price, cutting out expensive hardware bits and packing everything into a smaller phone. The Pixel 3a was a big hit with reviewers and consumers alike, and Google is clearly trying to replicate the same success with the Pixel 4a.

At S$499, the Pixel 4a is poised to attract a swath of users on the hunt for a capable Android device that won't break the bank. Compared to the Pixel 3a, the Pixel 4a offers upgraded storage and RAM, faster performance, and an even more attractive price tag. For those looking to enjoy Google's software smarts, a pure, unfettered Android experience, and regular OS updates, the Pixel 4a looks more than up to the task. 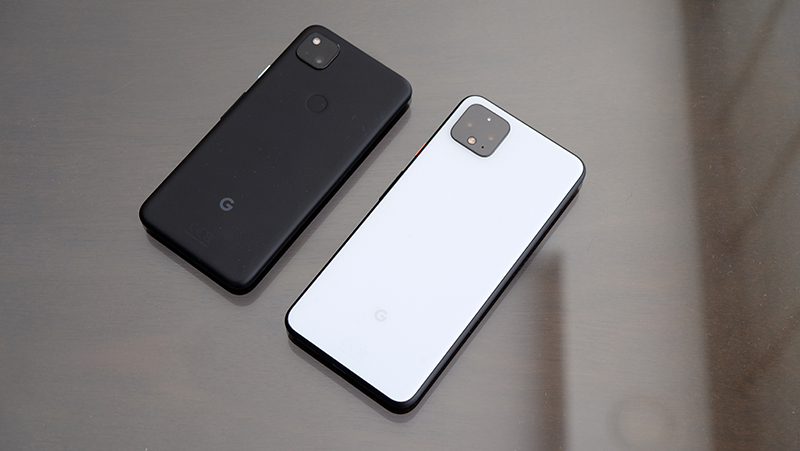 I think the new Pixel 4a may be the most popular Pixel from Google yet, at a time when rumours are already swirling that the Pixel 5 will also be more of a mid-range device and ditch flagship-tier specs for the first time. The attractive price tag aside, the new budget Pixel phone boasts solid specifications, a battery that's even larger than the one on the Pixel 4, and a compact design that lends itself easily to one-handed use. It is a supremely well-rounded device, offering many conveniences in a very attractive package.

It is available in just one colour – Just Black – but in typical Google fashion, there's a pop of colour in the form of a contrasting mint-coloured power button. The design is relatively modern, and this is the first phone from Google to ditch the notch and top bezel entirely in favour of a discreet pinhole camera cutout in the top left corner. This means there's none of that fancy Motion Sense and Face Unlock tech you see in the Pixel 4 and Pixel 4 XL. In their place, the Pixel Imprint fingerprint sensor makes a return, and I may actually prefer it as a way to unlock the phone. It takes seconds to set up and allows for quick and reliable access to the phone. Swiping down on it also lets you pull down the notification shade, which I really missed being able to do on the Pixel 4. 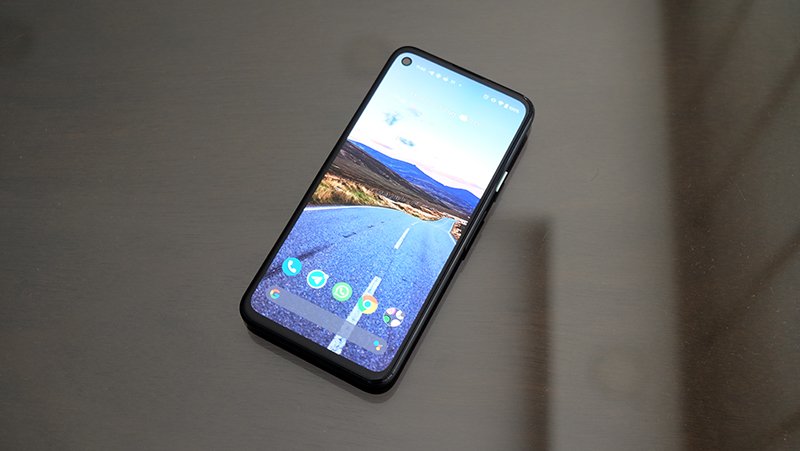 I'd like to see a similar design on the Pixel 5, especially since Motion Sense hasn't really proven itself to be super useful in the nearly one-year since the Pixel 4 has been out.

Those who have decried the removal of the headphone jack from the vast majority of modern smartphones will also be happy to see that the Pixel 4a has retained the 3.5mm jack from the Pixel 3a. There are no headphones in the box, however. 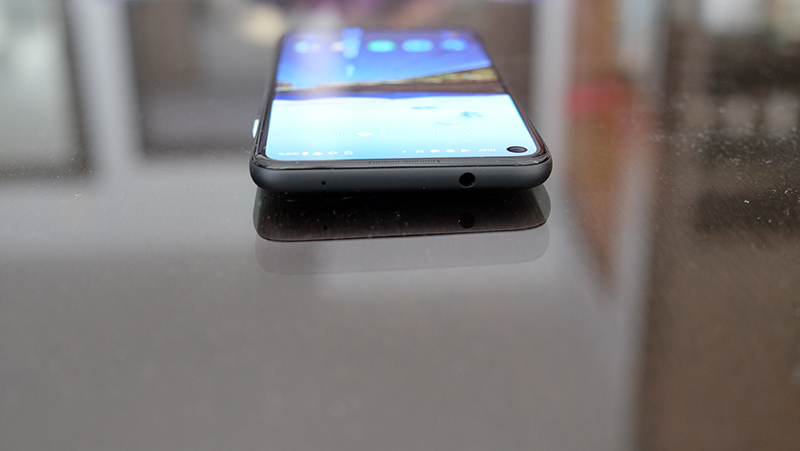 Build quality feels solid, but the phone unsurprisingly features a matte black polycarbonate back in place of the glass on the Pixel 4. The back curves around the sides of the phone as a single, uninterrupted piece, and there's no metal frame as in the Pixel 4 either. That said, the phone is slim, light, and easily pocketed – I really enjoyed being able to text with it using just one hand, something that I'm not able to do with the Pixel 4 XL. The screen is actually larger than the 5.6-inch display on the Pixel 3a, but Google has managed to cram it onto an even smaller body. It is topped by Gorilla Glass 3, an upgrade from Asahi's Dragontrail glass on the Pixel 3a.

Having said that, there's no doubt that the Pixel 4a feels like a budget, almost kiddish version of the Pixel 4. I wouldn't go so far as to say that it feels cheap, but it is immediately apparent when you pick it up that this is a phone targeted at more budget-conscious buyers.

Round the back, Google has retained a smaller version of the distinctive square camera bump on the Pixel 4. It houses just a single 12.2-megapixel shooter and the flash, so it almost seems like Google stuck to a similar design mostly to achieve a certain consistency in the Pixel 4 line. Unsurprisingly, the bump also protrudes less than it does on the Pixel 4, so it's less likely to snag on edges or get in the way of you laying your phone flat on the table. 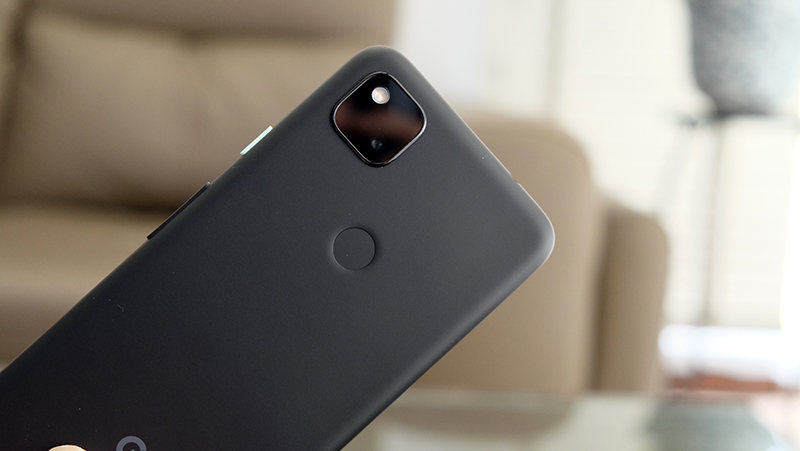 The 5.81-inch display looks a lot better than the one on the iPhone SE, mostly because of how much thinner the bottom bezel is. The display is crisp, sharp, and bright, although it still struggles under direct sunlight. Colours are accurate and vivid, but the phone is missing the Ambient EQ feature on the Pixel 4, which can dynamically change the screen colour temperature to match your surroundings.

Other features you give up coming from the Pixel 4 are the IP68 water-and-dust resistance, but I don't see this being much of a deal breaker at this price point, even if it does mean that you'll have to be extra careful with it. 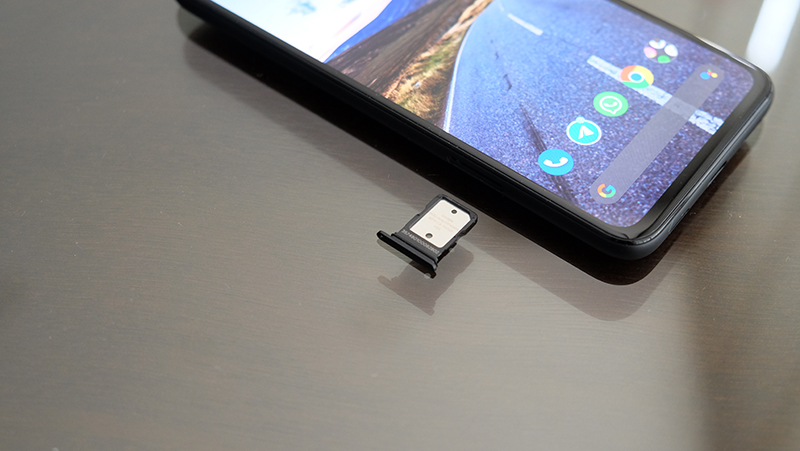 Finally, Google is ditching its Active Edge feature, a mainstay on the Pixel line since the Pixel 2. Active Edge let you squeeze the sides of the phone to access the Google Assistant, and while it could be convenient, it could also activate accidentally, even with the user-configurable sensitivity settings. Either way, this isn't that big of a loss, and I didn't miss it at all.

There is also no support for wireless charging, and you'll have to rely on the included 18W USB-PD 2.0 adapter in the box. 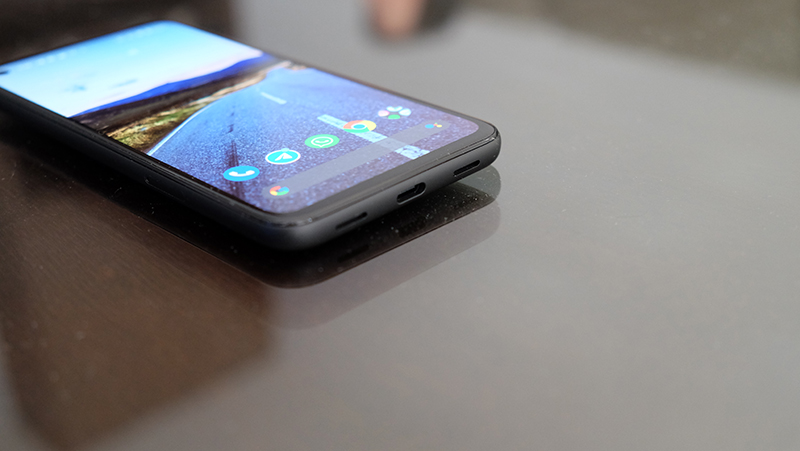 There is just one storage configuration available, which thankfully comes in at a decent 128GB. This is the first time that a Pixel phone starts at 128GB of storage as well, and it's nice to see this available on a mid-range device, particularly as there is no option for expandable storage. The Pixel 4 being offered in a measly 64GB was one of my biggest gripes with the phone, and I'm happy to see Google do away with that entirely. This is particularly significant as Google also removed support for unlimited photo storage at original quality on the Pixel 4, so the extra onboard memory is much appreciated.