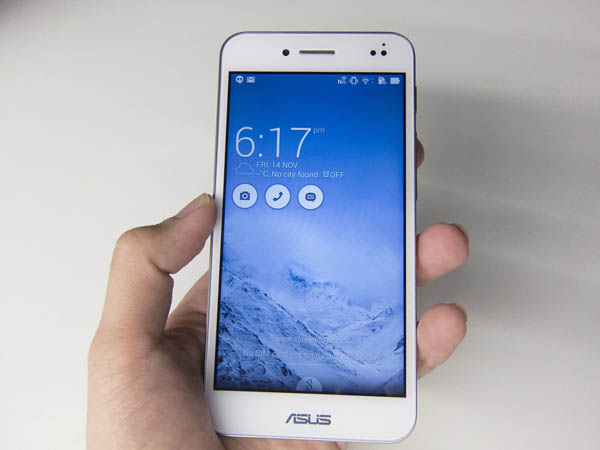 The ASUS PadFone series has been around for two years now, and continues to be the only 2-in-1 phone-tablet hybrid around. The basic form factor has remained unchanged since the original PadFone was released in April 2012, in which the smartphone can be docked into a tablet, turning it into a full tablet device. After the original PadFone, ASUS released the PadFone 2 later that year, and followed up with the PadFone Infinity in 2013. This year, ASUS released the PadFone S (also known as the PadFone X in the U.S. market - the only difference between the two is that the X is fitted with the slightly older Qualcomm Snapdragon 800 processor).

The PadFone has always been at the top of ASUS' phone line-up, with the Infinity originally retailing for S$898. However, with a number of handset manufacturers now releasing flagship devices at much lower prices, such as the OnePlus One and Xiaomi Mi 3, ASUS has followed suit, and drastically slashed the launch price for the PadFone S, which retails for just S$449.

But to achieve this price, what compromises did ASUS have to make? Can the PadFone S still be considered a premium flagship device and a worthy sequel to the PadFone Infinity? Or is the S just a budget entry to ASUS' PadFone range? We find out.

First, let's take a look at the specs, and how the S compares to the old Infinity: 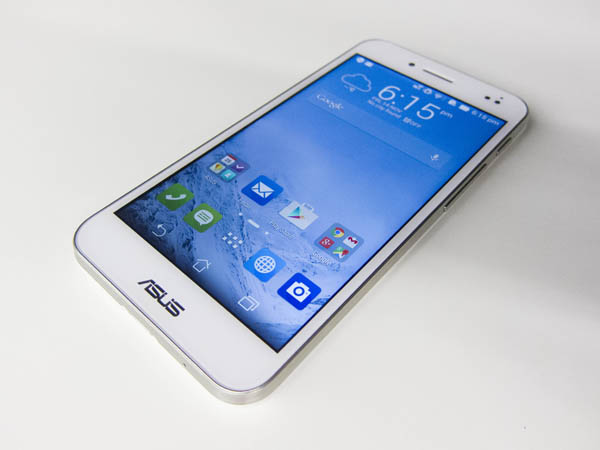 Picking up the PadFone S, it's immediately obvious that it is significantly thicker than other flagship models, and indeed, at a chunky 10mm, it's actually thicker than its predecessor, the PadFone Infinity (8.9mm). PadFones have never been thin, due to the internal hardware required to make the tablet dock connection work, but it's always disappointing to see a new model increase in thickness. Actually, the S is the thickest PadFone ever - even the original first generation PadFone was thinner  at 9.2mm. Looking across devices that are not far from the PadFone S price range, such as the Motorola Moto X (2014), a flagship device, it's also spec'ed to have a 10mm profile, although it does taper dramatically at the edges, whereas the PadFone S remains 10mm throughout. 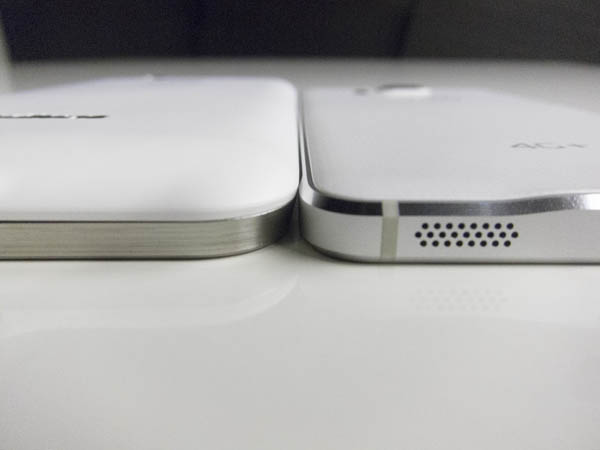 Despite its bulk, the phone isn't too heavy, coming in at 150g, which is slightly over average but nothing too alarming - putting it on par with flagship devices like the Samsung Galaxy S5 or Motorola Moto X. Like the previous PadFone Infinity, the PadFone S sports an aluminum frame with chamfered edges. However, the rear gets a downgrade design-wise as it's now a removable polycarbonate plastic. It feels quite cheap, and it's certainly not up to the quality of previous PadFones that sport aluminum backing.

The power and volume buttons are found on the right side of the phone, and the micro-SIM and microSD card can be found under the rear cover. Despite the rear cover being removable, the battery is sealed and can't be removed. 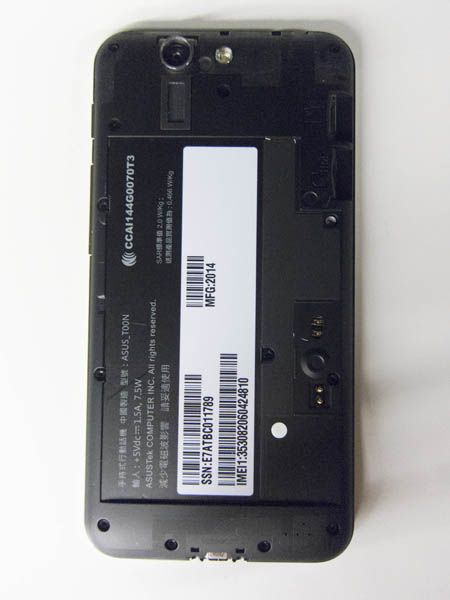 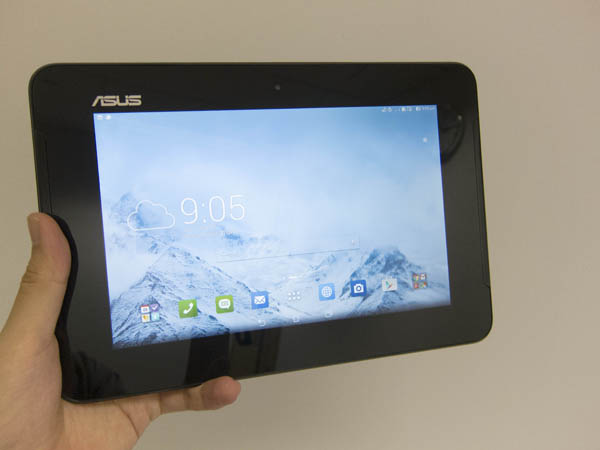 Like other PadFones, the PadFone S can be docked into an optional docking station to transform it into a tablet. This time round, you'll get 9-inch form factor for an additional S$199. You can dock the phone by sliding it into the back of the tablet, no reboot is required, and the phone switches to and from tablet form in less than three seconds. 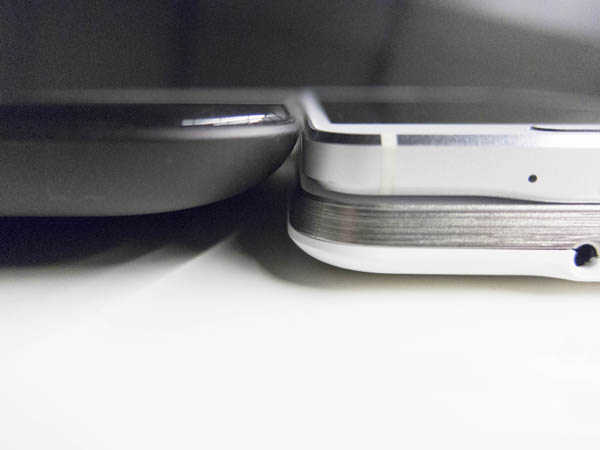 If the PadFone S is considered thick, then its docking station could be considered practically monstrous. While the tablet itself is only 11.6mm thick, which isn't too bad, the docking section is much thicker, and sticks out the rear. This results in a tablet that is effectively thicker than most Ultrabooks and even some multimedia notebooks. It could be due to the extra battery in the dock, but nonetheless, most users will find the tablet to be too bulky for practical use.

The combined weight of the docked PadFone S is not flattering either. The dock weighs 514g - more than three times the PadFone S. Combined, the two weigh 664g, which by current standards, is too heavy for everyday tablet use. 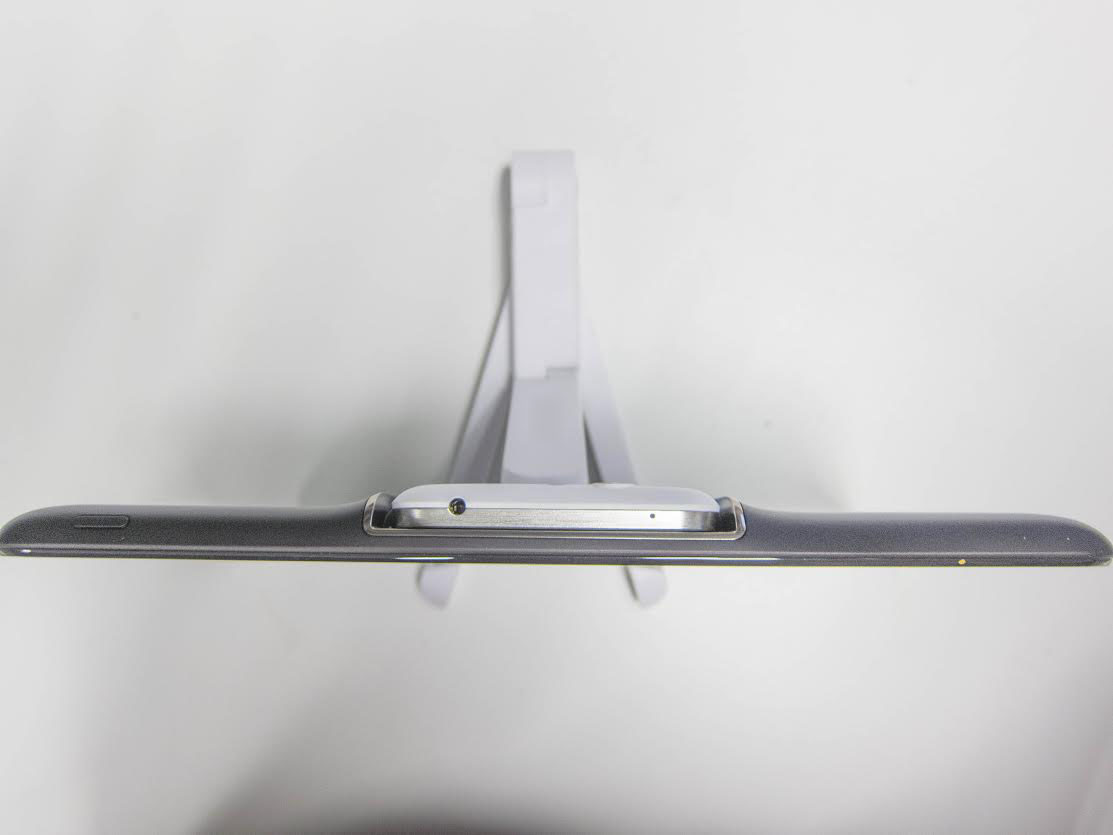 The ASUS PadFone S is equipped with a 5-inch Super IPS+ LCD screen, with a 1920 x 1080 pixels resolution. This gives it a pixel density of 441 ppi, which yields very crisp and sharp images; pixels are indiscernible under such pixel density. On the other hand , the color reproduction of the screen is rather average. While it retains color at wide viewing angles, it doesn't fare well compared to Samsung's Super AMOLED, Microsoft's ClearBlack or Sony’s Triluminos and X-Reality displays.

The display on the docking station is also rather average in quality. Sporting a 9-inch screen with a 1920 x 1200 pixels resolution, it falls short of other flagship tablets, such as the Apple iPad Air 2  (2048 x 1536 pixels) and Galaxy Tab S series (2560 x 1600 pixels). Yielding a pixel density of 251 ppi, the display is rather unimpressive, although the viewing angles are still fairly good due to the IPS screen.

Regarding the audio subsystem, the speaker on the PadFone S is located just right below the camera lens - in a mono configuration. Despite that, audio output is fairly decent. It is even better when docked, as the speakers are front-facing on both sides of the tablet dock, in stereo configuration, making it ideal for watching movies. 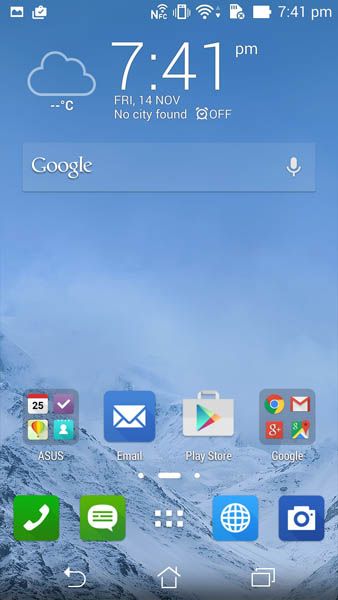 The ASUS PadFone S runs on Android KitKat (4.4.2), with ZenUI overlay. ZenUI is loaded on most phones released in 2014, including the ZenFone series and the recent Transformer T103C. We have covered the ZenUI extensively previously, many of which are common across all ASUS ZenUI equipped devices.

With the PadFone S and ZenUI, ASUS has continued the tradition of being able to smartly transition between phone and tablet form. The ZenUI interface looks identical to the ZenFone series’s interface when undocked, and is reminiscent of the Transformer 103C when docked. In both modes, ASUS has made the ZenUI experience as close to stock Android experience as possible, with the notable exception of the tablet having only a single app drawer, instead of two in the stock Android KitKat interface.

One notable UI problem with the PadFone S is that ASUS has not implemented the multi-user capability that is present in all Android tablets running Android KitKat. This is probably due to the fact that the PadFone S is ultimately still a phone at its core, and as such, ASUS can only implement features that are common in both phone and tablet form. Still, given that Android Lollipop, the next iteration of Android OS, offers multi-user support on phones, we hope to see the feature being implemented in a future update (if available).