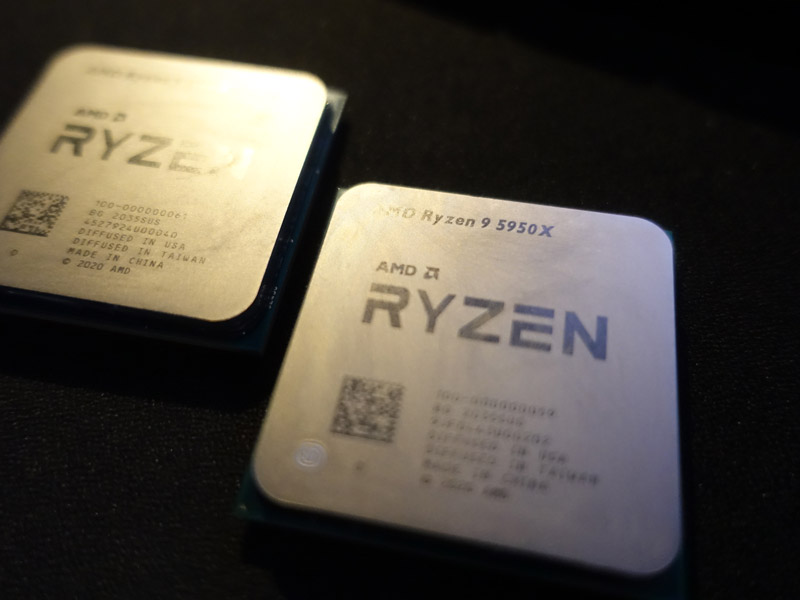 The tide is now red

Since time immemorial in the world of personal computing, there was an unspoken belief that if you’d wanted strong multi-threaded performance for content creation and professional applications, an AMD machine will have to be your choice. Conversely, if single-core speed and superior gaming performance are your goals, then Intel always have the best CPU for you.

Based on the new Zen 3 architecture, the 5000 Series is made up of the new quartet of 5600X, 5800X, 5900X and 5950X. AMD has claimed the new architecture offers benefits in terms of core-to-core and core-to-cache communication, as well as reductions in memory latency. The 5900X, in particular, is heralded by the company as the “best processor” for PC gamers alongside the 5950X for both gamers and content creators. These are the two processors that I've reviewed in this article

Launched today at S$849, the Ryzen 9 5900X is a 12-core/24-thread Socket AM4 processor that replaces the Zen 2-based 3900X. It is also compatible with any motherboard that supports Ryzen 3000 series processors, which is essentially all X570 and B550 motherboards. A BIOS update will be required but there is really all there is to it, giving you another reason to go for a Ryzen option as it just seems to be the better upgrade choice. Even the older B450 and X470 motherboards will work with the new processors too, although the necessary BIOS will not be available until January 2021 at the earliest. Intel’s current 10th-Gen processors, on the other hand, required a completely new socket and motherboard (Z490), a move that understandably upset gamers who had to invest in a new motherboard to upgrade to the new processor (again).

It is also worth noting that this is not even AMD’s most expensive gaming-focused processor. That bragging right goes to the halo product, the Ryzen 9 5950X, which cost a very cool S$1,249 (more about it later). For comparison’s sake, the Core i9-10900K launched at a lower price than the 5900X but unfortunately price of it has since drifted northward to S$899 today, which adds to another disadvantage for Intel at this stage.

Of course, price is but one part of the story. Let’s understand a little bit more about the Zen 3 architecture and what makes it special.

You would be forgiven for assuming that the Zen 3 is a straightforward evolution of Zen 2 – they are both using TSMC’s 7nm node, after all. However, AMD has redesigned the architecture from the ground up to increase efficiency and IPC performance by 19%, which is not exactly the sort of boost that comes easily. Intel would know – their last few generations of processors only had modest incremental improvements. The biggest fundamental change Zen 3 does offer over Zen 2 is the way the cores are configured now. Zen 2 has up to four cores per core complex (CCX) with each four-core cluster having access to 16MB of L3 cache. If a core from one cluster wants to access the L3 cache from another cluster it must communicate with that cluster through the I/O die using the Infinity Fabric. Zen 3 however, has an eight-core design where all eight cores can access 32MB of L3 cache directly, and it doesn't need to go through the I/O die to do so. This change not only cuts down on latency when cores are communicating with each other, but it also means that each CCX has access to a full 32MB of L3 cache, rather than being limited to 16MB of the same stuff on Zen 2.

In short, this means that while on paper the Ryzen 9 5900X  and 5950X have the same amount of L3 Cache as their predecessors - the Ryzen 9 3900X / 3950X at 64MB - each core has direct access to 32MB on the 5900X, rather than 16MB on the Zen 2 equivalents. This change has a massive boost for gaming performance, because modern games often rely very heavily on speedy cache and lightning memory access, so more cores having access to a larger block of L3 cache can see an uptick in performance all on its own.

The 5900X and 5950X are the newest flagships in the Ryzen 9 family of processors. Both are built on the same Zen 3 architecture, the process node, chipset, and PCIe 4.0 compatibility are identical in both CPUs as is, impressively, the TDP. Both processors even have the same L3 cache. In the key metrics of clock speed, core count, and thread count, however, the two CPUs differ. 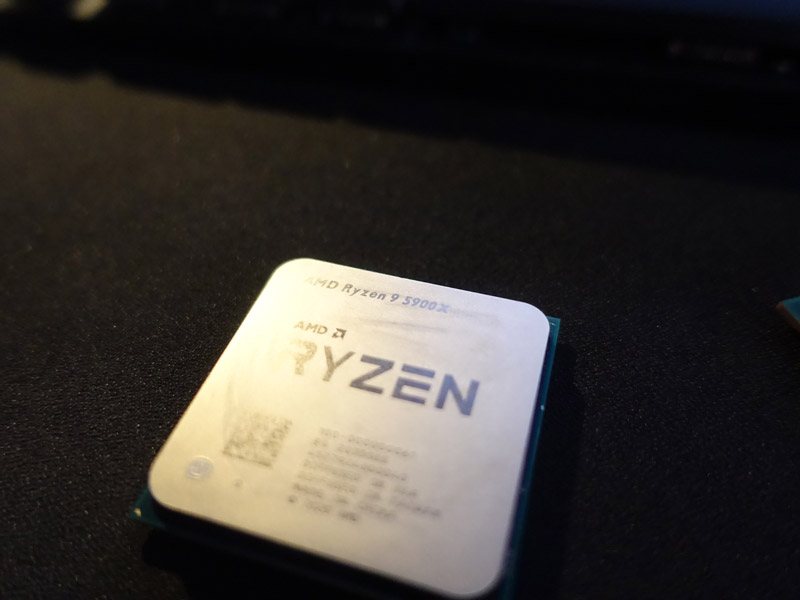 The 5900X, with a faster 3.7GHz base clock, is geared towards the high-end gaming market and is the direct challenger to the incumbent Intel Core i9-10900K. In the battle for the “best gaming processor” crown, this processor is AMD’s hat in the ring.

The 5950X on the other hand, is designed and targeted with different users in mind. AMD has marketed the 5950X as its “best of both worlds” processor, those worlds being gaming and content creation. This is a fairly bespoke and interesting option and does not have a direct competitor in the Intel consumer product range, but rather, it goes up against Intel's high-end desktop (HEDT) offerings. However, even the 18-core Core i9-10980XE might have trouble catching up with the Ryzen 9 5950X and since it's an older and more expensive platform we'll be giving it a miss in today's article.

So here's how AMD's top 2020 processors for gamers and content creators stack up, along with Intel's and the older 3900XT for comparison:-

Now let’s go check out how the new CPUs perform in our benchmarks in the following page.

Write a Review
Compare This | Specifications
Great single-core and multi-core performance
Excellent options for gamers and content creators
Low TDP
Compatible with B400, B500, X400 and X500-series motherboards
Smart Memory Access feature allows for performance boost with upcoming Radeon 6000-series cards
Most expensive AMD chips yet
Stock availability might be a challenge at launch
No bundled cooler
Our articles may contain affiliate links. If you buy through these links, we may earn a small commission.
Sponsored Links