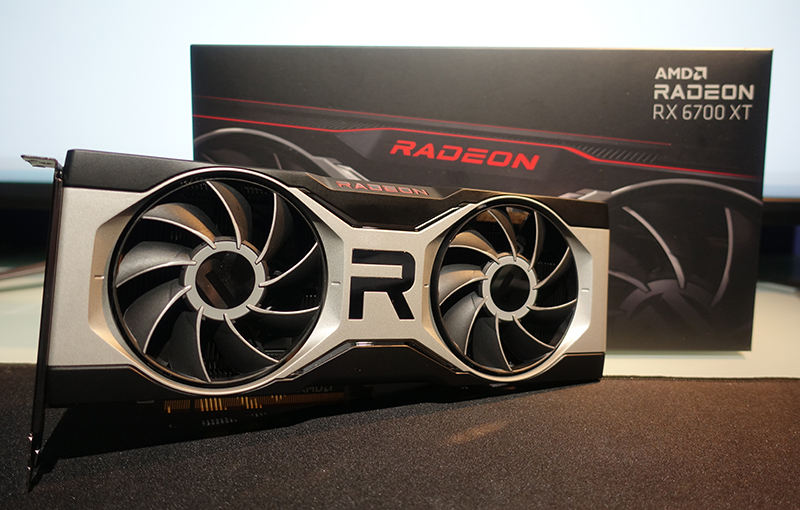 The AMD Radeon RX 6700 XT arrives in the middle of a global GPU shortage, promising performance that sits neatly between the NVIDIA GeForce RTX 3060 Ti and RTX 3070. It is the direct successor to the Radeon RX 5700 XT and built on second-generation RDNA 2 architecture. Featuring the Navi 22 GPU core, which is basically a cut-down version of the Navi 21 found in the Radeon RX 6800 XT, the Radeon RX 6700 XT brings RDNA 2 to a slightly more accessible price point at US$479.

That said, this is still a relatively high-end card, and anyone looking for a truly affordable 1080p gaming on AMD's latest architecture will have to wait a while longer.

As an RDNA 2 card, it packs 96MB of Infinity Cache, still more memory, even higher clock speeds, and of course, Ray Accelerators. Infinity Cache was first introduced on RDNA 2 as a way to get around the need for a wider, more power-intensive memory bus without sacrificing memory bandwidth. The benefits of this are evident in the Radeon RX 6700 XT, which features a narrower 192-bit memory bus width compared to the 256-bit on the Radeon RX 5700 XT. And despite its significantly higher clock speeds, the total board power has increased by a mere 5W to 230W, evidence of the power efficiency gains AMD has made with RDNA 2. 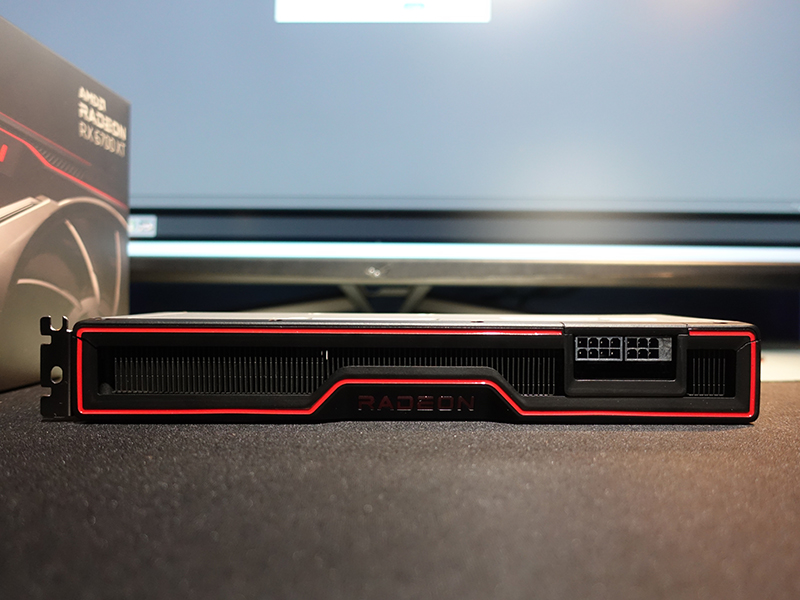 The amount of VRAM is another one of the headline features – the Radeon RX 6700 XT features 12GB of GDDR6 memory, compared to the 8GB on the GeForce RTX 3070.

The final thing that needs mentioning is the Ray Accelerators, which debuted on RDNA 2 and help bring hardware support for ray tracing to AMD. That said, the Radeon RX 6700 XT comes with just 40 Ray Accelerators, a modest number that doesn't put it in the higher echelons of ray tracing cards.

Here's an overview of its specifications and how it compares to the higher-end Radeon RX 6800 series and the Radeon RX 5700 XT:

The Radeon RX 6700 XT also supports PCIe 4.0, which allows you to take advantage of Smart Access Memory if you have an AMD 500-series motherboard and Ryzen 5000 processor for a small performance boost. 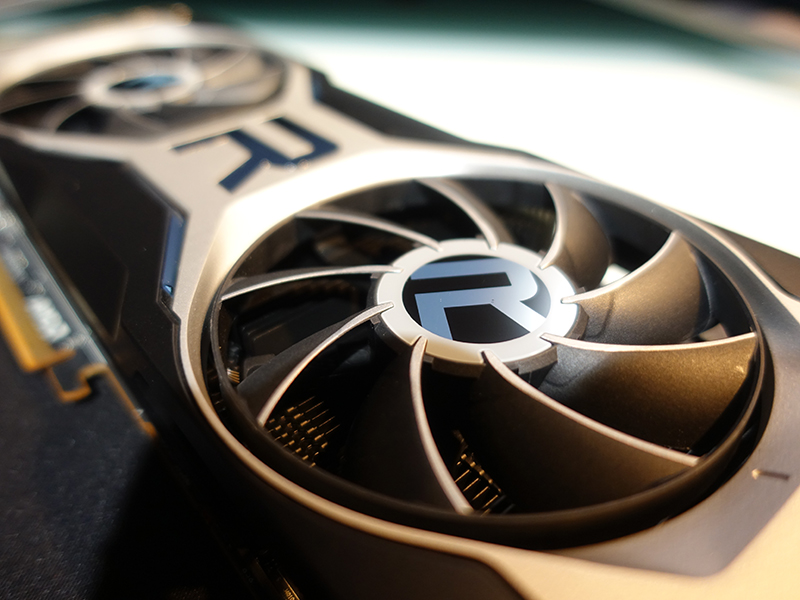 Elsewhere, AMD has also ditched the blower-style cooler it usually favours for an open-air design that runs cooler and quieter. The reference card adheres to a reasonably compact dual-slot design, measuring just 267mm long. It is powered by 6-pin and 8-pin connectors, so unlike with NVIDIA's GeForce RTX 3000 series Founders Edition cards, your regular power connectors will still work. Compared to the Radeon RX 6800 XT however, the Radeon RX 6700 XT has just two axial fans instead of three, complete with support for a zero RPM fan mode for less noise.

The Radeon RX 6000 series has really improved in terms of design from the previous generation, and the card now boasts a hefty diecast aluminum frame for improved structural rigidity. AMD is talking up the PCB design too. It's apparently a 10-layer PCB with two layers of copper, complete with nine-phase voltage regulation to ensure the card remains stable.

Write a Review
Compare This | Specifications
Solid 1440p performance
Uses standard 6-pin and 8-pin power connectors
SAM provides performance boost when paired with Ryzen 5000 chips
Not always faster than the NVIDIA GeForce RTX 3060 Ti
Performance can vary significantly depending on the game
Runs hotter than competing NVIDIA cards
Our articles may contain affiliate links. If you buy through these links, we may earn a small commission.
Sponsored Links