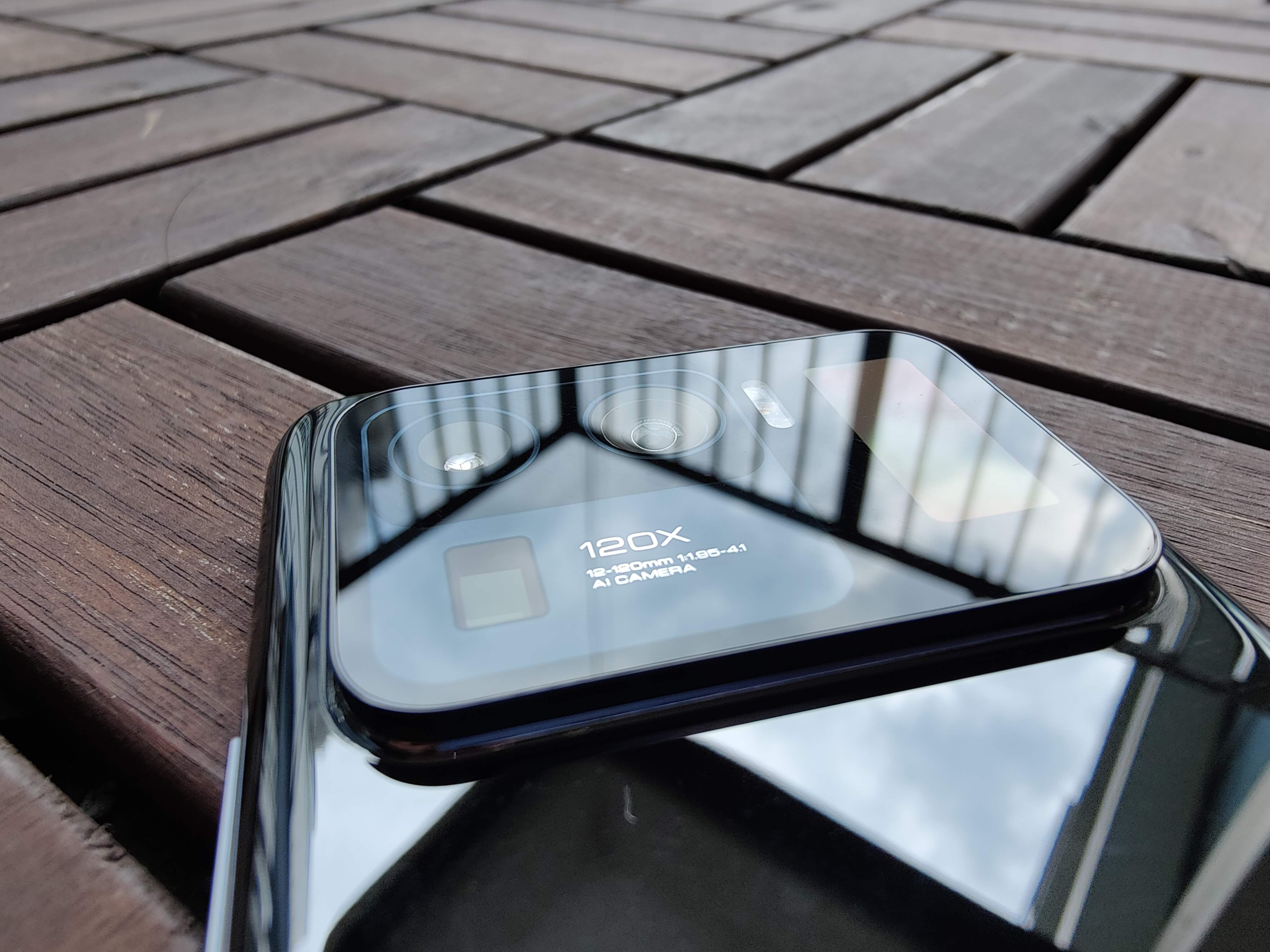 You can't buy it... officially. Should you anyway?

Another great one bites the dust: only a few days back, a missive landed on our desks all but confirming that Xiaomi's new standard-bearer, the Mi 11 Ultra, will not be sold in Singapore after all.

As of the time of writing, we're still not sure why, but perhaps the global chipset shortage and greater demand in other markets (or weak demand for flagships here at this time of year?) all have a part to play.

No matter. Those of you who want this over the official Mi 11 are probably coveting the giant ISOCELL GN2 sensor (almost a full inch!), the additional periscope camera, and that conversation-starting rear AMOLED display that provides camera viewfinder and notification functions. And we know that some will figure out a way to get it through the usual e-commerce channels, just like I did with the Mi 10 Ultra - official warranty be damned.

But should you, really? And as someone who misses the distinctive look of the Mi 10 Ultra - would I? Let's talk.

For those who've not been paying attention to what Xiaomi's been up to, let's start with this: 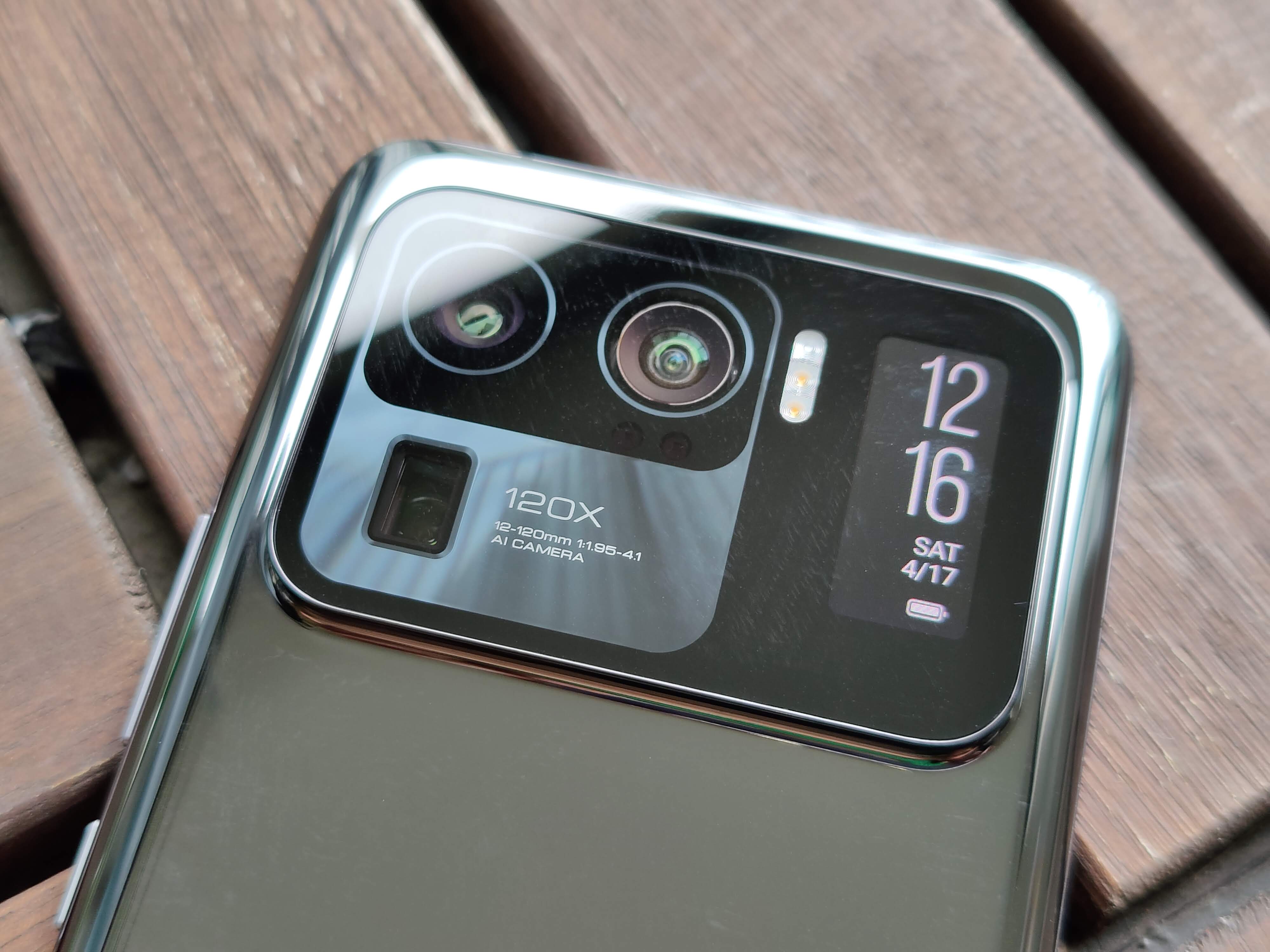 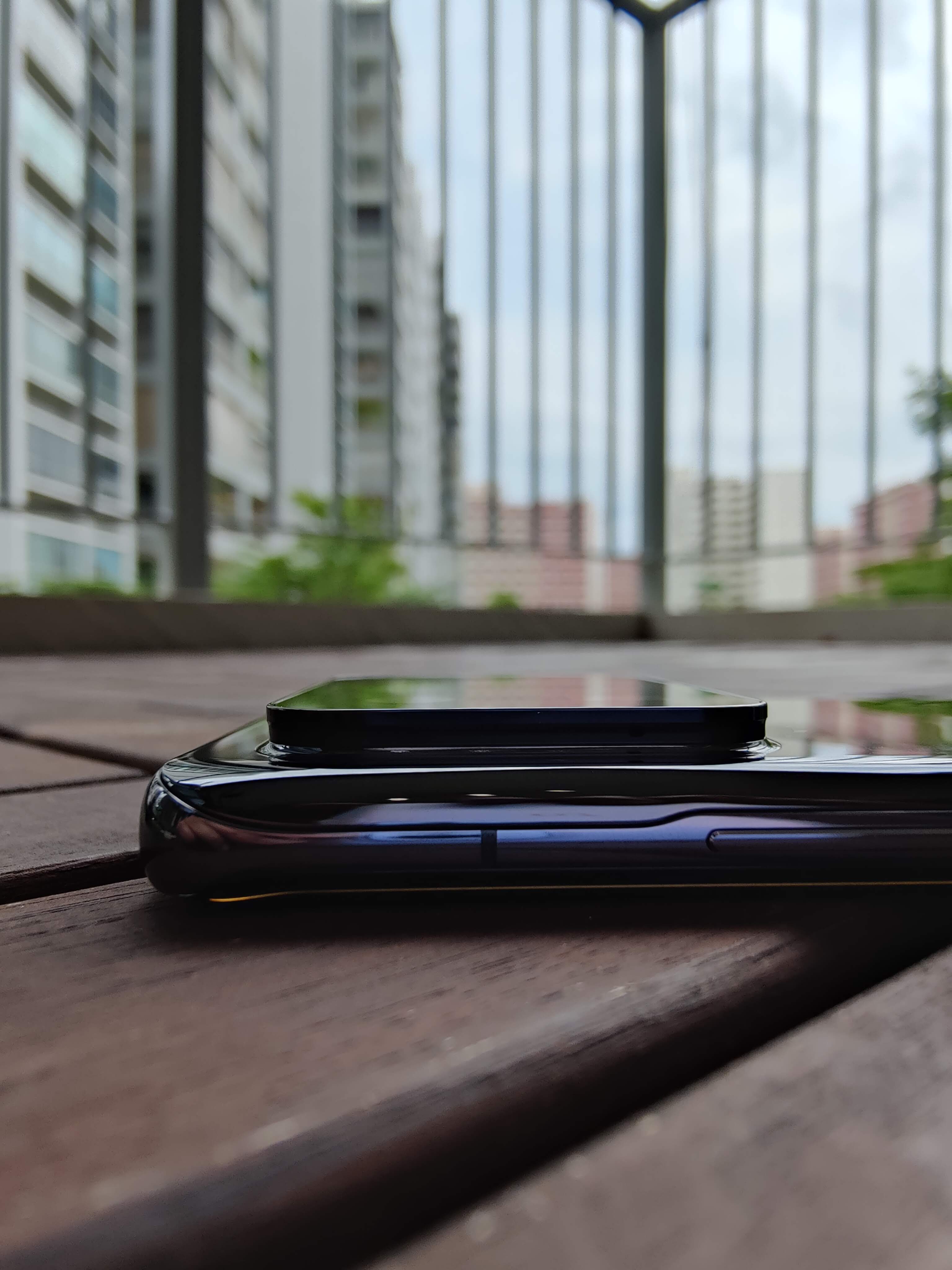 Other phones talk of camera "bumps"; the Mi 11 Ultra, however, has a whole peninsula. Required due to the z-height of the lens that feeds the beast of a Samsung ISOCELL GN2 1/1.12-inch main sensor.

That means a rectangle of almost 1.2cm x 0.9cm (akin to the size of a thumb nail!) accommodating the 5x periscope camera and the touch-sensitive 1.1-inch AMOLED rear display (lifted directly from the Mi Band 5 wearable).

The camera hump on the Mi 11 Ultra is at once both a centrepiece of engineering triumph and a massive statement of the owner's level of geekery.

Does the hump hinder its general use? That depends. My day job has me in classrooms, wearing witty T-shirts and jeans in an attempt to blend in with my milieu. Even when I was cutting my teeth in the hallowed halls of HWZ years ago, I carried the biggest phablets (ugh) in my pockets like a true geek. Thus, I care little for what anyone thinks.

But, if your lifestyle is one of sharp power suits and sharper tailored threads; if you believe that fitness makes the body beautiful, do prepare to have this thing lurking in your hand, on your desk, in a handbag, or in a car mount.

Make no mistake. To the question "Is that a Mi 11 Ultra in your pocket, or are you glad to see me?", there can only be one answer: you're so glad, it's almost NSFW. 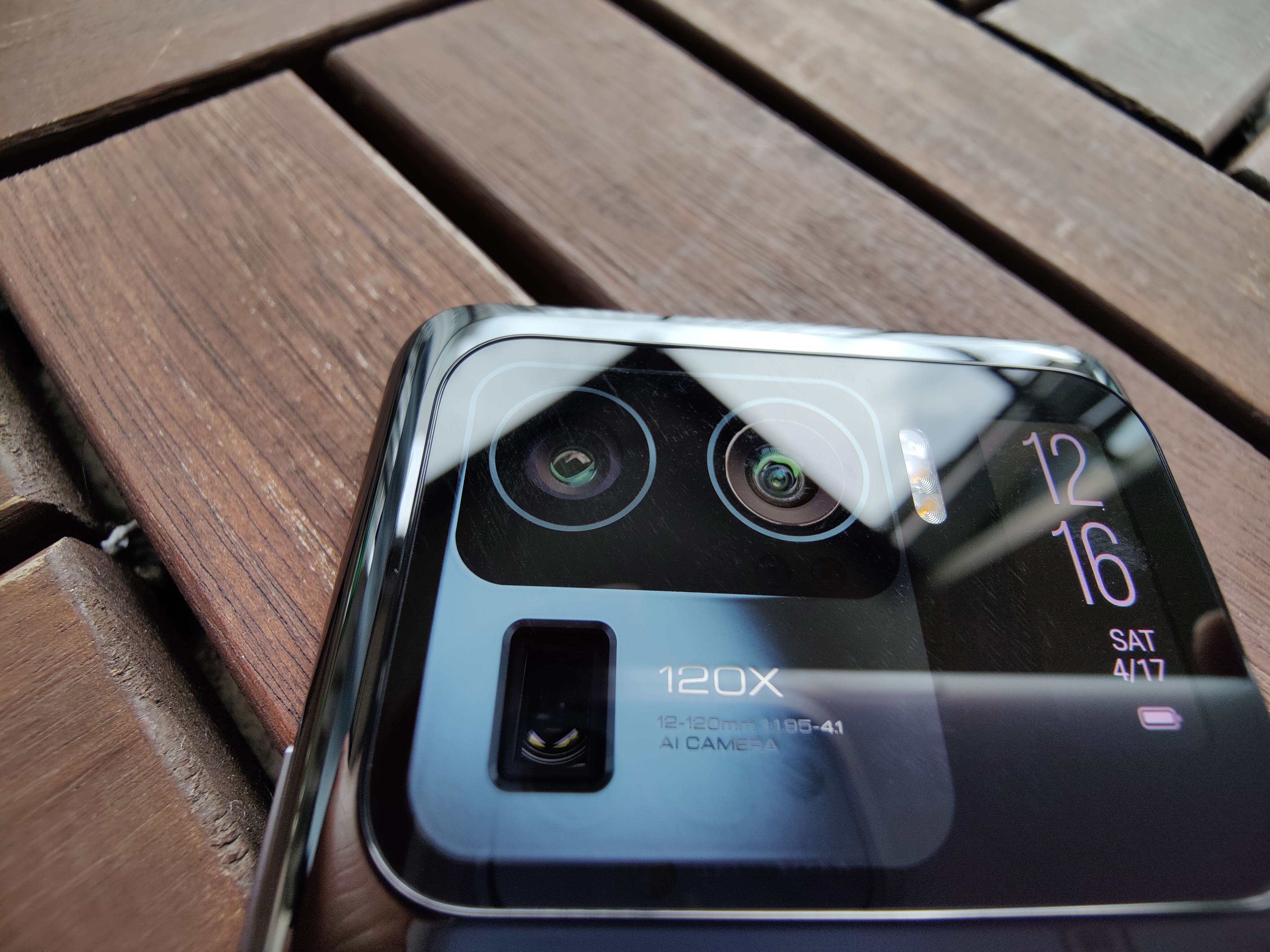 Being Ultra brings with it a ceramic back over the frosted plastic on the plain Mi 11. That's about right, given the price premium (which is over S$1,300 as priced by local e-tailers). 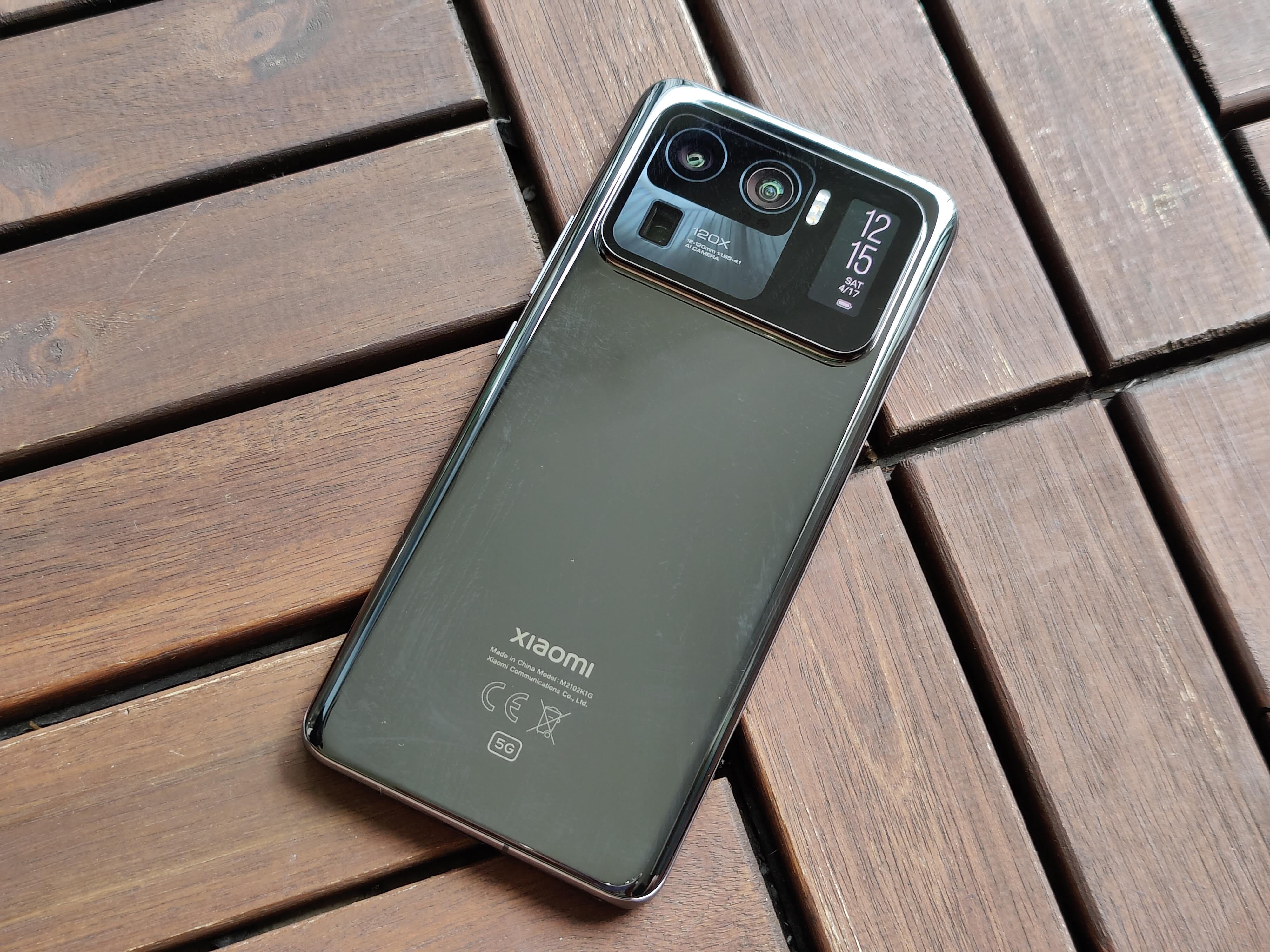 One of my complaints about the preceding Mi 10 Ultra was its unbelievable slipperiness. It's quite clear from the photos above that the Mi 11 Ultra gave nothing away to its predecessor in this regard.

It's a hulking slab of a phone with rounded sides, and the mega camera hump shifts the weight balance somewhat uncomfortably towards the top. I always get the heebie-jeebies when reviewing phones like these, as they tend to find their way from smooth surfaces to the nearest floor. Even one fall is sure to gouge its metal and crack its glass. Especially when there wasn't a bumper case in the box. Ahem.

For sure, you'd better have a phone case ready before you take it out on the streets or to the pool. That's right, the Mi 11 Ultra is rated to IP68 for water resistance, a feature surprisingly lacking in its predecessor. 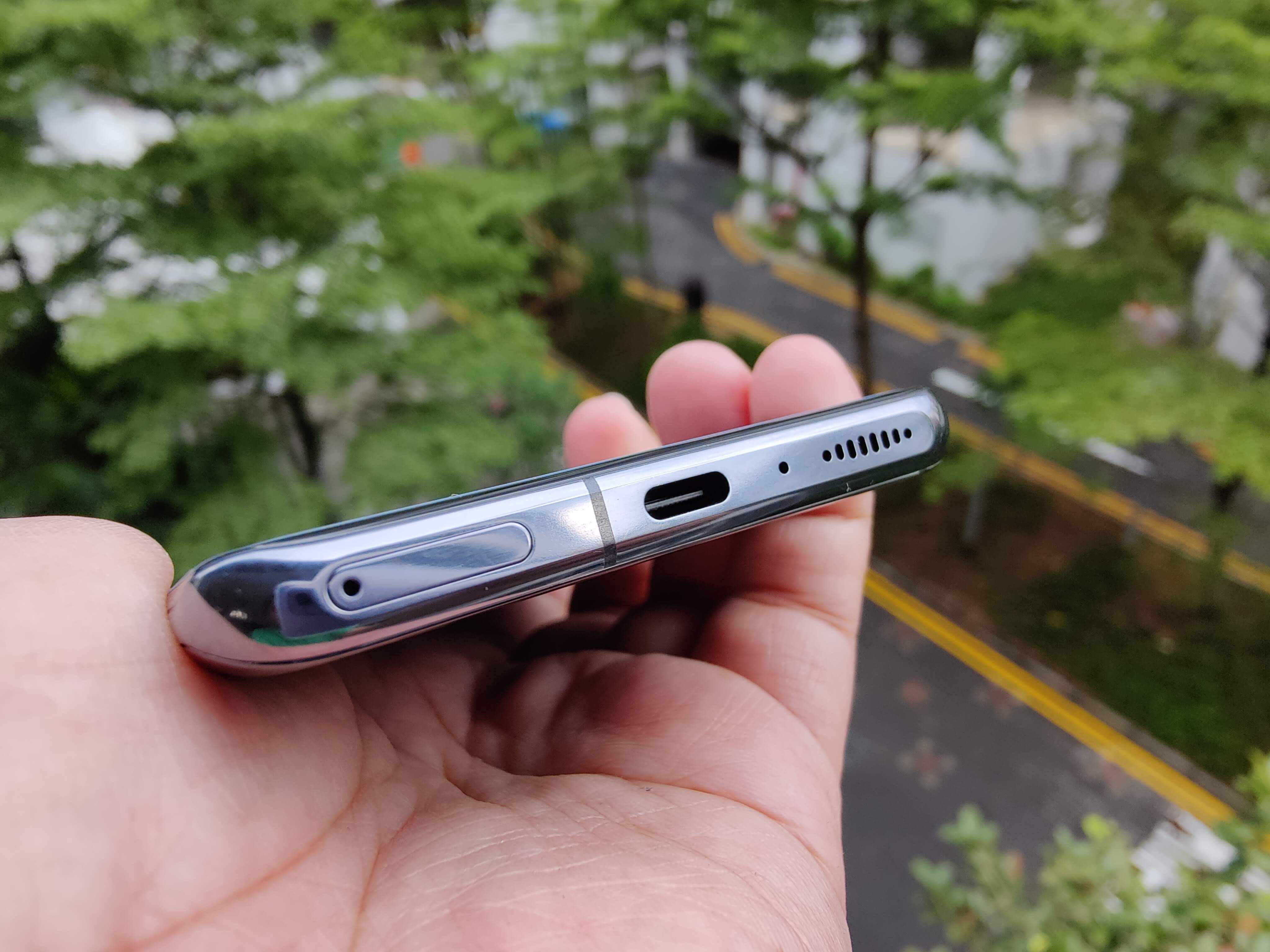 On the bottom, we find one of the Harman/Kardon-tuned stereo speakers, a USB-C port, and the dual SIM tray. However, don't expect a headphone jack or microSD support on a modern flagship. This isn't the ZenFone 8, after all.

And speaking of Harman/Kardon speakers, they sound better than the Mi 10 Ultra's, but I was expecting more bass. 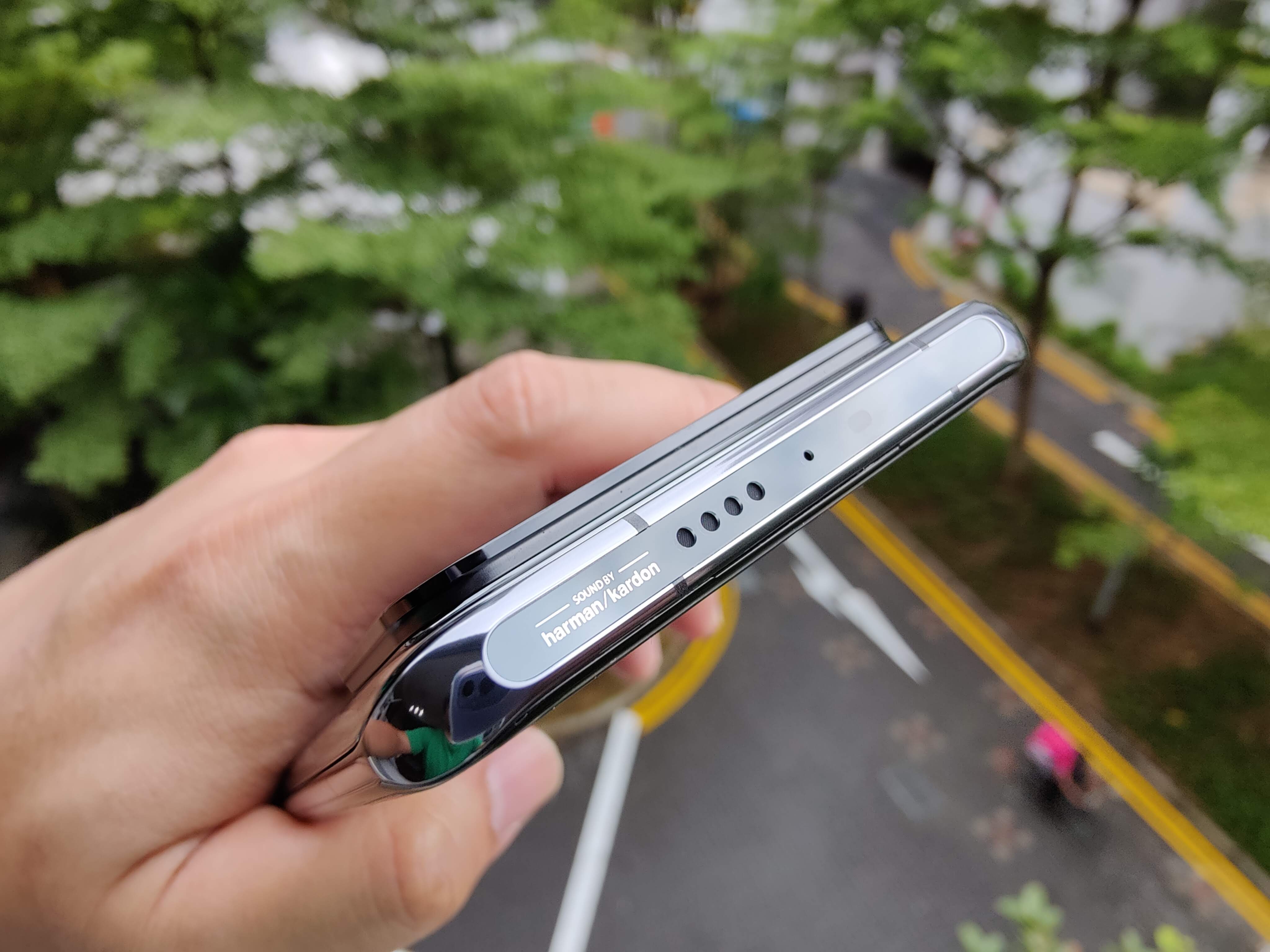 While we're still on hardware design, it's time for a small rant.

I'm an absolute malcontent when it comes to phones, and so I must gripe about the way rounded display corners are handled on the 11 Ultra. When you look at the phone from the side, you get this: 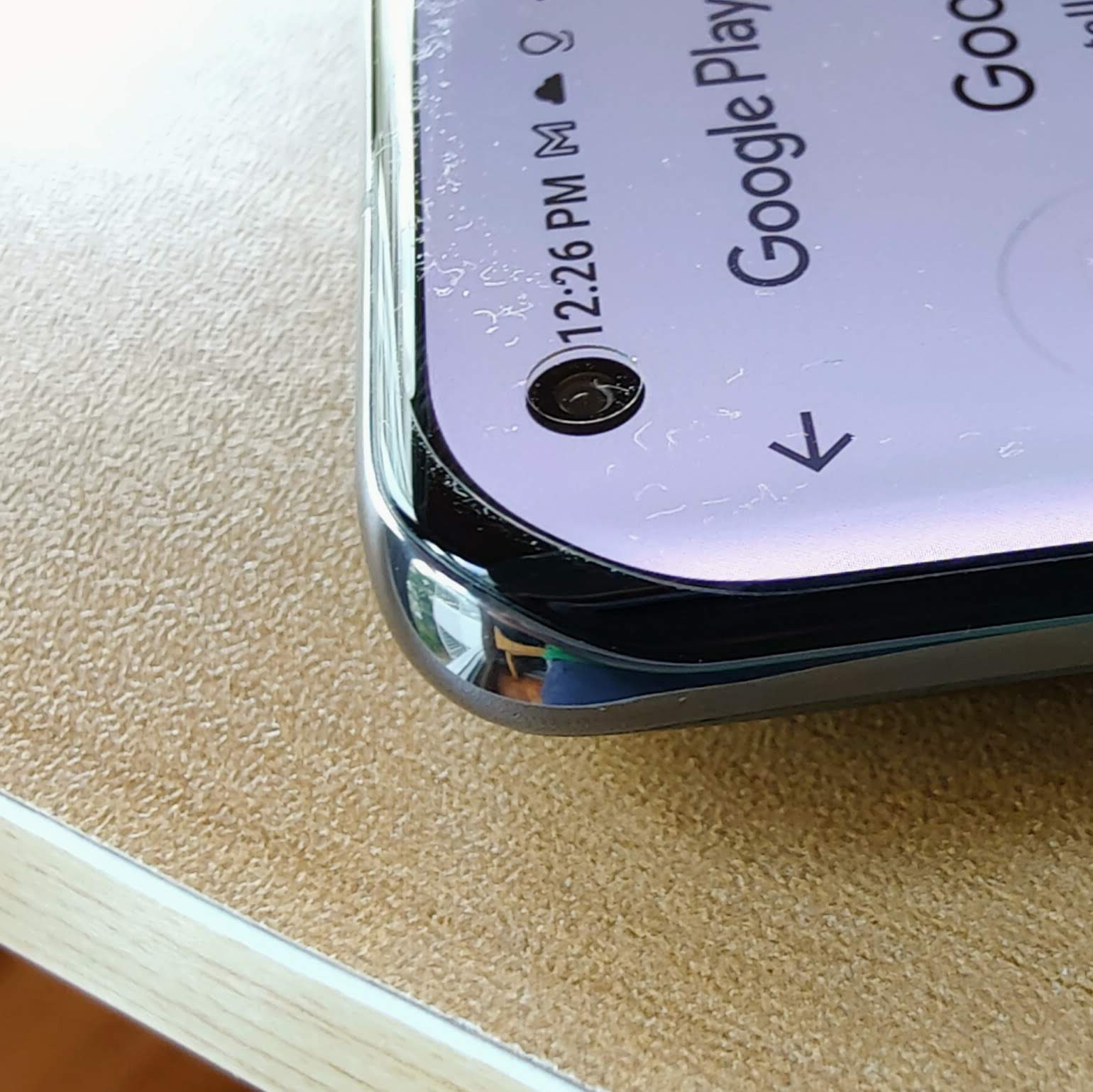 But look at it head-on, as you would normally, and a very different and somewhat annoying scenario presents itself: 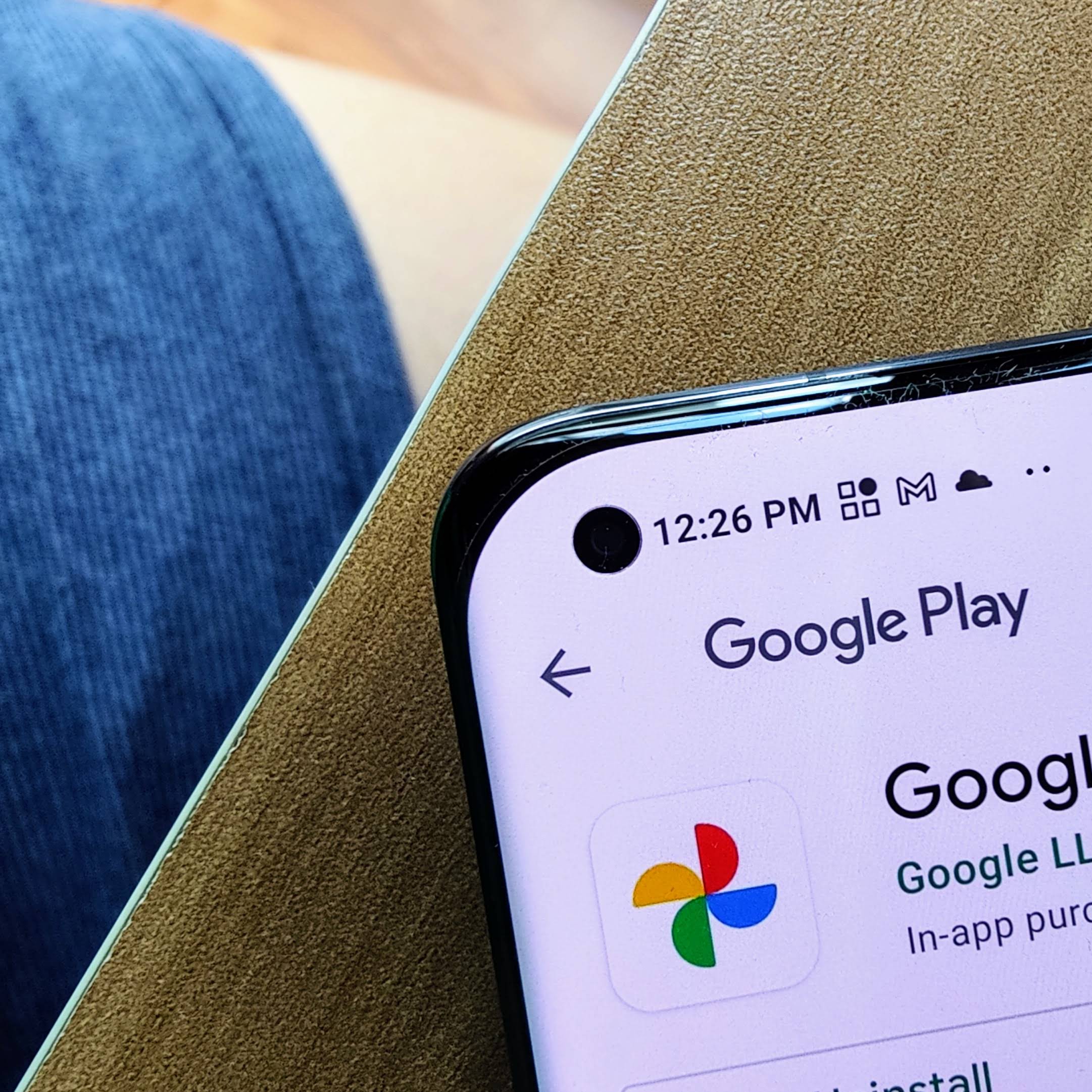 If you haven't noticed already, the display corners are not rounded in the same way as the body. Why? Because of curved edges, that's why.

Now, I'm not sure why other manufacturers don't seem to have as much of a problem with this sort of thing, but seeing it on a flagship-class phone is positively disappointing for me.

All the time I was scrolling through content, I was way less bothered by the camera punch-hole than by the oddly rounded corners. They look even worse in this shot: 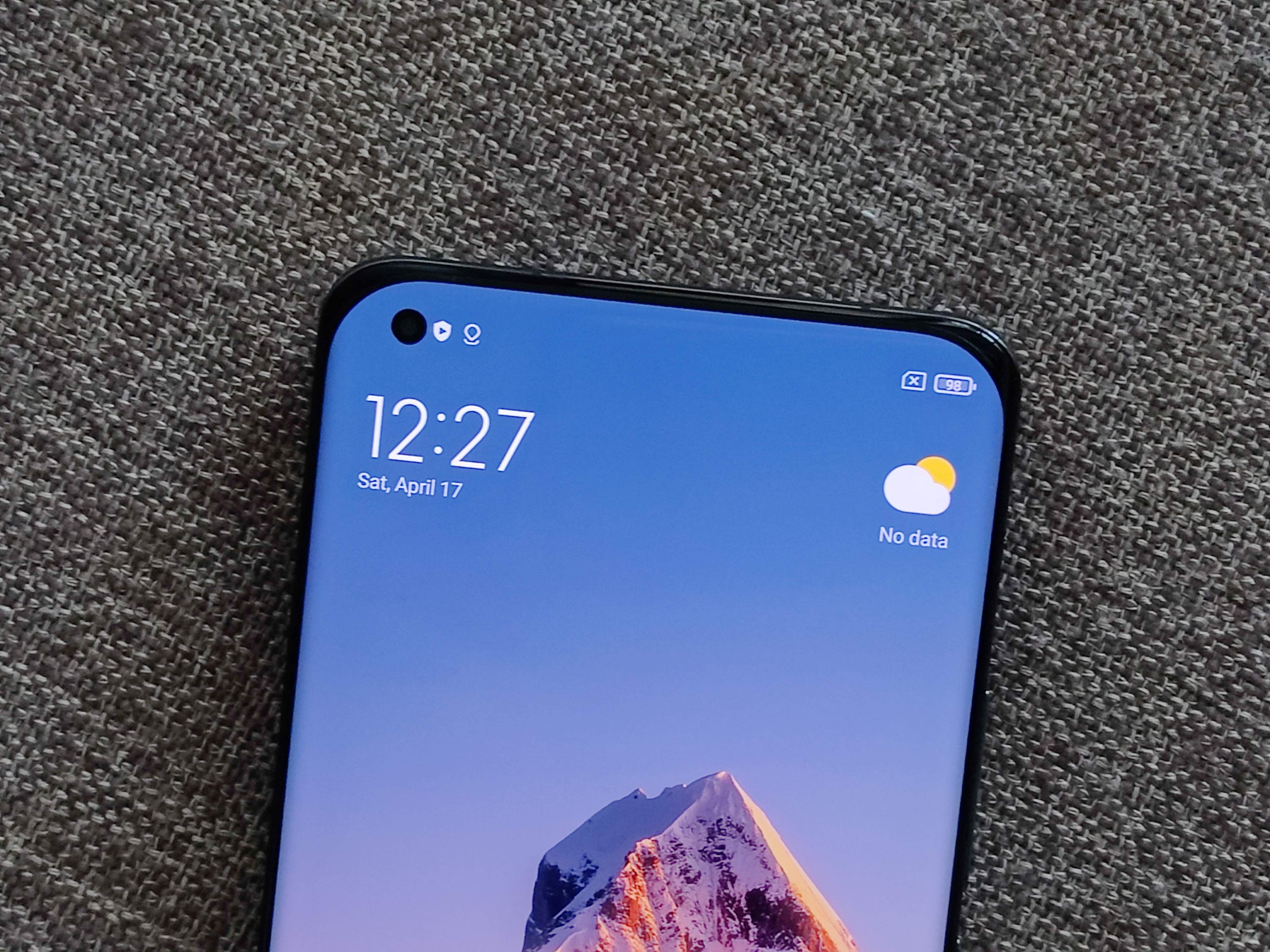 Can we please not have this again on a premium flagship device?

The Mi 11 Ultra makes no changes in this regard from the vanilla Mi 11, and so the display is a 6.81-inch WQHD+ (3,200 x 1,440 pixels) AMOLED E4 (that's apparently Samsung's standard grade of AMOLED material). It can display 1 billion colours and supports both HDR10+ and Dolby Vision. Compare that to the Mi 10 Ultra which has a 10-bit display (which means slightly more colours), but only an FHD+ resolution, and uses a TCL panel.

Admittedly, I found the Mi 10 Ultra's TCL panel to have a strange luminosity to it, accompanied by a faint greenish cast. Thankfully, the 11 Ultra has none of these problems. The panel offers a "Samsung look" at first glance - because it is. It gets bright enough in daylight: 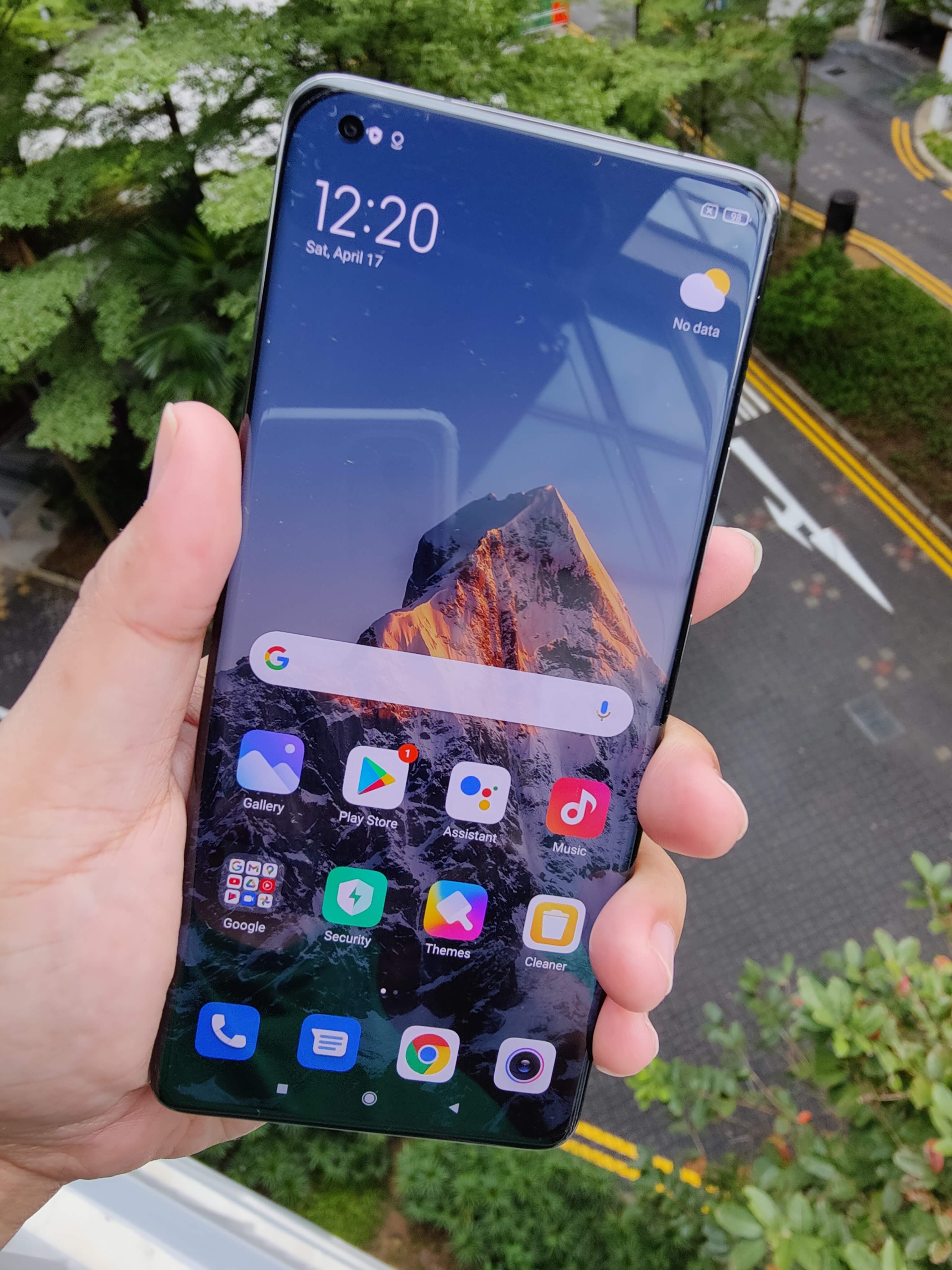 The punch-hole camera sits on the top left of its edge-to-edge display. If you're watching content in landscape mode, it moves to the lower left, so isn't likely to be a deal-breaker for anyone.

Write a Review
Compare This | Specifications
Cameras are definitely competent...
Nothing else really disappoints, whether it's the speakers, the display, or general performance
Rear display just about makes it past the "party trick" level
Xiaomi finally has an IP68 water-resistant phone
...but cameras don't have a clear lead over the class best
Heavy, bulky and thick camera island
Rear display is dim
Middling battery life for such a large capacity
MIUI is still disappointing as of 12.5
You can't get it locally, so no official support or warranty
Our articles may contain affiliate links. If you buy through these links, we may earn a small commission.
Sponsored Links