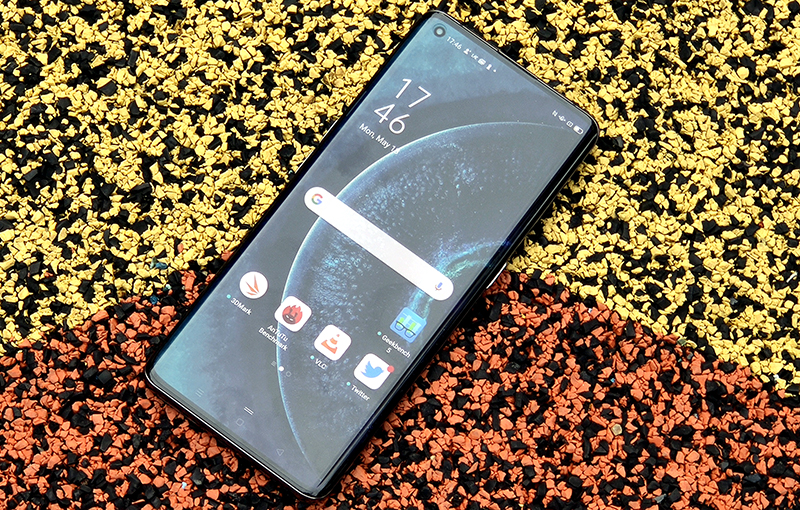 Most Android phone users for the last decade (would you believe it's just a little over ten years since the  HTC Dream debuted, the first Android phone?) would tell you that if you wanted an Android phone that looks and feels like using an iPhone, you'd have to pick an Oppo. Since then, many Android phone makers, such as Samsung, ASUS, Huawei, and Moto, have gradually improved their Android-based user interfaces over time. What Oppo didn't have (while the others had in abundance) was a true flagship device that helped put these phone makers on the map. In a way, Oppo phones were constantly milling about in the mid-tier market with its frequent releases of their R series, despite its nice UI.

That held up until mid-2018 when Oppo decidedly launched the Find X. It had the top-end Snapdragon processor of its time, coupled with a bunch of features that Oppo was known for, like the brand's interesting approach to smartphone photography and its penchant for appealing designs, inside and out. It was a stunner, even if it was a little tough on the wallet.

Fast forward to 2020 and Oppo has finally updated its flagship-tier offering once more. Dubbed as the Oppo Find X2 Pro (and also known as the Oppo Find X2 Pro 5G in some markets), Oppo has decided that it's high time to pack all the latest smartphone innovations on the market behind their branding. It has a 5G-ready Qualcomm Snapdragon 865 chipset, alongside many of Oppo's claim to fame - nice display, good audio, interesting cameras, and it's SuperVOOC fast-charging technology, alongside its attention to interface and exterior design.

Can the Oppo Find X2 Pro hold up against the current crop of equally tantalising flagships devices as of late? Let's find out.

One of the mind-boggling aspects is that the Oppo Find X2 Pro has a sticker price of S$1,699. Reactions amongst our readers went wild when we first shared its street price on social media. While flagship smartphones this year have generally been pricey, the Find X2 Pro debuts at a good S$200 above Huawei's P40 Pro and Google Pixel 4 XL. To be fair, the Oppo Find X2 Pro packs a massive UFS 3.0 compliant 512GB internal storage and 12GB RAM - truly flagship class. For comparison, here are the local official retail prices for other top-tier phones with somewhat similar specs:-

So clearly, Oppo's price point is backed by the hardware it packs and is in fact reasonably priced against other competitors. 512GB of storage isn't cheap. Having said that, we're definitely on the lookout to see what else makes this phone justify its asking price. 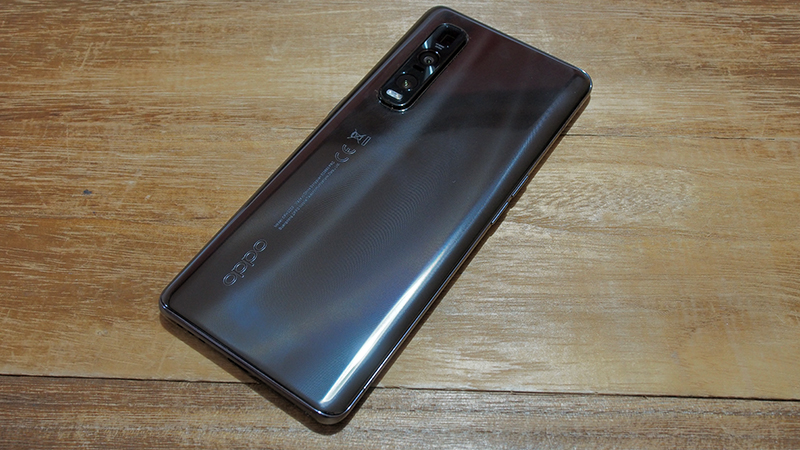 If anyone wants to know what a true flagship smartphone feels like in hand, the Oppo Find X2 Pro should be the point of reference for phones made this year. It's seemingly pedestrian at first glance, in part due to its raised camera housing and its glossy finish on our black Ceramic colourway. What makes it really stand out is the phone's build quality and handling.

Where the phone's different materials meet, Oppo's choice and execution of smooth, curved edges leave a lasting impression of a truly complete look and feel. The backplate lays flush against its metal frame, and in turn, melds nicely with the front panel with barely any bumps. 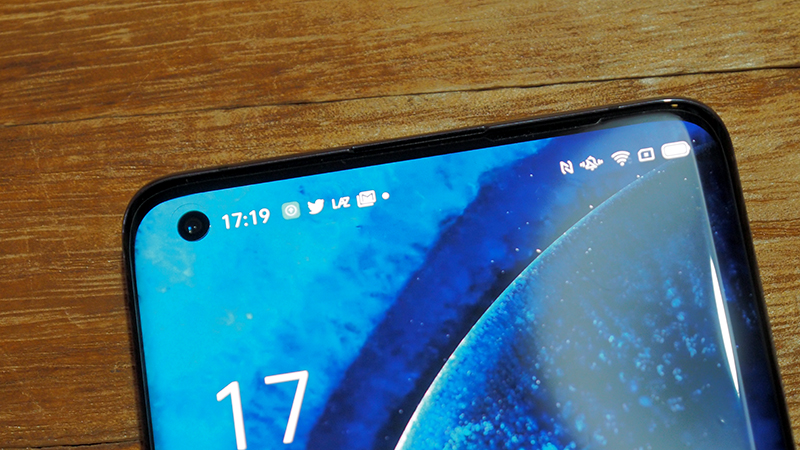 The notch-hole camera in the top-left corner, while the power/lock button rests on the opposite of the volume rockers. We know the phone isn't symmetrical, but it feels that way given how well-distributed the phone's weight is, and how naturally these buttons come to rest in your fingers.

Typically, phone makers treat the necessary antenna bands like an outcast, something that breaks the look and feel of the phone they want to make. The Find X2 Pro embraces its antenna bands and works it into the metal frame's design, giving it a small part to play in completing its look. 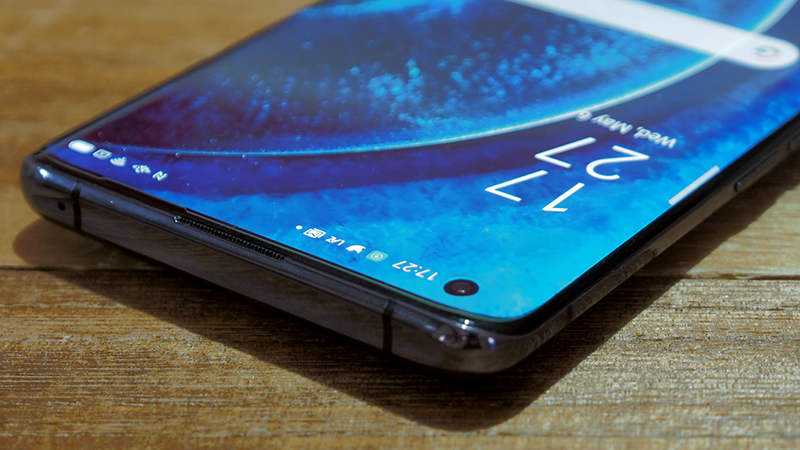 Another design aesthetic we liked about the Find X2 Pro is how it balances its bezels. The screen that curves along the edges doesn't quite touch the metal frame of the phone, leaving a thin, classy black bezel distributed evenly on the sides that are just outside of your vision when the phone faces you.

It doesn't just look pretty, the Find X2 Pro has IP68 water- and dust-resistance, which is something its predecessor didn't have. You can't be a flagship phone these days without some resistance to the basic elements, and Oppo at least rectified that on this device.

It's clear that in its design, Oppo put great effort into bringing out the typically unsexy bits in such meaningful ways that make other brands' flagships seem cobbled together by comparison. 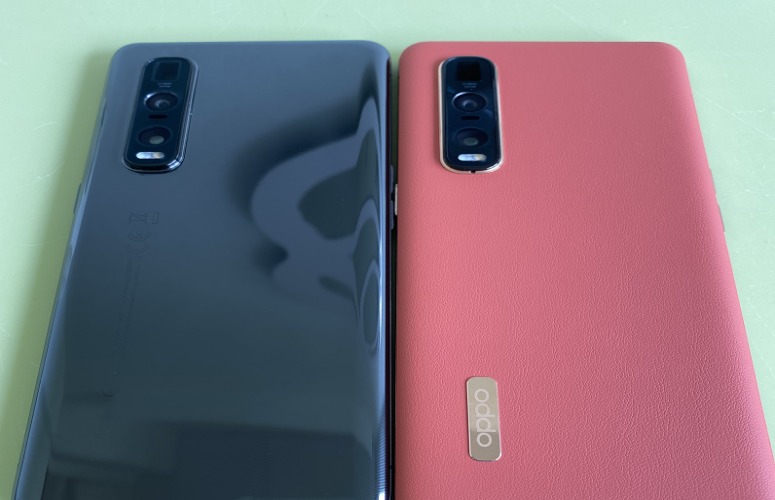 Our review unit was the Ceramic variant of the phone (grey-black), but it's worth noting that Oppo has a vegan leather alternative (orange-pink) . They don't just look different, but they also cater to people who prefer a matte surface on the rear. It also helps the phone owner stand out from the crowd, given that flagship smartphones these days gravitate towards glossier, glass rears with no alternatives. Picking the vegan leather or ceramic version is a matter of personal taste. 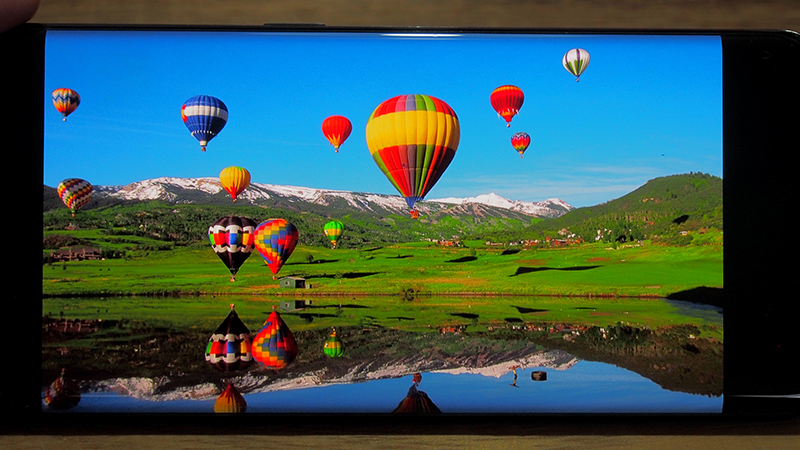 The display's features, from the resolution to its polling rate, and the displaying far more colours your eye can differentiate - 1.07 billion colours to be exact - and its AI-powered eye protection capability are what Oppo calls the Ultra Vision Screen. From our test display image, the Find X2 Pro's panel at default settings takes on a warmer tinge. It holds true to its colour reproduction claim given that it was able to produce the subtle differences even in extreme colours (specifically, the black balloon has the sun shining down on its nylon sheen). This is a high-quality flagship display, without a doubt. The display's warmer colour temperature can be attributed to the Find X2 Pro's AI Adaptive Eye Protection System (enabled by default), where one of its features include lower blue light levels that automatically adjust based on your ambient lighting and surroundings.

If that's not enough for you, the Oppo Find X2 Pro now supports HDR playback on popular streaming services, such as Netflix, Amazon Prime Video, and YouTube. Not all phones can claim this and it's always a win when a phone display makes the most out of the content you have access to. 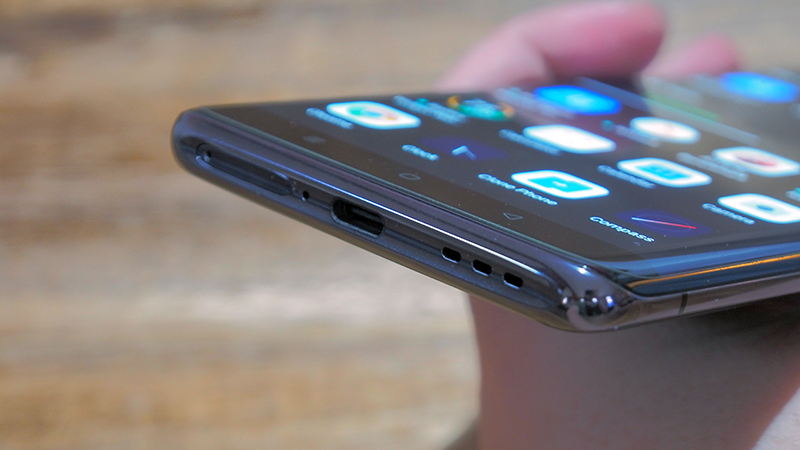 In the audio department, you can find the Find X2 Pro outfitted with two full-range speakers - one is located at the top-centre where you'd normally place your ears during a call, and the other is at the bottom-right, next to the USB Type-C port.

The speaker's positioning gives the Find X2 Pro its stereo-like sound (when you're watching videos in landscape mode). It's clear, sharp, with minimal muddling or distortion. On the one hand, we're not surprised by the audio quality given that Oppo was known for audiophile products before it went into making smartphones. On the other hand, it felt odd that Oppo chose not to shout about the Find X2 Pro's audio quality, but instead spent every effort talking about other aspects of the phone.

If speaker audio quality is what you value in your flagship smartphone, the Find X2 Pro will be your number one choice in 2020 until a better one comes along - a difficult feat in itself. Your videos would have never looked and sounded so good on a smartphone and we can attest to that in our audio trial when playing back a 4K resolution movie trailer as recorded with another phone; pay close attention to the audio quality and sound level:- 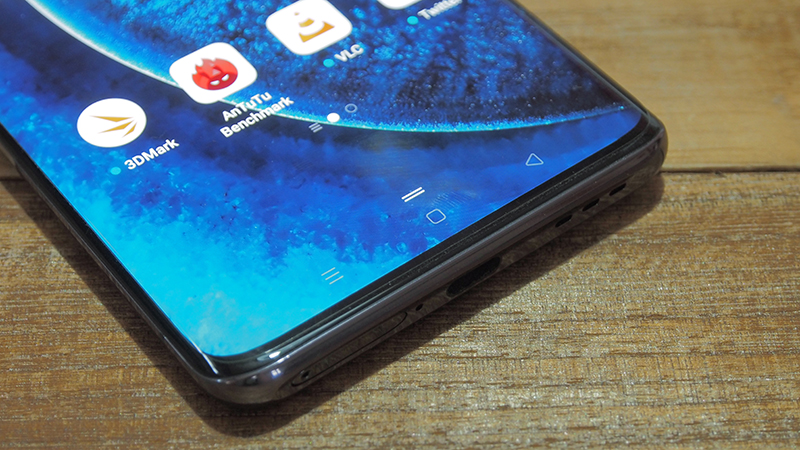 Usually, we'd reserve this section to talk about any operating system tweaks by the manufacturer that affects the user experience. Instead, Oppo's usage of a display with a touch sampling rate of 240Hz makes it such that the hardware plays a role, too.

Touch sampling rate (in Hertz) refers to the display's frequency when it comes to tracking your finger that's providing input, where a higher number means that the device polls your finger's position more frequently within a given second. It's not the same thing as a phone's refresh rate, which is about how frequently the display updates its output in a given second. 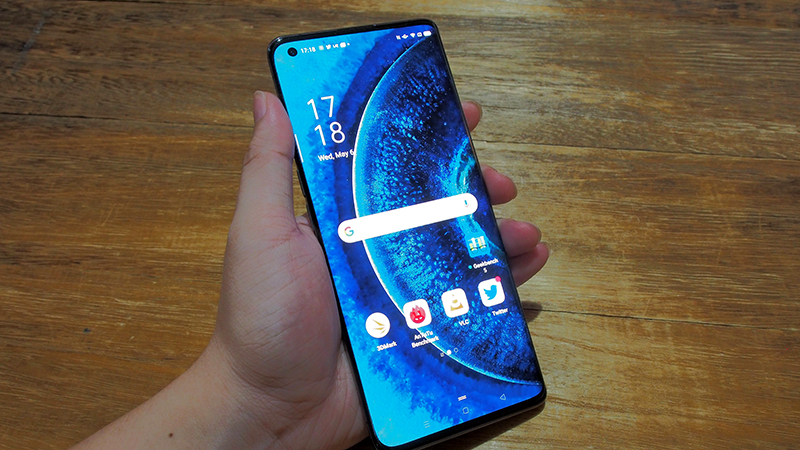 There's still debate on whether the reduced input lag matters in user experience given that the difference in response comes down to mere milliseconds. That said, navigating around menus and apps on the Oppo Find X2 Pro is nothing short of an excellent experience.

Contributing further to the user feel is none other than the user interface itself. Oppo has its proprietary ColorOS 7.1 operating system which is based on Android 10. Their default app icons don't feature any outlines, making it easy on the eyes. Opening, swiping, and closing menus in your apps follow your finger's tracking in a natural order. There isn't too much to say about ColorOS beyond how pleasant it feels, and how far along they've come.

Folks who love Dark Mode will be pleased to learn that ColorOS 7.1 now comes with a dark theme. It's under the Display & Brightness option in the Settings app, and you can schedule Dark Mode for certain times of the day. This is particularly useful if you want a well-lit display without the bright panel light-bombing your eyes as you peruse your phone at night. The Find X2 Pro supports Dark Mode on some apps, but that's still in beta.

You can read more about ColorOS 7.1 here.

Where user experience is concerned, the lack of a microSD card slot and lack of 3.5mm audio jack is where it loses points on. The card slot only accepts up to two nano-SIM cards. But with a massive 512GB internal storage, do you need a microSD card slot? Perhaps not.