What maketh a gaming smartphone?

Note: This article was first published on 24th November 2019. 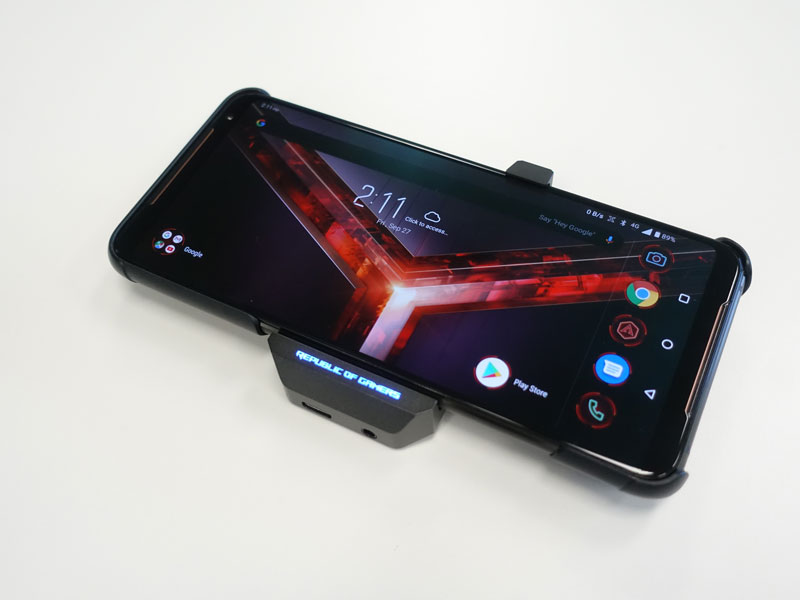 What maketh a great gaming smartphone?

If the ASUS ROG Phone II looks familiar, and it should, it’s because it follows much of the same form and design aesthetic of last year’s original, where it stood out in the gaming smartphone segment for its Air Triggers – touch sensitive sensors that act like the shoulder trigger buttons on a game controller.

But there are noticeable changes that makes the ROG Phone II more appealing this time around. The offset fingerprint sensor has been removed from the back and replaced by an in-display sensor, and the smaller vent is not just for show but functional. Under its hood, this year’s model also comes with increased battery size of 6,000mAh, speedy UFS 3.0 storage, an incredible 12GB of RAM, and bragging rights for being the first smartphone to sport a 120Hz AMOLED display, as well as the fastest Snapdragon 855 Plus SoC available.

ASUS is dead serious here – the ROG Phone II heaves with power and performance. Let’s look at the specs compared to other flagship smartphones, right after this 30-second overview from ASUS:- 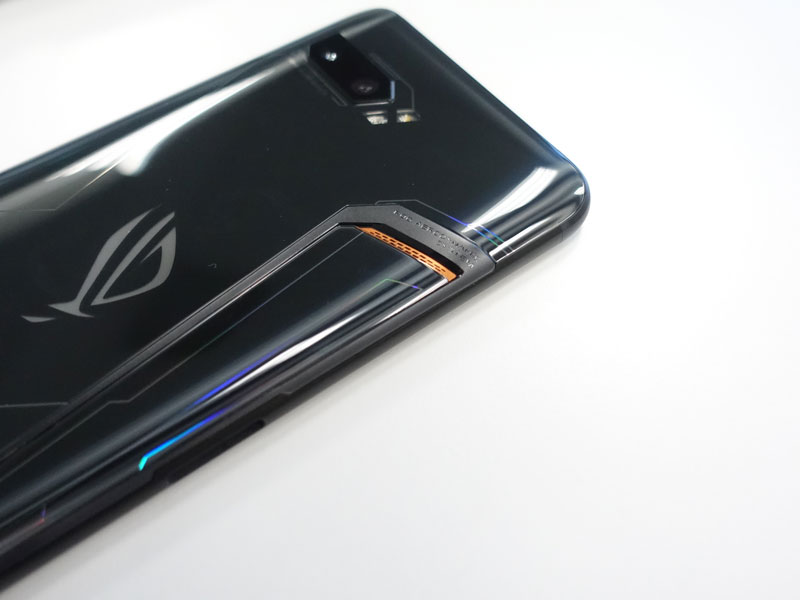 Beauty is in the eyes of the beholder. Like its other members of the Republic of Gamers family, the ROG Phone II is loud and proud about wearing the brand on its back. The glossy finish is sleek and is, not surprisingly, quite the magnet for smudges and fingerprints. While I’d prefer a more tone-down and less “gamer-ish” design, I can appreciate that many gamers will love the copper accent on the working vent, the multi-colour reflective highlights, and of course, the RGB-lit logo. 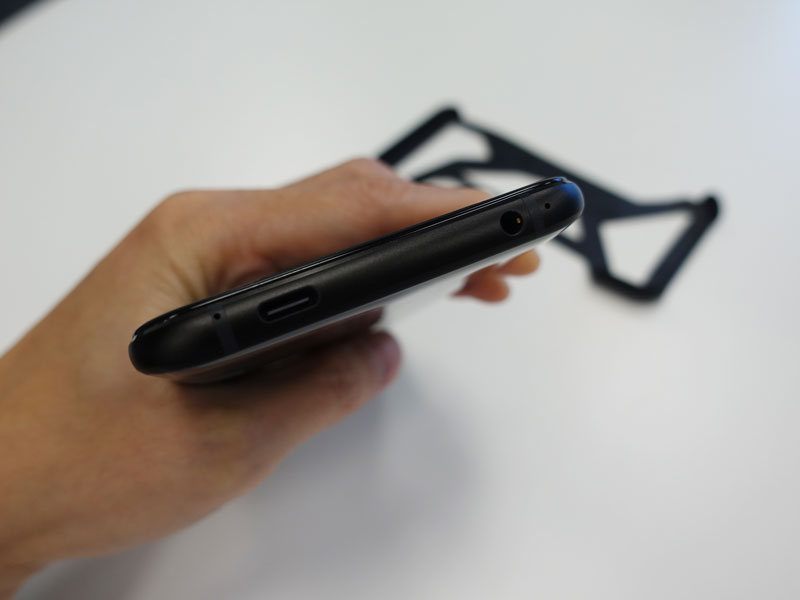 Going against the trend of killing off 3.5mm headphone jacks, the phone comes with one next to the USB-C charging port at the bottom. There’s a dual USB-C connector on the left side as well, which acts as both a second charging port – cleverly made for when you hold the phone in landscape mode so that the cable does not interfere with gaming when you are charging it at the same time – and as a docking port for the included active cooler accessory and the jaw-dropping mountain of other accessories available separately. 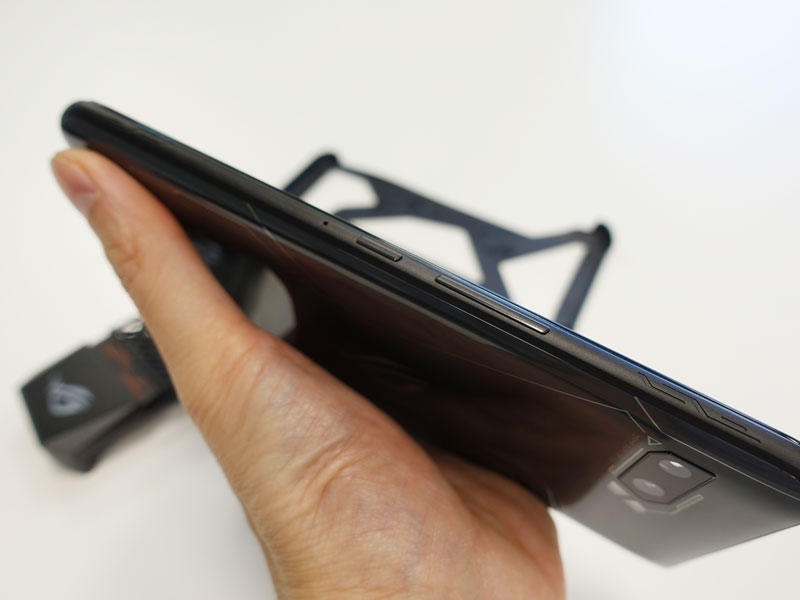 Using the ROG Phone II in landscape gives you access to the previously mentioned Air Triggers. First appearing in last year’s original ROG Phone, the Air Triggers here on the sequel have a much-improved response time that eliminates the laggy issues faced by many ROG Phone owners. I’ve mapped the Air Triggers in Mobile Legends: Bang Bang and PUBG Mobile and I can say with utmost certainty that ASUS seems to have eliminated that issue here in the new phone. In fact, I’d even go as far to say that using Air Triggers on the ROG Phone II can potentially give gamers an unfair advantage in online matches, by allowing thumbs and index fingers to be used simultaneously.

The ROG Phone II’s heavyweight specs does mean that it comes with a weight penalty at 240g (comparatively 16g heavier than the already beefy iPhone 11 Pro Max) and coupled with its large 6.59-inch AMOLED display, that’s a lot of bulk. So, while the heft gives a lot more confidence when held in the hands, it’s not exactly pocket-friendly and its large presence will be felt.