Do we want a faster card?

NVIDIA’s most opened secret of 2021, the GeForce RTX 3080 Ti GPU, is out. Quite literally, by the time you read this NVIDIA’s own Founders Edition version as well as those from partners the likes of ASUS, Gigabyte and ZOTAC will be available for purchase from 3 June onwards. But before we go into the card’s performance, let’s talk quickly about the new card’s hardware design first.

I’ve always admired the hardware design of NVIDIA’s Founders Edition series, and the GeForce RTX 3080 Founders Edition ranked as one of the best-looking graphics cards in my books. It is modern-looking, elegant and devoid of the aggressive “gamer-ish” accents seen in many partners’ cards. It’s a matter of personal taste, of course, but you can’t deny that the Founders Edition cards, especially the RTX 30 Series, looks and feel exceptionally premium. 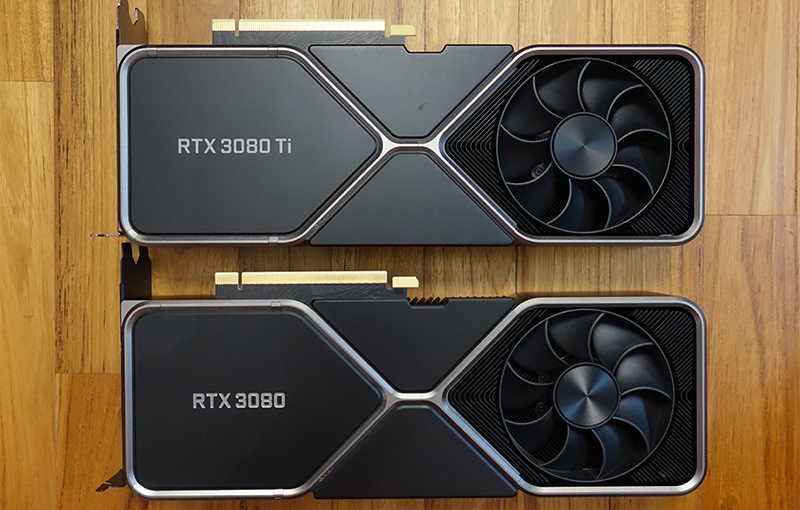 With the GeForce RTX 3080 Ti Founders Edition, NVIDIA has stuck with the same gorgeous shroud design as the RTX 3080 FE’s, certainly a confidence that the same cooling block will be able to handle the anticipatedly higher heat output from the new GPU. It’s even got the same 12-pin connector located out of the middle of the card’s side and comes with a Y-cable adapter that hooks to two traditional 8-pin PSU power connectors. As with the RTX 3080 FE, you’ll need a 750W-rated PSU to run the RTX 3080 Ti FE too. 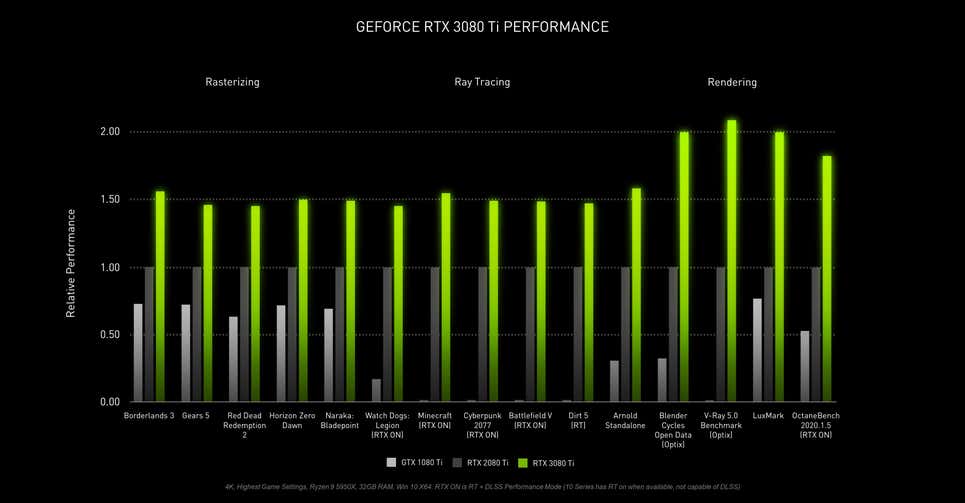 In terms of where it stacks in NVIDIA’s RTX 30-Series SKUs, the RTX 3080 Ti is essentially the generational successor to the GeForce RTX 2080 Ti and sits between the vanilla RTX 3080 and RTX 3090. Let’s look at the specifications: 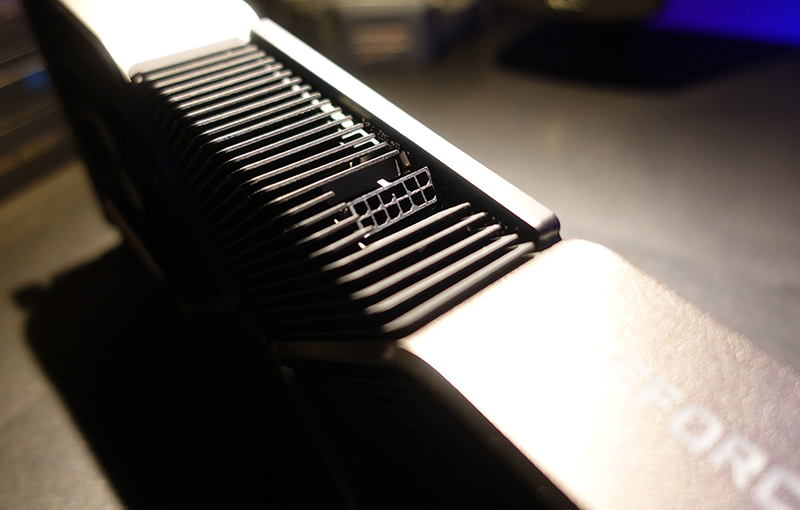 I’ve already covered the RTX 30-Series quite extensively, including my review of the GeForce RTX 3080 Founders Edition. Apart from sharing the same design, the GeForce RTX 3080 Ti also comes with all of the same bells and whistles as the vanilla RTX 3080 – including DLSS, ray-tracing, and Reflex technologies – so I won’t go into detail about the card’s tech features. If this is your first time reading up about an RTX 30-Series card, or have not read my RTX 3080 FE review, I do recommend you do so. Otherwise, let’s check out how the RTX 3080 Ti Founders Edition fared in our benchmarks.

Write a Review
Compare This | Specifications
The best gaming graphics card you can get right now
Essentially a "lite" version of the GeForce RTX 3090
Good, solid design and build
Requires a minimum 750W PSU
Specs edge it closer to an RTX 3090 but so does the price
Whether 12GB will be sufficient for future AAA games remain to be seen
Our articles may contain affiliate links. If you buy through these links, we may earn a small commission.
Sponsored Links