HTC One A9 review - The first non-Nexus phone with Android 6.0 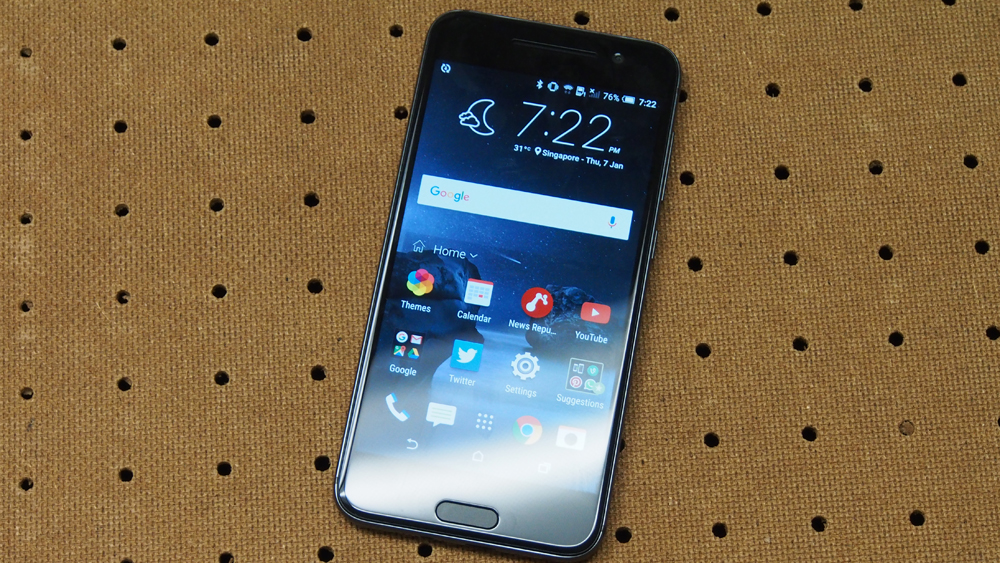 The HTC One A9 looks and feels promising for a mid-tier smartphone - that’s because it rides on the reputation built around the flagship HTC One M series, such as the popular One M7, which helped defined Android smartphones back in its time, and the subsequent One M8, which was then followed by the 2015 flagship, the One M9. Like its flagship counterparts, the One A9 comes with HTC One’s “all-metal” physical design. It also sports a 13-megapixel rear camera and a front camera that features HTC’s proprietary UltraPixel sensor. It's also one of the first smartphones to feature a new mid-range processor – the octa-core Qualcomm Snapdragon 617. Despite its promising outlook, the initial public reaction the phone has been quite mixed, given how its appearance is similar to the iPhones from Apple. 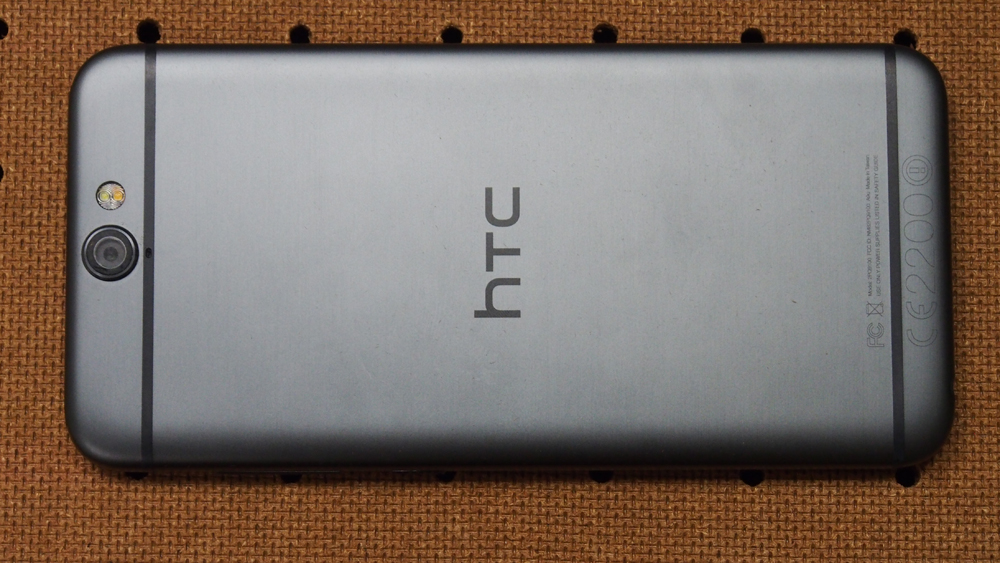 Physically speaking, the HTC One A9 is quite blatant in adopting the iPhone 6 design language. The rounded corners, the flat metallic rear cover with edges curving, and that fingerprint sensor at the bottom bunk of the HTC One A9 are some of the elements that resemble the Apple device. It isn’t a bad decision given that the iPhone is aesthetically well-designed, but deviation from their original award-winning design language felt redundant – just take a look at the HTC One M7 and you’ll understand what we mean. We’ll leave the design comparison as it is, since visual appeal is subjective and a smartphone’s merits don’t solely rely on its outward appearance. 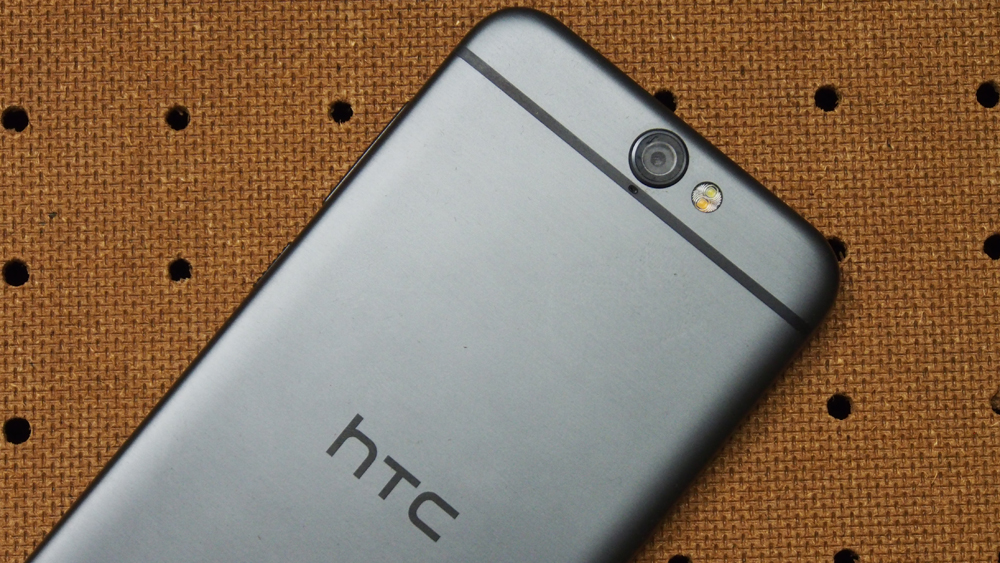 First off, we’re glad that HTC decided to keep the full-metal rear chassis. Adding to its use of premium materials that have a high quality feel, HTC also adopts a ‘metalmorphics’ approach to evoke a natural look and feel to the phone’s finish. Combining its thin 7.26mm profile, all these give the phone a stylish look contrasted by its lightweight feel in hand. Moving to the front, you will see an edge-to-edge, 2.5D Corning Gorilla Glass 4 layered above the AMOLED screen that rounds off at the edges of the phone, blending both the seams in the metal and glass sides into one continuous flow. 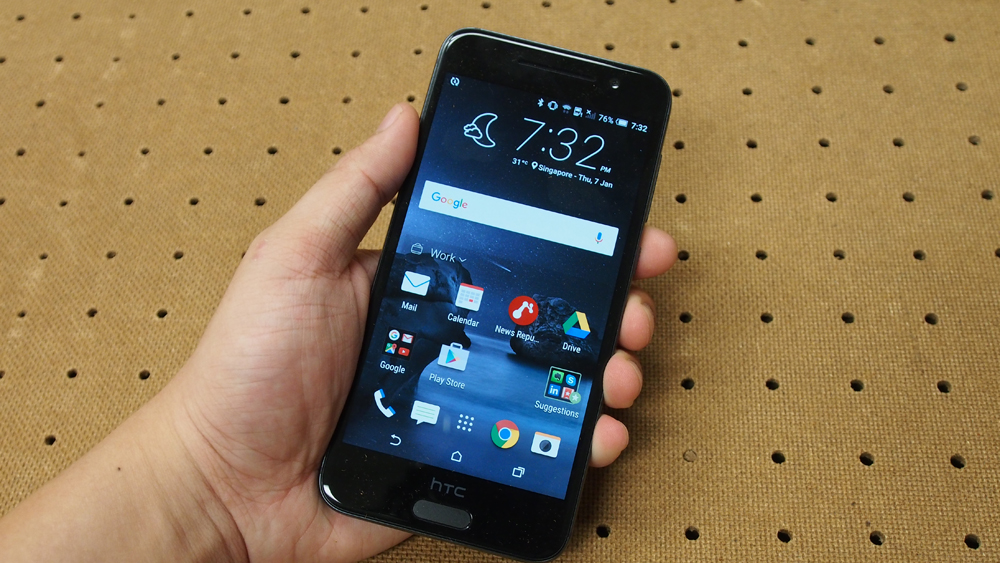 The One A9's 5-inch size makes it a very comfortable fit in hand, since you get a display large enough for small on-screen text, yet a phone that's small enough to fit in one hand. And it doesn't feel as slippery as the iPhones. With the phone facing you, the HTC One A9 has its buttons along the right, with the ridged, tactile power button located where your thumb would rest, coupled with a pair of smooth volume buttons sitting above. This is similar to the HTC One M9’s button orientation. Wielding the HTC One A9 feels like holding a good knife - powerful, sleek, yet light. 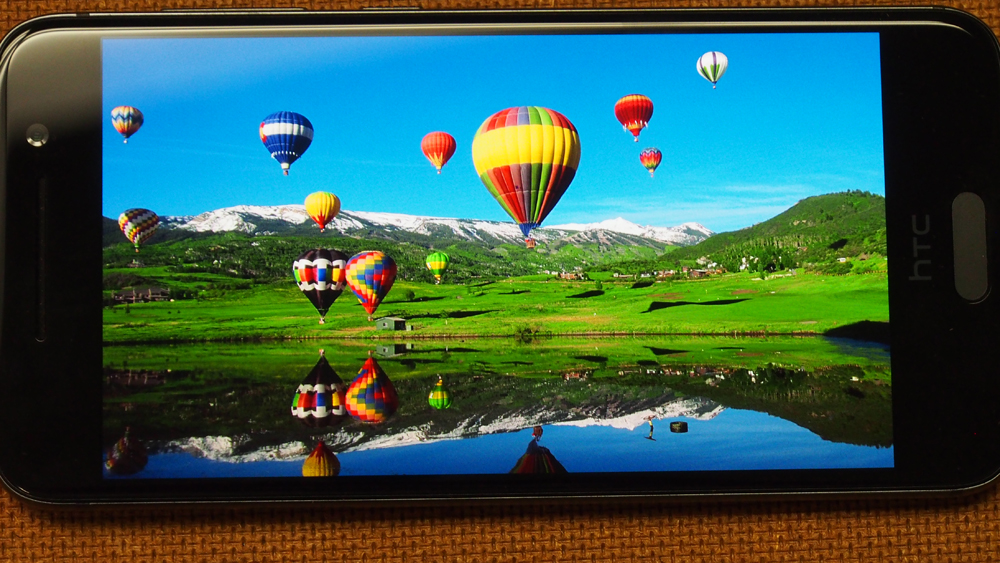 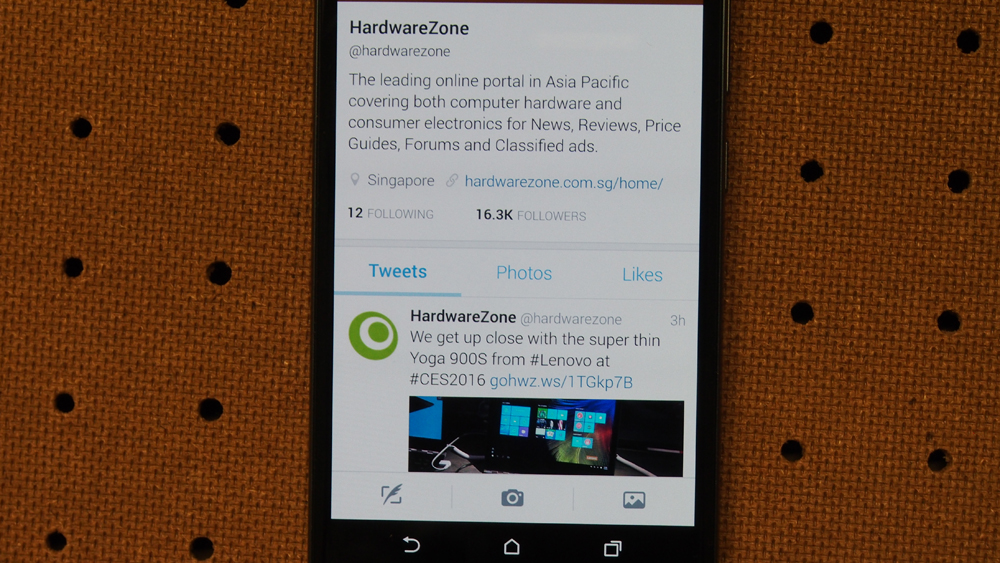 The HTC One A9 has a 5-inch, Full HD (1,920 x 1,080 pixels) resolution, giving it a pixel density of 441ppi. This is the same pixel density as the flagship One M9. The display has a warm color temperature profile, which feels easy on the eyes even at higher screen brightness settings. It also has a vibrant quality to it, giving great contrast between colors of different hues. One caveat would be how the screen doesn’t discern colors of similar tone with precise clarity. In our test image, you can see that the blue-white balloon in the top left quadrant was wonderfully reproduced on screen, but the main balloon with the strip of yellow didn’t have the same detail in between each ridge. At the lower left of the image, the blend of water, grass, and reflections became an uninteresting patch of darker colors hidden away. It’s a great and comfortable screen, but it’s certainly darker than what we are used to. Text displayed on the phone via text-based apps like social media and browsers are clear and sharp though, making the phone viable for reading. 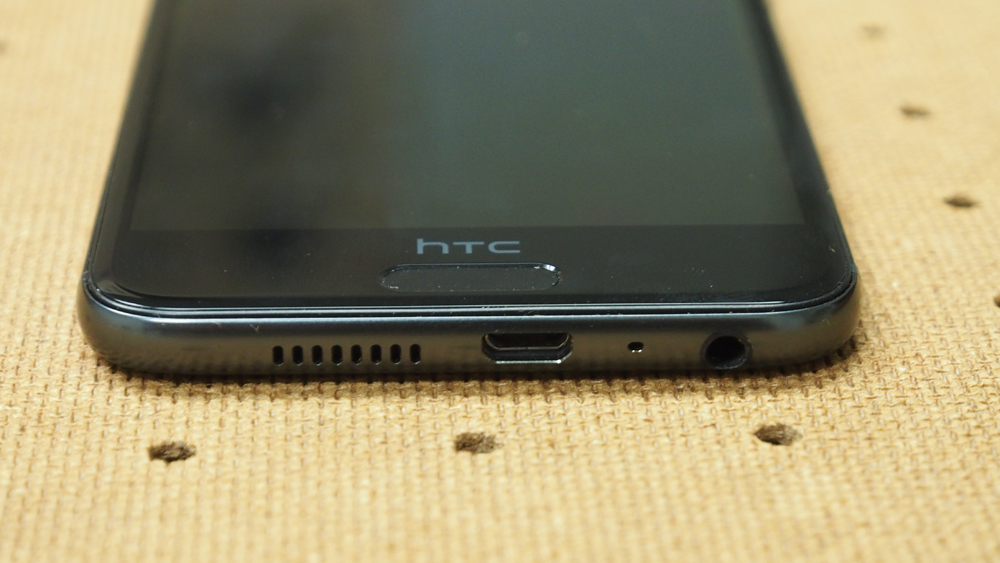 HTC claims that the One A9 comes with its HTC BoomSound with Dolby Audio surround technology, but we find that the audio quality of the smartphone’s speakers isn’t anything to shout about. The maximum volume is sufficiently loud, and it audio reproduction is satisfactory - it has good separation between different frequencies with the exception of the lower range of frequencies. Audio sounds better on the One A9 when it’s against other mid-range smartphones, but you’d notice that the One A9 doesn’t come with the awesome front-facing speakers that were a staple for their flagship models, and that takes away some of the awesomeness that could have been the One A9’s. And lest we forgot, the phone has a built-in DAC capable of converting 16-bit audio to 24-bit high-resolution audio. 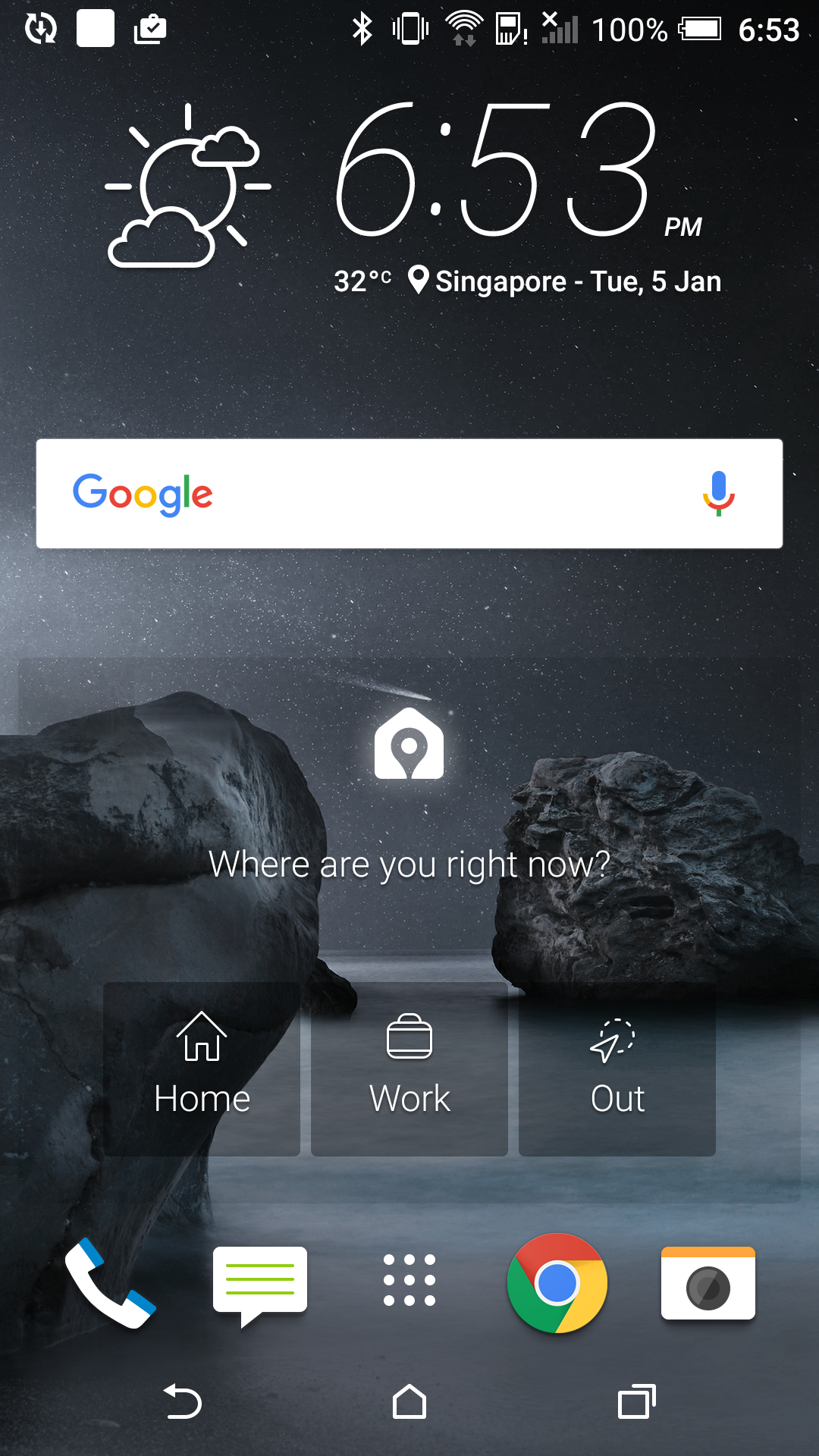 An interesting highlight of the HTC One A9 is that the phone comes with Android 6.0 OS Marshmallow out of the box. The One A9 is one of the few phones to do so (after the Huawei Nexus 6P and LG Nexus 5X). That’s taking into account new smartphones such as the LG V10 and Lenovo Vibe S1 that are coming, or are already in Singapore. While it’s not a massive perk, having the latest and greatest Android operating system out-of-the-box can mean that there’s no extended wait for compatibility updates, and it’s especially true if you are particular about using up-to-date software. Just look at all the expensive 2015 flagships from other brands - how many of them are running Marshmallow? 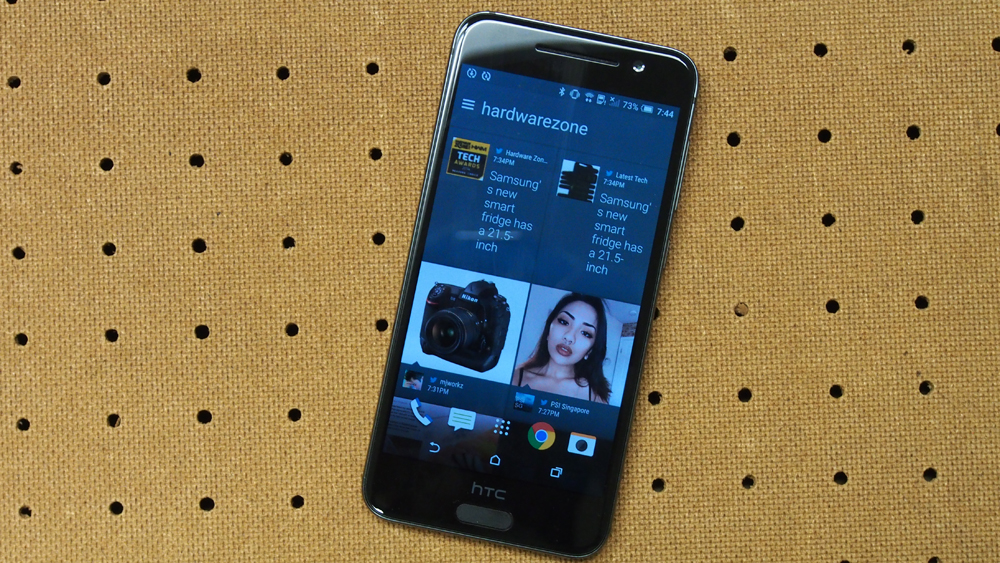 Marshmallow fever aside, the HTC One A9 comes with HTC Sense 7 out of the box - that’s the same HTC interface version when you get a flagship HTC One M9. We choose to look at it as a good thing where HTC gives the user all the goodies that made the flagship smartphones worth their weight in gold. The HTC One A9 comes with the same Sense Home display, BlinkFeed screen for social media, and HTC Themes for skinning your phone with - you could read them again in our HTC One M9 review here. 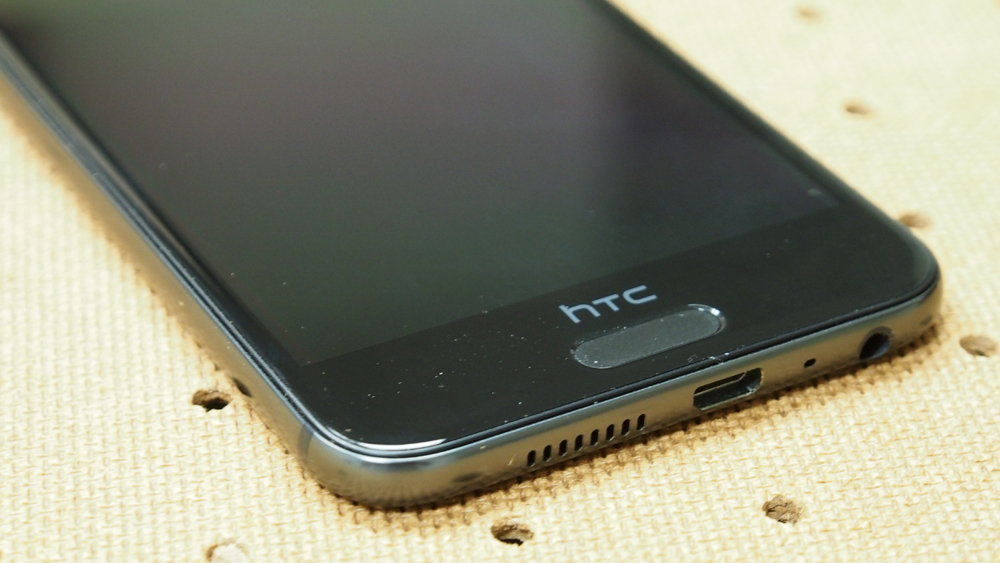 While technically a physical design, we consider the specially created physical Fingerprint Sensor at the bottom of the One A9 a feature in its own right. Functionality-wise, it’s more of a panel that’s touch-sensitive, instead of the clickable iPhone home button as we know about. The sensor also doubles as a screen wake-up button and a shortcut to the home screen when you’re in an app, making it extremely handy to have. We got used to the sensor very quickly because of how convenient it is. The fingerprint reading is quite accurate and fast to respond, so the feature does work as intended.