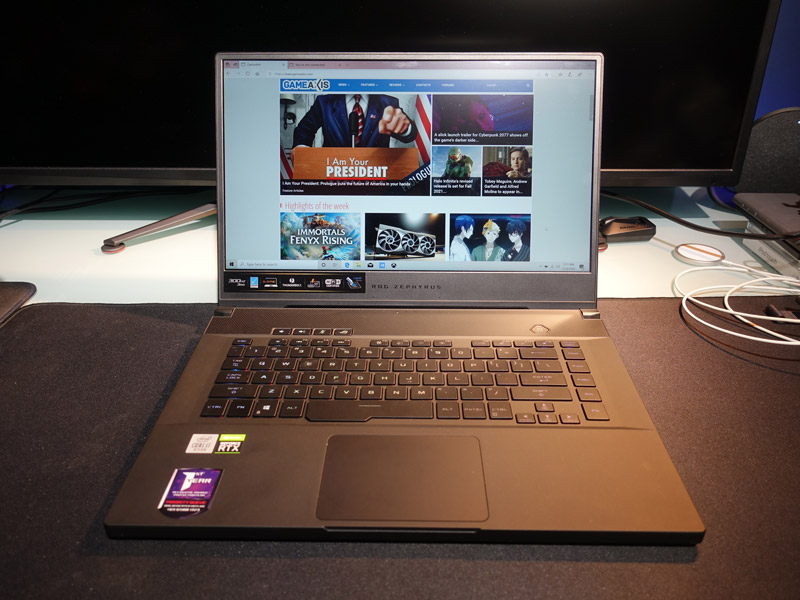 It is 2021 and it might seem a little odd that I am still reviewing a gaming notebook that was launched late last year. Well, be that as it may be, ASUS’ ROG Zephyrus S15 GX502 is still worth looking at if you’re looking for a gaming ultraportable with a solid performance. Let’s take dive in.

If you find the Zephyrus S15 GX502 oddly familiar, it’s because you’ve most likely read our review of its predecessor, the ROG Zephyrus S GX502, way back in 2019. The Zephyrus S15 then, essentially comes with updated hardware to allow it to run much faster, better thermals, dual-channel memory (finally!), 300Hz display, and some other minor refinements to what was already a great design. At the same time, however, it is still expensive, and also still lacks the big battery capacity and some of the features available with the competition. 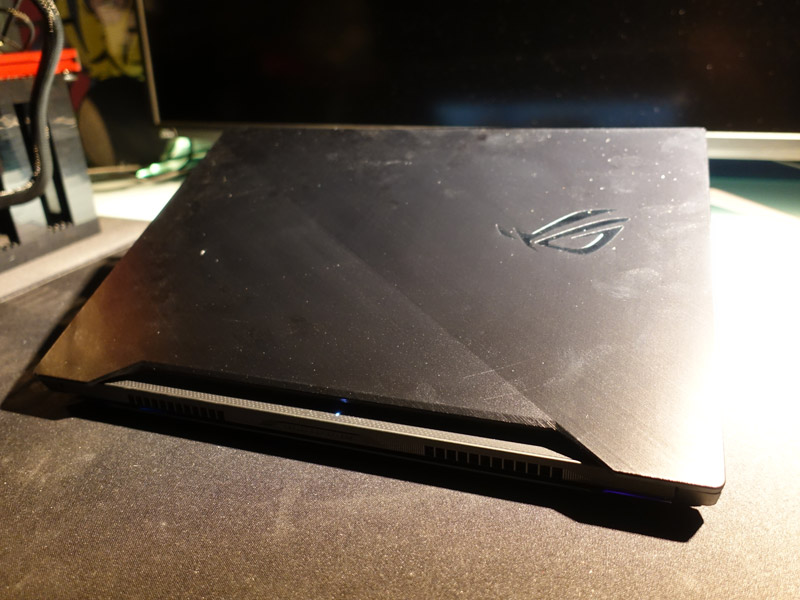 Not much has changed on the new Zephyrus S15’s exterior, so this means that it still retains the same compact and lightweight 15-inch form factor, at a whisker shy of just 2kg. It has the distinctive blocky design that is reminiscent of the Razer Blade 15, and features a sturdy magnesium-alloy chassis that is reinforced by a honeycomb structure under the palm rests to minimise flexing. The result is a robust-feeling notebook that seems well put together. 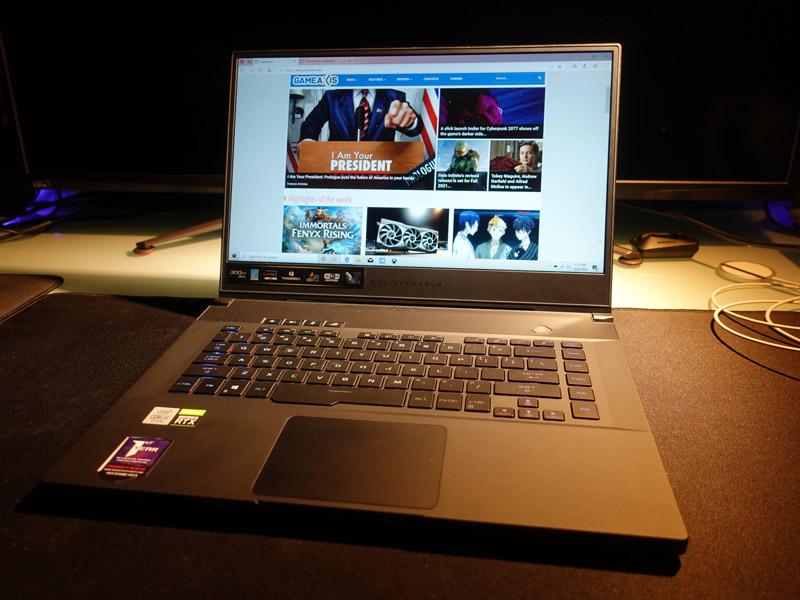 Build quality is top-notch, and I have no complaints about any creaking or unwanted sagging in crucial areas. I’m also pleasantly surprised by the soft-touch finish coating (which I really like, by the way), and it appears to resist fingerprints quite well. The lid boasts an attractive brushed metal finish that runs diagonally across its surface. Quite frankly, I think it looks great, and the design is pretty tasteful overall. When viewed from the front, it looks like it could almost pass off as a business notebook, and ASUS did say that it hopes the laptop will appeal to content creators as well and not just gamers.

The Zephyrus S15 is not just all looks. For 2020, the gaming notebook comes with Intel’s 10th Gen Core i7-10875H Processor running at 2.3GHz and NVIDIA’s GeForce RTX 2080 Super Max-Q – which is a step up from its predecessor’s RTX 2070 Max-P GPU. It was impressive then, but I find it incredulous that ASUS still managed to cram in the power-hungry GeForce RTX 2080 Super Max-Q into a chassis that is still extremely competitive with the slimmest notebooks out there. 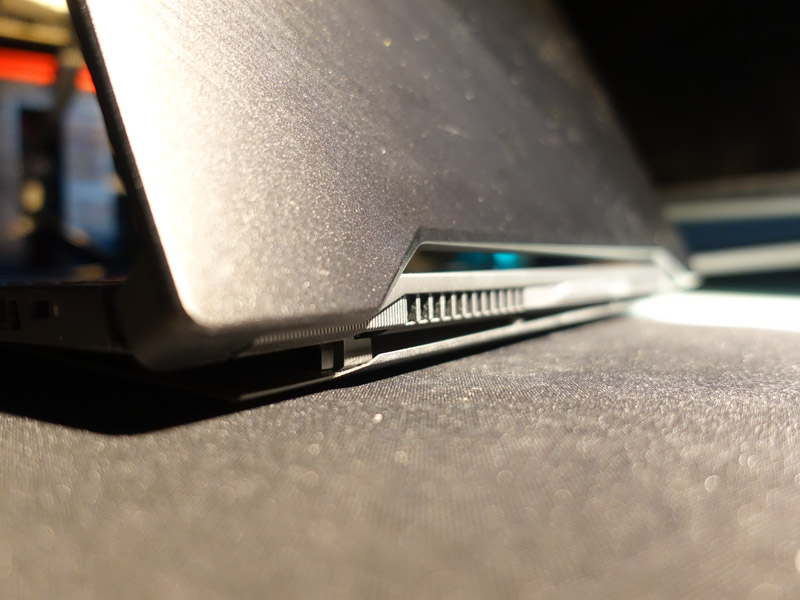 That aside, the Zephyrus S still retains a few key design innovations from last year's model. First and foremost, it still employs the Active Aerodynamic System - a unique-to-ROG trapdoor-like cooling-system at the bottom - that mechanically raises the bottom of the laptop from the desk. This lets the bottom fans draw in more air, and hot air is in turn exhausted through four vents at the back and sides of the laptop. 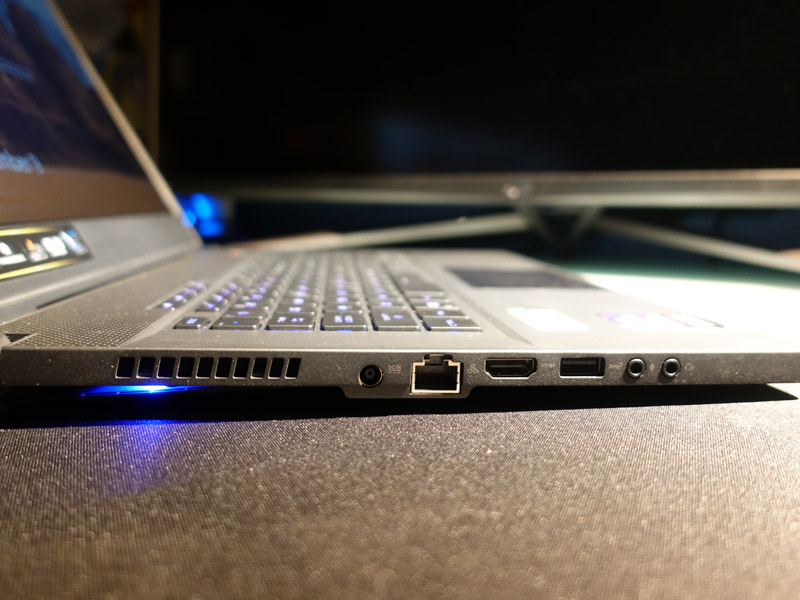 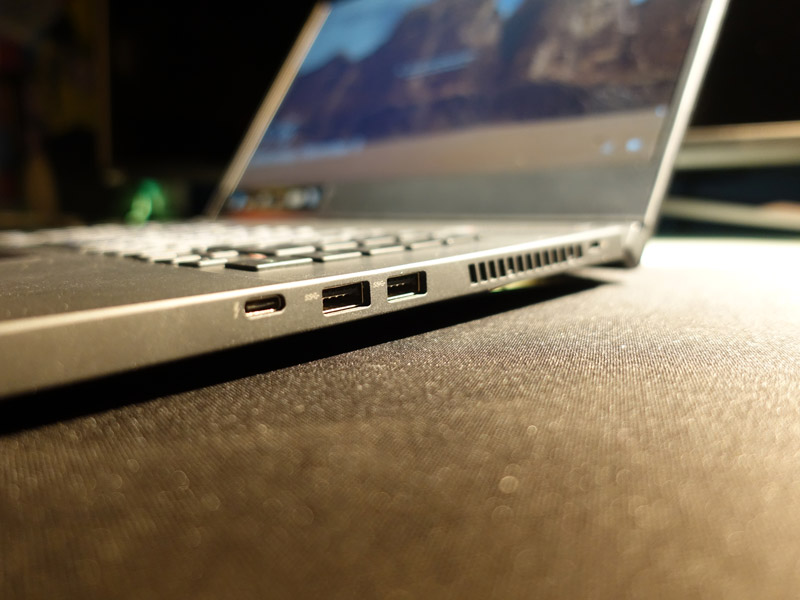 The fans themselves also feature the anti-dust cooling design that we've seen on many ASUS laptops of late. This system relies on centrifugal force to drive dust particles into special dust tunnels, so they don't clog up the cooling fins in the long run and ensure more consistent cooling performance further down the road.

It’s a slight shame that the Zephryus S15 still retains the same Full-HD 1,920 x 1,080-pixel display, and not a QHD or 1440p one as I’d hoped. Nonetheless, fans of serious shooter games will be happy to know that the screen’s refresh rate has been bumped up to 300Hz here. It’s probably overkill for mortals like you and me, but esports gamers would no doubt welcome the upgrade. As for the screen, I found it was bright enough for the most part, and colours appeared sufficiently vivid, with no particular bias toward the warmer or cooler end of the spectrum.

The screen is framed on three sides by pretty slim bezels, which helps reduce the notebook's footprint. This also comes at the expense of a built-in webcam, as the svelteness of the bezel meant it’s not practical to put one at any of the three sides. In place of it, ASUS has bundled the external GC21 webcam that’s actually pretty good and arguably better than most if not all built-in webcam out there, since it can also record at 1080p@60fps. It also means that one USB port on the Zephyrus S15 will be occupied when in use though. 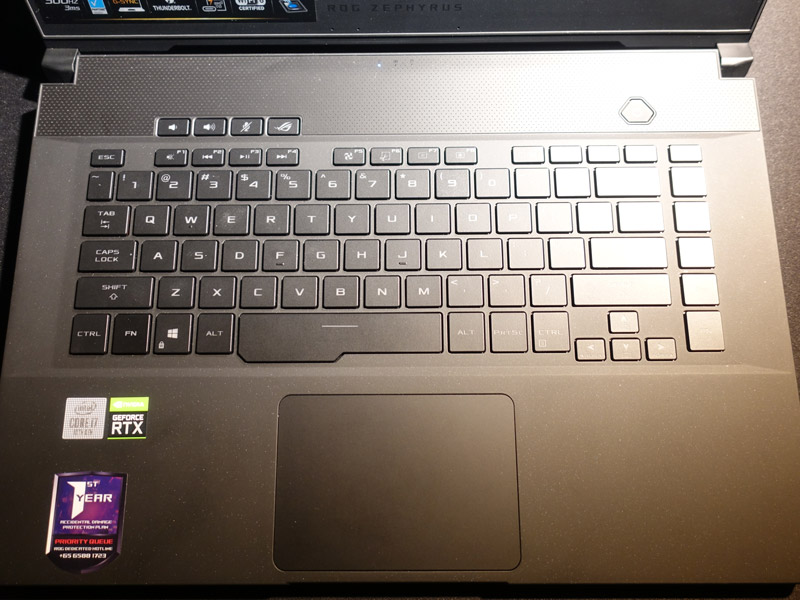 On the keyboard front, the Zephyrus S15 shares the same layout and keys as its Zephyrus S predecessor. Anyway, I like that the layout has been modelled after regular desktop keyboards as well, with the appropriate spacings between the blocks of function keys. The precision touchpad feels great as well, and the integrated left- and right-click buttons help create a cleaner and more modern look. 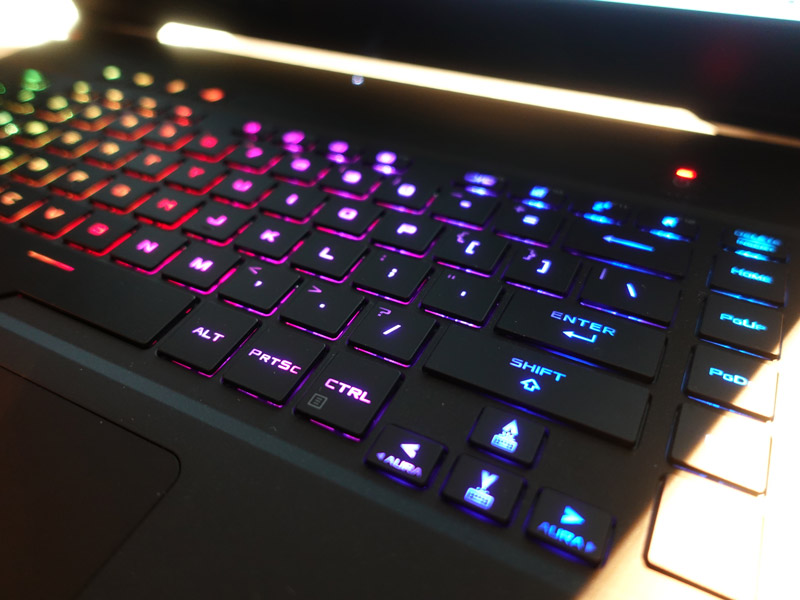 Finally, the dual 2.5W stereo speakers sit at the bottom of the laptop. They're about average for laptop speakers, and while they do get loud enough, they tend to lack definition. The low-end also sounded kind of anaemic, and there's noticeable distortion at maximum volume. You will want to stick with your favourite headphones or external speakers for gaming and music here.

Now let’s check out the gaming notebook’s performance on the following pages.

Write a Review
Compare This | Specifications
Excellent portability for a 15-inch gaming notebook
Slim and relatively light for its form factor
Innovative Active Aerodynamic System
One of the best Full-HD display around
That price tag
Could do with an additional USB-C Thunderbolt 3 port
Poor battery life
Our articles may contain affiliate links. If you buy through these links, we may earn a small commission.