It's quite the engineering feat

Note: This article was first published on 19th August 2020. 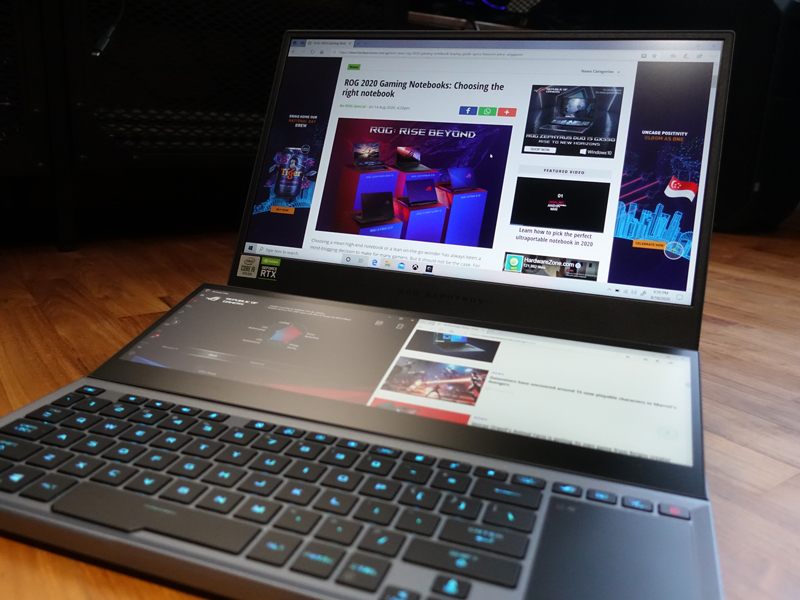 ROG’s newest gaming flagship has finally hit our sunny (or rainy) shores – the ROG Zephyrus Duo 15. Kenny has previously given us a good first-look from an ASUS private media session way back in April, which you can read again here but for completeness sake, I will talk about them in detail in my review as well. I was intrigued by the gaming notebook because from an aesthetic, functional and technical point of views, the Zephyrus Duo 15 is an engineering marvel. Over the past week, I’ve had the chance to play, test and benchmark it and here are my thoughts.

It's quite the engineering feat 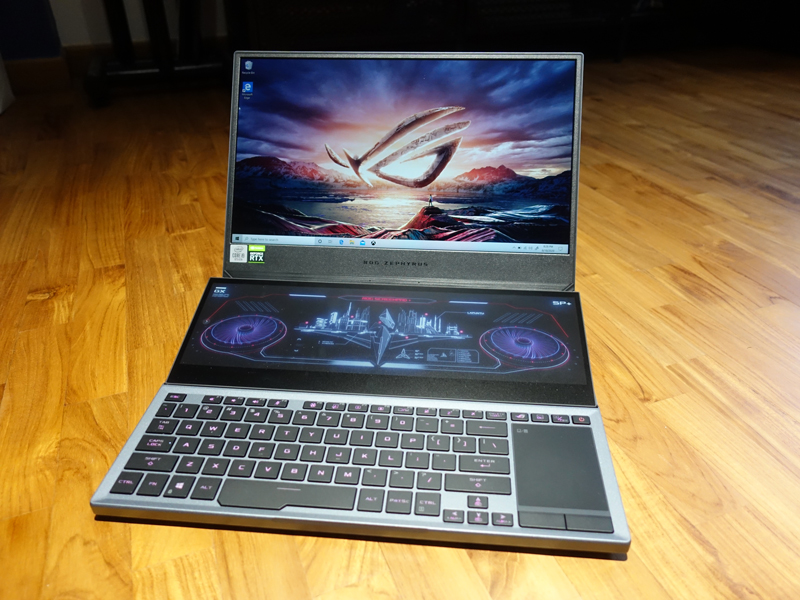 The Zephyrus series have always been a showcase of ROG’s engineering prowess. There’s the original ROG Zephyrus GX501 that debuted way back in Computex 2017 and features a unique bottom panel, which drops down slightly like the drawbridge to a spaceship when the hinge is raised to boost airflow. Then most recently there’s the impish ROG Zephyrus G14, which became the first gaming notebook to run on AMD’s newest and excellent Ryzen 4000 mobile processors, and also sport a unique AniMe Matrix LED panel on its lid.

The Zephyrus Duo 15 and its two displays concept, however, isn’t new and is actually just the third notebook of its type that has rolled out of the ASUS factory – although it’s the first for ASUS’ gaming-centric ROG brand. All three looks uncannily alike, but consider the ROG Zephyrus Duo 15 to be a very souped-up and much improved version of the original two-screen notebook, the ASUS ZenBook Pro Duo. How so?

For one, the secondary display, which is called the ROG ScreenPad Plus and is pretty much a replica of the ScreenPad Plus found on the ZenBook Pro Duo, has a new hinge design that lifts the display at a greater angle when the notebook is opened. Next, the Zephyrus Duo 15 is a specs monster. My test unit came with these key specifications:

As you can see, the ROG Zephyrus Duo 15 comes with a pretty insane specs and decked with Intel and NVIDIA’s top of the line mobile processors. This notebook has the looks as well as the power to back it up. But managing all this power and heat efficiently requires some ingenuity too. Keeping everything cool is an extensive heatsink design that uses Thermal Grizzly’s liquid metal compound instead of regular thermal paste for the CPU. ASUS claims this improves heat transfer and enables the CPU to sustain higher clock speeds for longer (less throttling). 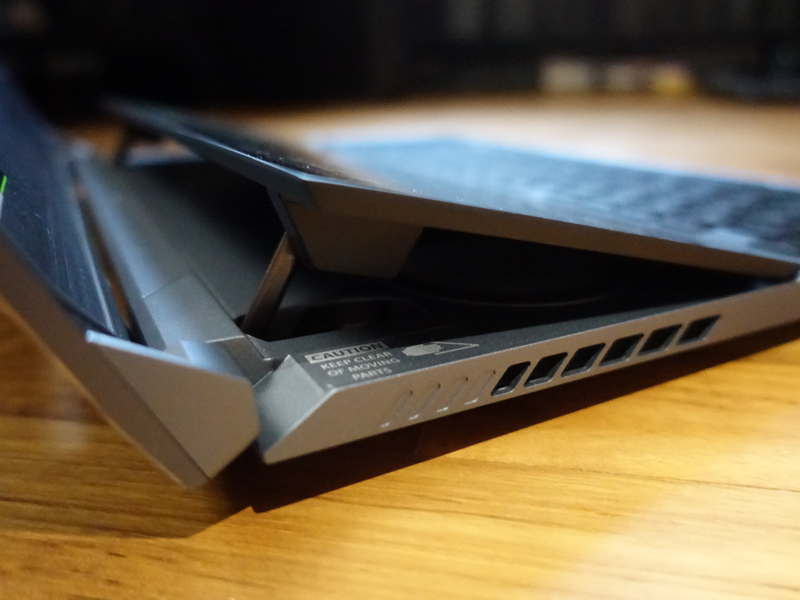 Additionally, having the ROG ScreenPad Plus lifted exposes the large 28.5mm high air intake path to enable the notebook to draw cooler air above it. ASUS calls it the Active Aerodynamic System Plus. These combined to make the Zephyrus Duo 15, while not exactly whisper quiet, one of the quieter gaming notebooks I’ve tested to date even when it’s running at full load. That’s quite a remarkable feat.

But how are the displays?

The 15.6-inch primary display that came with my test unit uses a Full-HD IPS panel, meaning its native resolution is locked to 1920 x 1080 pixels. You’d also be forgiven for assuming that many manufacturers will abandon visual quality in place of a faster display but not so with this gaming notebook. Sure, the Zephyrus Duo 15’s screen sports a speedy 300Hz refresh rate and 3ms response time, but the panel is also Pantone Validated and factory calibrated for accuracy across 100% of the sRGB colour space. The colours, brightness and clarity output is both impressive and stunning, and I’m not exaggerating when I say it’s by far the best Full-HD display I’ve seen on any notebook. 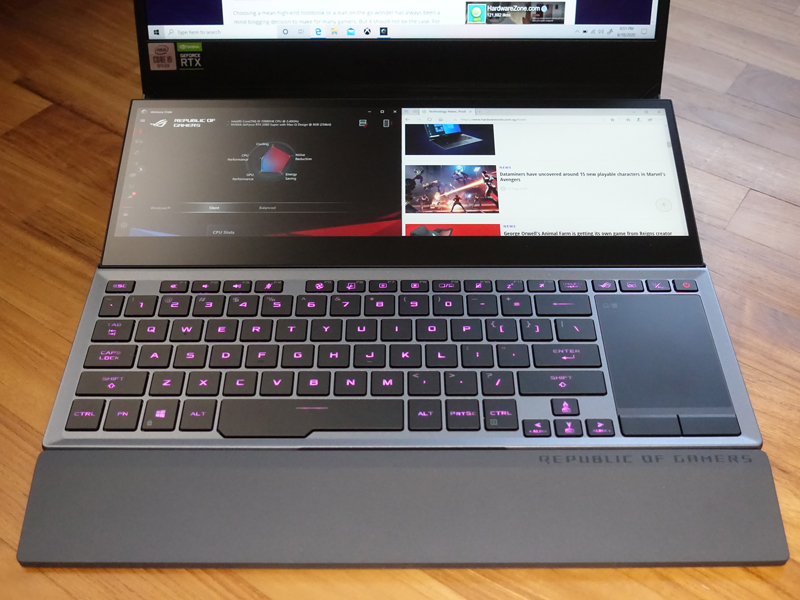 Naturally, the 14-inch secondary ROG ScreenPad Plus display is a key highlight of the Zephyrus Duo 15. It’s a touch-screen capable display with an IPS panel running at a native 3840 x 1100 resolution with a 60Hz refresh rate. It’s an odd resolution that works better with the 4K display upgrade option though, as the resolution disparity between both screens on my test unit meant that I kept having to resize my windows each time I drag them between them.

It also has a matte finish, which is a good choice as I can imagine a glossy one will just makes the inevitable fingerprints and other smudges on it more obvious and harder to clean.

As for ports, there’s a single USB-C port that supports Thunderbolt 3 and two USB-A ports supporting USB 3.2 Gen 1 on the right side. Right at the rear there’s another USB-A port that supports USB 3.2 Gen 2, an HDMI 2.0b port (supporting 4K@60Hz), and a Gigabit Ethernet port. When not tethered to LAN, the Zephyrus Duo 15 supports the latest Wi-Fi 6 for fast wireless downloads. Completing the list are the 3.5mm audio jacks for headphones and microphones, and DC-in jack for charging on the left side of the notebook. 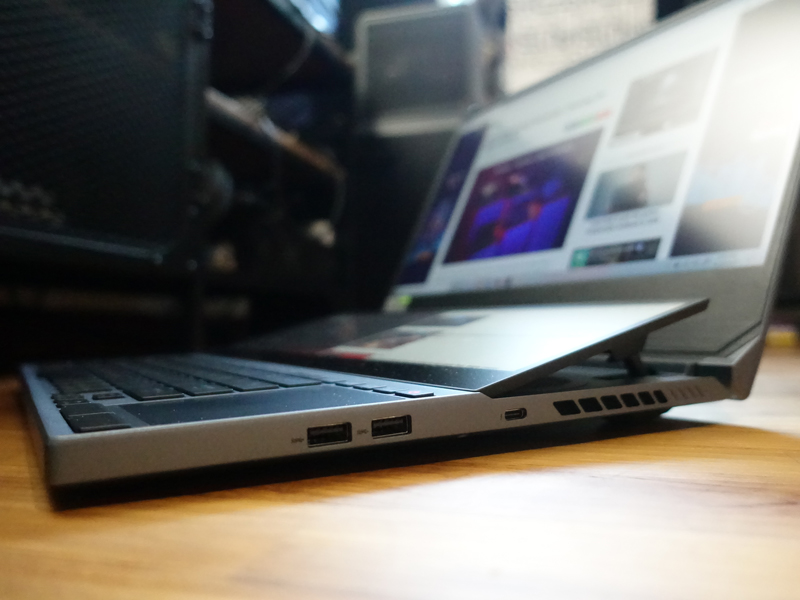 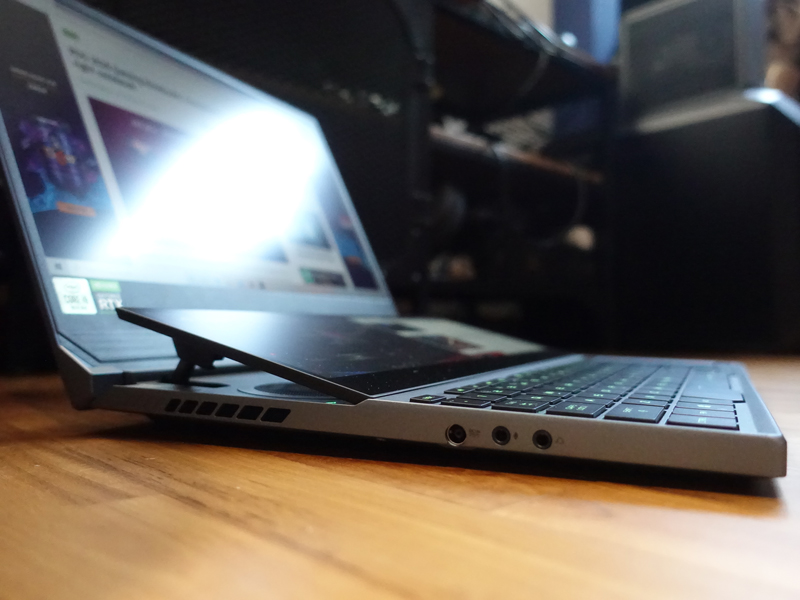 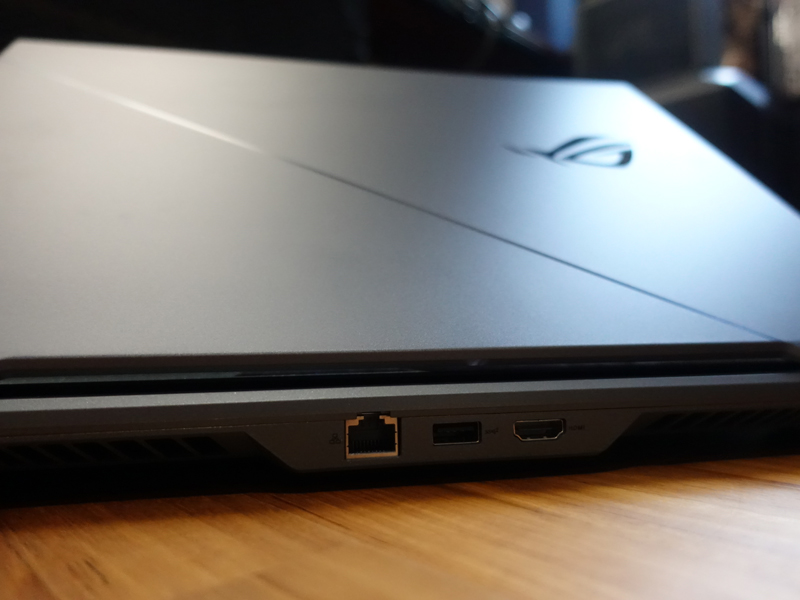 Speaking of charging, the Zephyrus Duo 15 also comes with a separate 65W power adapter that lets you charge the notebook via the USB-C port. It’s a much smaller and lighter power brick for traveling around with than the default 230W adapter, but only suitable for light uses such as web browsing and streaming videos. I thought this was a very nice touch from ROG. 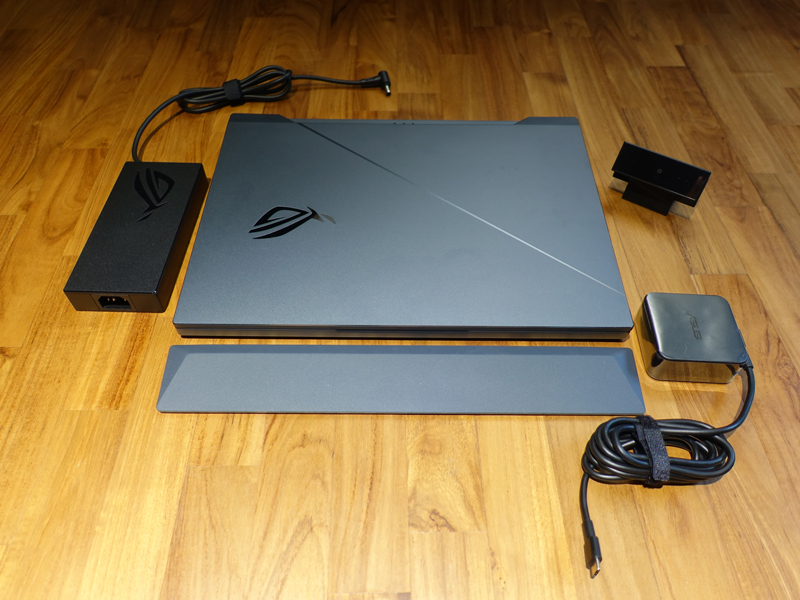 My only gripe here is there’s no memory card readers of any sort, which is a little odd exclusion as ROG has targeted this notebook at three key audiences and one of them certainly could do with one. More on that in the next page.

Write a Review
Compare This | Specifications
Gorgeous Full-HD display
Genuinely useful ROG ScreenPad Plus
Best-in-class specifications
Excellent build quality
Excellent performance
Includes a second 65W Type-C power adapter
Pricey
Requires the use of wrist-rest to type comfortably
On the heavy side
Not exactly portable-friendly
Could do with an additional USB-C Thunderbolt 3 port
Our articles may contain affiliate links. If you buy through these links, we may earn a small commission.
Sponsored Links