We ain't getting cellular yet 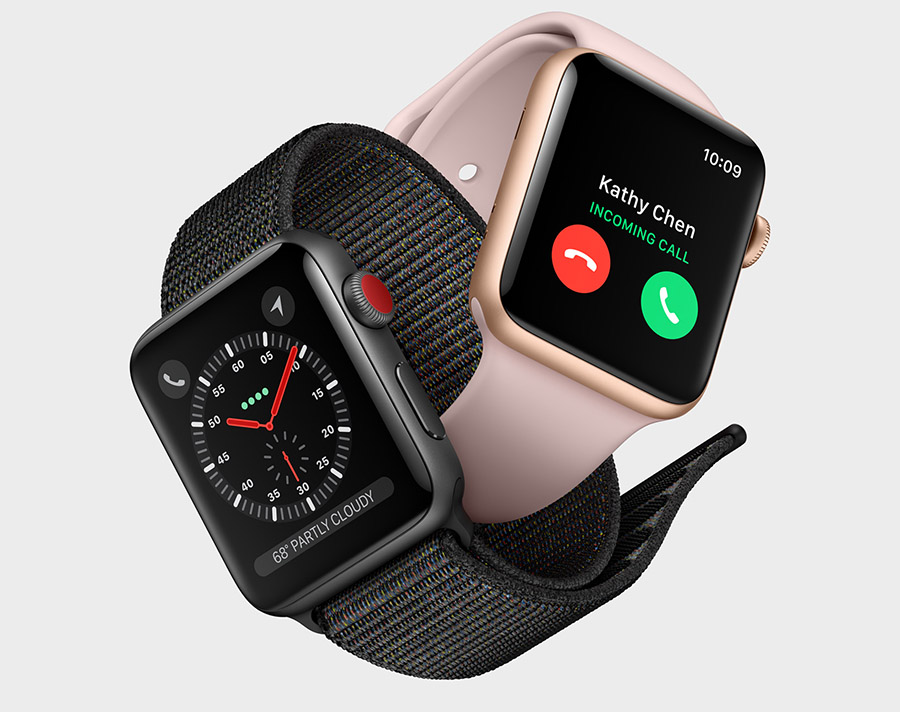 Apple recently held a special event where they unveiled their new smartwatch called the Apple Watch Series 3. During the event, they also mentioned that they are now the number one watch brand in the world, surpassing heavyweights like Rolex, Fossil, Omega, and Cartier. Though Apple didn’t say if this is measured in terms of volume or revenue (we are guessing revenue), it is still a pretty impressive piece of statistic.

Though the new Apple Watch Series 3 looks identical to its predecessors, it has one very important new feature. It will come with cellular connectivity - a first for an Apple smartwatch. 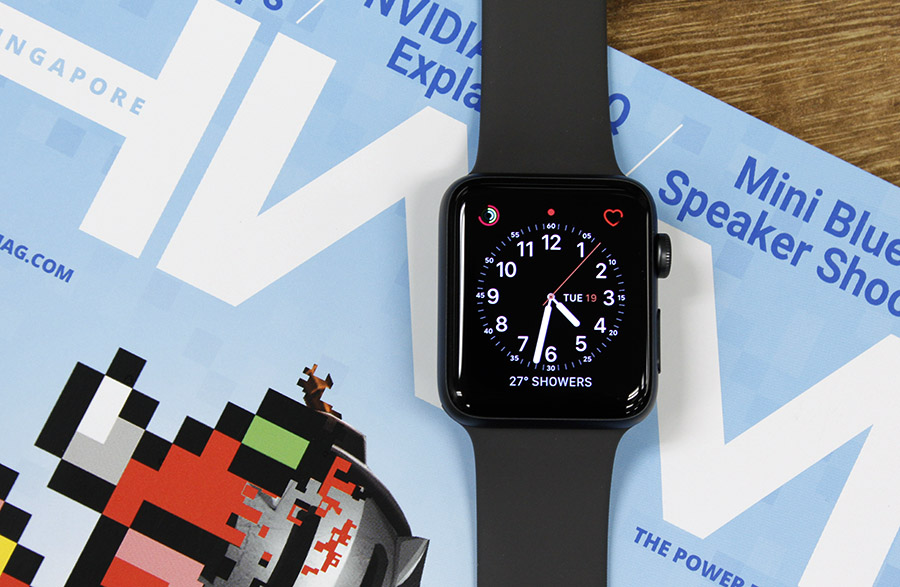 The problem, however, is that we won’t be getting the models with cellular connectivity, at least not yet. Presumably, this is because of the absence of telco support for the eSIM chip that the Apple Watch Series 3 is using. So what we are getting, for now at least, are the non-cellular versions, which are also known as the Apple Watch Series 3 (GPS). Representatives from Apple did say that they open to working with local telcos, so hopefully we will get the cellular versions in the near future. But first, let’s run through what’s new in Apple’s third-generation smartwatch. 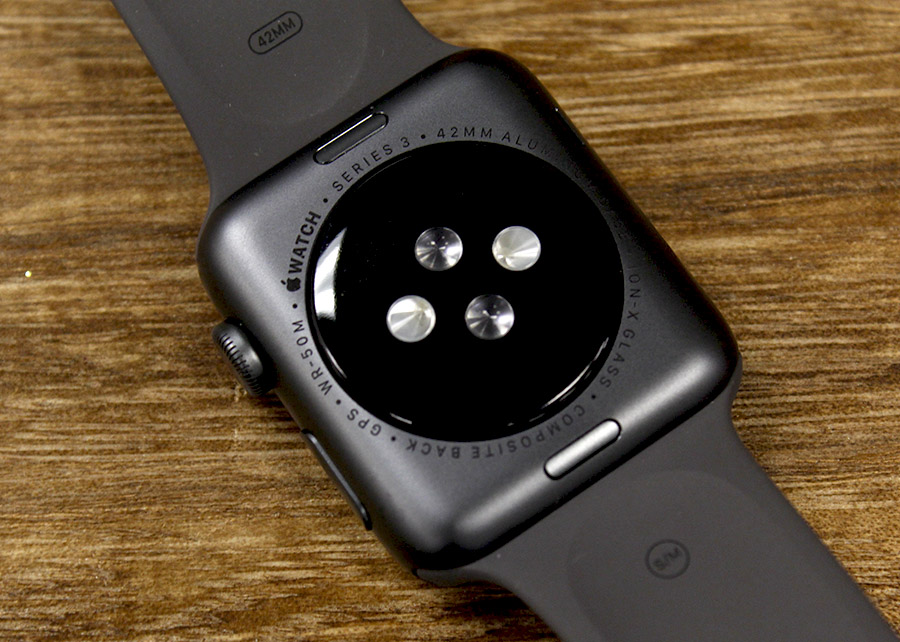 S3 Processor - The Apple Watch Series 3 gets a new and improved dual-core processor called the S3. Apple claims performance has been improved by 70%. This means a more responsive user experience and more fluid graphics. This processor is also what gives Siri enough compute power to speak for the first time on the Apple Watch. 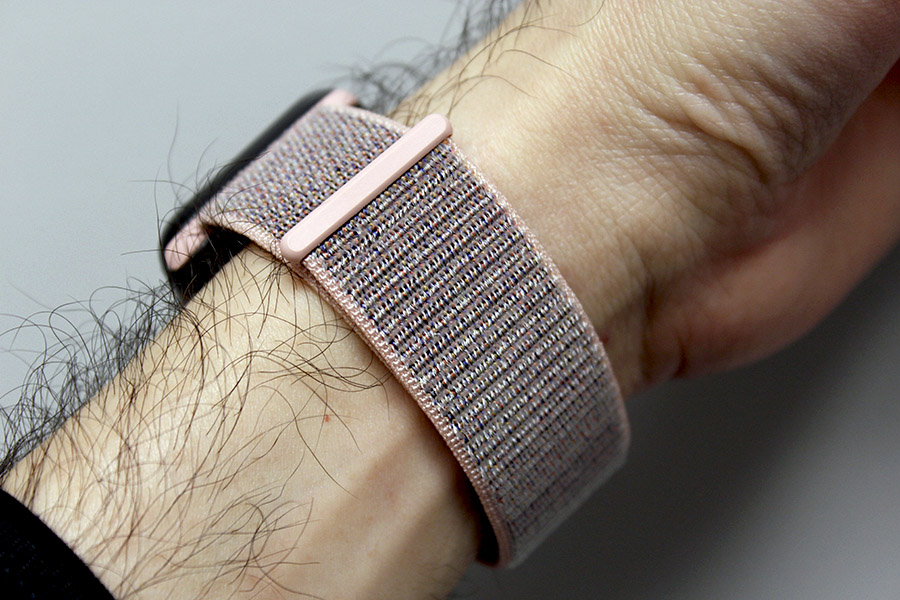 New bands - Apple has been continuously releasing new bands for the Apple Watch ever since its launch and there is now a bewildering selection for owners to choose from. For Apple Watch Series 3, Apple launched new Sport Loop bands, which come in 8 tantalizing colors including Seashell, Pink Sand, Spicy Orange and Electric Pink. There are also new Sport bands, Woven Nylon bands, Leather bands, and Hermès bands. 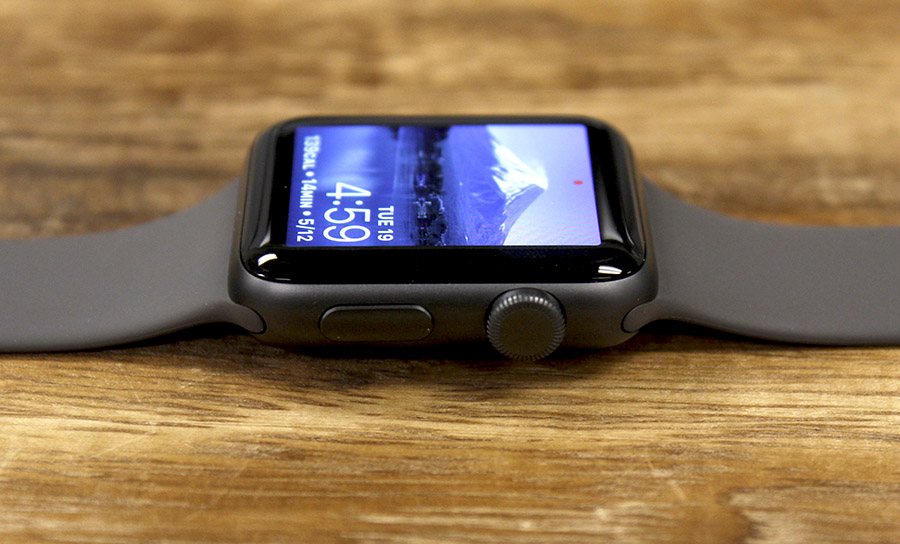 Design - The Apple Watch Series 3 is still square. A lot of folks have clamored for a round Apple Watch, but I still think that a square design is best. To begin, a square display makes the most sense for displaying text. But perhaps more importantly, the square case of the Apple Watch is so distinctive now and people can recognize it from a mere silhouette, much like how people can recognize a Coke bottle from its silhouette. That is a mark of a strong design. 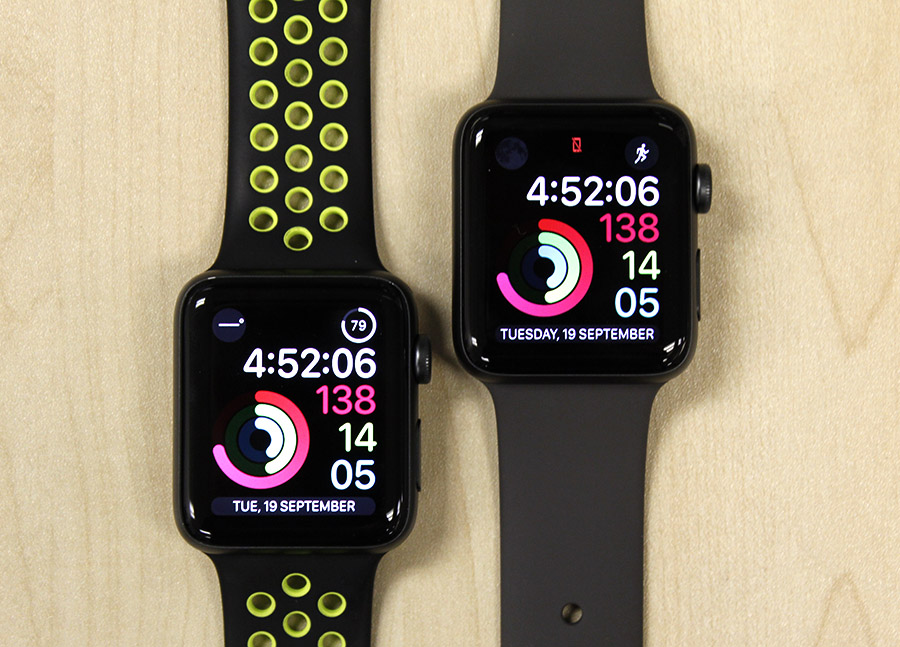 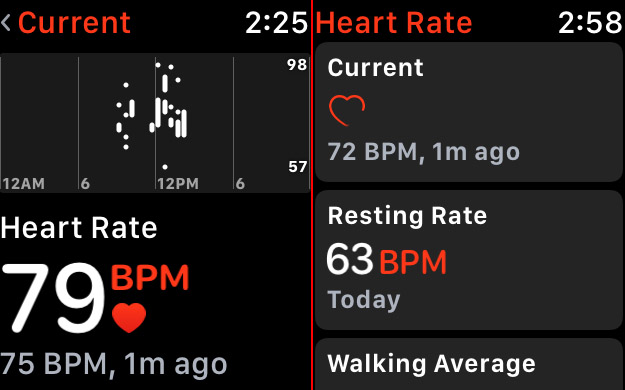 As you can probably tell by now, the non-cellular Apple Watch Series 3 (GPS) is quite similar to last year’s Apple Watch Series 2. In fact, apart from the faster processor, W2 wireless chip, and new barometric altimeter sensor, the two are mostly the same.

The other big difference is that the Apple Watch Series 3 (GPS) comes preloaded with watchOS 4, Apple’s latest operating system for its smartwatch. watchOS 4 features significant improvements and updates, and there’s a strengthened focus on health and fitness.

For example, the Heart Rate app has enhanced to show deeper insights including details like resting and walking heart rates. The app can now even alert you if it detects abnormal heart rates.

The Activity app has also been tweaked to be more personal and intelligent to help users close their activity rings. watchOS 4 can monitor your activity levels and send notifications near the end of the day with suggestions as to activities that you can do to close your rings. 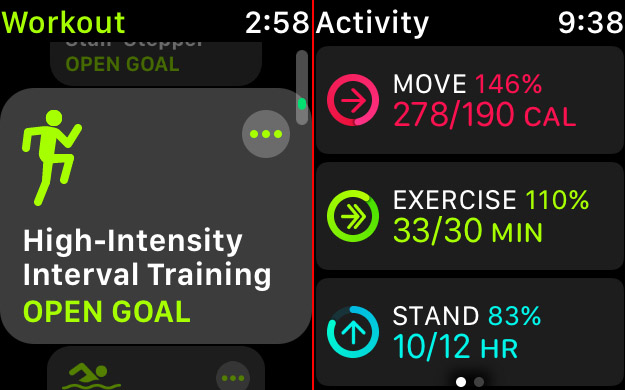 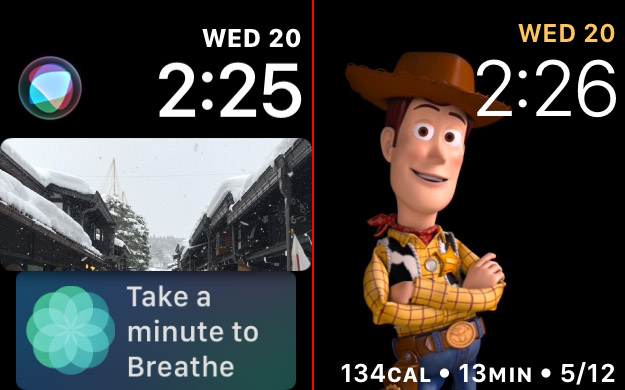 And of course, watchOS 4 comes with new watch faces. There’s a new Siri watch face that gives instant access to Siri, plus it updates dynamically based on your information in other apps like Calendar, Reminders, Activity, and Wallet. For fans of Toy Story, there’s also new Woody, Jessie, and Buzz Lightyear watch faces that animate whenever you raise your wrist. And finally, there’s the Kaleidoscope face that changes and distorts when users rotate the Digital Crown, creating unique trippy patterns.

Write a Review
Compare This | Specifications
Better all-round performance
Improved battery life
Built-in GPS and heart rate monitor
50-meter water resistance
Strong design, lots of straps for customization
Class-leading build quality
More affordable than less year's models
Not much difference over last year's model
Only non-cellular model available now
Activity tracking can be a little generous
Still needs to be recharged every night
Our articles may contain affiliate links. If you buy through these links, we may earn a small commission.
Sponsored Links