Note: This review was first published on 24 October 2022. 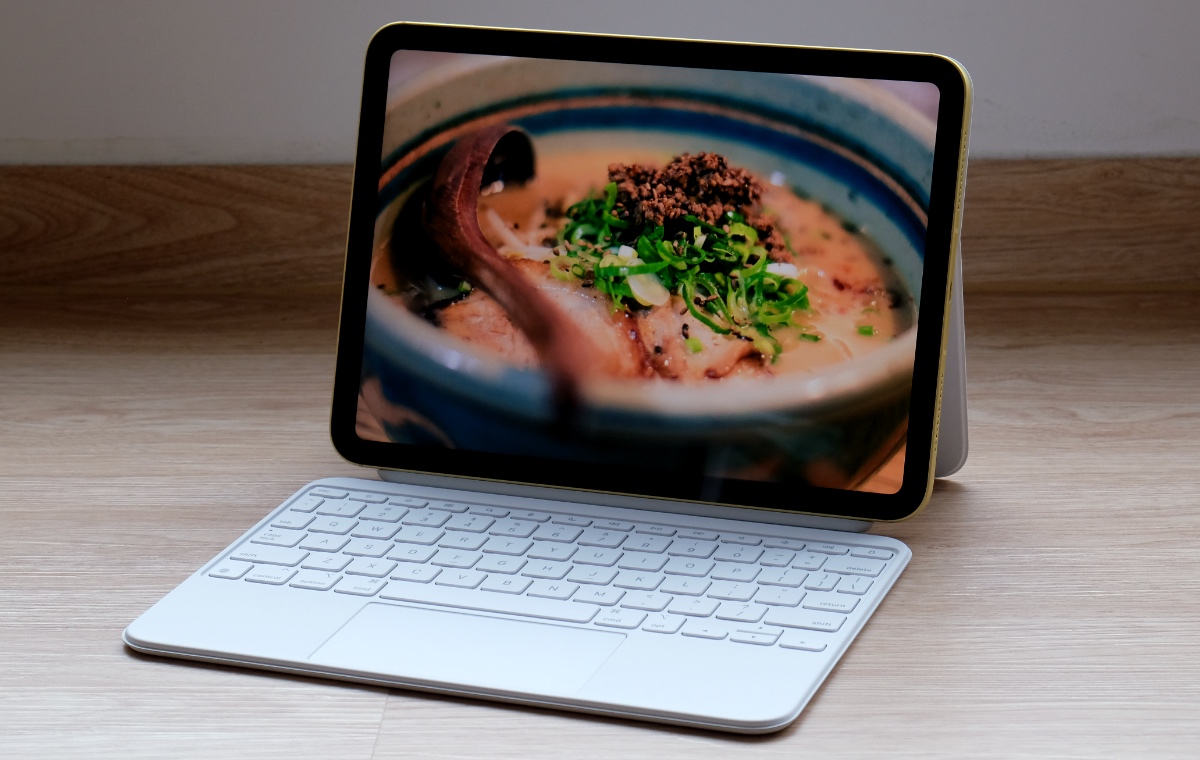 For the past couple of years, Apple’s entry-level iPad has received mostly spec-bump updates. And honestly, it was starting to look stale with its large bezels and anachronistic Touch ID button. This year, however, Apple has finally decided to give its most affordable iPad a thorough makeover with a fresh design, new accessories, and the A14 Bionic chip.

A mostly good iPad that's let down by its awkward integration with the first-gen Apple Pencil and high starting price. 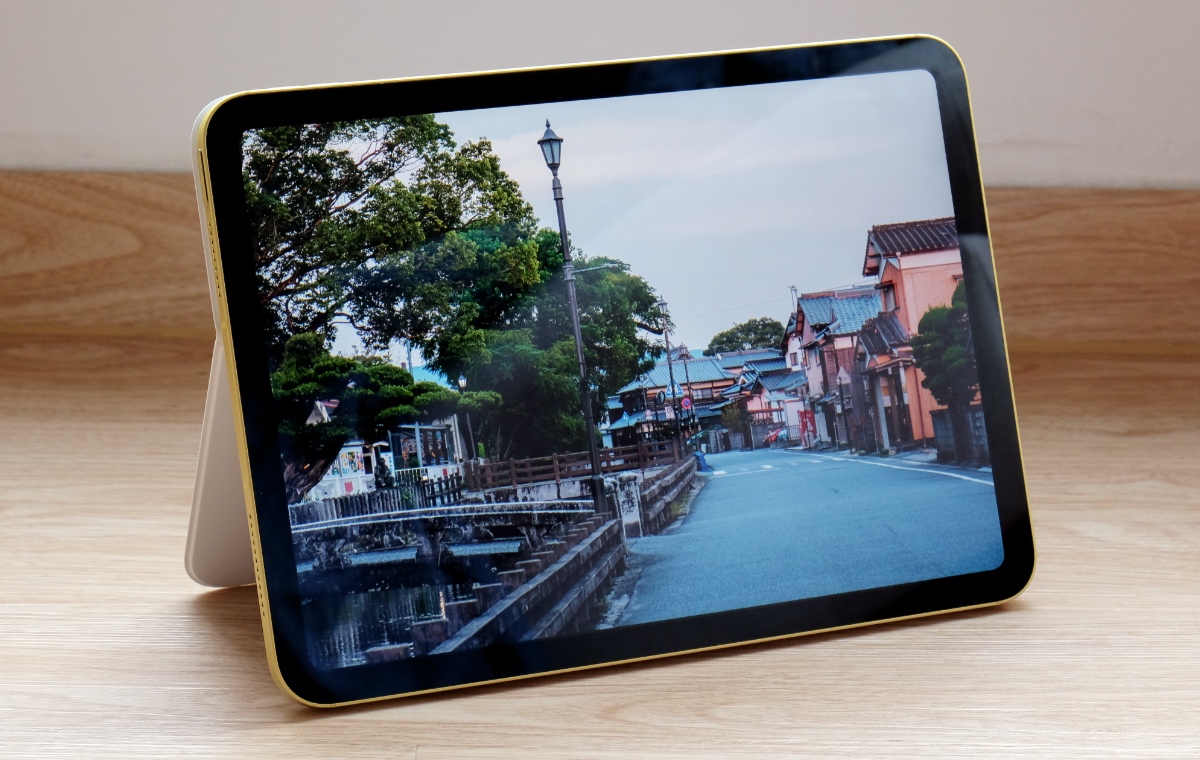 The bezels are slimmer, the Touch ID sensor has been integrated into the power button, and the chassis now has flat sides. It’s a look that brings it in line with the current crop of Apple products. The display is larger too and it’s now 10.9-inches (up from 10.2). In short, it's almost indistinguishable from the iPad Air.

However, there are tell-tale signs if you know where to look. The front-facing camera has been moved to the long side of the iPad. This means the camera now sits above the display when you put the iPad in the landscape orientation. This is good news for anyone who uses their iPad for video calls. The Smart Connector has been relocated to one of the edges instead of being at the back.

Also, the iPad comes in brighter colours. Apart from Silver, there’s now Pink, Blue, and Yellow. The unit I’m testing is Yellow and it’s certainly very striking. It’s more mustard yellow than banana. I haven’t seen the other colours in the lineup so I can’t comment on them, but having seen Yellow, there’s a good chance Blue or Pink might be my favourite of the bunch – I'm not feeling this shade of yellow.

The display is quite similar to the one in the iPad Air. They are the same size, support the same 2360 x 1640 pixels resolution, and neither supports ProMotion technology. However, the iPad’s display isn’t fully laminated, doesn’t have anti-reflective coating, and only supports the sRGB colour space (not P3). Even then, this is a mostly good-looking display. It looks crisp and sharp, and the colours look rich and natural. Reflections are only bothersome if you view the display from odd angles. 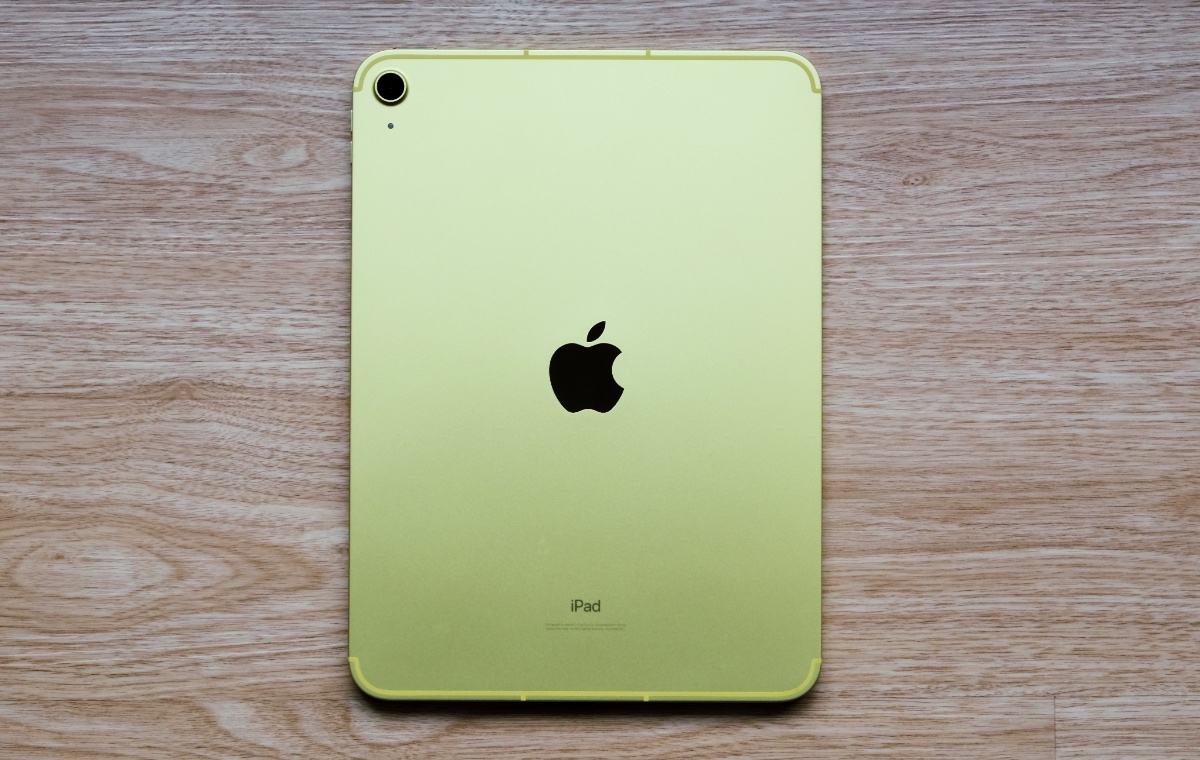 Another big update (at least for me) is that it’s the first iPad to finally have proper stereo speakers on both sides of the screen when in landscape mode. This is a huge deal because earlier iPads had stereo speakers but they were both on one side next to the Lightning port, so when you were watching videos in landscape, sound only comes from one side. For a tablet, the speakers sound good and will suffice for casual watching. They get loud with little distortion and are remarkably clear. However, they lack low-end oomph. 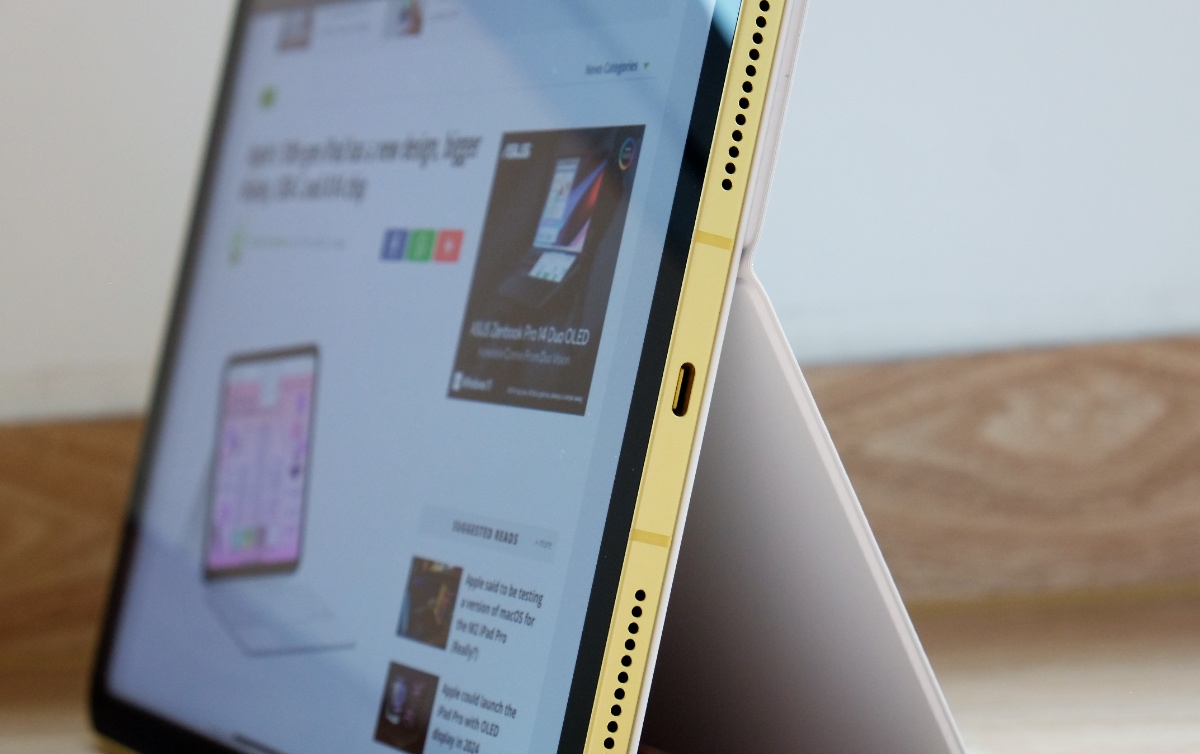 The new iPad also ditches the Lightning port for a USB-C port. Even though it only supports USB and not Thunderbolt, it can still drive a single external display at up to 4K resolution and at 30Hz. While the move to USB-C is much welcomed, it also causes some problems. Mainly, it’s because this iPad is only compatible with the first-generation Apple Pencil, which requires a Lightning port not only to charge but also to pair.

Apple’s solution is to sell a dongle that it calls the “USB-C to Apple Pencil Adapter.” But you need more than this little dongle to charge because it’s a female USB-C port and a female Lightning port. This means you still need a USB-C cable to connect this dongle to the iPad before you can pair and charge your Apple Pencil. Why hasn’t Apple simply made it a male USB-C to female Lightning port cable is beyond me because now the integration with the Apple Pencil is terribly convoluted. Perhaps someone will offer a third-party solution in the future. 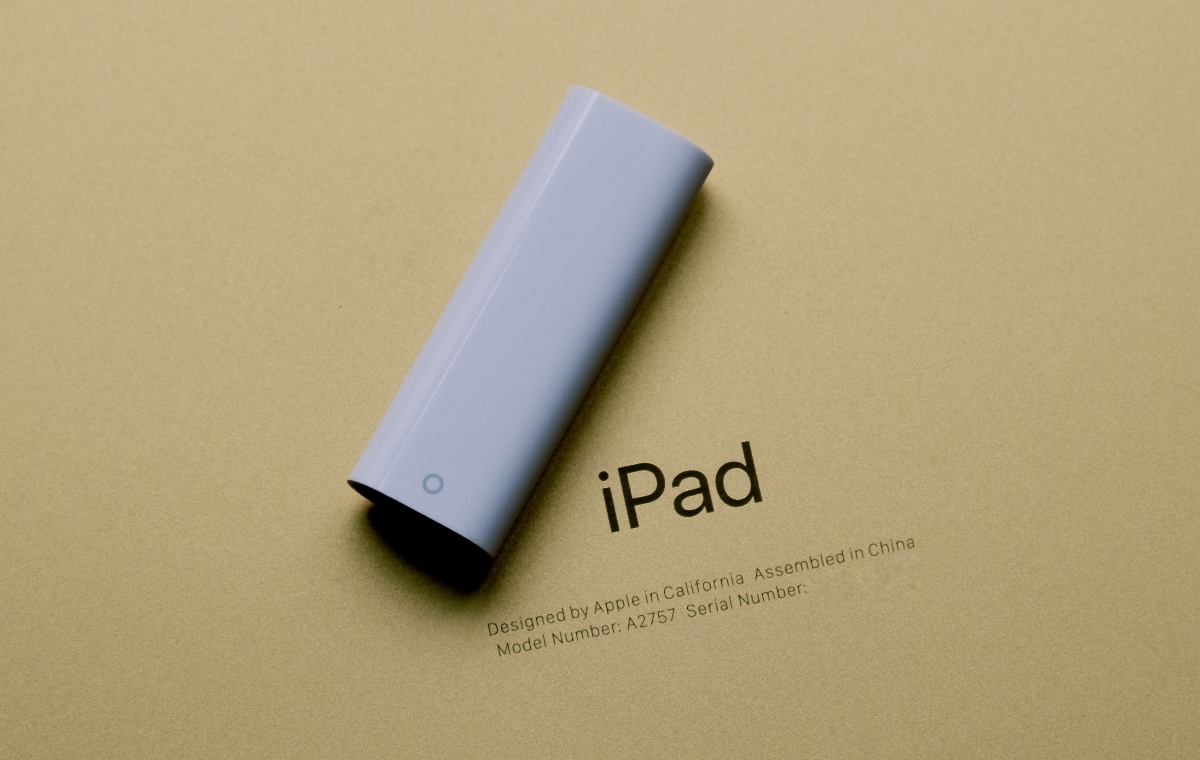 This could have been avoided completely if it supported the new second-generation Apple Pencil. The reason it doesn’t, I was told, is because Apple wanted to make sure the new iPad would be compatible with older iPad accessories so that upgraders need not buy new accessories. But I’m not sure I buy it because Apple then went ahead and introduced an all-new Magic Keyboard Folio for this iPad (more on it later).

Once you get over the clumsy pairing and charging process, the first-generation Apple Pencil works well with this iPad. It doesn’t have the cool new hover feature that’s available only on the new iPad Pro but it feels responsive, smooth, and intuitive. Don’t worry that this new iPad doesn’t have a ProMotion display, any input lag is barely perceptible. 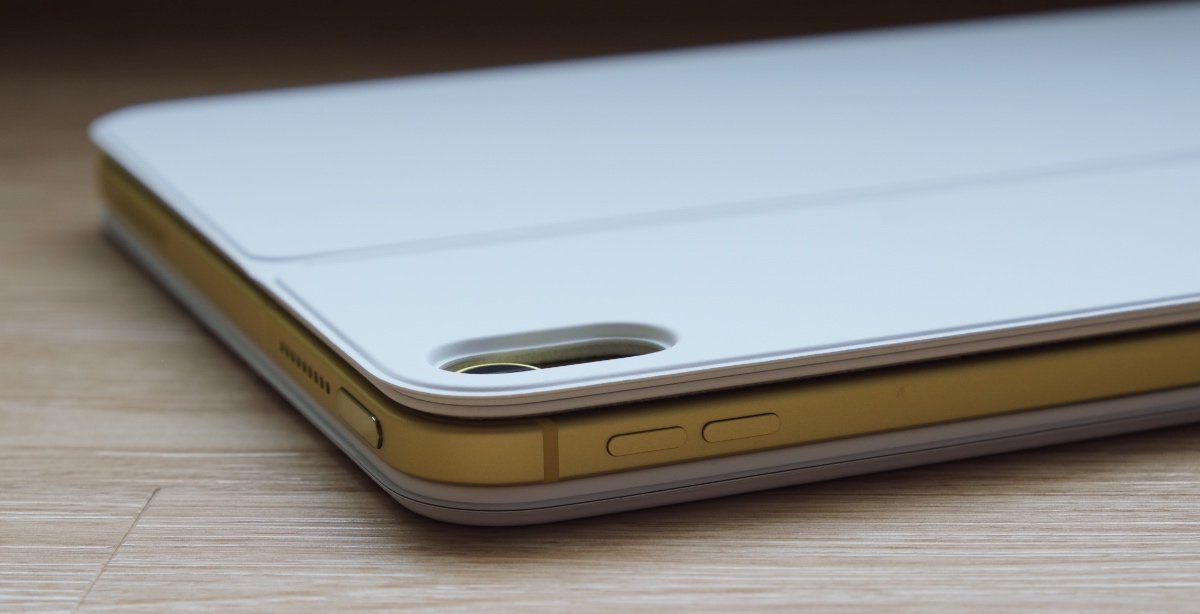 This is an all-new accessory for the iPad and it’s similar to how Logitech’s Combo Touch iPad keyboards work. Unlike the Magic Keyboard for iPad Pro & iPad Air which was a single-piece unit, the new Magic Keyboard Folio is two components that attach to the iPad. You have the keyboard which attaches to the Smart Connector and then there’s a separate protective panel that also doubles up as an adjustable stand.

There are pros and cons to this design. The obvious upside is that you can detach the keyboard whenever you don’t need it and reduce its footprint. The downside is that you have to remember that there’s an adjustable stand that you need to deploy before you can start typing. I lost count of the number of times the iPad flopped onto the table only because I forgot to deploy the stand. This is not an issue with the earlier Magic Keyboard because the stand is an integrated part of the keyboard. I’m sure I’ll get over this after I get used to it. 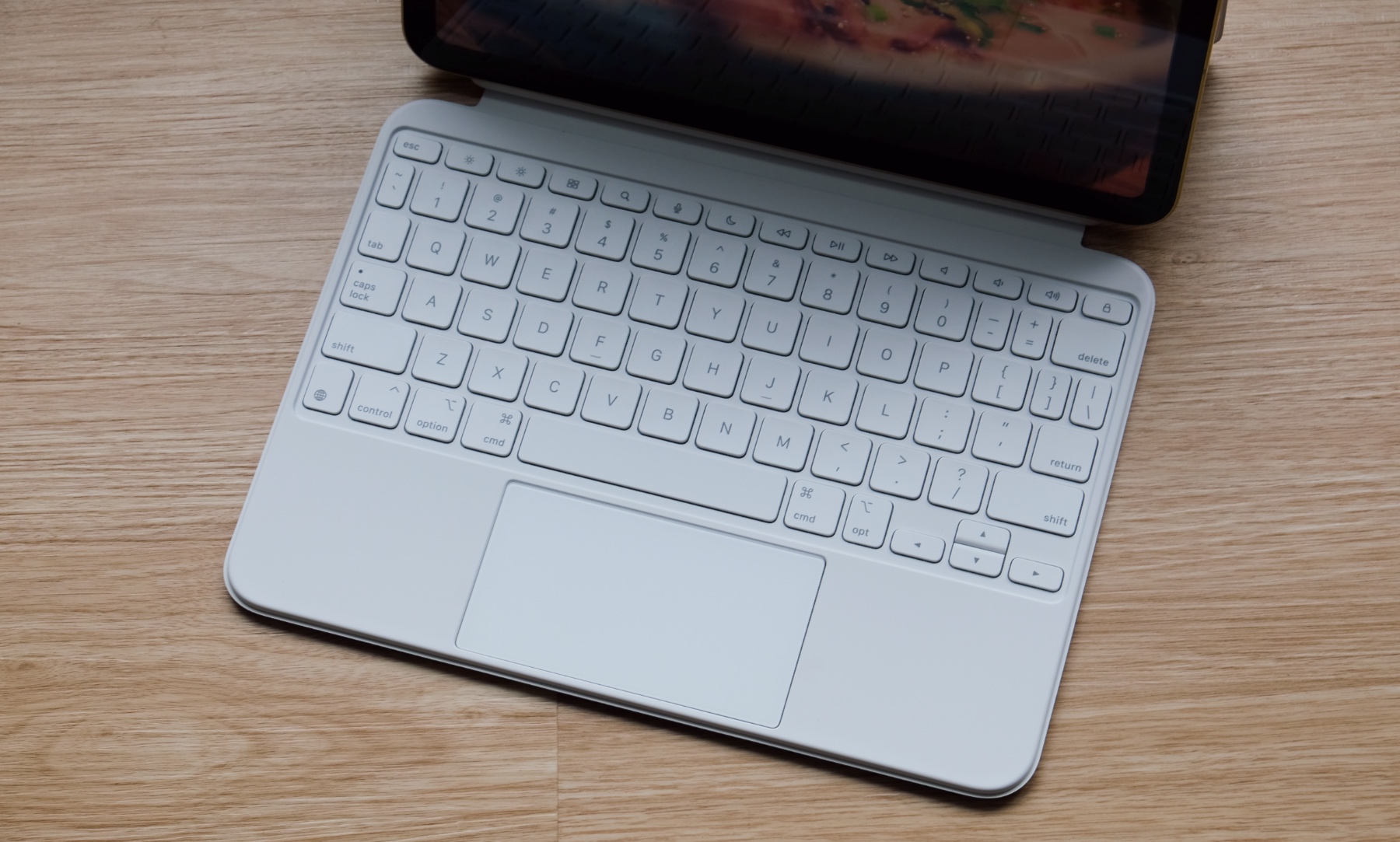 One notable thing about this keyboard is that it has a row of function keys which earlier Magic Keyboard didn't have. This new keyboard is nice to type on mainly because it feels solid and not flimsy. The keys themselves are decently sized, have an adequate amount of travel, and feel positive with a well-judged amount of resistance. One thing to note, the keys don't have back-lights – unlike the Magic Keyboard for iPad Pro and iPad Air which do. The trackpad is as big as it could be and it’s responsive and accurate. No complaints there.

Like any of Apple’s “Magic” accessories, the Magic Keyboard Folio is pricey. It is S$379. To give that figure some context, Logitech's Combo Touch keyboard case for this new iPad is S$229.

Write a Review
Compare This | Specifications
Good performance
Nice display
Thin and light form factor
Front-facing camera has been moved
USB-C, at last
Deep integration with Macs
Clumsy Apple Pencil integration
Display capped at 60Hz
Price has gone up
Accessories sold separately and pricey
Our articles may contain affiliate links. If you buy through these links, we may earn a small commission.
Sponsored Links