Apple’s obsession with thinness and lightweight is renown. However, they chose to sacrifice that in exchange for battery life. Much of the extra thickness and heft of the new 16-inch MacBook Pro can be attributed to its battery. The capacity is a massive 100Wh, the maximum allowed by the US FAA (Federal Aviation Administration). The old 15-inch MacBook Pro’s battery was 83.6Wh. This means an increase of nearly 20%. Because of the larger battery, claimed battery life is up just 1 hour. If you think that sounds little, don’t forget that this new MacBook Pro has a larger display and a thermal system that allows the processors to run faster for longer. 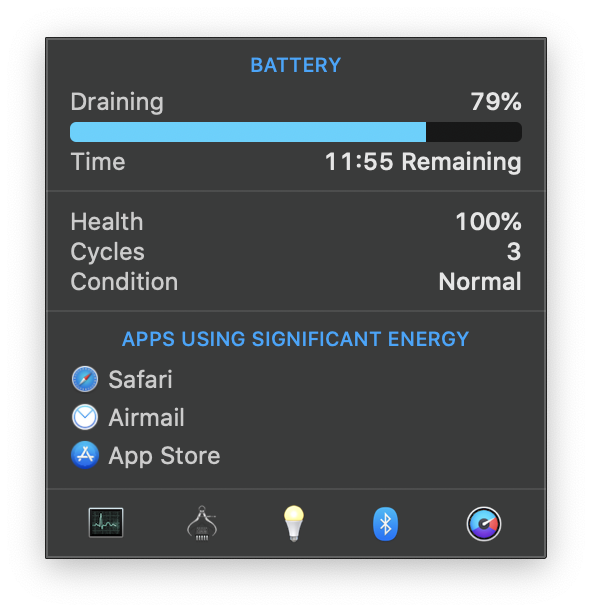 Battery life is commendable thanks to the huge battery. With the brightness level of the display set to around 80% and running my usual suite of apps — Airmail, Safari, Music, Pages, nothing crazy — I could easily get over 10 hours of battery life. That’s remarkable when you consider its mammoth display and its powerful hardware.

Apple has finally replaced the butterfly mechanism keys. This new 16-inch MacBook Pro features what Apples calls a Magic Keyboard and it comes with a more traditional scissor-switch mechanism. In doing so, Apple is trying to invoke the positive feelings and thoughts that users have with its standalone Magic Keyboards (the ones that come with iMacs and you can buy separately). And a teardown by the folks at iFixit shows that the keyboard in the new 16-inch MacBook Pro is almost identical to that of its standalone Magic Keyboards.

When Apple first introduced its butterfly mechanism keyboard in 2016, I was quite fond of it. Key travel might be next to nothing but it has this clickety-clack action that I liked. I was also lucky that I never encountered any problems with it. My only gripe was that it was fatiguing to type, but I attribute this to my furious typing style (fans of Up in the Air will know what I’m on about). But over the years, other notebook manufacturers have really improved their keyboards and it made me wish that Apple would do likewise, which they finally did with the 16-inch MacBook Pro’s Magic Keyboard. 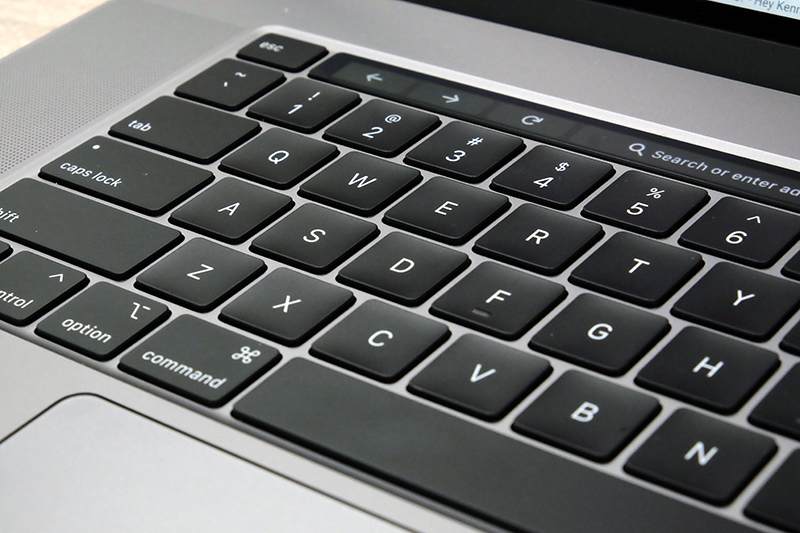 Ironically, they did so by actually going back to a tried-and-tested design that works. As I said, the Magic Keyboard now uses a traditional scissor mechanism and Apple says it has 1mm of travel. There are brands that offer more, but it’s sufficient for me. More importantly, it just feels so much better to type on. The feel is positive, tactile, and keys soak up your strokes well even if you are an angry typist like I am. If you are coming from a MacBook with the butterfly mechanism keyboard, the typing feel of this new keyboard will make you go ooh and ahh and maybe even scream unspeakable things.

As for reliability, we'll have to wait and see what owners of this new MacBook Pro say. But I suspect reliability issues will be a thing of the past given that Apple has basically used the same design that it does in its standalone Magic Keyboards. Those have been around for a long time and they haven't had any issues. 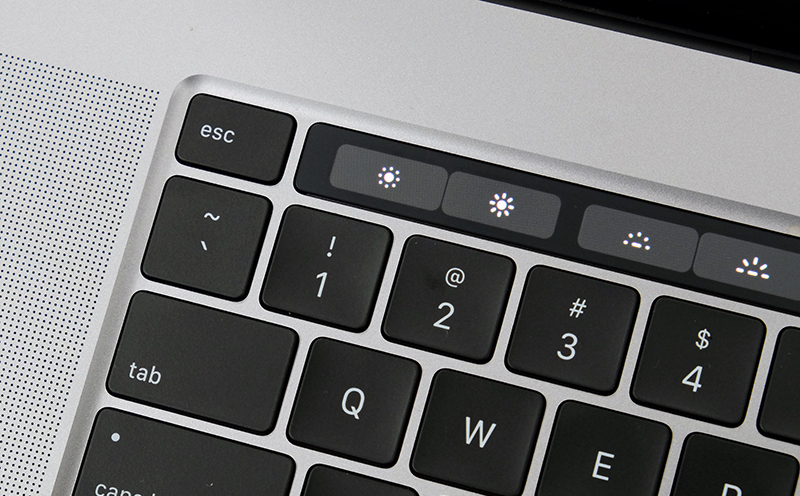 There are also other minor but welcomed changes around the keyboard. There’s now a physical Esc key in the upper left corner (yay) and the Touch ID is now separate from the Touch Bar. The arrow keys have now returned to an inverted-T layout. I didn’t know this but apparently many people felt that having full-size left and right arrow keys made it hard for them to find the arrow keys. I didn’t feel that way but then I don’t think I use arrow keys very much.

I don't hide the fact that I'm not fond of the Touch Bar. When they were introduced I thought that they were promising, but a few years on I still haven't found any scenario that I would prefer them over using the keyboard and trackpad. Maybe it's because I'm a touch typist and so I seldom look down at the keyboard but then most MacBook Pro owners I know don't use their Touch Bar either. Your mileage may very well vary but I could do without the Touch Bar. 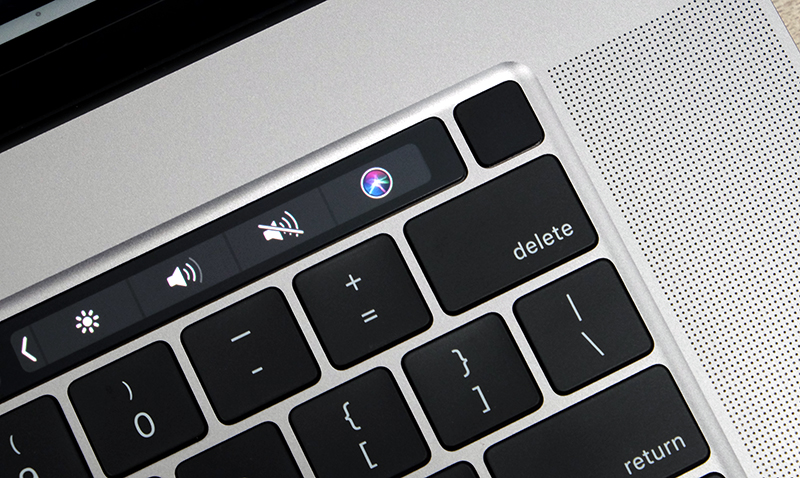 The trackpad, like all Mac notebooks, is one of the best you’d find on any notebook. It’s smooth, fluid, responsive, accurate, and on this 16-inch MacBook Pro, it’s gigantic, measuring 16cm across and 10cm from top to bottom. Put another way, it's even larger than an iPhone 11 Pro Max. Other notebook makers ought to pay more attention to the size of their trackpads. Ultra-thin bezels and smaller footprints are all good but that shouldn’t come at the cost of tiny trackpads that make scrolling a pain. 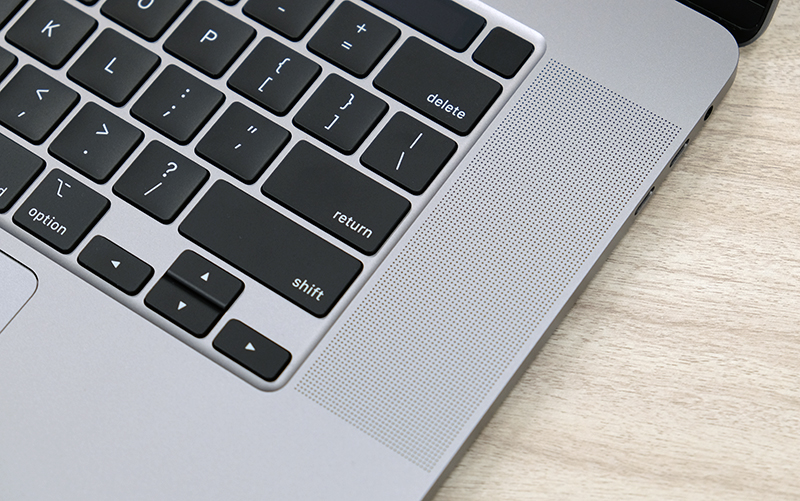 Speakers are often the most overlooked component in a notebook. Sure, many notebooks that “branded” speakers from the likes of Harman Kardon or Bang & Olufsen, but they often sound tinny and uninspiring.  They make sound and that’s usually it.

Apple, however, has been making meaningful improvements to their MacBook speakers for quite some time. I thought the speakers in the MacBook Air were pretty impressive but the 16-inch MacBook Pro is even more incredible.

Here, we have an elaborate 6-speaker system that includes a patented woofer design that mounts two speaker drivers back to back. The effect of this is that the two drivers cancel out each other’s vibration and, according to Apple, dramatically reduces distortion.

In the real world, the new 16-inch MacBook Pro sounds majestic insofar as notebook speakers are concerned. It sounds full-bodied and authoritative, it gets very loud,  and there’s even palpable bass. And even at maximum volume, I can hear very little distortion. The overall tuning is very similar to Apple’s AirPods. Bass is strong, the mids are smooth, and the highs are tame. It’s a safe but pleasant tuning. But most crucially, this is one notebook that can forgo separate standalone speakers. The built-in speakers are good enough, they really are.

Work has also been done on the microphone. The 16-inch MacBook Pro has a 3-mic array that Apple says has 40% less hiss and a signal-to-noise ratio that rivals professional studio-grade digital microphones. The idea is that podcasters and YouTubers can rely on the built-in microphone to record on-the-go, and it improves the quality of FaceTime calls. I don’t much experience with high-end microphones but I did try FaceTime with the new microphone and I can confirm that it works very well.