Life after death: Interviewing the creators of World of Warcraft: Shadowlands

The afterlife is kinda broken 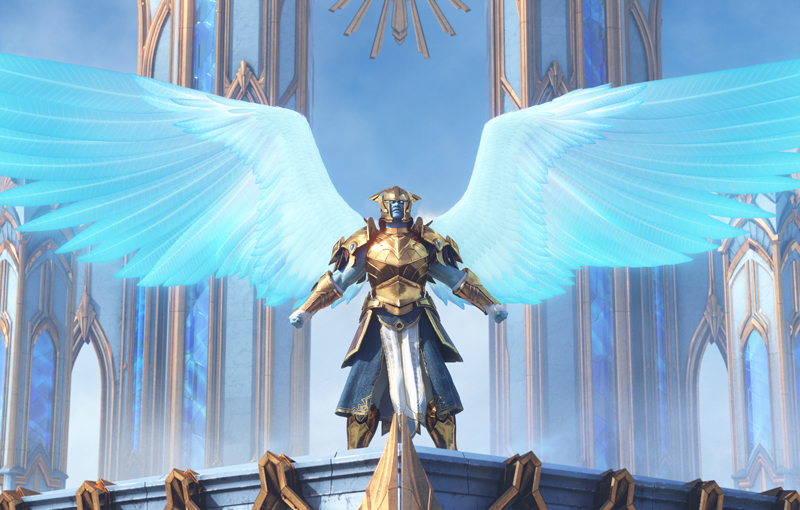 World of Warcraft: Shadowlands is the next expansion for the hugely popular MMORPG, and it’s due for release next week! This expansion takes players away from Azeroth and into the afterlife, where things are breaking down at a rapid pace. Players will have to side with one of the Shadowlands’ four Covenants and fight for their survival - but that’s easier said than done.

We recently spoke to two of the lead developers behind Shadowlands: lead game designer Morgan Day and executive producer John Hight. The duo spoke about the various thoughts and processes that go into constructing an expansion for a 16-year-old game, as well as what it takes to please such an outspoken playerbase.

Note: this interview has been edited for length and clarity.

More than 15 years after the game has launched, how does the team go about creating dungeons for new expansions that still feel unique and rewarding to play through?

Morgan Day: So, with the Shadowlands, we had eight new dungeons. Often, levelling up through a zone will lead you into a dungeon to really kind of cap off and finish telling the story of this zone. So that's something that always informs our decisions in terms of how we're developing the zone of a dungeon, as well as what might be in the dungeon itself.

That is to say, dungeons are always informed by the story and theme surrounding these expansions. For example, there’s a dungeon in the zone of Ardenweald that houses these almost fairy-like creatures that have tricky and playful personalities. So we started talking about these tricksters and thought it would be fun to introduce a puzzle-like element in that dungeon. Because of how much each expansion introduces to the overall lore, there’s always something fresh and exciting to chase when developing dungeons.

Shadowlands has a much more linear story progression, compared to the last expansion. Why did the team decide to move away from branching storylines in favour of a more straightforward story here?

John Hight: For battle for Azeroth, we really wanted to have two storylines. One unique to the Alliance and one unique to the Horde, and both would feature the same events from a different point of view. And we even took that all the way into the raid, where you'd start from different sides of the raid. And in the case of Shadowlands, we're introducing you to a place that we've heard very little about in any of World of Warcraft's lore. There's a map and a small mention of it in our Chronicles books, but very little else is known.

So we want to make sure that we introduce you to the pantheon of Shadowlands and take you through each of the Covenants. Because a very important part of the game is after you've met all the Covenant leaders, you're going to have to make a decision about which Covenant you want to join. We want to make sure that you understood and appreciated the culture and the values of each of the covenants, and decide which one really was the best fit for you. A linear story worked best for that. 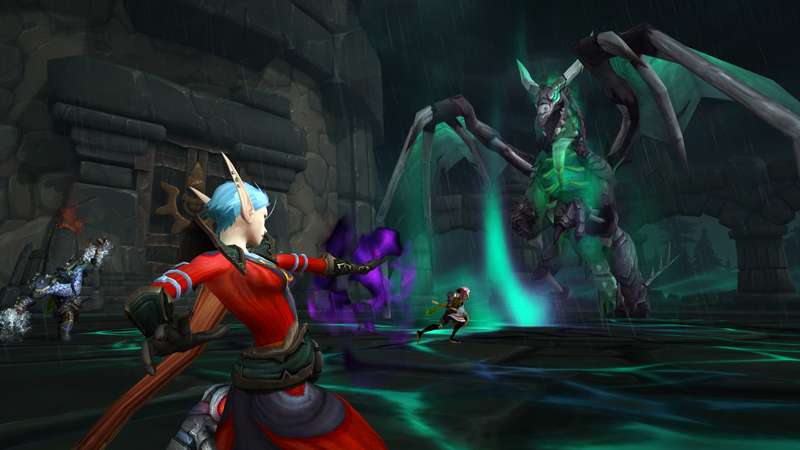 Shadowlands has received a lot of fan feedback, especially with things like PvP scaling, which ended up being easily abused. Can you talk about what it’s like when something you thought would help the community ends up being unpopular?

Morgan Day: We always try to clearly communicate what our goals are with the community so that we can make sure that we're aligned with them on a new feature or change that we're making. And then we can continue to iterate on those changes until we hit the mark with them. Warcraft has been around for a long time. We've learned a lot over the years. One of the amazing things we can do is just make changes with updates to address feedback, or even potentially add a whole new feature or system to resolve some of the problems that our player base might have identified.

New players who want to start out in World of Warcraft now get to experience a new beginning zone in Exile’s Reach. How did the development team go about designing an all-new starting experience for players like this, so they can understand World of Warcraft and its mechanics in a short amount of time?

Morgan Day: With the Shadowlands, we really wanted to create an experience that would immediately immerse the player into what the World of Warcraft was about, and the stories you would be engaging with in its different expansions. We really took a look at some of our roots in terms of what resonated with our player base, and what made a really memorable story in World of Warcraft. We also just took a look at what kind of creatures you would expect to fight as a new player in World of Warcraft. In the Shadowlands, you’re dealing with existential threats in the afterlife, and what sort of creatures would reside there. With this, we revisited some core favourites like ogres and murlocs, which was exciting.

We also put a tremendous amount of time into designing things for people who might have never even played a PC game before. We wanted to make you feel like you were invested in your class, too. There are class quests, which dig into a character’s identity and what they can do at a low level. We created a dungeon experience with a Looking for Dungeon tool for a multiplayer experience, but also included NPC characters that could step in in lieu of other players.