Heralding the Era of Upgradeable AIOs?

In theory, AIOs (All-In-One) are fantastic computing devices. Much like an Apple iMac, they house all the necessary components in a sleek (usually) form factor that’s pleasing on the eye. However, one shortcoming of AIOs have been upgradeability.

Fortunately, that might just be about to change as Intel are interested in developing the idea of upgradeable AIO PCs.

The problem with upgrading AIO PCs in the past has got to do with non-standardized components. To rectify this, Intel is proposing what they call the Pluggable Module Architecture (PMA). The PMA will house essential components such as the processor, chipset and memory and when an upgrade is available, users can supply swap out the PMA for a newer, more powerful one.

This is however not the first attempt for vendors to try their hand at upgradeable AIO systems. Back in 2009's CeBIT's exhibition in Hannover (Germany), we've already seen attempts made by Chieftec and Enlight to approach this concept, thought they were hardly anywhere near the sleek systems we've showcased below. As odd as it may seem now, these early attempts really consisted of a monitor sandwiched with a traditional mATX based chassis where the latter portion was upgradeable just like any normal DIY system. But enough of history - we showcase the modern day attempts from ECS and Wibtek:-

One manufacturer offering such upgradeable AIOs is ECS. Taking on Intel's guidance to bring this about easy upgradability, the ECS G24 Aura's secret lies in its specially-designed thin mini-ITX board. It has a touch-enabled 1080p 23.6-inch LED display and can support the latest Ivy Bridge processors of up to 77W TDP. Elsewhere, it can accommodate either one 3.5-inch hard drive or two smaller 2.5-inch ones. 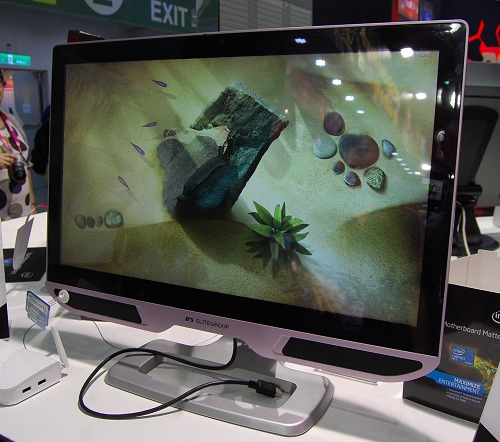 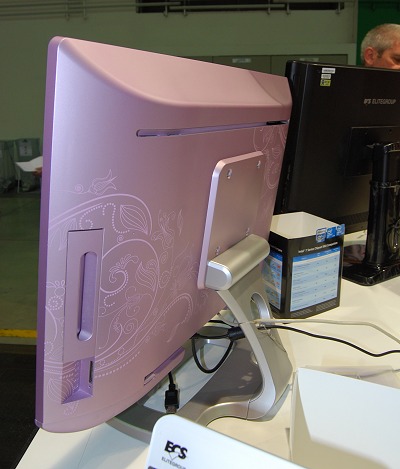 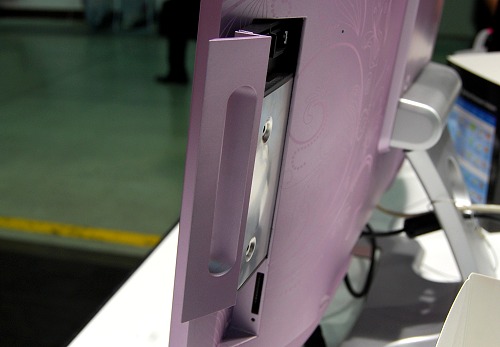 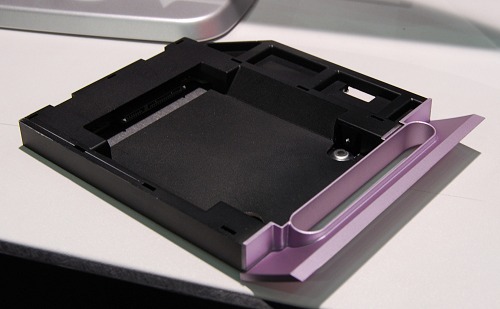 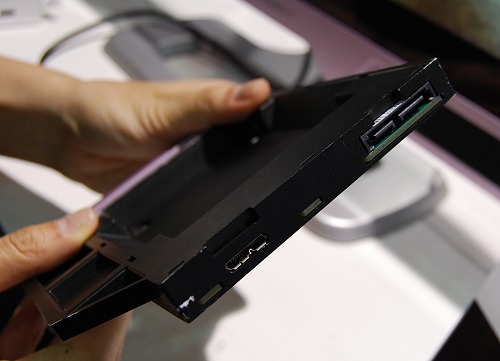 ECS also shared with us of their multi-design strategy to work along with various PMA modules depending the customer specs and requirements. In all, ECS had about four varieties of these AIO designs to choose from where only minor aesthetics differ, but most of the build and design remain similar to facilitate PMA modules to be easily interchanged across them. 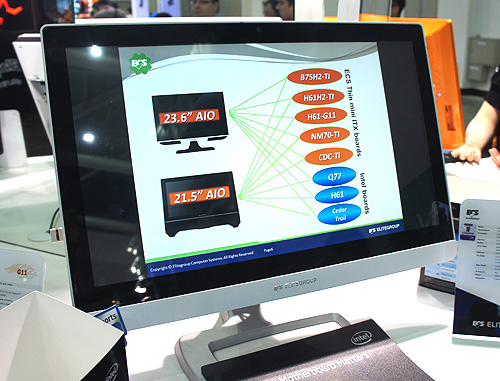 Another upgradeable AIO ECS is showing off at Computex is the G11. Much like the bigger G24 models, the G11 has a 21.5-inch full-HD multitouch LED screen and can support the latest Ivy Bridge processors of up to 65W TDP. However, because of the smaller form factor, it can only accommodate a single 3.5-inch hard drive. 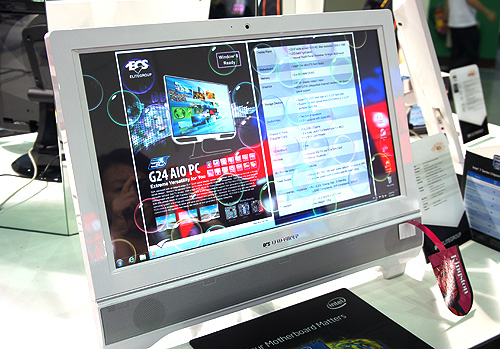 In fact, ECS has yet another usage for the PMA with the another system frame that gives it a look and feel of a digital signage or an interactive panel. Seen here is the G24's variant:- 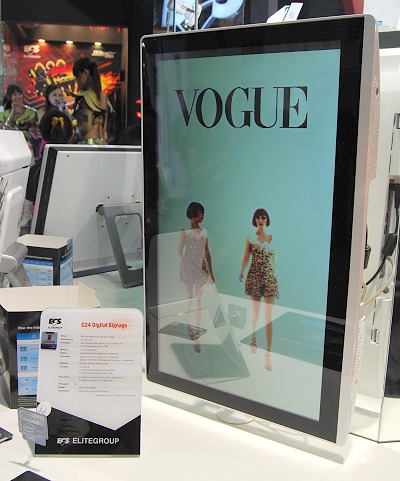 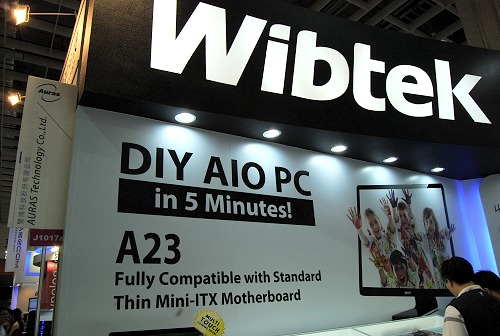 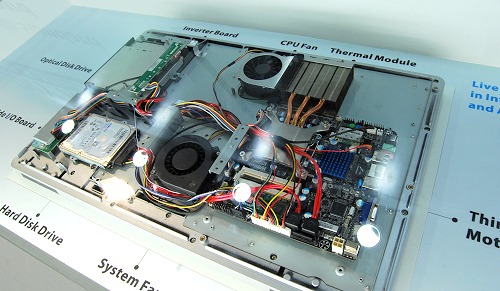