With 26% of the votes, ASUS is once again our readers’ favourite gaming monitor brand. If you need a gaming display as big your living room TV, ASUS has the ROG Swift PG65UQ to sell you. This 64.5-inch Big Format Gaming Display sports a 4K quantum dot-enhanced panel, a native 120Hz refresh rate, NVIDIA G-Sync compatibility and up to 1,000 nits high brightness. Late last year, we were also treated to a trio of fast 1ms gaming monitors from ASUS: the TUF Gaming VG279QM and VG259QM and the ROG Strix XG279Q. ASUS didn’t forget about FreeSync, of course, as September also saw the arrival of several ROG Strix XG monitors that support AMD’s FreeSync 2 tech. But the best is yet to come: at CES 2020, ASUS has announced the G-Sync-capable ROG Swift 360Hz, which sports a 360Hz refresh rate. There’s also the ROG Swift PG32UQX, a 32-inch G-Sync Ultimate 4K monitor with a 144Hz refresh rate and 1,400 nits peak brightness. 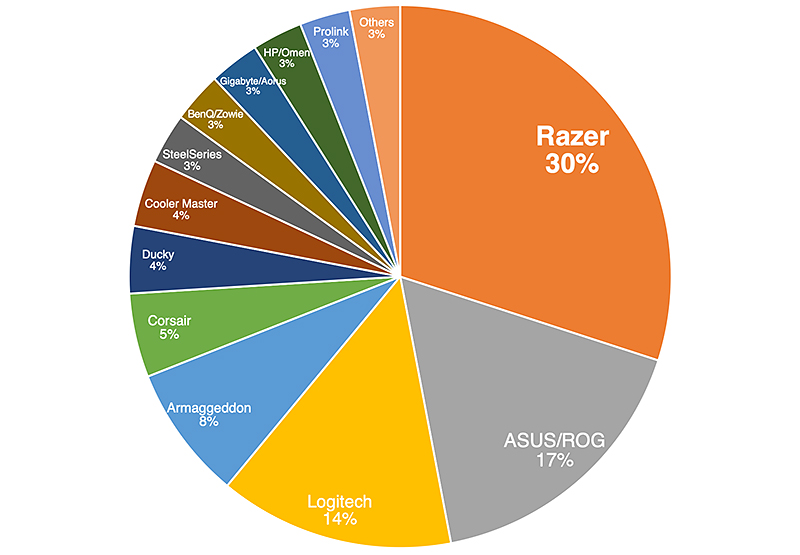 With 30% of the votes this year, Razer is again the winner of our Readers’ Choice award for Best Gaming Keyboard Brand. The best keyboard Razer has launched last year (and possibly the best it has ever created) is the Huntsman Tournament Edition. Designed with a focus on esports, the tenkeyless Huntsman TE uses Razer’s Linear Optical Switch (and doubleshot PBT keycaps), has a low actuation point of just 1mm, supports USB-C and stores up to five profiles on its onboard memory. For fans of Razer’s Tartarus family, the Tartarus Pro keypad also arrived last year. Featuring pressure-sensitive optical switches, the Tartarus Pro has a total of 32 programmable keys and an 8-way directional thumb pad. Need a keyboard for work? Then you need to give the BlackWidow Lite a try. 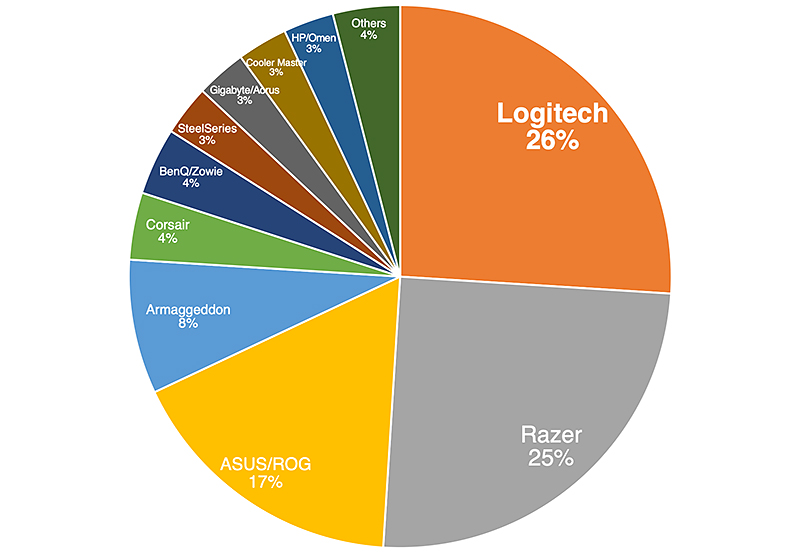 With 26% of the votes, our readers have chosen Logitech G as their favourite gaming mouse maker. In 2019, Logitech G announced the G604 Lightspeed, a wireless, right-handed gaming mouse with no fewer than six thumb buttons. In total, the mouse has 15 programmable controls, so MOBA and MMO players will be able to have quick access to multiple custom key bindings. The G604 Lightspeed also uses Logitech’s Hero 16,000DPI sensor, which should provide gamers with flawless tracking. Despite being a wireless mouse, Logitech is claiming a long battery life: up to 240 hours on a single battery or up to 5.5 months on Bluetooth. Razer, which just launched the DeathAdder V2, is just behind with 25% of the votes. 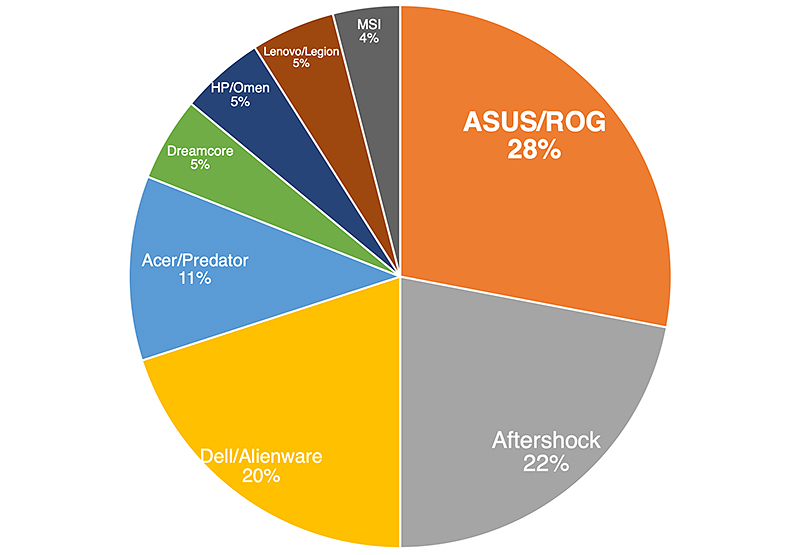 With 28% of the votes, ASUS is the winner of our Readers’ Choice award for Best Gaming Desktop PC Brand. If you already have the ROG Strix GL12, it’s unlikely that you’d be looking to get an upgrade anytime soon; but if you’re shopping for a new gaming PC, be aware that ASUS has at CES announced the ROG Strix GA35 that packs a 16-core Ryzen 9 3950X CPU. Equipped with plenty of I/O ports, the new GA35 can also be configured with an NVIDIA GeForce RTX 2080 Ti graphics card. If your gaming needs aren’t so extreme, the GA15 is another option: this rig comes with an AMD Ryzen 7 3800X processor and GeForce RTX 2070 Super graphics. And finally, ASUS has confirmed that there will be GT versions of these desktops, which essentially swap the AMD chips for Intel chips. 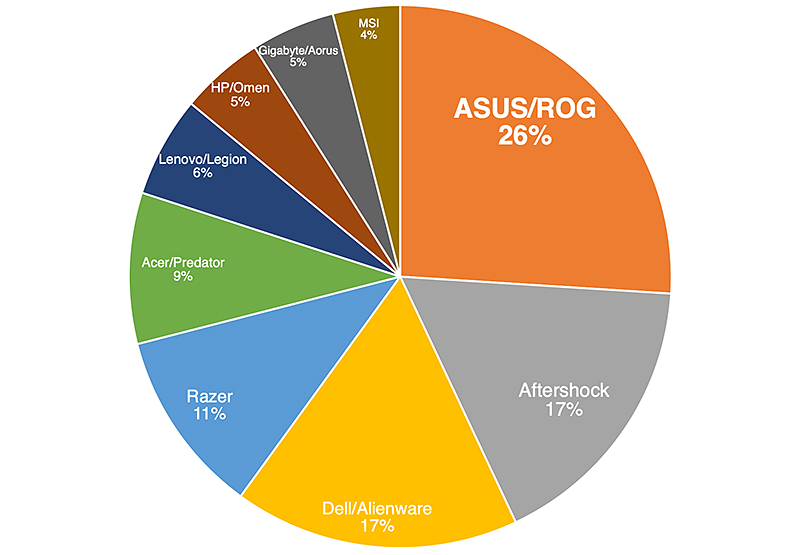 With 26% of the votes, ASUS is once again the winner of our Readers’ Choice award for Best Gaming Notebook Brand. For many years now, ASUS has been very quick to update its notebook lineups when new CPUs or graphics chips arrived, and 2019 was no exception. In April last year, we were treated to no fewer than eight refreshed models that spanned a range of form factors and screen sizes. Fast forward less than a year and newer, updated versions are almost upon us. For instance, at this past CES, we were shown the ROG Zephyrus G15 and G14, the former a 15.6-inch notebook using AMD’s new eight-core Ryzen 7 4900HS processor, a blazing fast 240Hz display and USB-C charing; and the latter a 14-incher that packs the Ryzen 4000 chip and NVIDIA’s GeForce RTX 2060 Max-Q. For the mainstream segment, there are also new TUG Gaming notebooks inbound: the A15 and A17 come with AMD’s Ryzen 4000 mobile chips (you can choose to stick a Ryzen 9 chip in there if you want) and NVIDIA’s GeForce RTX 2060 graphics. Unlike the Zephyrus models, these TUF Gaming notebooks are expected to also come in configs that use Intel’s 10th Gen 'Comet Lake' chips. 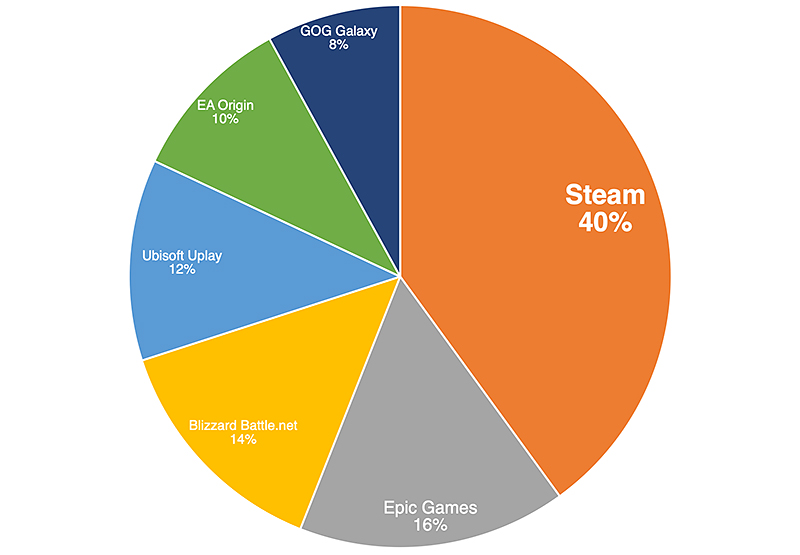 With 40% of the votes, Steam is our readers’ favourite platform to get their video games from. Developed by Valve (by the way, where’s my Half-Life 3?), the service has now over 34,000 games (according to Wikipedia) and over 95 million monthly active users. One of the key highlights for Steam in 2019 is the launch of Remote Play, a feature that lets users stream games across devices. Then there’s Remote Play Together, which lets you play local co-op games over the internet. And in case you missed it, here’s a list of the best-selling games on Steam in 2019. 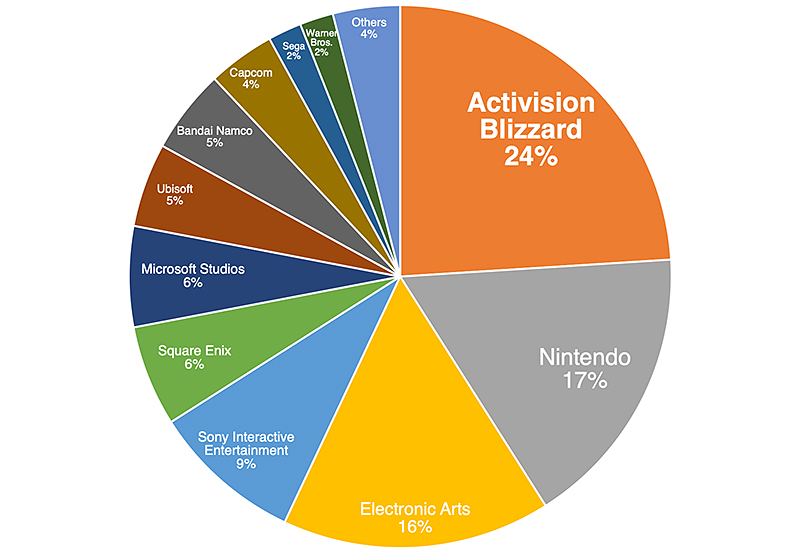 With 24% of the votes, Activision Blizzard has once again defeated over 15 other publishers to snag this Readers’ Choice award for Best Gaming Publisher. For the uninitiated, the American video company is responsible for several massively popular games such as Warcraft, Diablo, Call of Duty, Hearthstone, Candy Crush Saga and more recently, Overwatch. Nintendo, which brought us Pokémon Sword and Shield, Luigi’s Mansion 3, Super Mario Maker 2, The Legend of Zelda: Link’s Awakening and Fire Emblem: Three Houses (just to name a few) in 2019 is in second place with 17% of the votes.