Recognising the absolute best in Tech 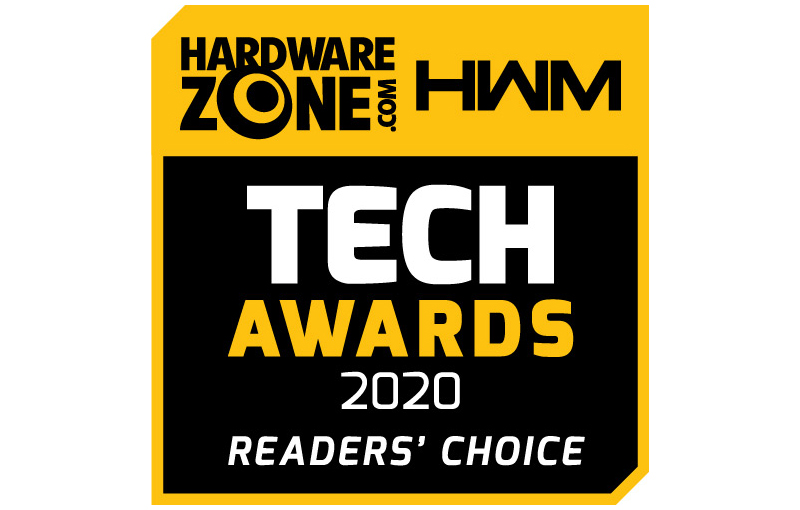 Time flies: this year marks the 11th edition of the annual HWM+HardwareZone.com Tech Awards, Singapore tech industry’s premier event where we recognize the best brands, products and services. While the event was scheduled to be held on February 21st 2020, due to the Coronavirus disease (COVID-19) outbreak, we've chosen not to host a physical event to ensure the safety and wellbeing of all our working partners and staff.

Still, the commendations must go on and we've all the results to share on our platform.

This year, we're recognizing tech brands, products and services across 19 Editor’s Choice and 40 Readers’ Choice award segments in categories ranging from computers and consumer electronics to digital entertainment, gaming, communications, and services. You can find out all about the best gadgets to get from our set of four Editor's Choice articles: Best of Home, Best of Mobile, Best devices for Work and Best of Gaming.

Voting for the 40 Readers’ Choice categories was opened to all readers of HWM, HardwareZone.com, and GameAxis.com. With a total of 245 brand nominations, it remains one of the most comprehensive brand recognition surveys in the industry.

Without further ado, let us first take a look at the detailed results of our Readers’ Choice polls. 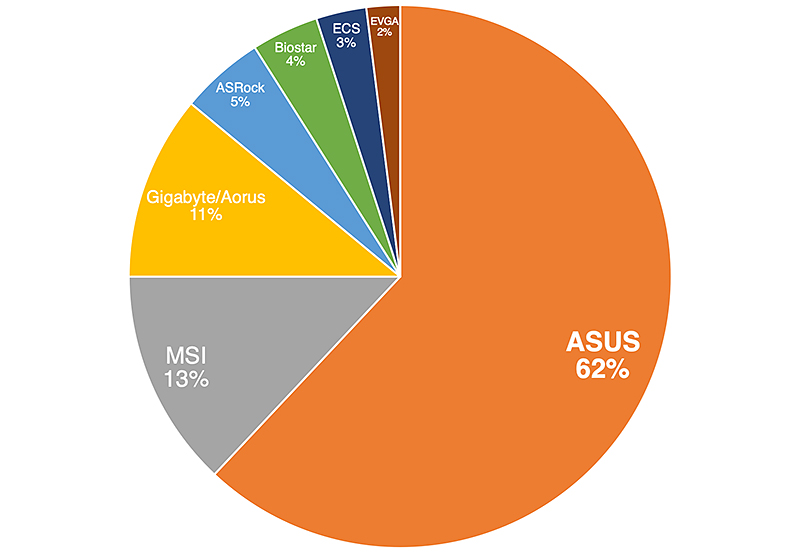 ASUS Prime, ROG (Republic of Gamers), TUF (The Ultimate Force) and TUF Gaming, Commercial, Workstation — whether you’re a gamer, an Intel fan, an AMD supporter, or a business user looking for a micro-ATX motherboard, surely there’s one in ASUS’ comprehensive stable that will fit your needs. 2019 continued to be a great year for ASUS users, as the Taiwanese company once again released a slew of high-performance boards such as the ROG Crosshair VIII Formula (for AMD X570), ROG Crosshair VIII Impact and ROG Strix X570-I Gaming (for small form factor PCs using the Ryzen 3000). And let’s not forget the various Intel Z390 and Z370 motherboards that ASUS has unleashed in the last couple of years. With a commanding 62% share of the votes, ASUS is once again the winner of this Readers’ Choice category. 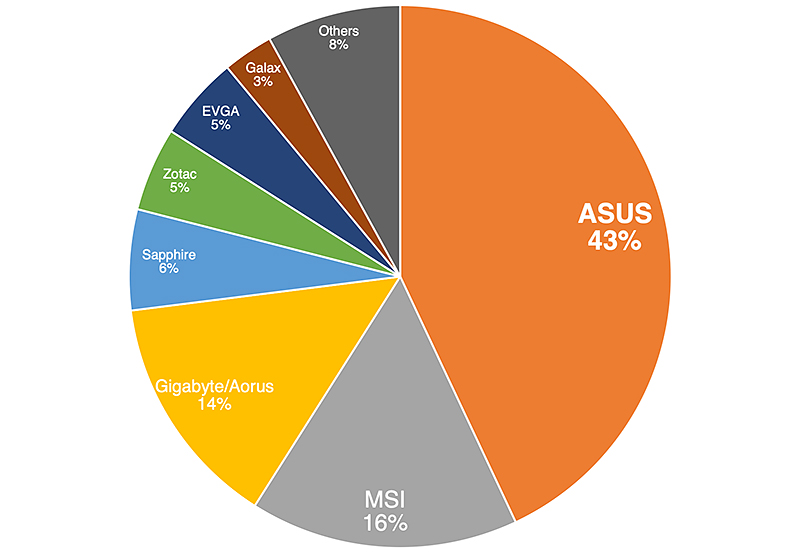 With 43% of the votes, do you know that this is the 11th year ASUS is walking home with our Readers’ Choice award for Best Graphics Card Brand? Like its motherboards, we think ASUS’ popularity boils down to its longstanding ability to churn out a wide range of graphics cards for both NVIDIA and AMD users. And mind you, these aren’t just duplicates of reference cards, but cards with exclusive ASUS technologies, such as DIGI+ VRM, Super Alloy Power, DirectCU cooling tech for better overclocking as well as Aura Sync RGB LED synchronization. For discerning gamers, ASUS also has a highly regarded ROG line, which is known for its supreme gaming performance and reliability. As expected, 2019 saw plenty of custom cards from ASUS; I mean, just look at this ROG Strix GeForce RTX 2080 Ti Gaming OC powerhouse, these ROG Strix and Dual GeForce RTX 2060 and 2070 Super cards and these ROG Strix and Dual GeForce GTX 1650 custom cards. Of course, there’s also no shortage of cards based on the Radeon RX 5700 and 5700 XT, RX 5600 XT and RX 5500 XT. 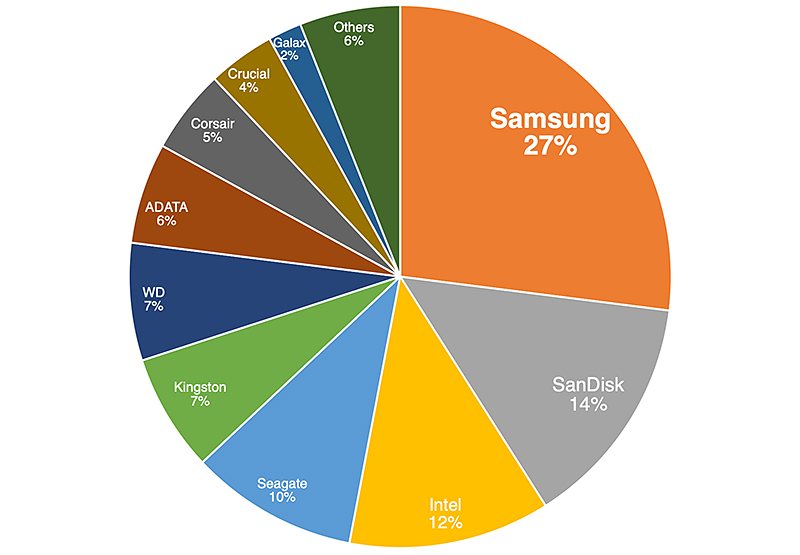 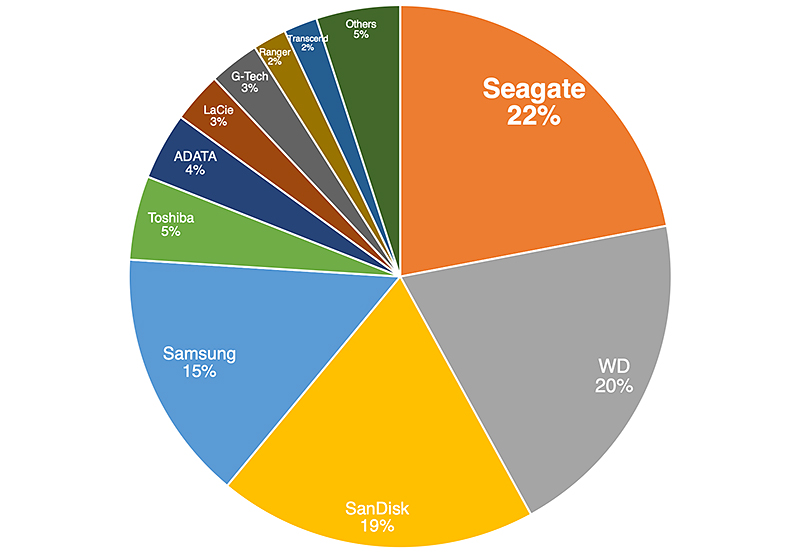 With 22% of the votes, the winner of this year’s Readers’ Choice award for Best External Storage Brand goes to Seagate, which also won the award last year. If you need a portable SSD that’s fast, fits in your palm and supports USB-C, the Seagate Fast SSD (really, that’s the name) is worth checking out. Of course, if tons of storage is your priority, external drives using traditional HDDs like Seagate’s Backup Plus products still offer the best bang for the buck. In second and third place this year is WD (20%) and SanDisk (19%), which are hot on the heels of Seagate's pole position. 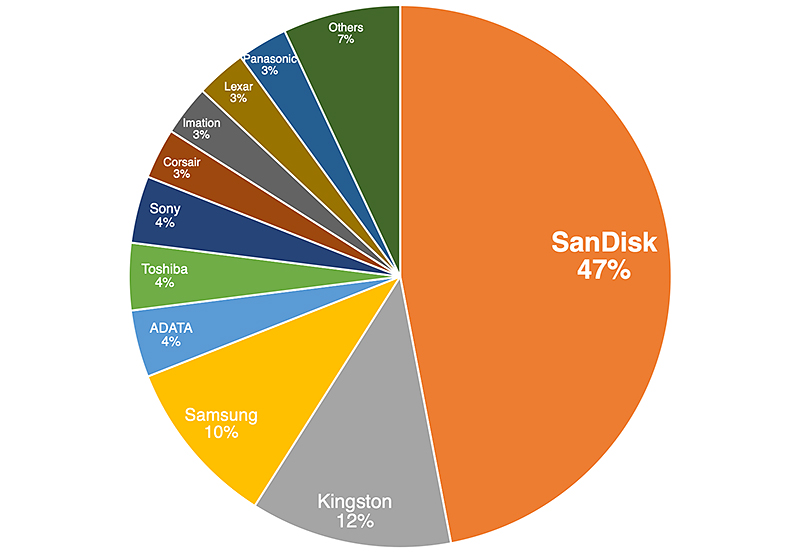 With 47% of the votes, SanDisk is once again the winner of our Readers’ Choice award for Best Removable Flash Storage Brand. For the uninitiated, SanDisk is now owned by Western Digital, but the company has continued to release products under the SanDisk brand. Which makes an awful lot of sense because, really, who hasn’t heard of SanDisk SD cards or USB flash drives? For what it’s worth, Western Digital in early 2019 launched a 1TB SanDisk Extreme UHS-I microSD card, which offers a very speedy 160MB/s read speed and 90MB/s write speed. And at IFA in September, it announced its fastest ever memory card, the SanDisk Extreme Pro CFexpress Card Type B. Other new products include the 1TB SanDisk Extreme Pro SD UHS-I card (which SanDisk claims is the world’s fastest 1TB UHS-I SD card) and a new iXpand Flash Drive Go.