AMD Radeon R9 Nano vs. NVIDIA GeForce GTX 970: Which is better for your mini-ITX system?

Which is the better card for a mini-ITX system?

Which card for your next small form factor system? 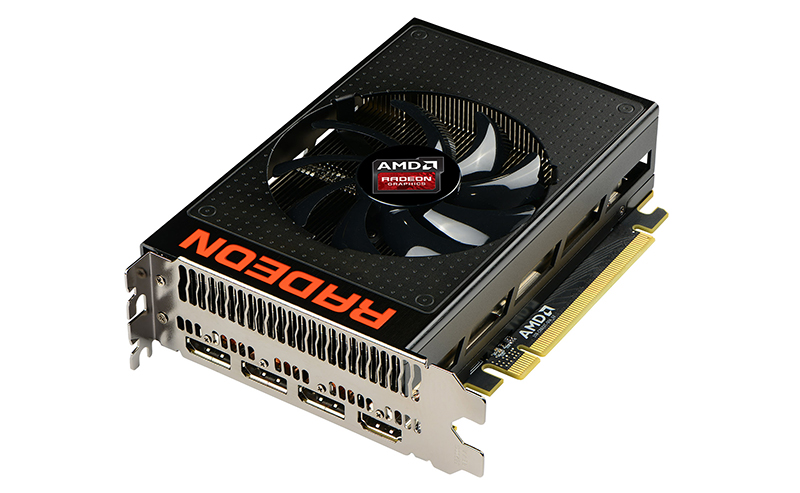 We’re now at that point of limbo in the graphics product cycle where consumers are already looking ahead to the next generation of cards from both red and green camps. There’s a lot to be excited about for the upcoming batch of GPUs, and the news pipeline has been abuzz with talk about second-generation High Bandwidth Memory (HBM2), GDDR5X memory, and the promise of even lower power consumption. Of course, this also means that we have more questions than answers, given that concrete details are still few and far between.

So instead of just sitting around twiddling our thumbs and looking up at the sky for Polaris, we’d like to turn our attention to the current slate of cards. The AMD Radeon R9 Nano was first released in late August, about two months after it was teased at AMD’s E3 launch event.

The compact card stood out for a lot of reasons, not least because it promised a fully-enabled Fiji GPU in a card that measured just six inches long. In comparison, the far larger Radeon R9 Fury featured a cutdown Fiji chip with 12.5% fewer stream processors and texture units.

Furthermore, this is a time when small and compact form factors are becoming increasingly attractive. From diminutive powerhouses like the MSI Vortex to innovative ways to combine mobility and performance with external graphics enclosures and technologies, companies appear to be tapping into a very real demand for space-efficient products that pack a punch.

If you’re looking to build a powerful mini-ITX system, you’d definitely have considered the Radeon R9 Nano. After all, it is so compact that it will fit onto a mini-ITX motherboard with absolutely zero overhang. 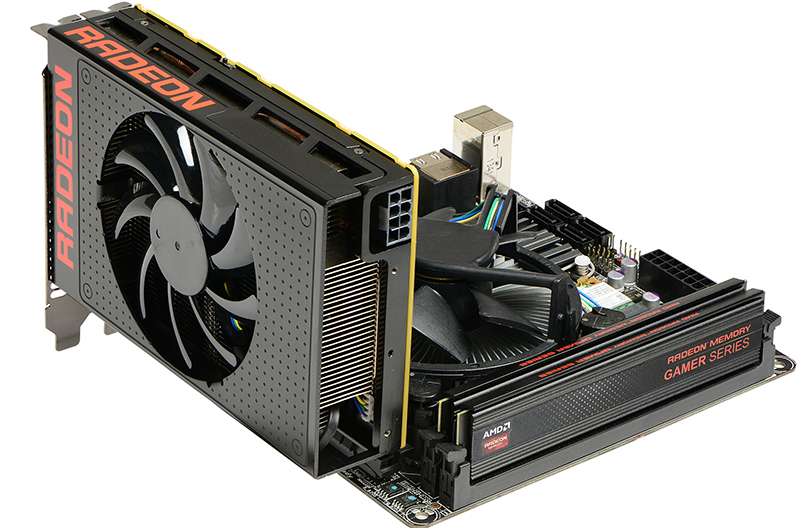 At US$499 (after a US$150 price drop in January), the Nano isn’t cheap, but that’s the price you pay for its sleek design. Its price – close to a thousand dollars in local stores – would also appear to set it up to go head-to-head with the NVIDIA GeForce GTX 980, which currently retails for around the same, but we’re actually more interested in how it compares with a card one rung below, the GeForce GTX 970.

That’s because we consider the US$299 GeForce GTX 970 more likely to end up in a small form factor system than its bigger brother. While there are definitely mini-ITX cases with room for the GeForce GTX 980, the 970’s smaller footprint is less restrictive and gives you a wider range of chassis options. It is also a powerful card in its own right, and NVIDIA’s add-in card partners have even released custom-designed mini-ITX versions of it, like the ASUS GeForce GTX 970 DirectCU Mini.

Before we proceed, here's a snapshot of the reference specifications of the Radeon R9 Nano and GeForce GTX 970: 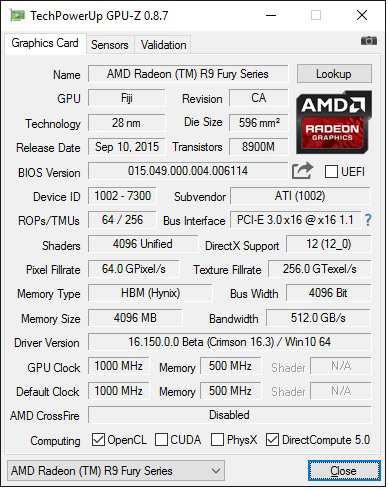 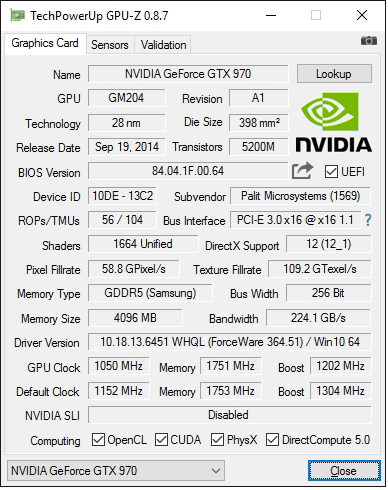