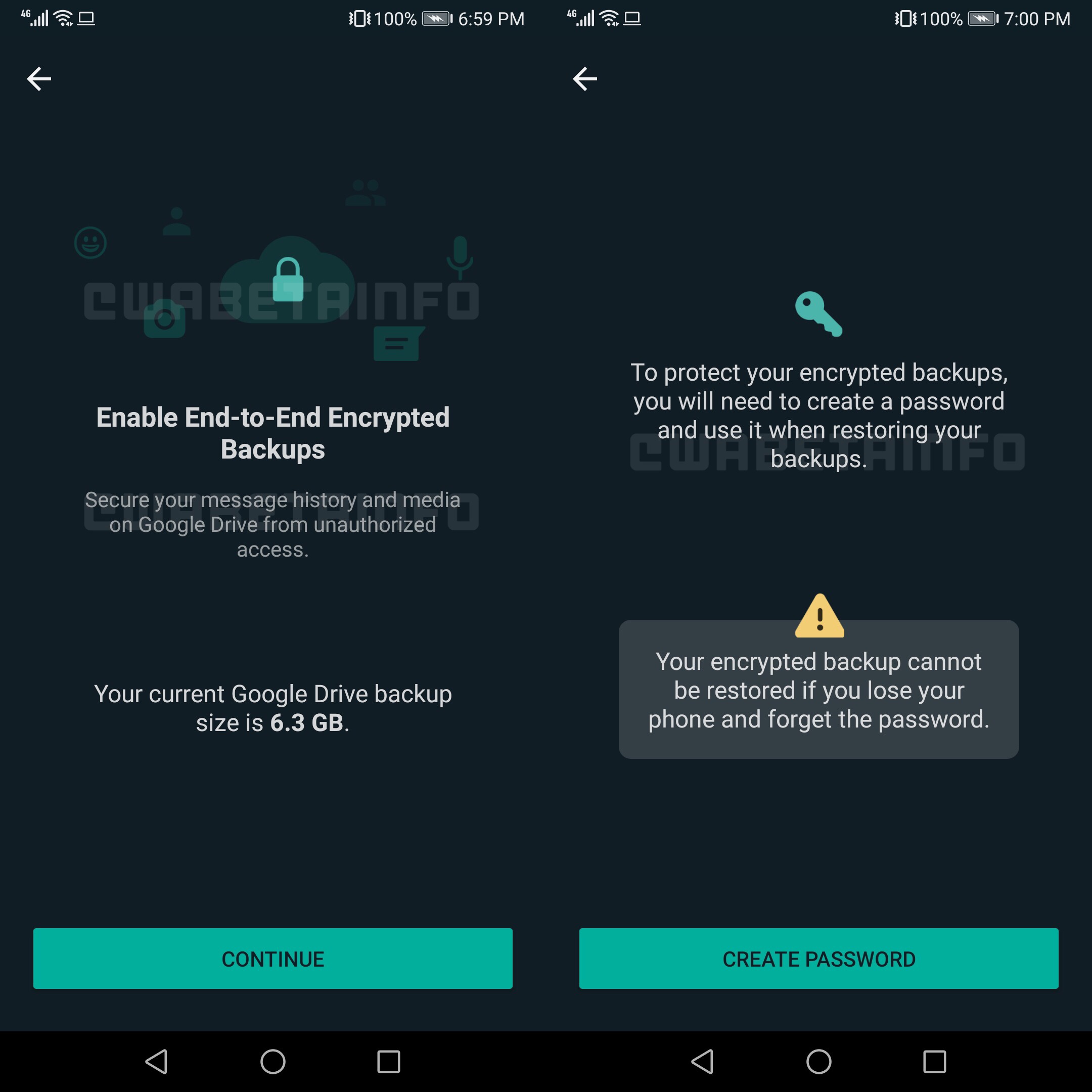 Months after WhatsApp is reportedly working on encryption for cloud backups, the company has enabled the feature for beta users in the latest Android 2.21.15.

The end-to-end encrypted backup to Google Drive covers the chat history and media. Once Android users enable the feature, they are required to create a password to encrypt future backups or restore a backup.

Alternatively, Android users can use a generated 64-bit Encryption Key to restore the backup. A major drawback of this option is that WhatsApp will not be able to recover the backup if the user loses the encryption key.

WhatsApp is also working on a number of exciting new features which include multi-device support, Disappearing Mode, View Once, the ability to migrate chat history to another phone number, and chat history migration between iOS and Android.

Join HWZ's Telegram channel here and catch all the latest tech news!
Our articles may contain affiliate links. If you buy through these links, we may earn a small commission.
Previous Story
Netflix could be working with Sony for its gaming service
Next Story
Mophie announces a 3-in-1 stand for MagSafe charger