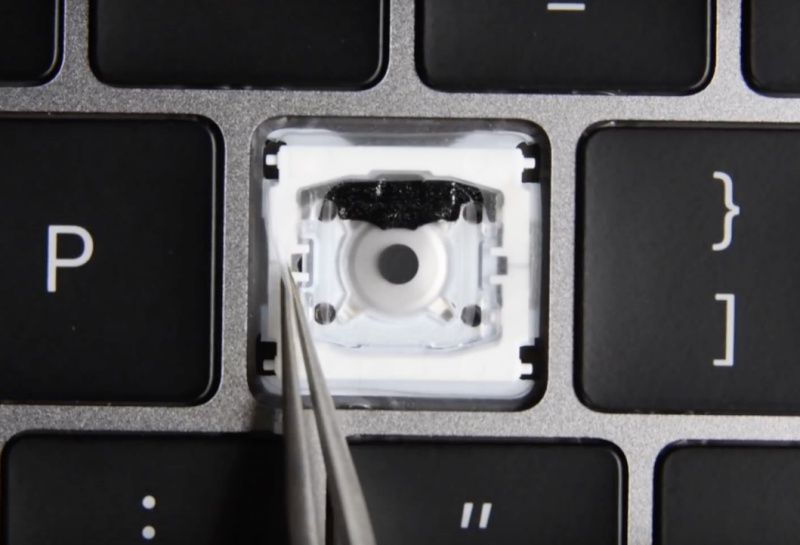 When Apple announced the new MacBook Pros a few days ago, it revealed to several publications that the third-generation butterfly keyboard is not designed to solve the reliability issues that plagued previous models. However, iFixit's teardown of the keyboard suggests otherwise.

According to iFixit's teardown which is still underway, the quieter keyboard which Apple touts as an improvement is actually a silent move to fix the reliability issues. Apparently, Apple has "coooned" the butterfly switches in a thin, silicone membrane. iFixit believes it is "an ingress-proofing measure" to protect against dust. To support its claims, iFixit highlighted that Apple has a patent for the same exact design which is designed to "prevent and/or alleviate contaminant ingress".

iFixit added that the ongoing class-action lawsuits against Apple over the faulty MacBook keyboards could be the main reason why the company decided not to shout out about the "fix".

Join HWZ's Telegram channel here and catch all the latest tech news!
Our articles may contain affiliate links. If you buy through these links, we may earn a small commission.
Previous Story
A fully decked out 15-inch MacBook Pro (2018) costs nearly S$11,000!
Next Story
Adobe Photoshop app for iPad may be coming soon