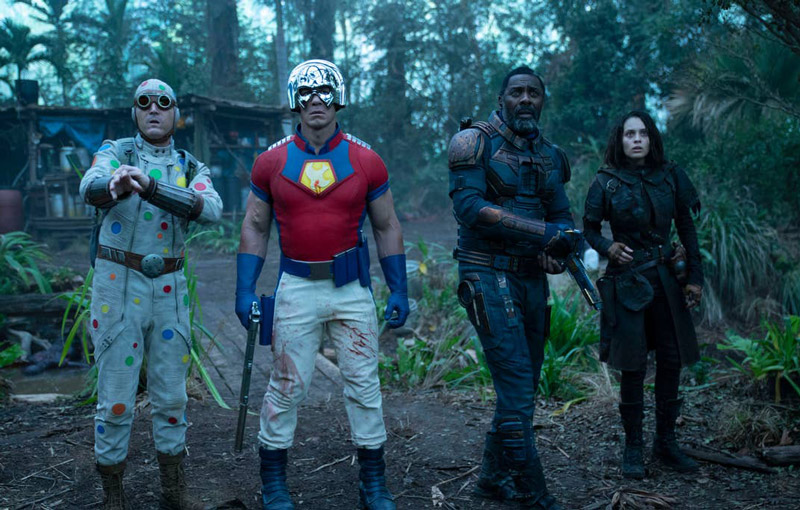 Warner Bros. Pictures have released the first trailer for James Gunn’s The Suicide Squad, a movie that has a misfit group of villains team up against a much larger threat - literally. The Guardians of the Galaxy director wrote and directed this project, before working on a HBO Max spin-off series starring one of the Squad's members: Peacemaker.

Watch the bloody trailer below:

Although the premise is very similar to 2016’s Suicide Squad movie, this is essentially a soft-reboot of the DC Comics property. Only Rick Flag (Joel Kinnaman), Harley Quinn (Margot Robbie) and Captain Boomerang (Jai Courtney) return, once again roped into a squad of C-list villains who have to complete impossible missions together. If they don’t, Amanda Waller (Viola Davis) blows up a bomb injected into the base of their skulls. This time, the Suicide Squad’s lineup looks a lot different.

Michael Rooker, Alice Braga, Daniela Melchior, Pete Davison, Nathan Filion and more also join the cast as various other villains in the Suicide Squad - though one can expect the cast to shrink considerably once these characters start dying all over the place. It’s the Suicide Squad way. Just like James Gunn’s other superhero movies, the trailer’s full of humour and heart - so don’t expect something so serious as the Snyder Cut.

The new trailer also reveals The Suicide Squad’s big bad: Starro! This giant, one-eyed starfish kaiju is a Justice League-level villain in the comics, with the ability to brainwash and mind control others with smaller versions of itself. The Suicide Squad will hit theaters and HBO Max on 6 August, 2021.

Join HWZ's Telegram channel here and catch all the latest tech news!
Our articles may contain affiliate links. If you buy through these links, we may earn a small commission.
Previous Story
The Ever Green ship that's stuck on the Suez has been modded into Microsoft Flight Simulator and it's hilarious
Next Story
ASUS' wacky RT-AX89X Wi-Fi 6 router with 8 antennae is available now for S$719