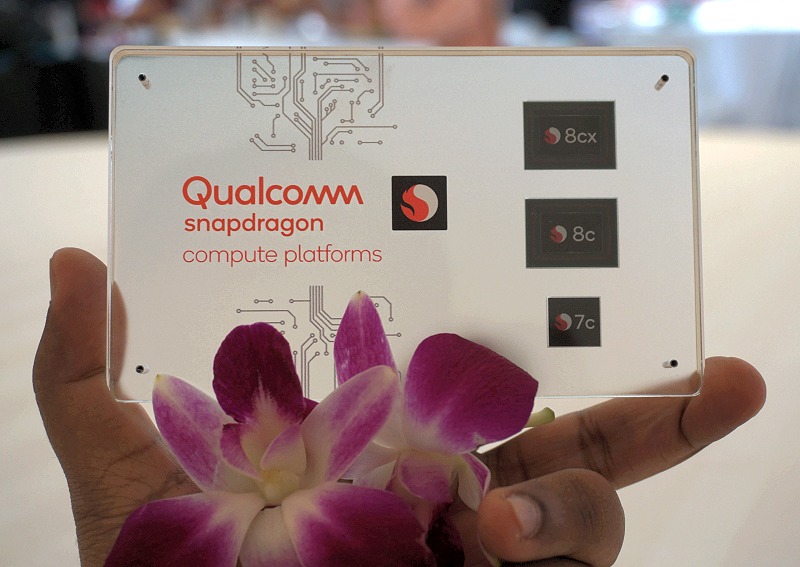 Exactly a year back, Qualcomm challenged AMD and Intel’s dominance in the notebook segment with their most powerful processor ever developed - the Snapdragon 8cx Compute Platform. Since then, Qualcomm chalked up some successful design wins, most notably a speedier custom version of the Snapdragon 8cx that ended up as the Microsoft SQ1 powering Microsoft’s modern Surface Pro X. Now, Qualcomm outs more compute platform options to ensure there is a Snapdragon for everyone at more price points. 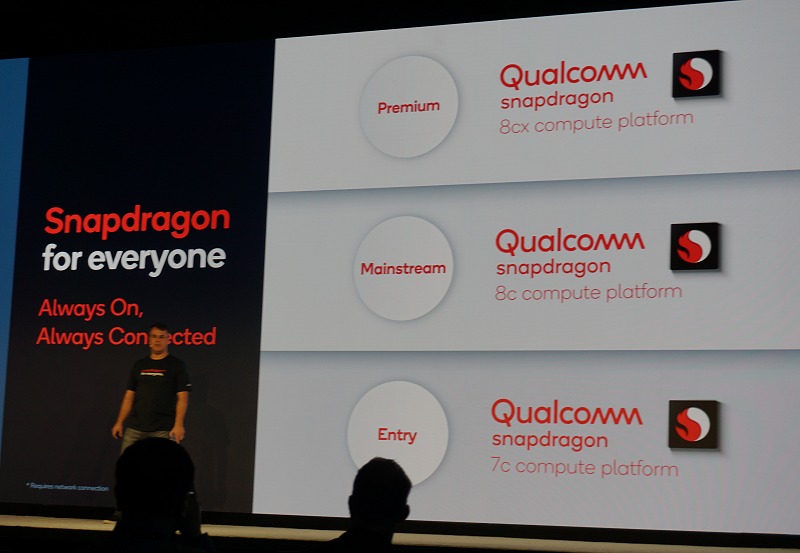 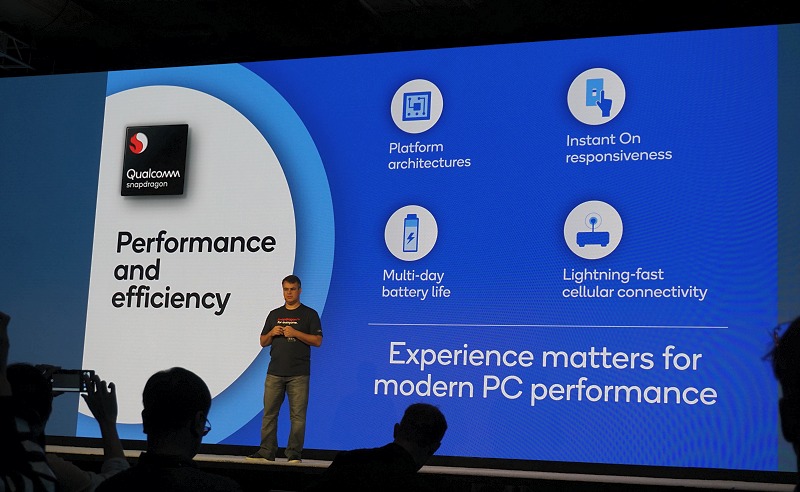 The goal of the newer options? To rejuvenate the US$500 notebook market with more modern capabilities and experiences and to never settle for mediocre. 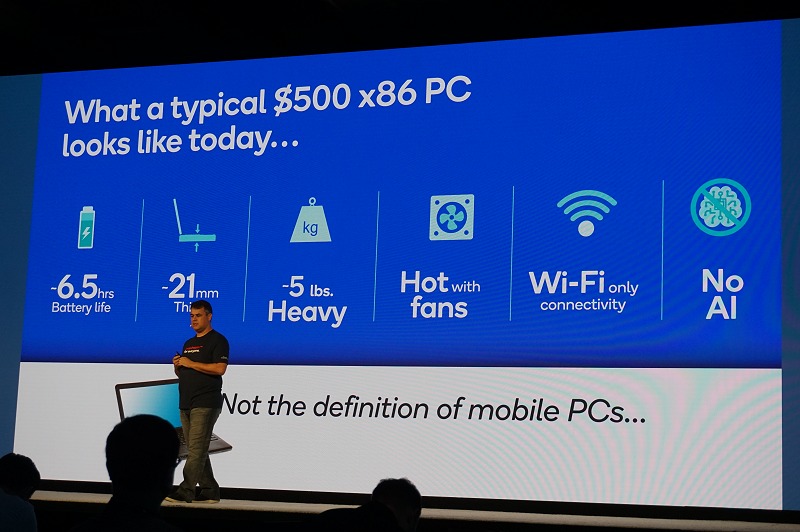 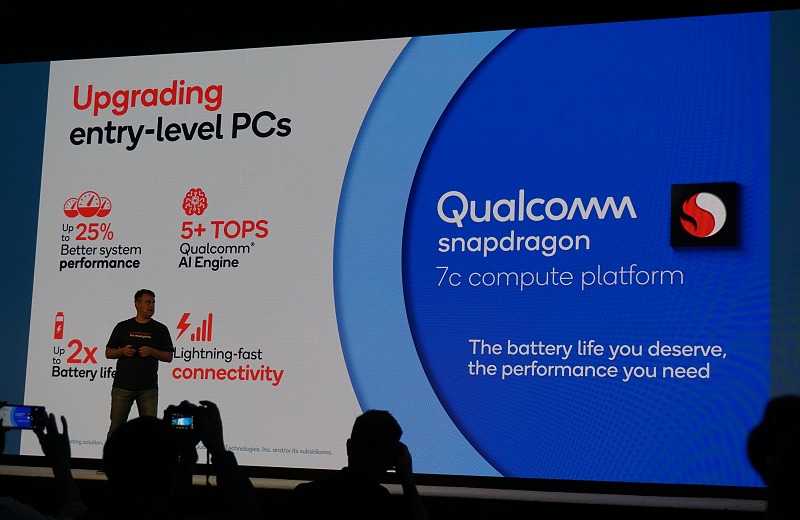 The Snapdragon 7c Compute Platform is the new entry-level computing option from Qualcomm, but considering its over 5 trillion operations per second (TOPS) AI performance, it is redefining what entry-level is. So while the 8cx flagship goes up against an Intel Core i5 processor class systems, how powerful is the Snapdragon 7c? Qualcomm says that it’s supposed to bring a 25% performance uplift over similarly priced notebooks, which sounds quite compelling.

Not to forget, up to twice the battery life of competing platforms plus lightning-fast connectivity via the Snapdragon X15 LTE modem. Underneath the hood, you’ll find an Octa-core Qualcomm Kryo 468 CPU and Qualcomm Adreno 618 GPU are designed to deliver responsive performance with incredible battery life in the entry-tier. Over in the storage department, the Snapdragon 7c will only support UFS storage, and dual-channel memory.

Now, these subsystem model numbers on their own don’t mean much, but cross-referencing against an existing mobile processor in their stack, the Snapdragon 7c matches up with the mid-high-tier Snapdragon 730 mobile platform featuring the same GPU, modem and a fairly similar CPU model too. Meanwhile, what we do know is that the Kyro 468 CPU configuration is dual ARM Cortex A76 performance cores six ARM Cortex-A55 efficiency cores. While Qualcomm didn’t explicitly mention the process node used to manufacture the Snapdragon 7c (unlike the other models), we’ve reason to believe that it could be using an 8nm process node just like the Snapdragon 730.

At this tier, Qualcomm doesn’t expect any OEM would pair it with 5G connectivity options, and thus there is no support for it. A speedy Snapdragon X15 LTE modem should suffice for most needs.

Further to that, Qualcomm is also offering a modular platform option with the Snapdragon 7c System-in-Package for vendors who want to fast track their notebook designs to the market with pre-validated components and lower development costs (just like the modular options for the Snapdragon 865 and 765 mobile platforms). 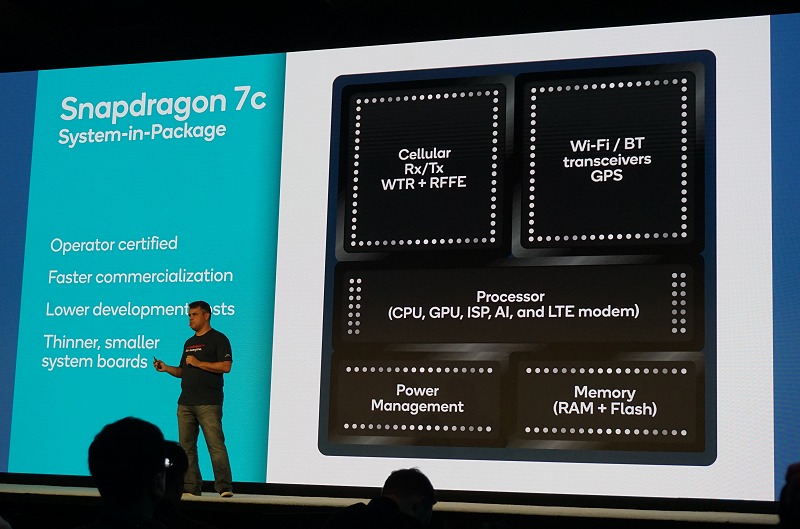 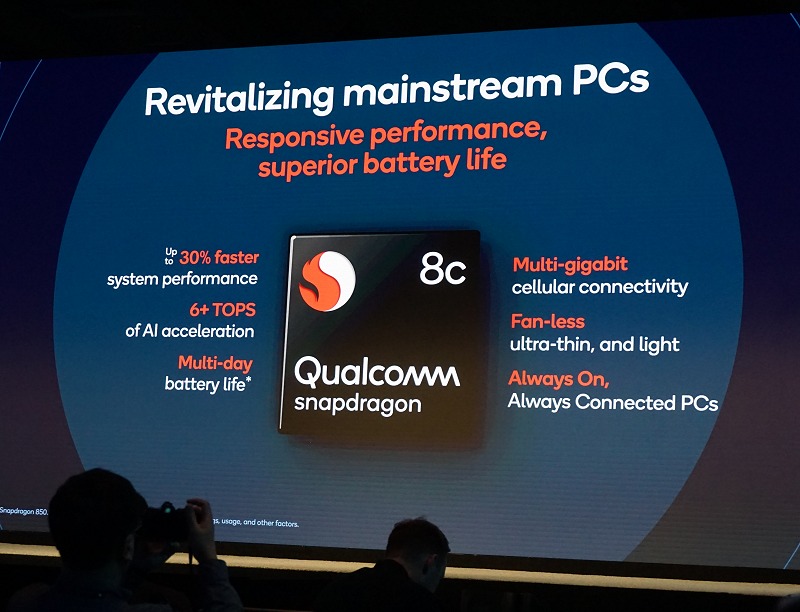 Moving up a notch, the Snapdragon 8c Compute Platform shares a lot more in common with the bigger Snapdragon 8cx, such as their 7nm manufacturing process, pro-notebook level features like faster and wider memory bandwidth (quad-channel), high-speed storage in the form of NVME SSD and UFS 3.0, and Qualcomm’s X24 LTE modem for gigabit-class downlinks up to 2Gbps to deliver a thin, light, powerful and always-connected PC. But the similarities don’t stop there; here’s a table that captures all the key differences between Snapdragon 7c, 8c and 8cx:-

An enterprise edition of the Snapdragon 8cx 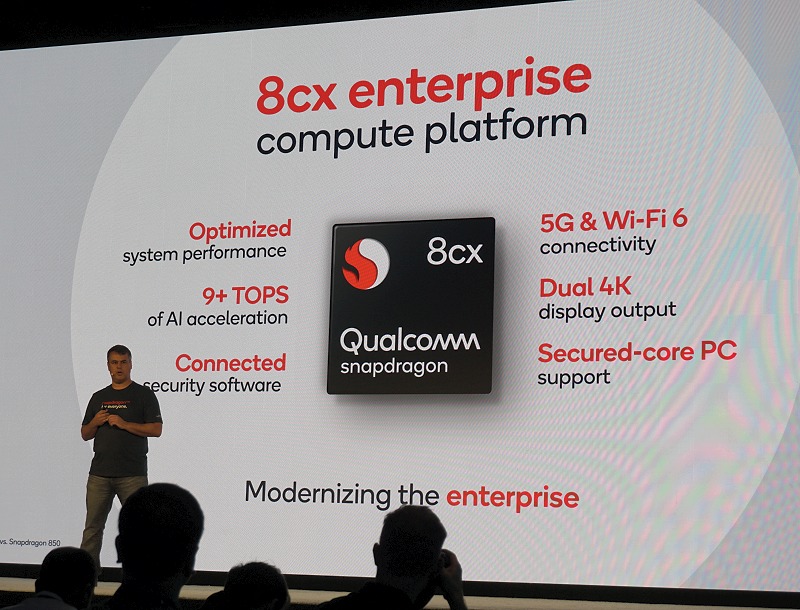 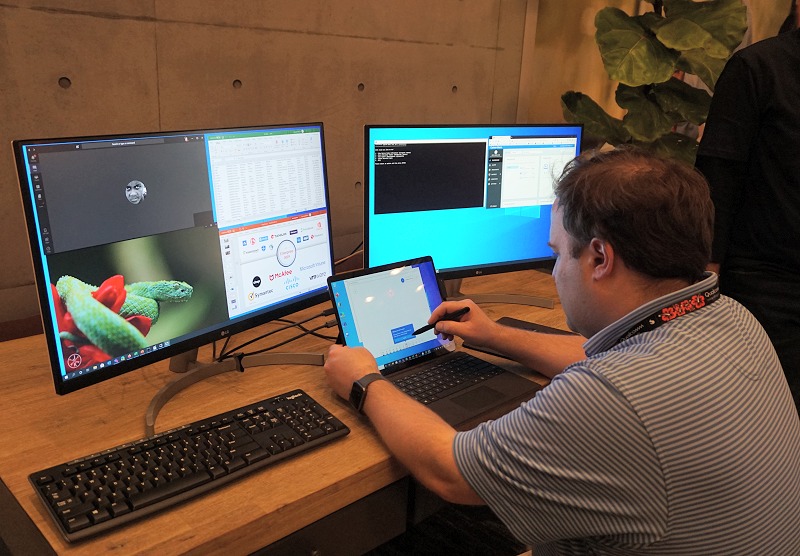 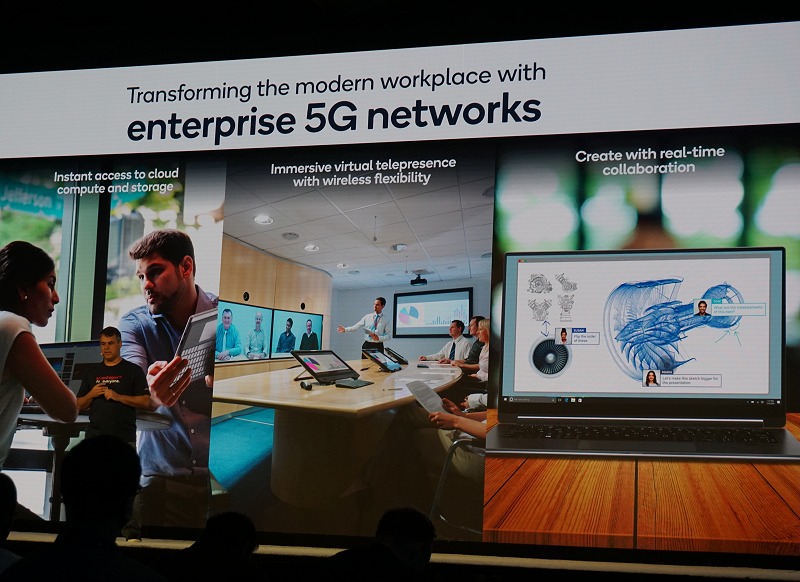 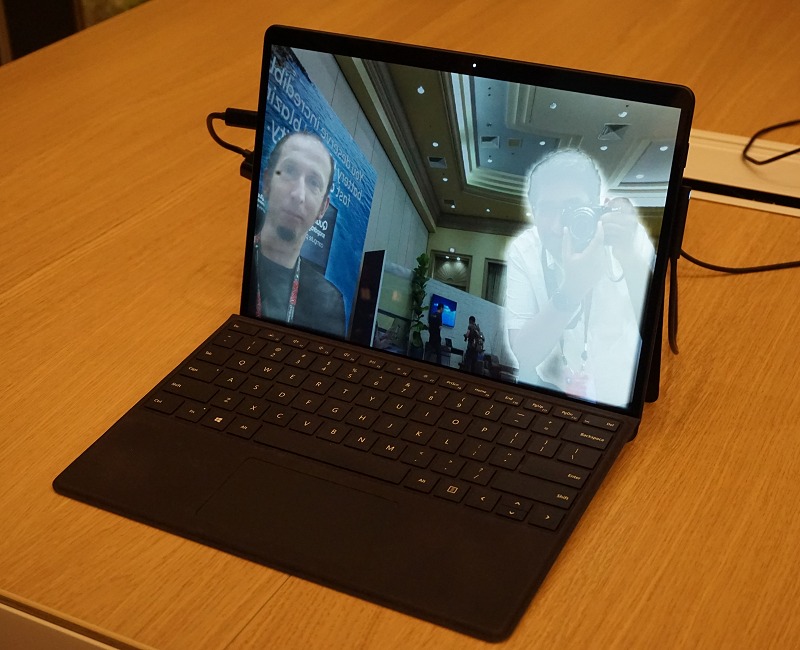