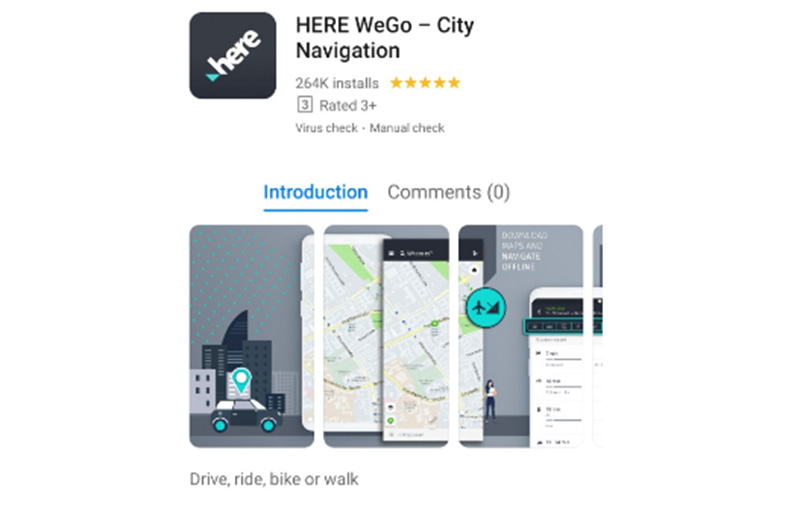 With most of their recent devices pre-installed with Huawei AppGallery and Huawei Mobile Services instead of Google Play and Google Mobile Services, it’s important that Huawei doesn’t let up its efforts to attract more developers to its own app store.

I’ve talked about Huawei’s own Petal Search app before, but it’s worth pointing out that there are actually a few more interesting (and to some, more useful) ones that landed on AppGallery recently.

One of them is HERE WeGo, a free city navigation app that to my best knowledge arrived on AppGallery just this April. A popular app that’s also on Google Play, HERE WeGo offers turn-by-turn navigation guidance, with public transit information for more than 1300+ cities and offline maps for over 100 countries such as the U.S. and UK, Germany, Italy and Australia.

According to Huawei, other more prominent recent additions include Foodpanda and LINE (IIRC, Foodpanda arrived a bit earlier). I don’t think I need to explain what these two apps are about, no?

Anyway, it’s heartening to know that the AppGallery’s catalogue is growing. I mean, Huawei’s mobile hardware are pretty good so it’s kind of pity that their full potential can’t be realised due to the lack of GMS.

Finally, Huawei mobile users: let us know if you noticed any new apps on AppGallery, especially those big-name ones that you previously had to sideload.

Join HWZ's Telegram channel here and catch all the latest tech news!
Our articles may contain affiliate links. If you buy through these links, we may earn a small commission.
Previous Story
iOS 13.5.5 reveals Apple could be working on a services bundle
Next Story
New iPad Pros with A14X, Mini-LED and 5G said to be coming in first half of 2021