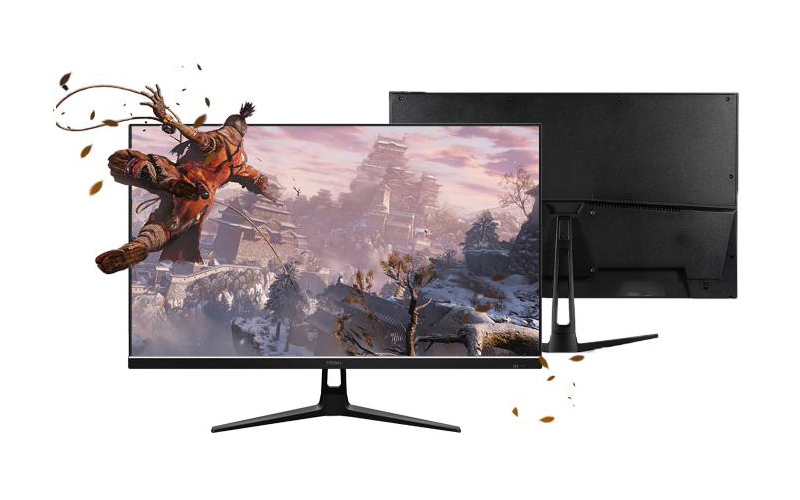 PRISM+ has announced the F270i Pro gaming monitor, an affordable 27-inch IPS-type panel with a crisp 2,560 x 1,440-pixel resolution and a 144Hz refresh rate. These are traditionally premium features that command a steep price tag, but the F270i Pro is coming in at a far more affordable price point in typical PRISM+ fashion. The monitor will launch at the upcoming CEE show at just S$399, but you'll also be able to buy it directly from the PRISM+ website.

The F270i Pro is basically an upgrade of the F270 Pro that PRISM+ announced last year. The F270 Pro had most of the same features, but it was equipped with a TN panel, which is far inferior in terms of things like color reproduction and viewing angles. The F270i Pro and its IPS-type, or AHVA to be specific, panel should be a nice step up when it comes to image quality, which means the monitor might also now appeal to both creators and gamers.

PRISM+ is claiming up to 125 per cent coverage of the sRGB color space and 178° viewing angles, in addition to support for 10-bit color depth. Grey-to-grey response time is stated as 5ms, with a peak brightness of 350 nits.

Like previous monitors in the F270 series, the F270i Pro has super slim 3mm bezels as well, so it's suitable for use in a multi-monitor setup. PRISM+ is also citing built-in anti-flicker and low blue light technologies for less strain on your eyes.

Of course, given the price, there have had to be certain compromises, and the stand only supports tilt adjustments, with no way to swivel or change the height. That said, it's nice to see PRISM+ gradually upgrade its F270 monitors, as the original only featured a TN panel with a 1080p resolution.

The F270i Pro goes up directly against SuperSolid's R270i monitor, another QHD 144Hz IPS display, so you'll have some choice to work with if you're in the market for an affordable 144Hz IPS screen.

Join HWZ's Telegram channel here and catch all the latest tech news!
Our articles may contain affiliate links. If you buy through these links, we may earn a small commission.
Previous Story
The Aftershock Nova 17 laptop has a desktop Intel Core i9-9900K chip
Next Story
Apple updates the MacBook Pro with new 8-core Intel processors and updated keyboards