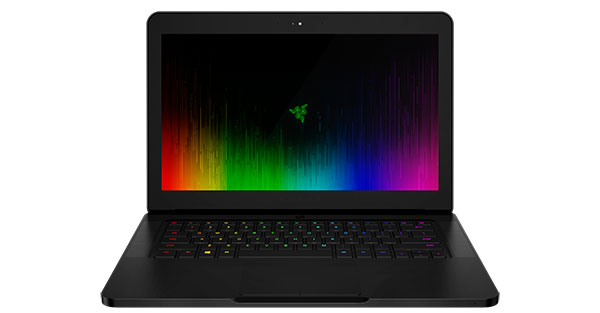 Razer has announced the launch of its new 14-inch Razer Blade gaming laptop, a much needed refresh seeing as the old Blade was starting to look a little long in the tooth. 2016’s Blade now comes with the latest hardware (well, mostly anyway), and features goodies like per-key RGB backlighting.

As it turns out, Razer’s Blade laptops are on a mission to shave off the grams. While the original Razer Blade that debuted in 2012 was a hulking 17-inch slab, Razer eventually introduced more svelte 14-inch models and even gave us a bona fide ultrabook in the 12.5-inch Razer Blade Stealth.

The new Blade packs a quad-core Intel Core i7-6700HQ (2.6GHz, 6MB cache) processor, 16GB of DDR4 RAM, and up to a 512GB PCIe M.2 SSD. Those are all high-end specifications, and the only letdown is the NVIDIA GeForce GTX 970M that Razer has gone with. While this particular mobile GPU comes with 6GB of GDDR5 memory, double that on the GeForce GTX 970M featured in the previous Blade notebook, it still feels distinctly last-generation when NVIDIA’s 10-series cards have already been released.

To be fair, no 10-series mobile GPUs have been announced yet – and it’s not exactly clear when or if we’ll be seeing any – so Razer was probably caught in quite a sticky situation right from the outset. Until we hear more about NVIDIA’s plans for notebooks, all other manufacturers looking to refresh their products will probably have to make do with bumping up things like the CPU, RAM, and storage configurations.

With that said, there’s still plenty else to like about the new Blade. It comes equipped with a 3,200 x 1,800 multi-touch IGZO display and a host of speedy interfaces, including three USB 3.0 ports and a USB-C Thunderbolt 3 connector. This also means that it will be compatible with the Razer Core external graphics dock, allowing users to enjoy a significant performance boost from a desktop graphics card. In fact, it might be better poised to take advantage of an external GPU because of its more powerful processor.

Finally, it also supports per-key RGB Chroma illumination, following in the footsteps of the Razer Blade Stealth. While independent backlighting for individual keys is already quite a common feature on gaming keyboards, they’re still something of a rarity on notebooks, so it’s nice to see Razer make an effort in implementing the feature.