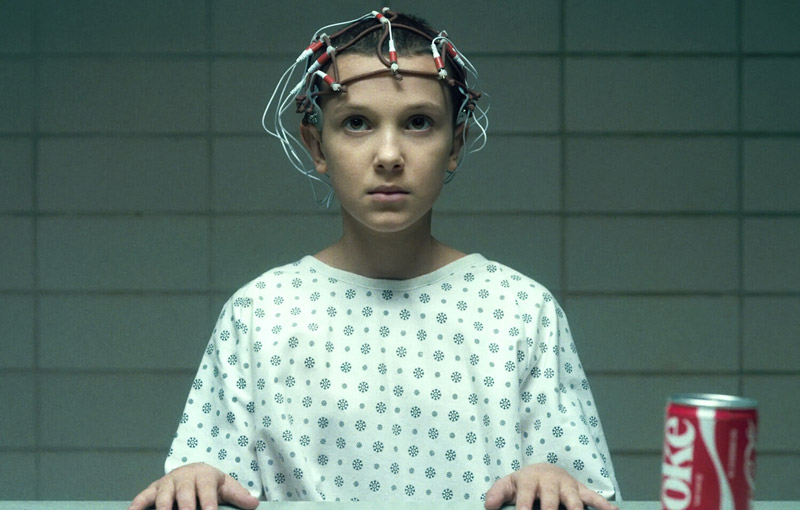 Better stock up on Eggos.

Netflix dropped a new teaser for Stranger Things Season 4 recently, with a surprising focus on Eleven’s painful childhood spent in an experimental laboratory. As far as teasers go, it’s fairly vague - but it does suggest that next season will somehow loop in the other children imprisoned with Eleven in Hawkins National Laboratory. Perhaps we’ll even see the person responsible for these cruel experiments return.

This teaser is a good reminder that although Stranger Things arguably earned popularity from its Goonies-like adventurous tone, the series has always balanced things out with an equal amount of horror. The video marks a return to Hawkins National Laboratory - the place Eleven escaped from at the beginning of the series. Her captor, Dr. Martin Brenner walks into a rainbow-themed room and says he has, “something very special planned,” for the children in hospital gowns inside.

We then get a look at all the other rooms holding kids in this facility, each one marked with a number - and the video ends with Door 11. The teaser ends with a panicked Eleven breathing heavily, and opening her eyes in terror. Season 2 revealed that Dr. Brenner might still be alive - but Season 3 put that particular plotline aside. Who knows? He might now be in Russia, experimenting away like he used to - with Jim Hopper not too far behind.

Another strange teaser was released recently:

Season 3 ended with Hopper seemingly sacrificing himself to save his friends and family. Joyce, Jonathan, Will and Eleven then moved out of Hawkins, separated from all their friends still in town. Season 4 will likely have the whole gang split up all over the world - some in Hawkins, some elsewhere in America, and one of them in enemy hands in Russia. We don’t have a release date for Stranger Things 4 yet, but one can assume it’s due to arrive next year given production is still ongoing.

One more interesting note: Season 4’s first teaser has the description 001/004, and this new trailer reads: 002/004. Hence, we’ll probably get two more enigmatic teasers like these before a proper trailer arrives.

Join HWZ's Telegram channel here and catch all the latest tech news!
Our articles may contain affiliate links. If you buy through these links, we may earn a small commission.
Previous Story
Hearing aid maker Sonova is buying Sennheiser's consumer division for €200 million
Next Story
Disney have revealed footage of their 'real' Star Wars lightsaber