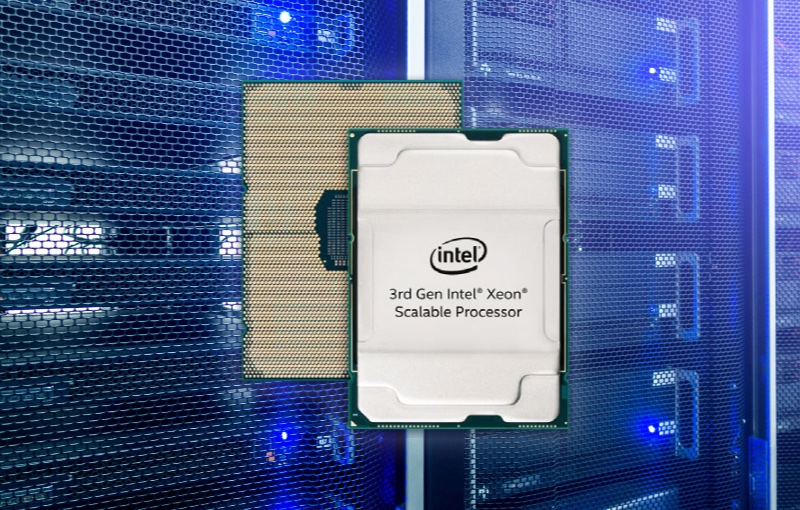 With this launch, the new Xeons are finally using Intel's Sunny Cove architecture that debuted in 2019 and was prominently featured in last year's 10th Gen Core 'Ice Lake' microprocessors for notebooks and desktops. This is a big milestone as it is Intel's first 10nm lithography process based processor in the market and it promised a big leap over older processors. 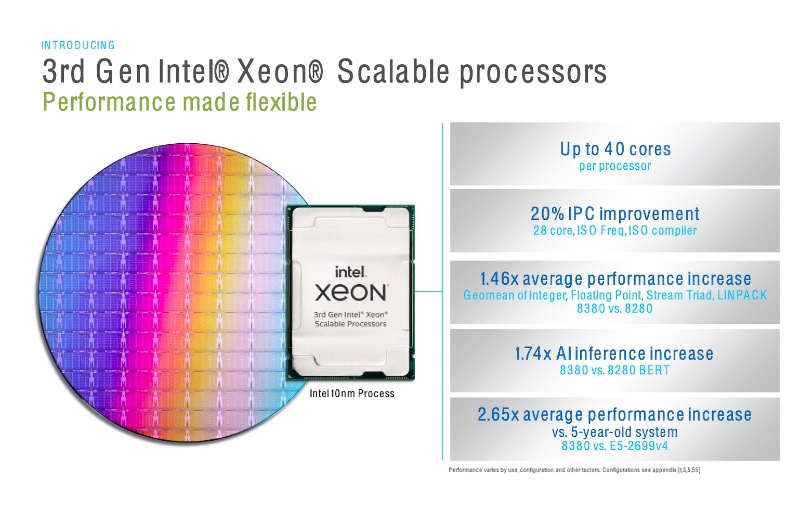 To reach these improvements, besides having up to 40 cores, these 3rd Gen Xeon Scalable processors support up to 8-channel DDR4 3200MHz memory compared to 6-channel DDR4-2933 previously, PCIe-Gen4 support, and have memory capacity per processor now up to 6 terabytes per processor/socket. 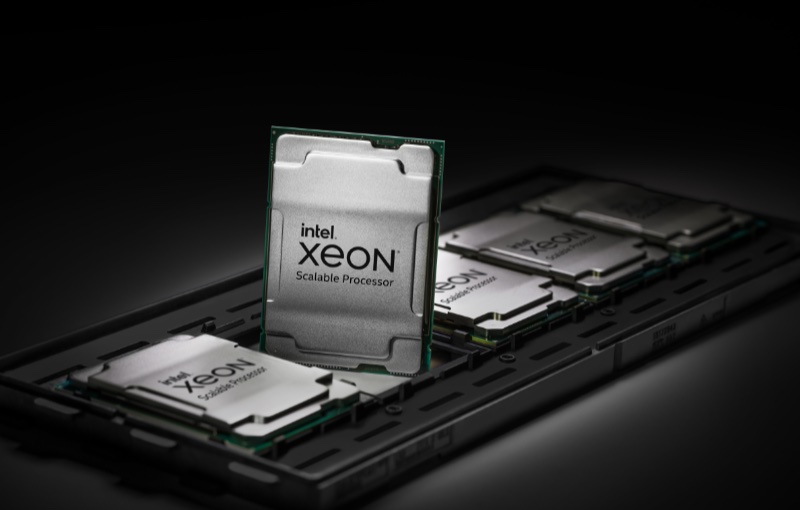 Next-gen 5G communications will see an average of 62% more performance on a range of 5G and network workloads over the prior generation using Ice Lake processors in a data centre. 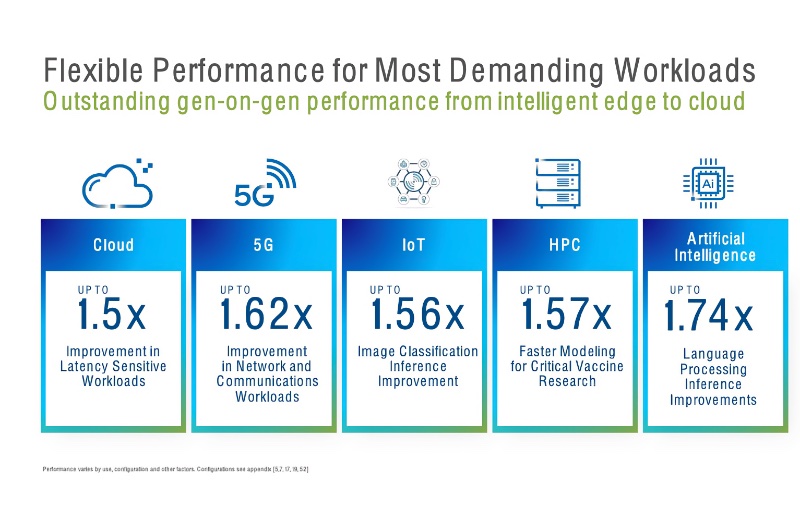 With the future of computing looking to be in the field of AI, Intel says their 3rd Gen Intel Xeon Scalable processors are the only data centre CPU with built-in AI acceleration, supporting end-to-end data science tools and smart solutions.

According to the company, the Ice Lake processor family offers amazing performance and built-in AI acceleration for faster analytics, processing of more images or video streams, and more powerful AI in IoT deployments at the edge. Intel says its optimisations deliver up to 74% faster AI performance than its previous generation of Xeons. Other bold claims include 1.5 times the performance of AMD's newest and highest core-count processor - the AMD EPYC 7763 -  across a mix of 20 popular AI workloads. Intel even says their processor can deliver up to 1.3 times higher performance than NVIDIA's A100 Tensor Core data centre GPU across the same set of workloads. Lofty claims indeed and this gives the 3rd Gen Intel Xeon Scalable processors a renewed sense of excitement in the server and HPC market.

Built-in hardware-based security helps protect critical code and private data from tampering or interception by malware or hackers, a particular challenge in dispersed IoT deployments at the edge.

We asked Intel if they'd seen increasing decentralisation as processing moved out to the edge and they said that the rise of Edge IoT deployments meant that compute was moving out towards the edge of the network. But the need for performance, security, and manageability continued to grow as the diversity, sophistication, and intelligence of Edge IoT deployments accelerated.

Looking ahead, we asked Intel about the future of 10nm process node and going smaller, a spokesperson said that Intel is advancing the development of lead data centre and client CPUs leveraging their 7nm process and that their 7nm development was progressing well, with a planned tape-in of 7nm sometime this quarter.

According to Intel, a number of the new 3rd Gen Xeon scalable processors have been shipped to partners like Cisco, Oracle, Dell, Lenovo, AWS, Google, Alibaba, Tencent, Verizon, HPE, and Microsoft. There are also a large number of SKUs for the Ice Lake processors. We've asked Intel about the pricing and availability for the new processors but Intel said that they can only respond later. We will update this article with the pricing and shipping details when we get them.

Join HWZ's Telegram channel here and catch all the latest tech news!
Our articles may contain affiliate links. If you buy through these links, we may earn a small commission.
Previous Story
E3 2021 returns as a free 'reimagined, all-virtual' event in June
Next Story
Creative's latest SXFI Air Gamer headphones offer professional-grade audio for work and play