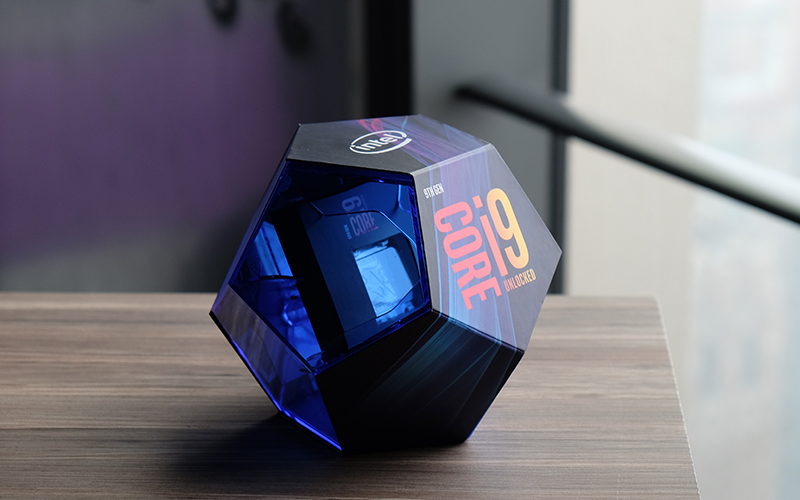 AMD's Ryzen 3000 processors are turning out to be quite the success. They're currently topping the best sellers list on Amazon, and word is that the Ryzen 7 3700X has nearly sold out in SLS stores. The biggest question on everyone's mind is probably this – what's Intel's counterattack plan going to look like? The rumor mill has gladly obliged, and a "leaked" slide has surfaced, allegedly showing the full line-up of 10th-generation Comet Lake desktop processors.

At first glance, it looks legitimately exciting. The flagship Core i9-10900KF is a 10-core/20-thread processor that can boost to 4.6GHz on all cores. In addition, it has a single-core turbo frequency of a whopping 5.2GHz! On top of that, all the chips, including the lowly Core i3-10100, are getting hyper-threading. If true, that would provide some serious competition for AMD, since Intel is still strong in terms of single-threaded performance, but loses out when it comes to multi-threaded workloads. 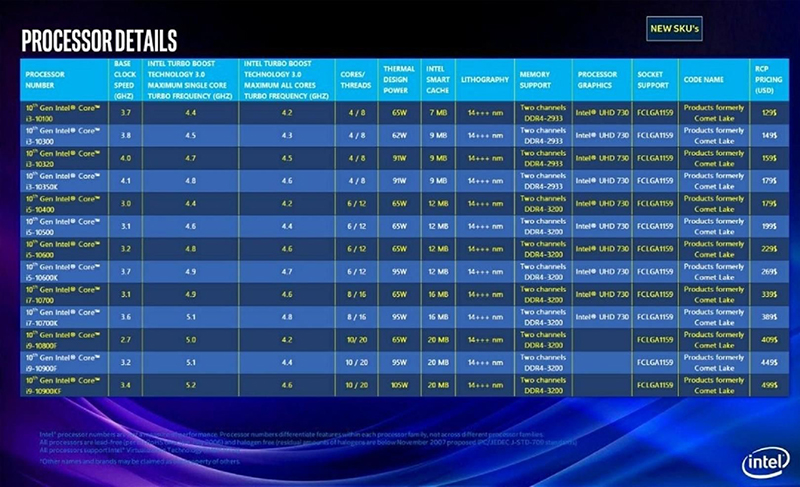 But there are also many reasons to be skeptical. Small details in the slide don't quite add up, so there's good reason to think it might actually be a fake. For starters, there's now a column that lists "maximum all cores turbo frequency", which is a spec Intel hasn't been in the habit of providing. Instead, it usually just lists the single-core turbo clock. In another break from convention, there's a column for the "code name" as well.

Conversely, there's no mention of Optane Memory support, something Intel has been keen to highlight on its past slides.

The "Lithography" column also cites the chips as being built on the 14nm+++ process, which Intel hasn't even brought up in any recent roadmaps.

Finally, there's the super unwieldy 5-digit processor names. We know from Intel's OEM partners that the upcoming 10th-generation Ice Lake mobile chips have 4-digit names, including the Core i7-1065 G7 and Core i5-1035 G1, so it's possible that the desktop line would adopt a similar approach.

Here's a look at the actual slide from the Intel 9th-generation launch, so you can see the differences:

It's not that I don't want the slide to be accurate. It'd truly be great for gamers and enthusiasts if it actually happened. But there's just a lot of room for doubt right now, and you shouldn't hold your breath and assume it's happening until Intel says so itself.

Join HWZ's Telegram channel here and catch all the latest tech news!
Our articles may contain affiliate links. If you buy through these links, we may earn a small commission.
Previous Story
NVIDIA preps its DGX-Ready Data Center program for global expansion to Asia, Europe and South America
Next Story
Intel announces three new chip packaging technologies to build computing systems of the future