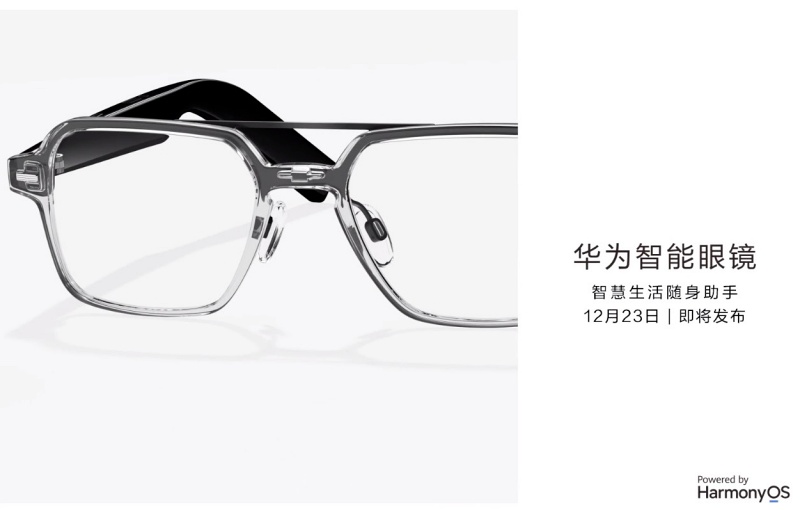 Huawei's 23 December event is shaping up to be more than just the P50 Pocket.

Based on a short teaser video post on Chinese social networking site Weibo, Huawei will be unveiling a new pair of HarmonyOS-powered smart glasses. The smart glasses will have bone conductive speakers built into the temples, and support voice commands and integration with other HarmonyOS-compatible devices.

One key feature of the smart glasses is the option to swap out both lenses as a single unit. The front panel consisting of the two lenses can be magnetically attached to the frame.

This would be Huawei's third generation of smart glasses. The first two models were built in collaboration with cult Korean eyewear brand Gentle Monster. Oppo recently unveiled its Air Glass and they are slated to launch in China during Q1 2022.

Join HWZ's Telegram channel here and catch all the latest tech news!
Our articles may contain affiliate links. If you buy through these links, we may earn a small commission.
Previous Story
Holiday Gift Idea 3: A cosy, blocky way to build bonds with loved ones
Next Story
Xiaomi launches its 55-inch 4K Android TV with QLED display at S$1,499 *updated*