It pays to be cool with ASUS ROG’s gaming notebooks

It pays to be cool with ASUS ROG’s gaming notebooks

Note: This article was first published in December 2019 and re-published as the information is still valid. 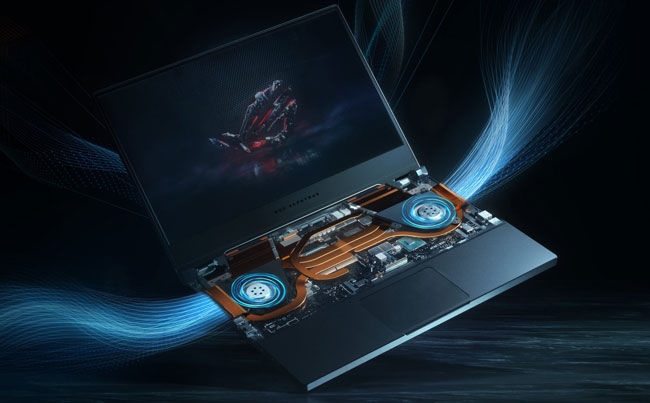 Gamers want performance. Why wouldn’t they? With all the beautiful open worlds, detailed 3D models, and stunning lighting effects that make today’s biggest releases, it’s no mystery that smooth gameplay calls for top hardware. Yet the answer isn’t simply splurging on the best parts.

“Thermal throttling” is a well-known matter among the PC building community. In a nutshell, PCs have in-built safety systems that dynamically reduce CPU or GPU clock speeds to prevent overheating. While it saves your components from lasting damage, it does lower expected performance. It’s one of the reasons why you might experience slowdowns the longer you game.

While this can be easily diagnosed and addressed on desktop PCs, notebook PCs tend to have a tougher time with it. The tightly packed components and limited cooling options afford little in the way of an enduring solution. The good news is, ASUS ROG has an answer. ROG’s new gaming notebooks, such as the ROG Mothership, ROG Zephyrus, ROG Strix SCAR III and ROG Strix G series, combine hardware, features and system settings for an optimized Intelligent Cooling package. It’s a fine-tuned balance that ensures you get the right amount of thermal cooling for the right situation. Like the CPU and GPU, your fans shouldn’t be firing on all cylinders all the time.

Smart adjustments not only conserves power but prevents excessive heat and noise generation too. For light work such as emails and browsing, ROG’s Intelligent Cooling software automatically enables Silent mode for quieter operation. Then when it’s time to play, the notebook shifts gears to either Balanced or Turbo Mode depending on what’s needed – enough power and cooling for most gaming, or maximum performance for the latest gaming showpieces out there.

So, how does that better cooling work? It starts with two high-density fans that feature 83 blades each. Thanks to their resilient thermoplastics’ construction, the new n-Blade fan design allows for thinner blades to be moulded but without sacrificing strength and durability. The fans are also of the 12V variety allow them to spin faster and increase air pressure considerably over standard 5V powered fan designs. Coupled with carefully shaped intake shrouds, and raised guides, everything comes together to improve airflow by up to 20 per cent over older designs or up to 5dB less noise at the same airflow. Further inside, the cooling system benefits from an extended heat spreader that stretches across five heat pipes. This efficiently redistributes heat from the CPU and GPU to keep them below 85 degrees Celsius. The airflow is also mapped to a 3D Flow Zone for better ventilation, with the side vents slanted backwards to keep hot air away from your hands.

Joining the equation are ROG’s heatsink fins, which at 0.1mm are thinner than conventional designs. This allows their engineers to cram more fins inside, thereby increasing surface area for better heat dissipation. The fins themselves are lined with copper instead of aluminium for better thermal conductivity. 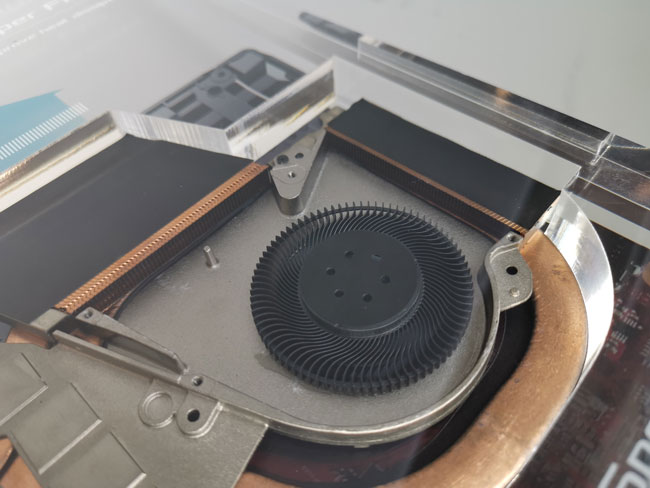 Those extra fan blades and fins may sound like more places for dust to gather, but a self-cleaning system smartly alleviates the problem. Anti-dust channels by the fans trap and expel foreign particles from the chassis, preventing said dust from settling in the first place. Dust build-up is a big culprit behind declining cooling performance, so this design effortlessly saves maintenance time in the long run. 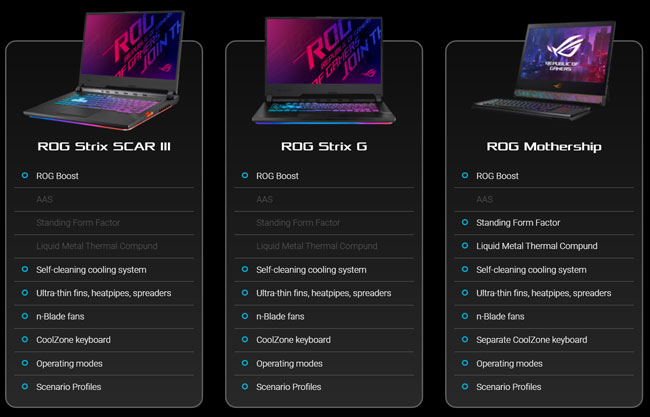 By now you might be interested to know more about the ASUS ROG notebooks that feature these Intelligent Cooling features and how they are positioned. While there are many differences among them that you can check our reviews for more details, here’s how you can choose the right gaming notebook that has a great cooling design:-

For more details, check them out here.

Our articles may contain affiliate links. If you buy through these links, we may earn a small commission.
Previous Story
The Aorus RAID SSD 2TB expansion card comes with four M.2 SSDs
Next Story
NZXT announces new C series power supplies and an RGB controller