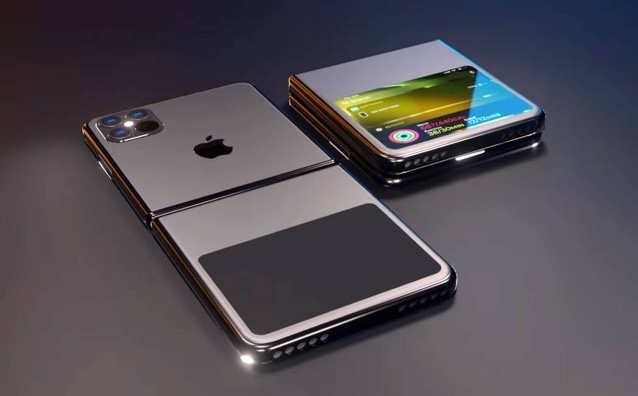 Apple could be launching its foldable iPhone in 2023 according to digital media research firm Omdia.

Citing the information from Omdia, Chinese analyst firm EqualOcean reports that the first foldable iPhone will sport a 7.3 to 7.6-inch OLED display. In addition, Apple may include Apple Pencil support for the foldable iPhone.

Rumours of the foldable iPhone picked up in June 2020 when tipster jon_prosser acknowledged in a tweet that "Apple is in a unique position to leverage an iPhone + iPad like device in one". Economic Daily News reported in November 2020 that Apple sent foldable iPhones to Foxconn for testing purposes.

The publication followed up with a report last month claiming that Apple is working on a clamshell foldable iPhone. Bloomberg also reported that Apple has developed prototype foldable displays for testing and they have "a mostly invisible hinge".

The iPhone maker has been granted several patents related to a foldable device including a notification strip,  a flexible hinge, and a flexible display with a bending region.

Source: EqualOcean via iPhone in Canada

Join HWZ's Telegram channel here and catch all the latest tech news!
Our articles may contain affiliate links. If you buy through these links, we may earn a small commission.
Previous Story
Porsche's new 911 GT3 is delightfully old-school: no electric motors, no turbos, and manual gearbox
Next Story
Shazam is offering a free five-month subscription to Apple Music just by using the app