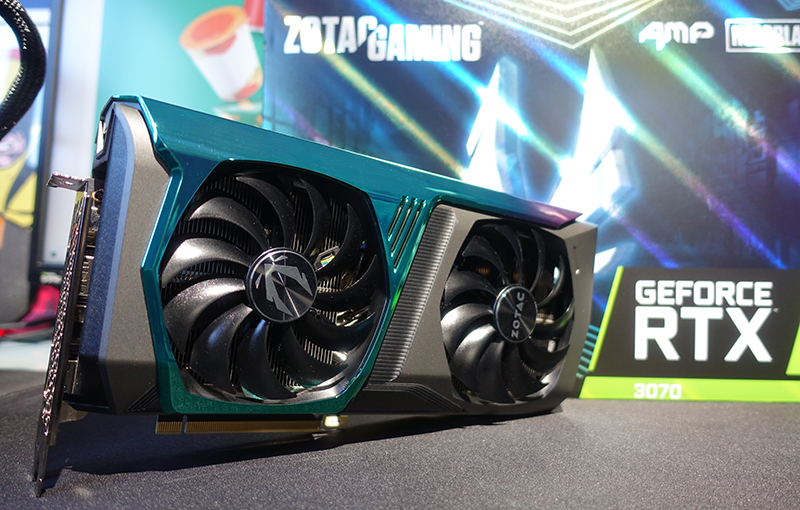 A new look for a new GPU generation

The Zotac Gaming GeForce RTX 3070 AMP Holo is one of the more unique custom card designs to hit the market. Right off the bat, the first thing you notice is what Zotac refers to as its HoloBlack design. The cooling shroud boasts an electroplated finish with a distinctive iridescent holographic look. It's a one-of-a-kind design and an interesting departure from cramming the shroud with RGB LEDs, although the card still supports Spectra 2.0 lighting with illuminated lighting strips that run along the sides. 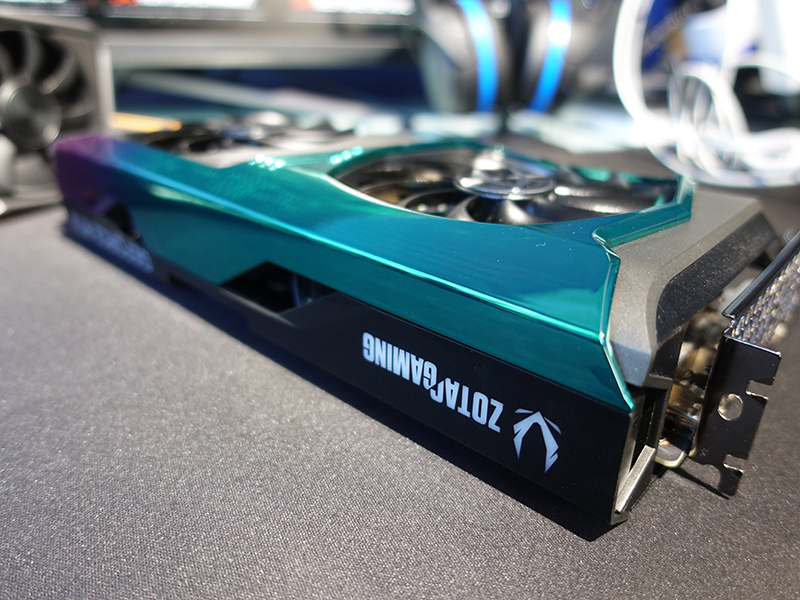 The cooler is a hefty 2.5-slot design, topped with two large 100mm fans. This means that the card is fairly wide, which may pose an issue if you're thinking of installing it in a smaller, narrower case. These are new 11-blade fans that come fitted with the upgraded IceStorm 2.0 cooler, and they're supposed to increase airflow by up to 10%.

Both fans also support Active Fan Control, which lets you control each fan independently when using the Zotac Gaming FireStorm software. This means you can adjust the fan speed of each fan and increase airflow only to where it's needed. In addition, Zotac's semi-passive FREEZE fan stop tech means that the fans will stop spinning entirely when the card is idle, reducing noise and overall wear-and-tear on the fans. 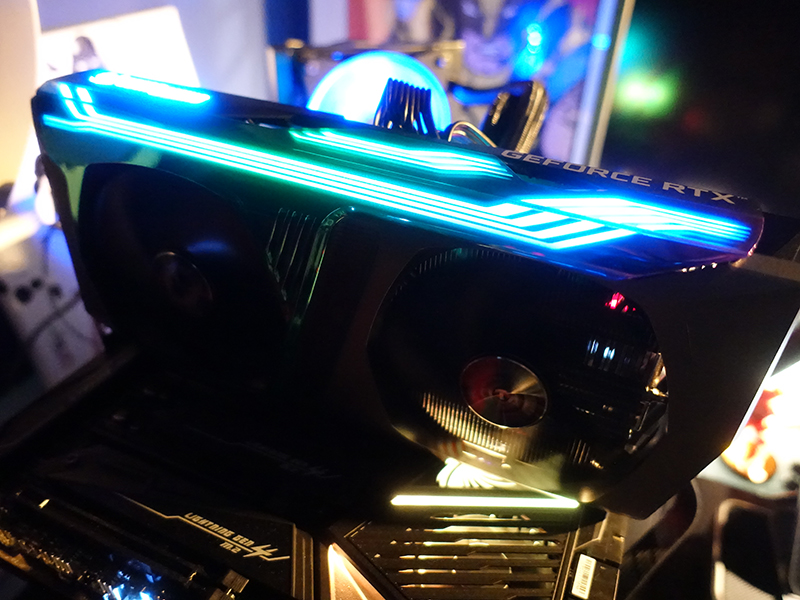 The aluminum fin stack is paired with six copper heat pipes to extract heat and distribute it more efficiently. Zotac says it has also implemented a new heat pipe layout to increase the surface area that comes in direct contact with the GPU in a more densely packed space.

To cap things off, Zotac has gone with a metal wraparound backplate that has been outfitted with its own RGB lighting. There are cut-outs in the far edge, presumably to help hot air vent from the top of the card. The company has included a metal support bracket as well, which should help provide additional structural reinforcement against the card sagging in your case. 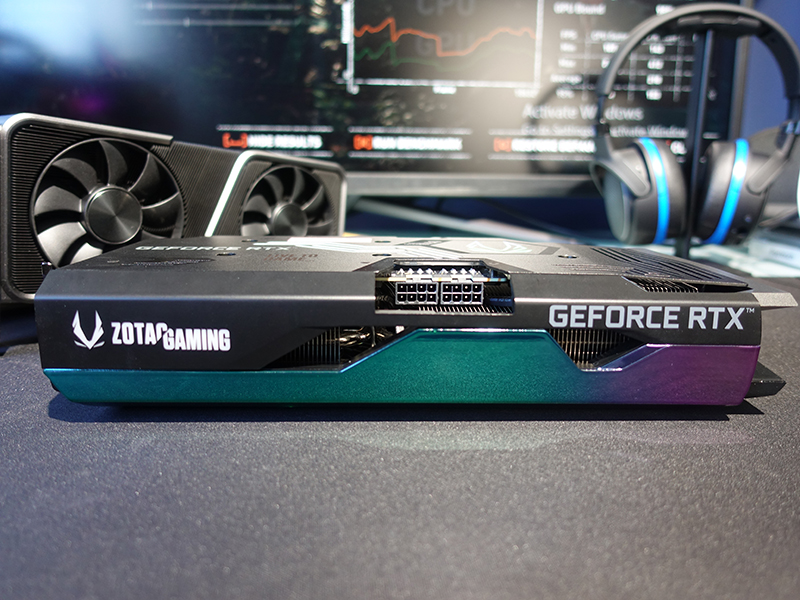 Finally, the card is powered by two 8-pin power connectors, which may seem a tad bit excessive for the GeForce RTX 3070 that is rated for power consumption up to 240W. Round the back, you'll find three DisplayPort 1.4a connectors and one HDMI 2.1 port.