Note: This review was first published on 14 November 2022. 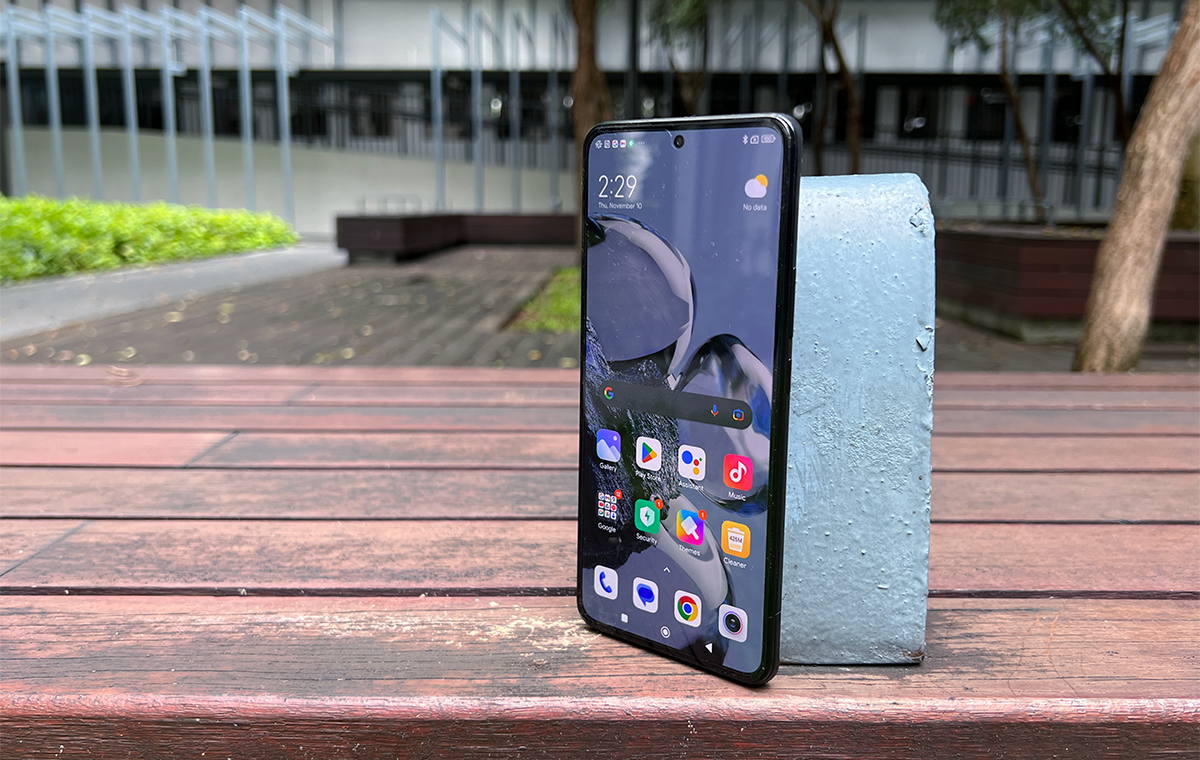 Xiaomi fans might have experienced an aneurysm when the their new phone was officially announced last month. At S$1,099, the 12GB RAM + 256GB storage variant of the Xiaomi 12T Pro is Xiaomi’s most expensive T-series handset in Singapore thus far (and the version we've obtained for review). It’s also a steep increase from the Xiaomi 11T Pro (review here), which retailed at S$799 for the same storage capacity. 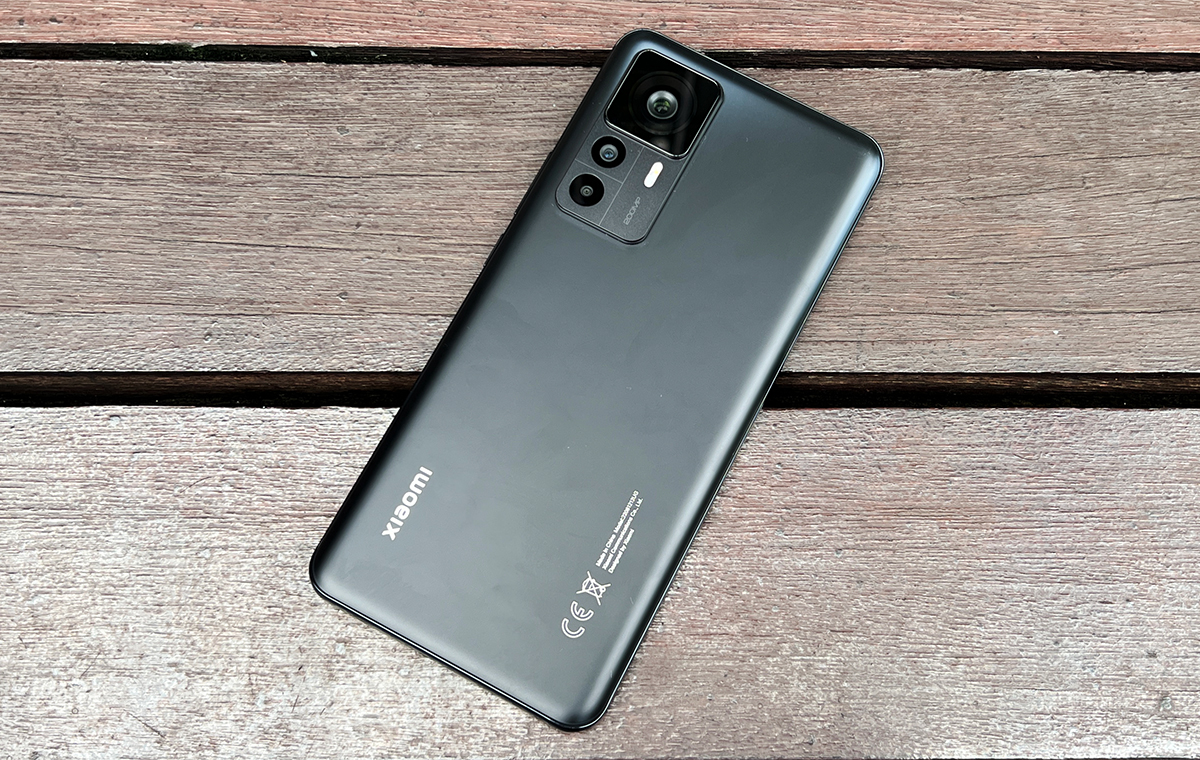 Is this the fault of inflation? Not quite. We think it's likely a balancing act by Xiaomi based on what’s offered out there. Here’s a non-exhaustive list of Snapdragon 8+ Gen 1 smartphones officially available in Singapore:

While there are other SD8+G1 phones in the wild, they’re not officially sold in here yet, making the Xiaomi 12T Pro technically one of the most affordable budget flagship handsets in Singapore. So what if it's S$300 more than its predecessor's launch price? It's still cheaper than the rest; that's probably what Xiaomi was thinking. 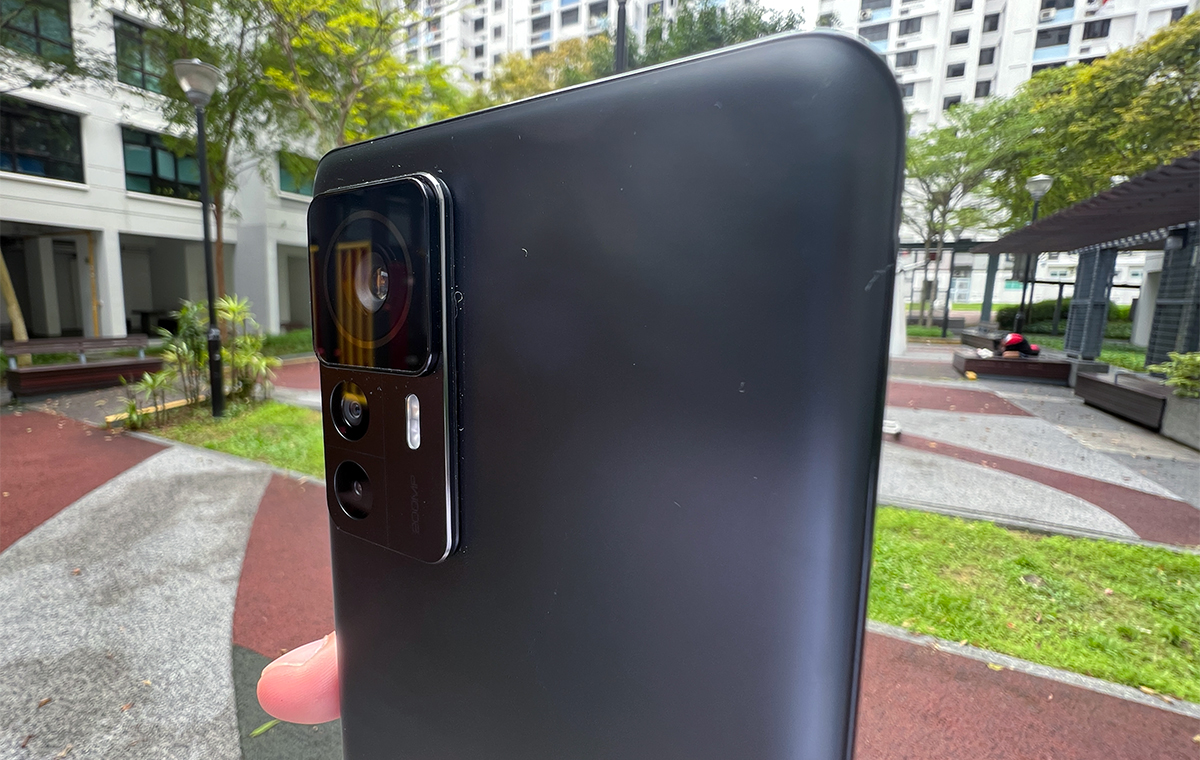 Now, to help set the device apart further from its rivals, Xiaomi packed in a 200MP primary camera (Samsung ISOCELL HP1 sensor) on the 12T Pro’s triple rear imaging array, which turned out to be quite a competent shooter in our early tests. The 200MP camera also has plenty of neat tricks to utilise its hardware, which we’ll cover more about later.

It’s also one of the few 'budget-flagships' with a display resolution higher than the Full HD. The 12T Pro has a 2,712 x 1,220 pixel resolution and boasts a flagship-worthy 120Hz refresh rate. Then, there's also its 120W wired fast-charging to convince heavy users that it won't take long to get a full charge.

Still the cheapest Snapdragon 8+ Gen 1 phone out there, despite its massive price jump. You won't go wrong with the Xiaomi 12T Pro. 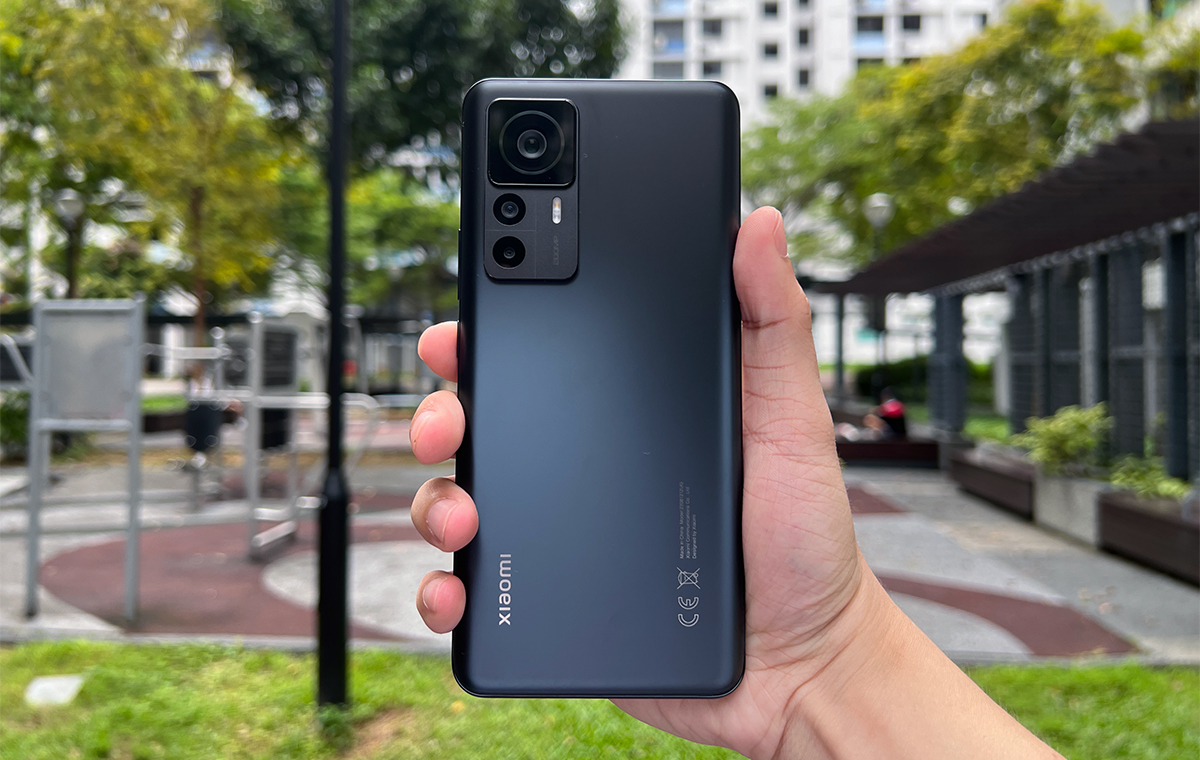 Chinese flagship-tier handsets tend to stick to the same design formulas. It gets hard to tell them apart after a while because of recurring traits like block camera housings, curved sides and corners on the back, and a penchant for a half or full-polish look.

The Xiaomi 12T Pro doesn’t offer any revolutionary design updates since it takes cues from Xiaomi 12 and 12 Pro. But, they’ve managed to streamline the rear camera housing, making it a little friendlier for everyday use. Instead of the raised rim around its main camera (which the 12 and 12 Pro had), Xiaomi made it flush against a piece of protective glass. It should help reduce any instances of scuffing or damage when the phone jostles about in your pocket or bag. 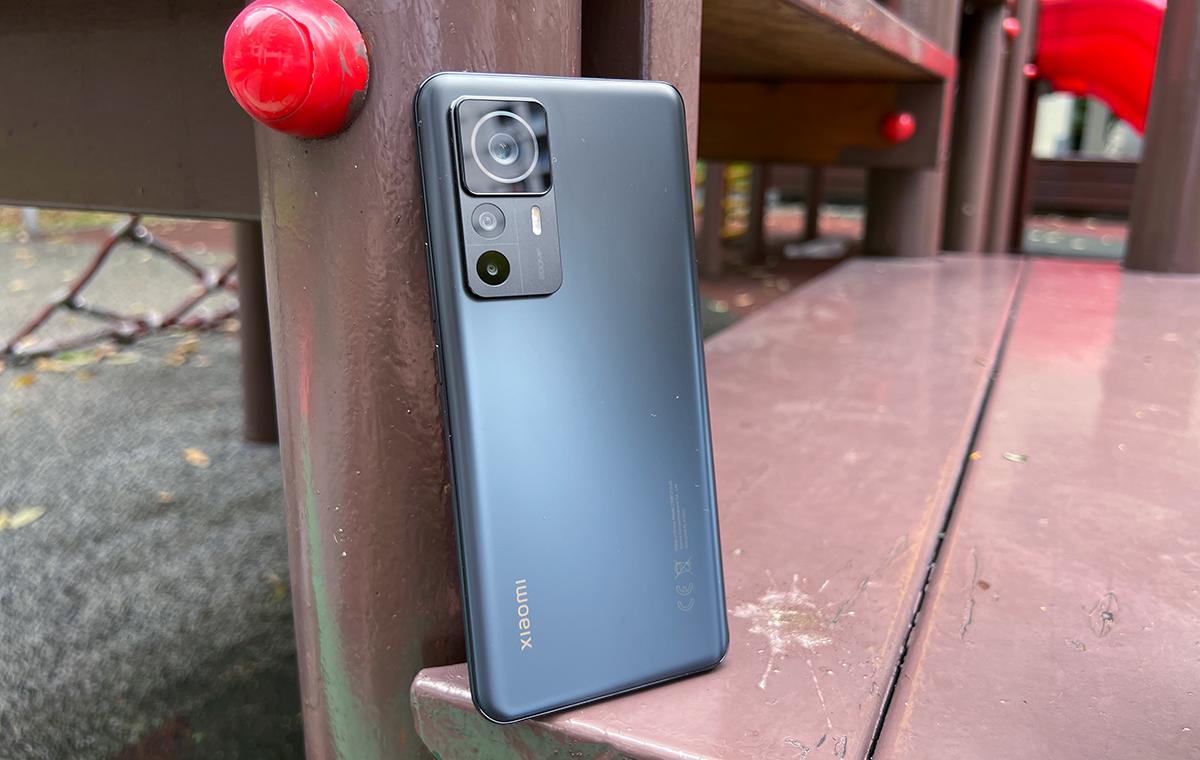 If you’re using it without a phone case, the Xiaomi 12T Pro’s side buttons for volume and power can get difficult to discern by touch. The buttons are very slim with no tactile embellishments, and the phone’s rims have mildly chamfered edges that your fingers can sense – making it more confusing. Also, refining the camera housing doesn’t make it less wobbly when facing up on the table, and even its phone case didn’t help much in that regard.

The rest of the phone feels average in hand. It’s a classic form factor with a curved back and flat display. Its sides look and feel durable, and the plastic back comes reinforced with glass, giving it a mildly premium feel in hand. 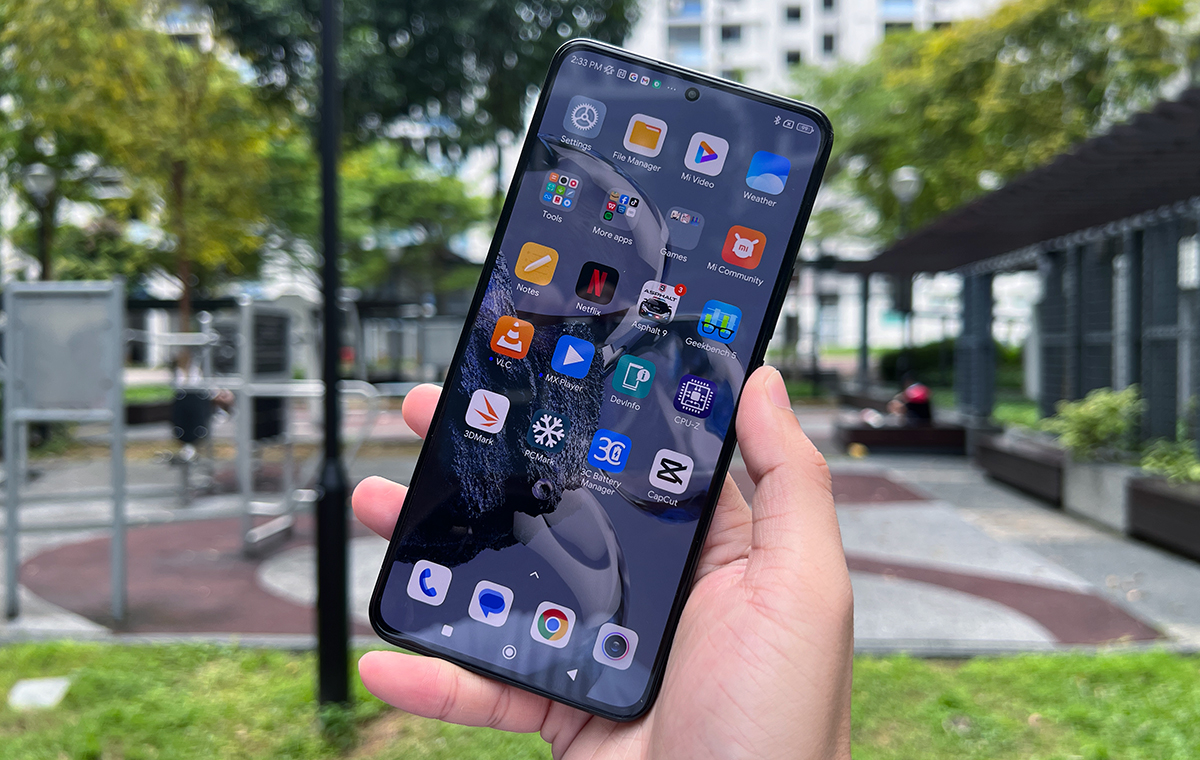 On the other hand, its 6.67-inch AMOLED display isn’t too shabby – in fact, it’s really sharp with its Full HD+ resolution and high pixel density (2,712 x 1220 pixels at 446 PPI). Content rendering is smooth, thanks to its fluid 120Hz refresh rate too. 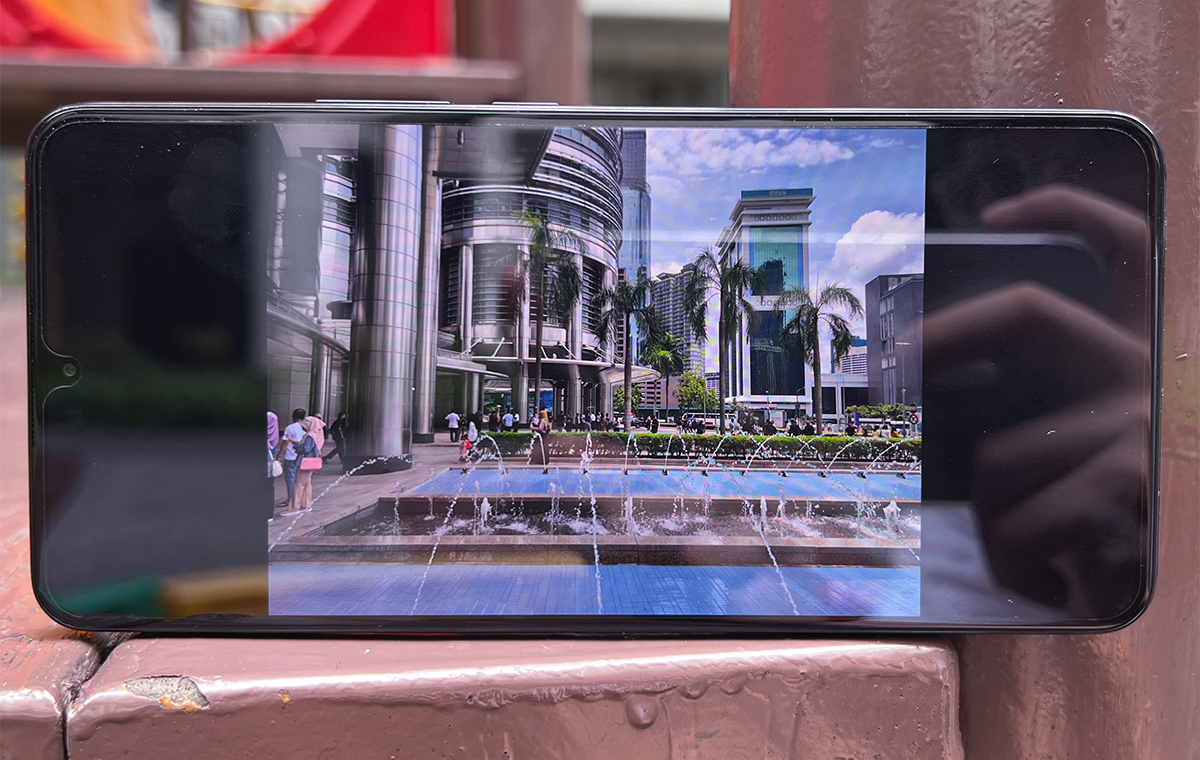 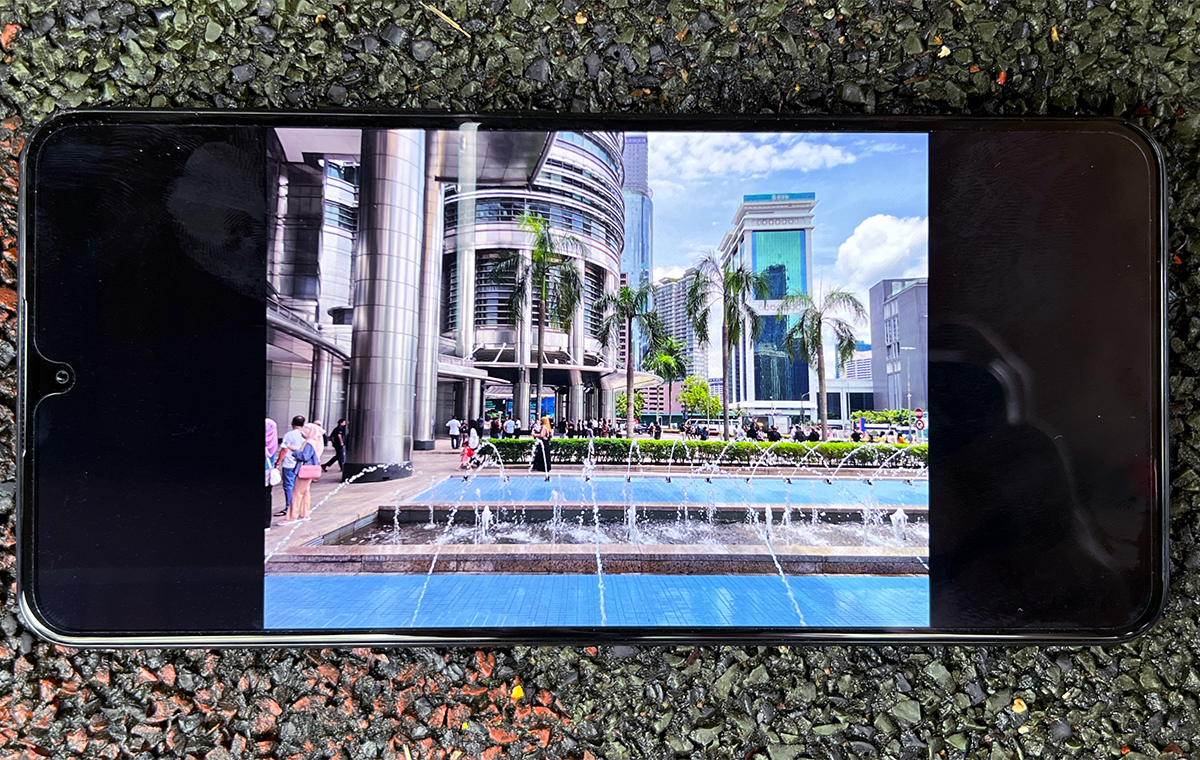 The only gripe we had was the panel having slightly washed-out colours if you have the display up at max brightness levels (900-nits) or during videos. Otherwise, the panel comes with all the key perks you’d expect on more expensive handsets, like support for HDR10+, SGS certification for Low Visual Fatigue, and a 480Hz touch sampling rate. 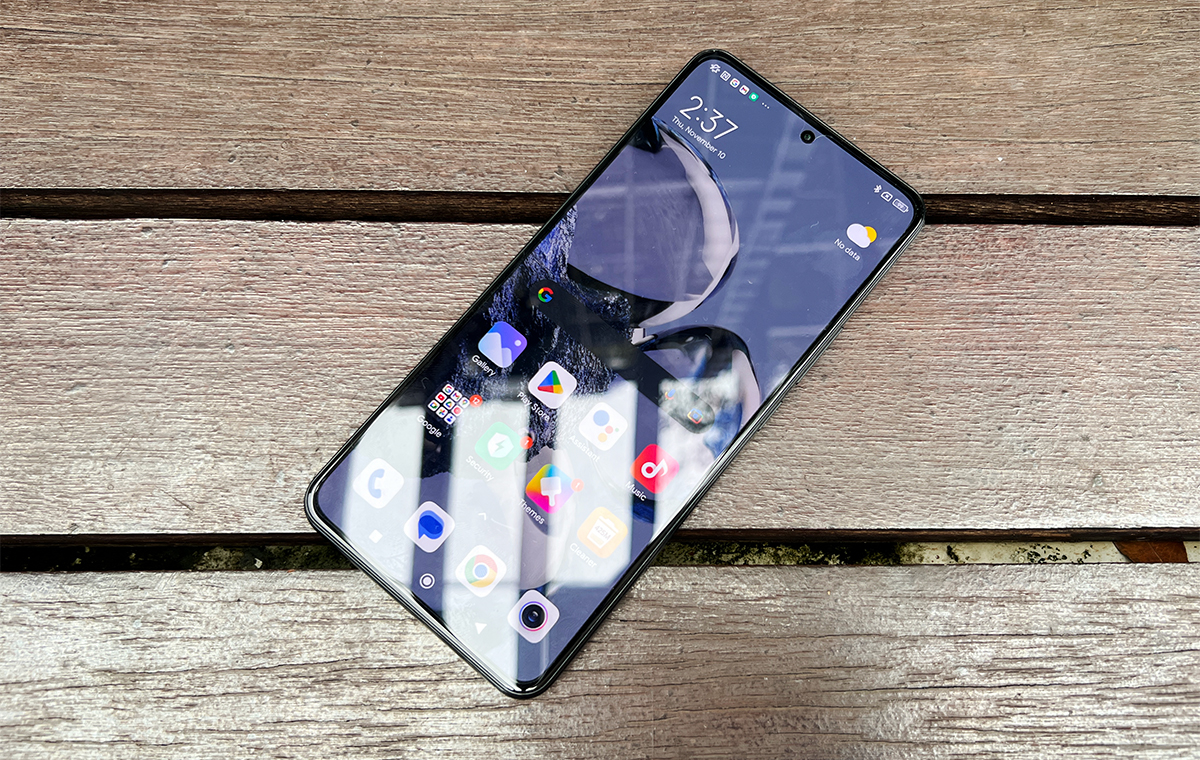 Xiaomi doesn’t specify if the in-display fingerprint sensor is optical or ultrasonic (we suspect it’s optical since it flashes white upon contact). That said, the response time is blazingly fast – faster than Pixel 7 Pro’s sensor. If you’d prefer, its AI Face Unlock is also reasonably speedy as well.

It doesn’t have the kind of IP68 rating that top-end phones have, but 12T Pro’s IP53 should suffice for everyday use and exposure to the usual Singapore weather. No dunking this phone in the pool!

Our Xiaomi 12T Pro was cloaked in MIUI 13 skin from Xiaomi, which is based on Android 12. It’s a lot more consistent than past MIUI reskins. For example, the shortcut icons in the pull-down menu are evenly-spaced, and so are the alert tabs on the notification screen. You can also adjust the font type and size to make words more legible on the interface (we used an unofficial typeface that mimics Google’s font, just so that small text is more readable at a glance).

Do we really need 200MP for a phone's camera? 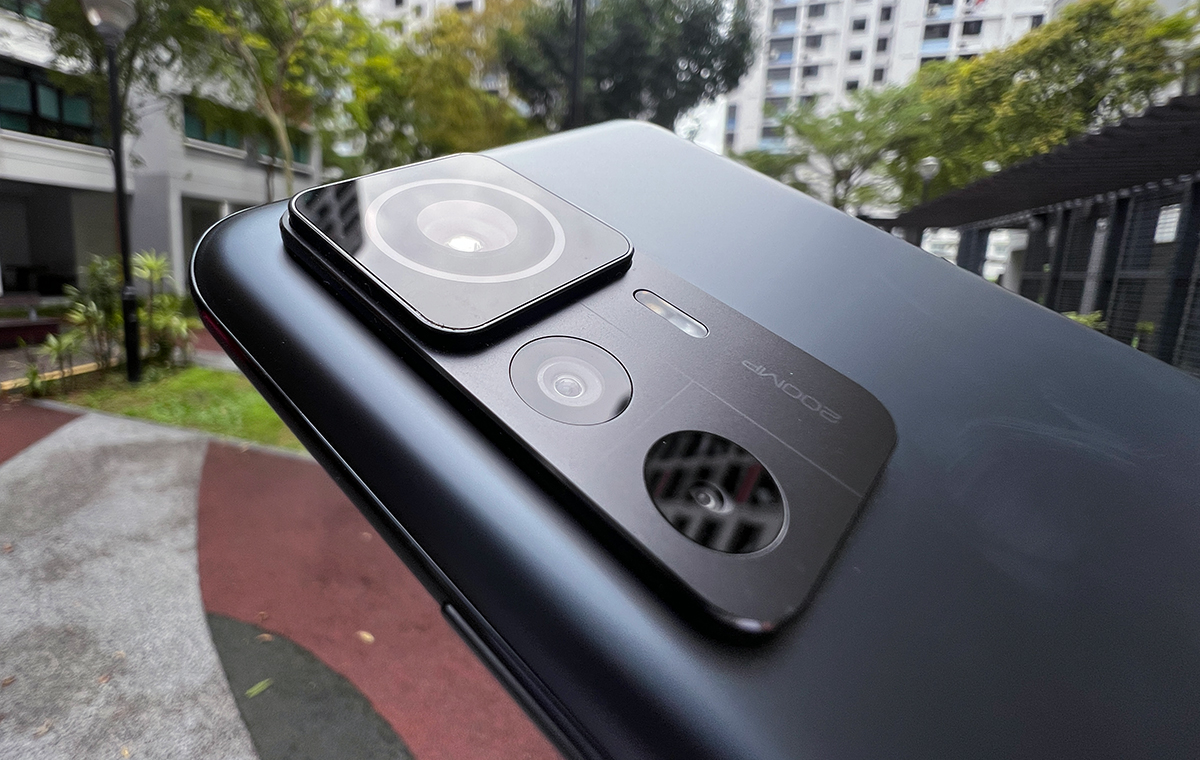 It’s quite hard to ignore the 200MP claim on the sensor, and there’s actually a little more than numbers behind it. Here are the specs for reference.

Generally speaking, Xiaomi’s camera combination covers enough shooting scenarios (like ultra-wide and macro), but it’s the 200MP one that has more than meets the eye. 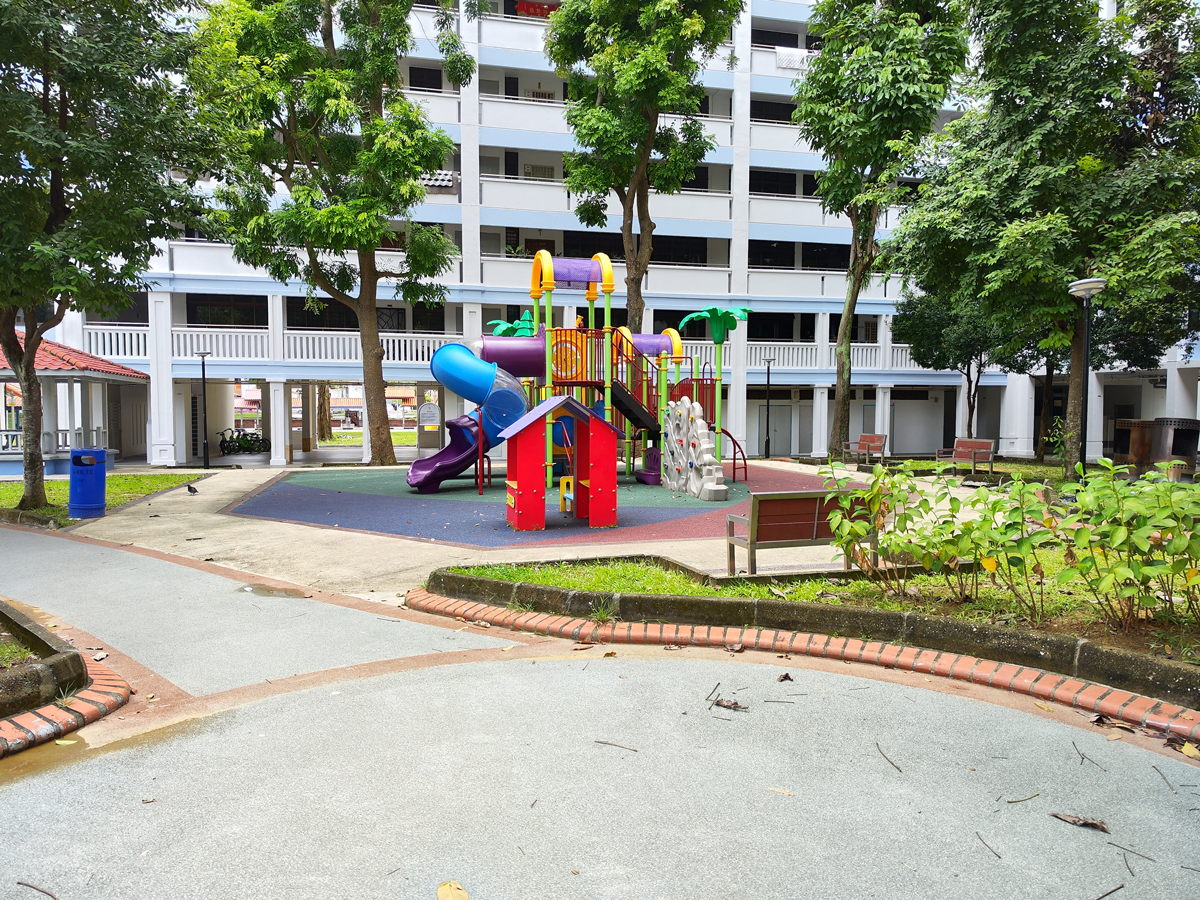 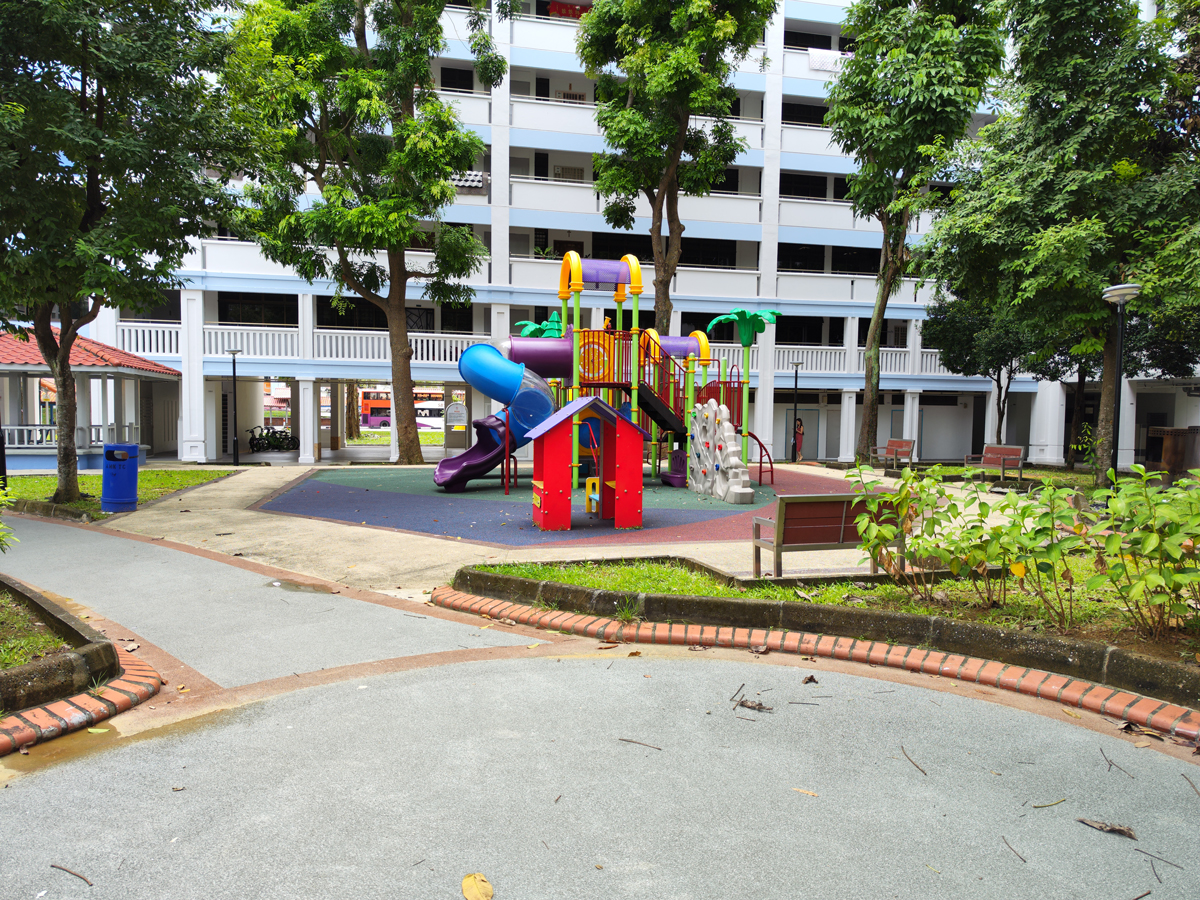 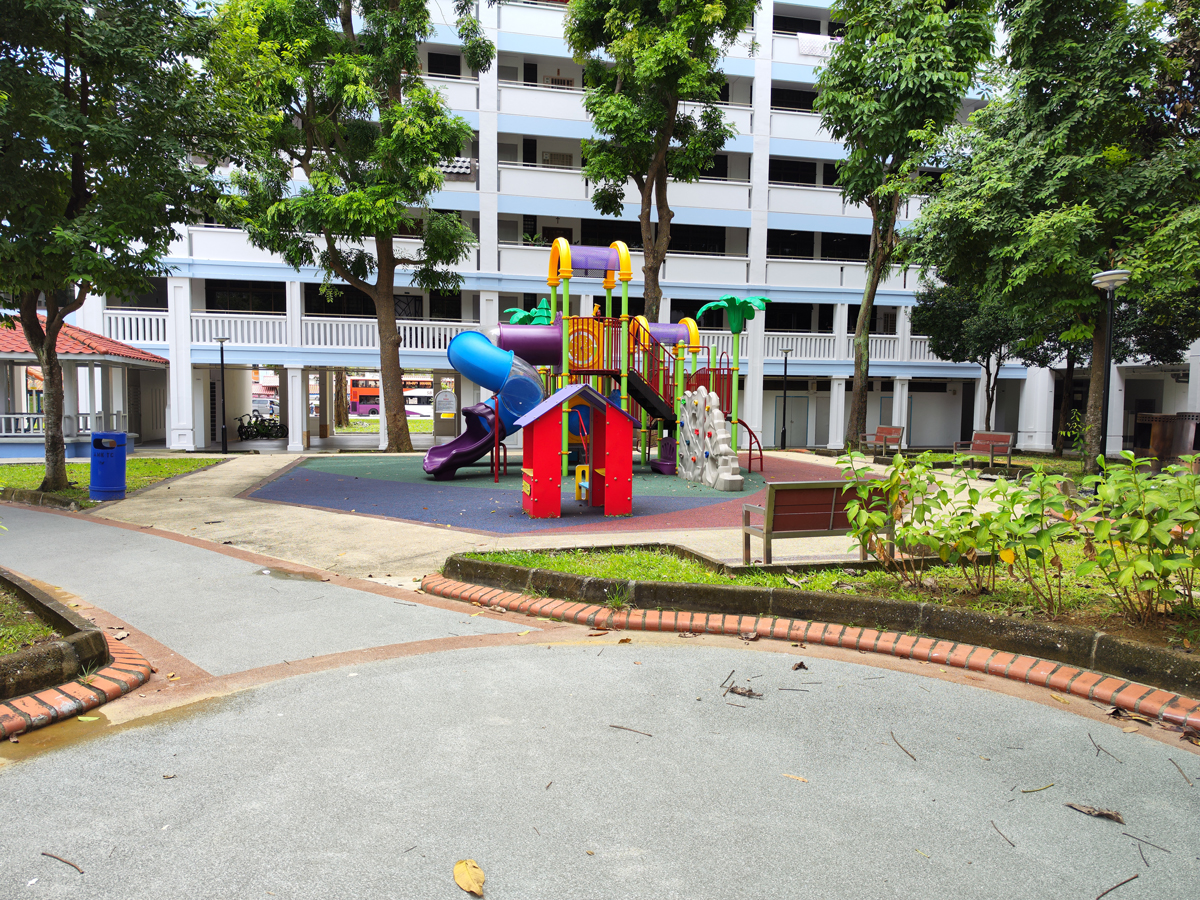 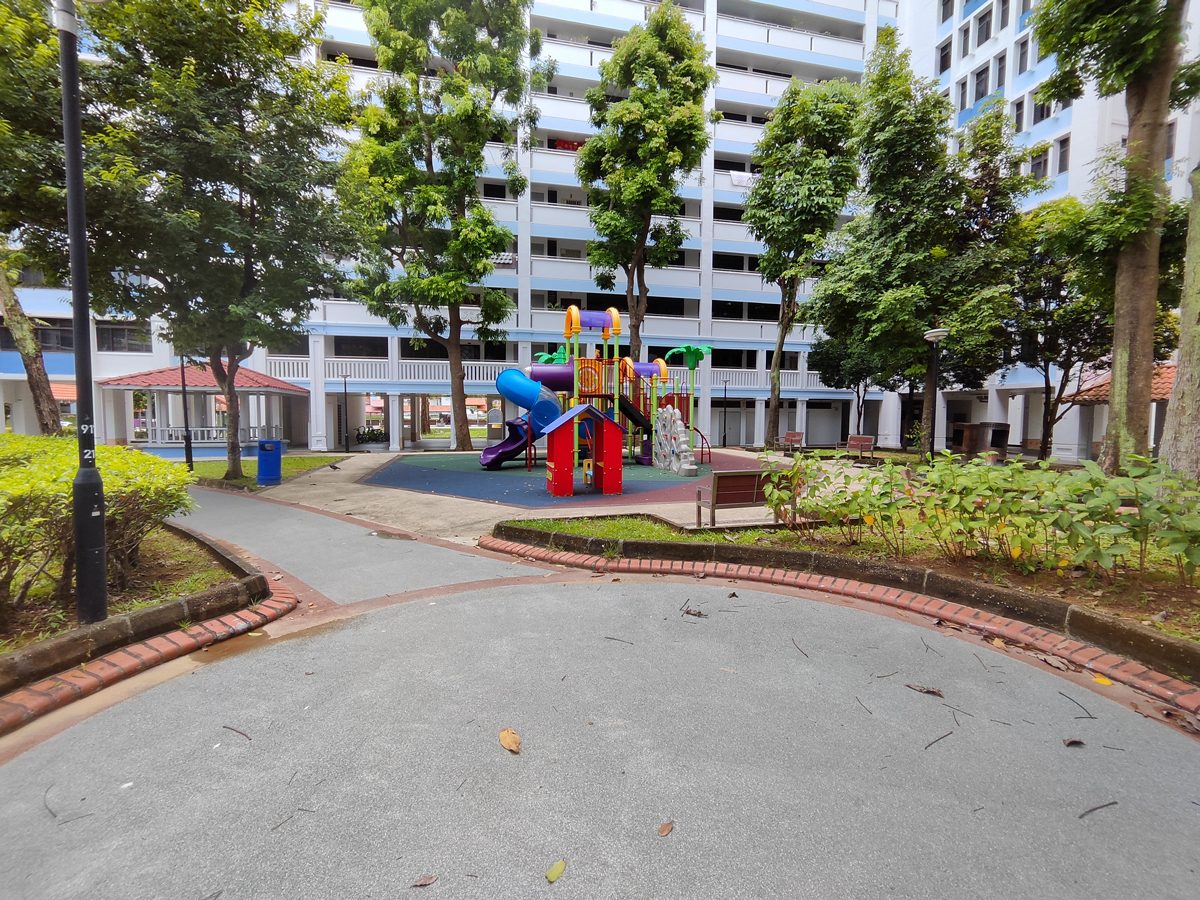 To maximise the 200MP sensor’s utility, Xiaomi 12T Pro uses pixel binning, a technique that combines adjacent pixels on the sensor to form a larger pixel that can offer brighter resulting images. You could opt for extremely high-res 200MP images (which can be up to 70MB per image), or rely on its default 16-in-1 binning technique for regularly-sized and reasonably-lit 12MP photos.

Of course, a full 200MP is practical only if you intend to print poster-sized versions of these shots. The default 16-in-1 technique is more practical and it offers better management in colour dynamics and detail retention.

Also, finding the 200MP photo-taking feature is not intuitive. It's hidden inside default Camera app, under the “More” tab, which actually triggers 50MP shooting first. You'll have to go  further to tap “200MP” in the top-left corner of your viewfinder. This is just one of the few examples of perplexing UI choices, so Xiaomi loses points (again) on user-friendliness. 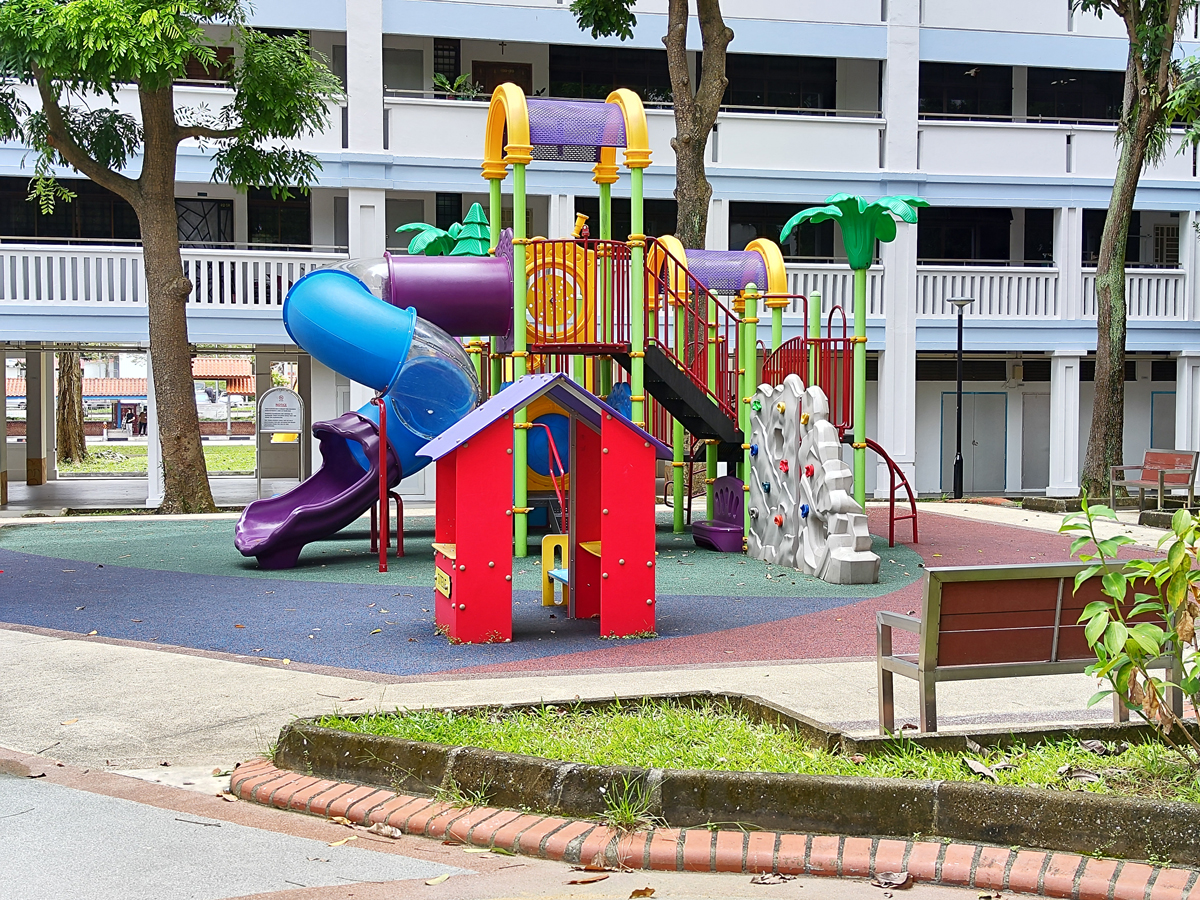 Another perk of the 12T Pro is “2x in-sensor zoom”.  It takes imagery from the middle 50% of its high-megapixel sensor to create a “zoomed-in” photo without using conventional digital zoom manipulation or corrective software. This method is becoming increasingly popular with new phones in the same style as the iPhone 14's 2x telephoto zoom.

The upside is not having typical detail and noise problems generated from traditional digital zoom. The downside is – obviously – not using the full sensor to capture your image. From our samples, the 12T Pro takes reasonably clear and well-coloured photos, but it doesn’t quite have the same colour dynamics or contrast management that’s usually provided by the phone’s software. 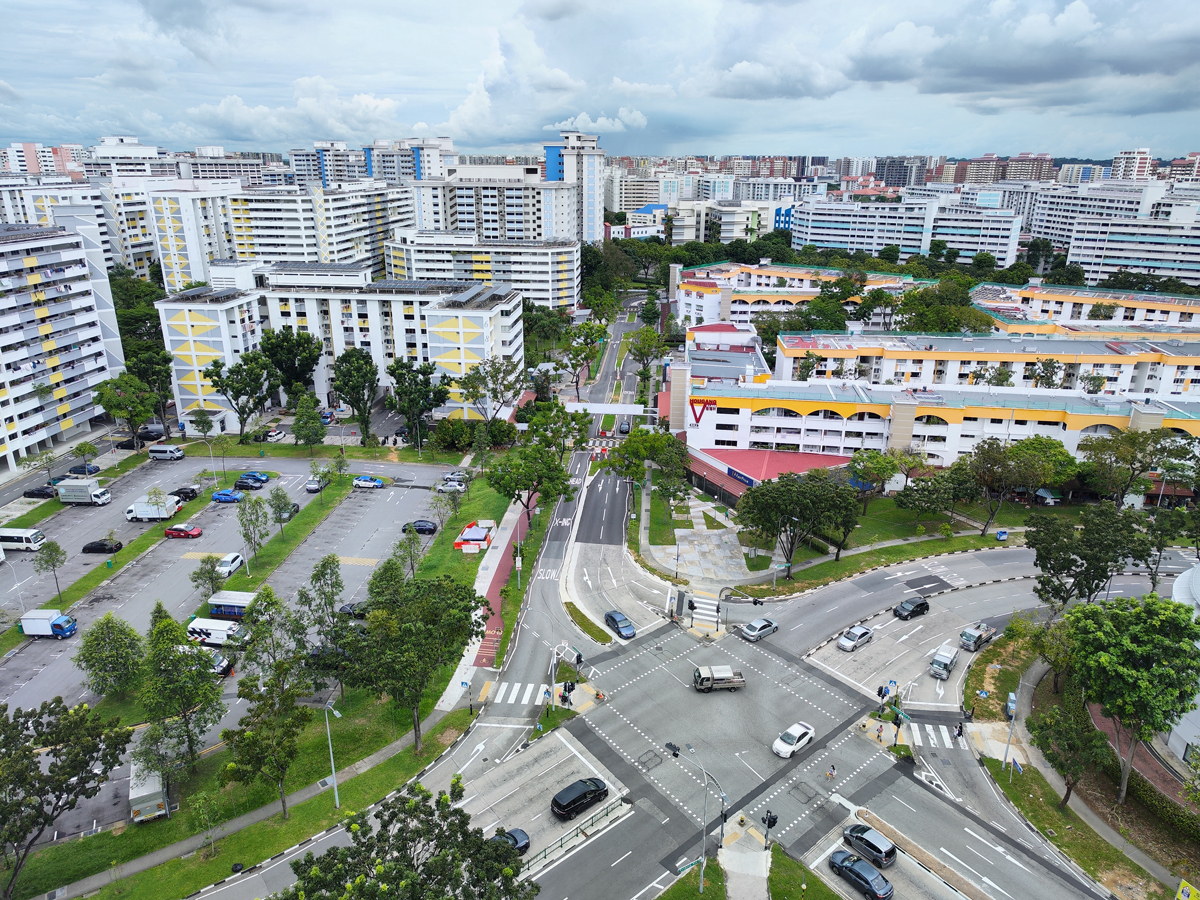 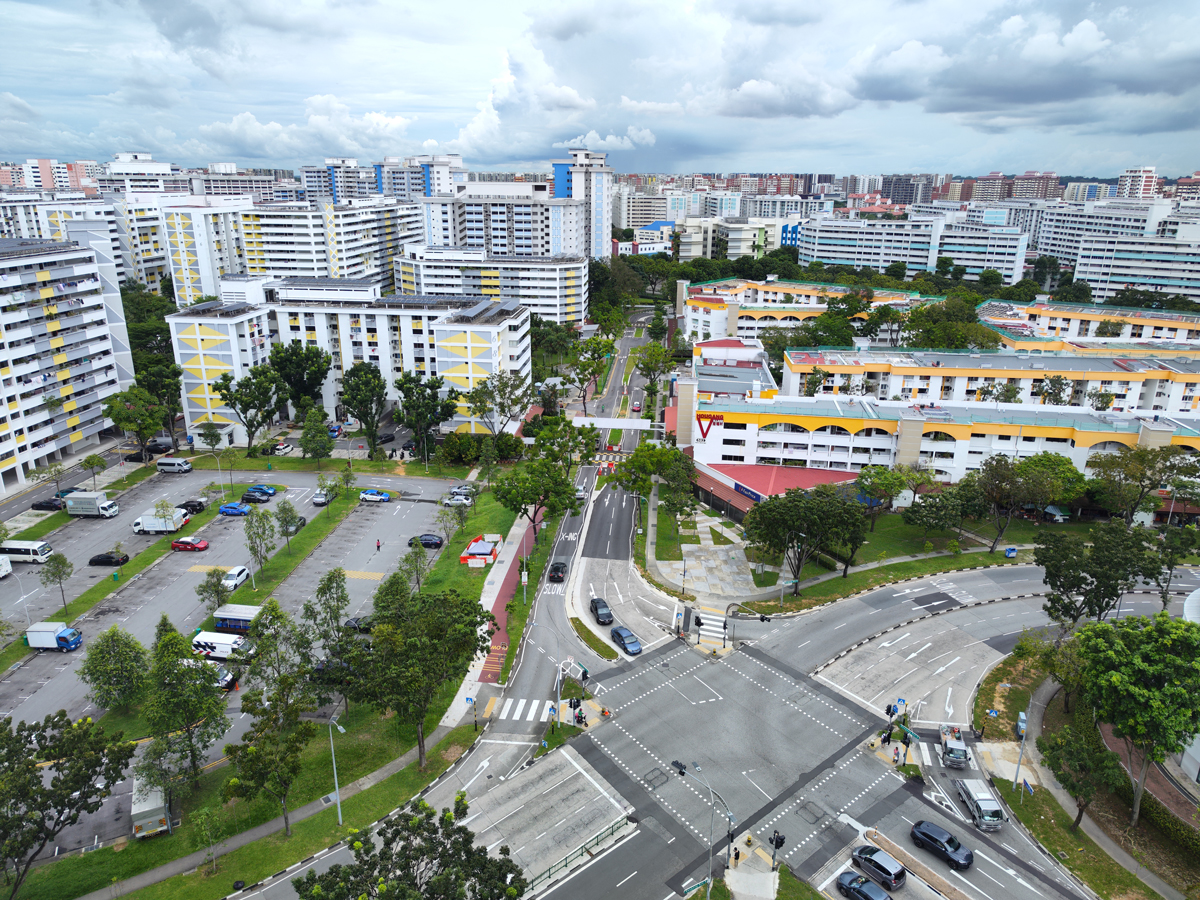 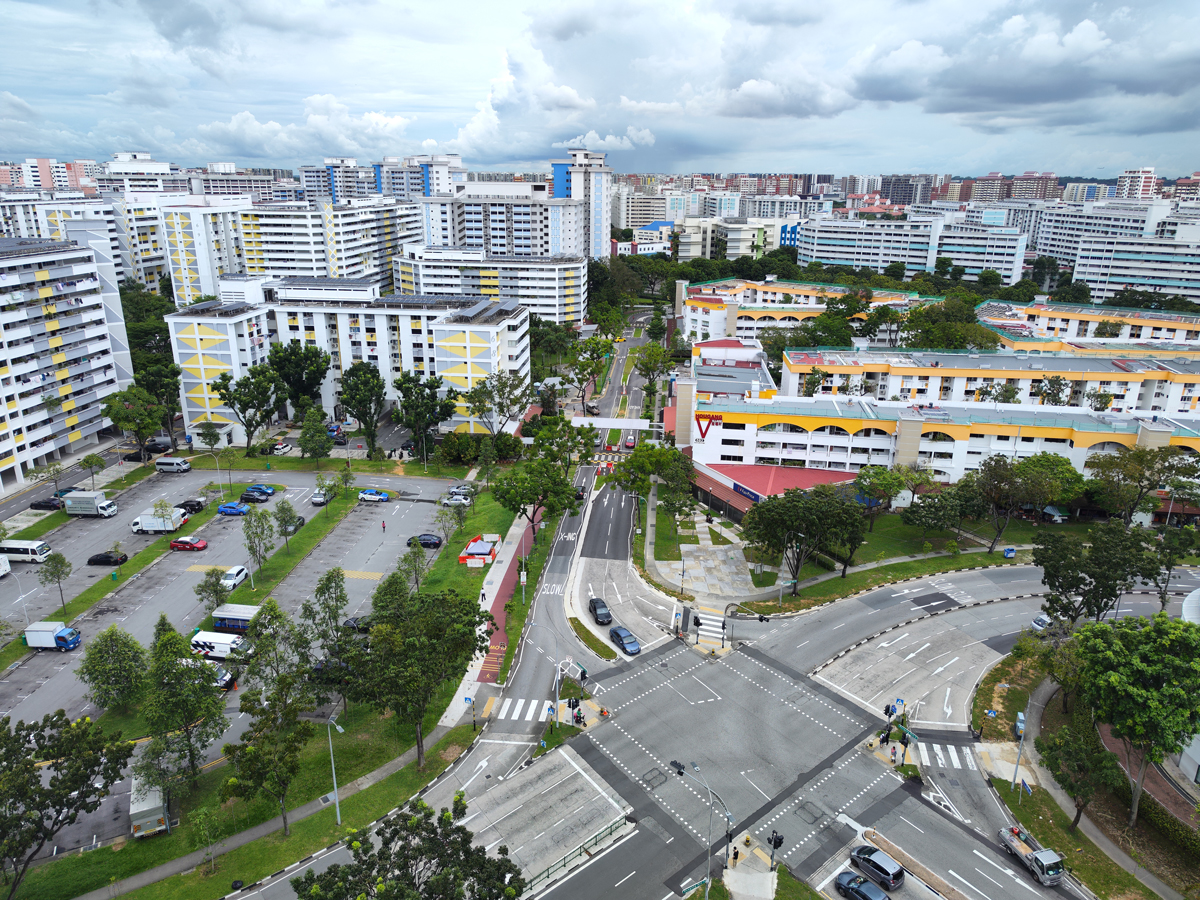 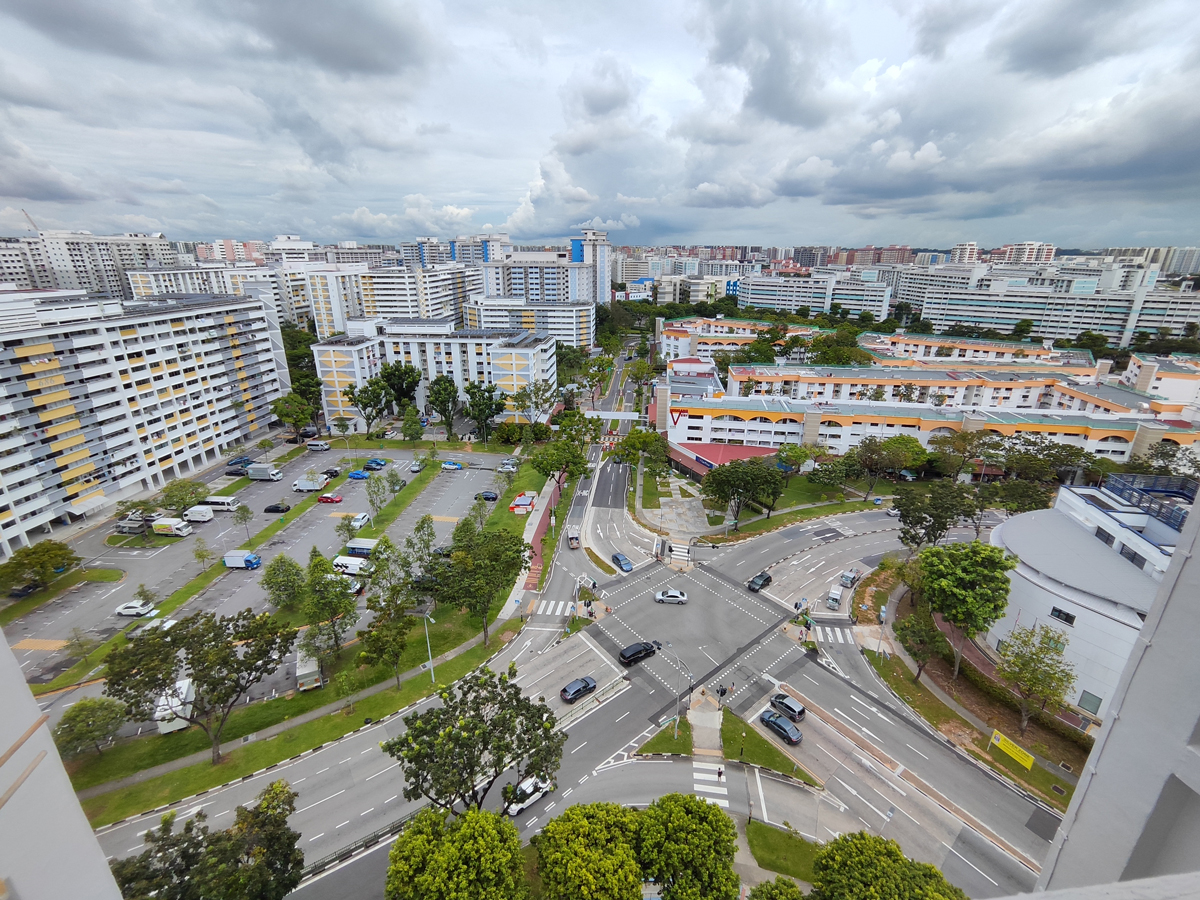 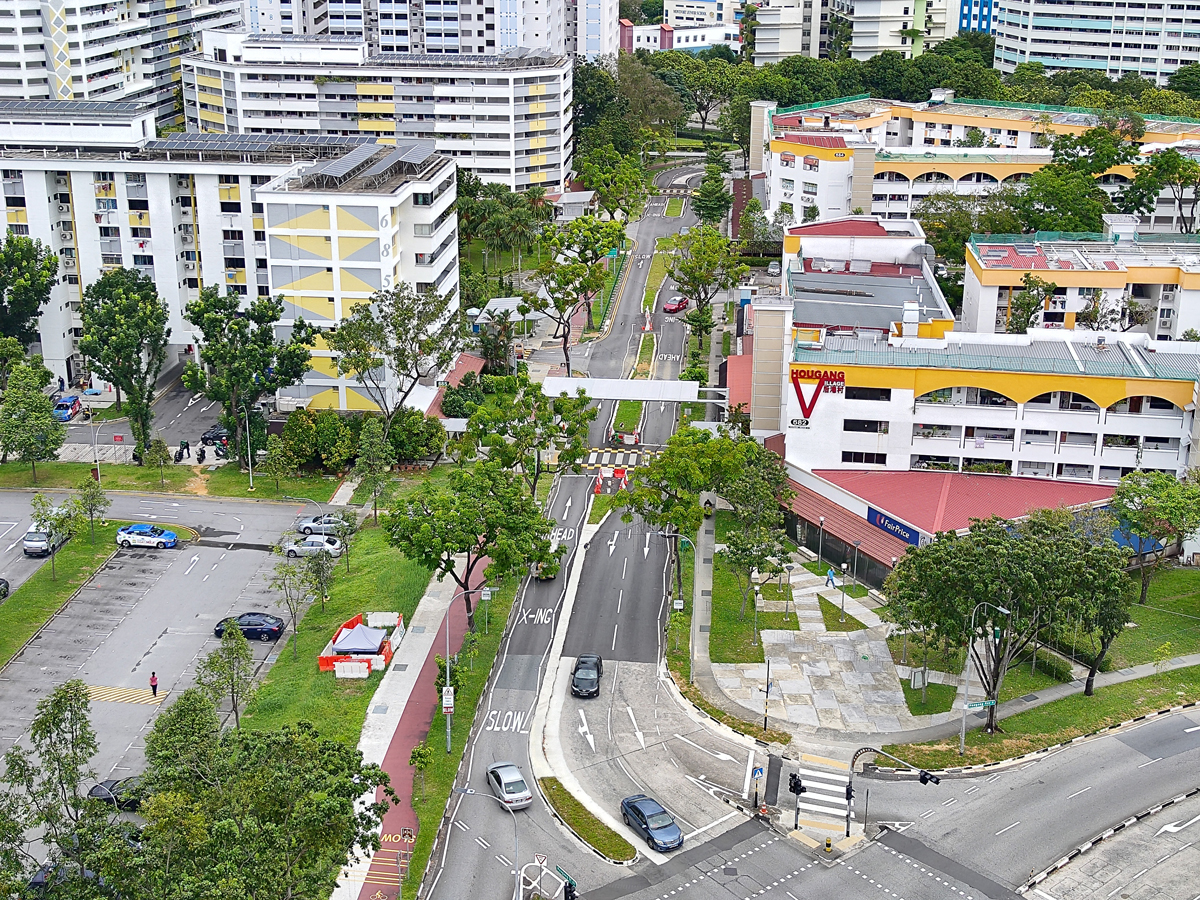 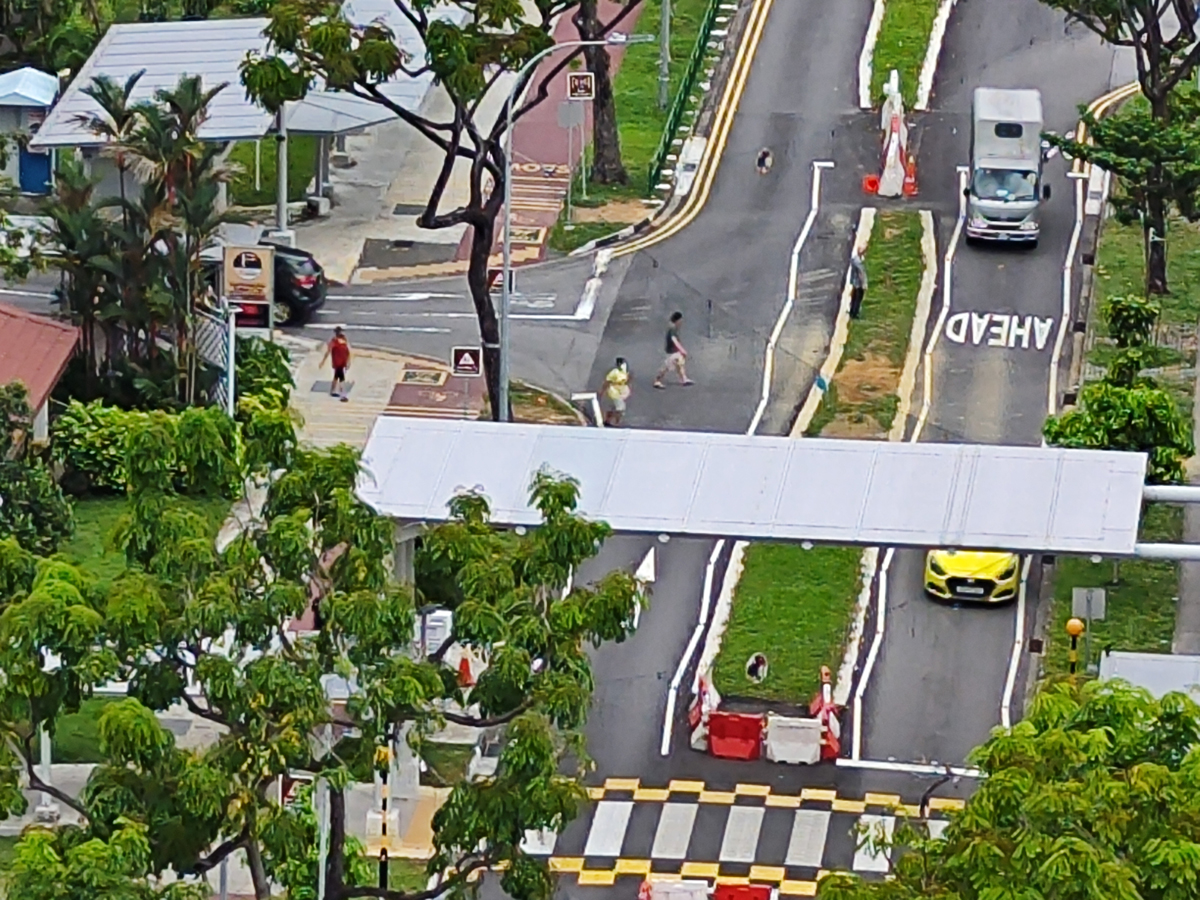 The 12T Pro's main camera's 16-in-1 pixel-binned shots are excellent for casual use. It doesn’t win at creating life-like images, but they are ready for uploading to social media straight from the Gallery app. The overall imaging package also satisfies common shooting needs, making the Xiaomi 12T Pro an easy choice for an average photo taker who needs practical function over pro-level accuracy. If you want to create poster-sized prints via your photography chops and have the skills to post-process these images, Xiaomi’s 200MP camera is also an affordable way to go. Impressive marketing numbers aside, there are niche, yet practical uses for the 12T Pro’s main camera.

Write a Review
Compare This | Specifications
Good screen
Top-end processor
Insanely speedy charging
Decent battery uptime
Good value for money
Average design
No wireless charging
IP53-rated vs IP68 alternatives (if it matters to you)
Our articles may contain affiliate links. If you buy through these links, we may earn a small commission.
Sponsored Links