Apple hikes prices of products in Japan by as much as 25%, unlikely to happen in Singapore (for now)
Product Listing
AcerAlcatelAppleASUSBang & OlufsenBlackBerryDellElephoneGarmin-AsusGooglehonorHPHTCHuaweii-mateINQLEAGOOLenovoLGMicrosoftMotorolaMWgNokiaO+O2OnePlusOppoPalmPhicommPrimo Mobile RealmeSamsungSonySony EricssonVertuViewsonicVivoXiaomiYotaPhoneZTE 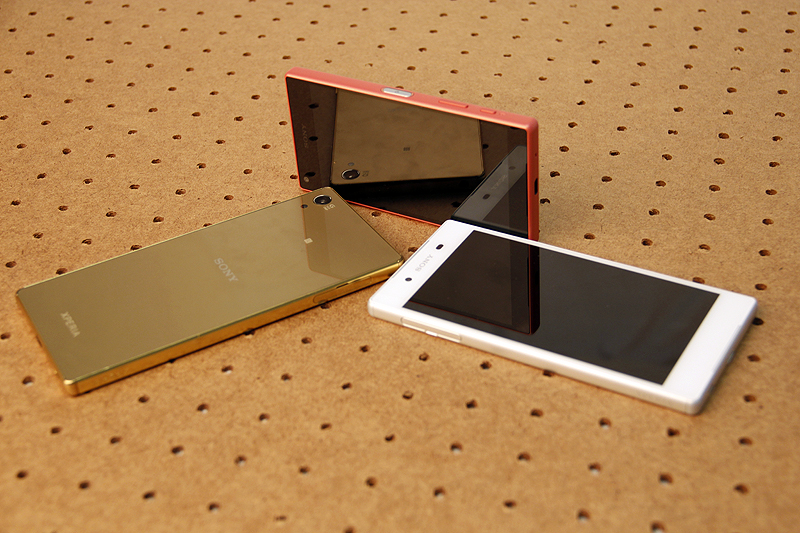 Sony updates its flagship smartphones rather frequently. The most recent additions to the range, the Xperia Z5 phones were available just barely four months after the Xperia Z3+'s local launch (the Z3+ is also known as the Xperia Z4 in Japan). On paper, the Sony Xperia Z5 has similar specifications to the Xperia Z3+. What’s new to the Xperia Z5 is a completely revamped rear camera – with 23-megapixels and 0.03-second hybrid AutoFocus and a built-in fingerprint sensor is now incorporated into the power button.

Besides the 5.2-inch Z5, there’s also the larger Z5 Premium (5.5-inches) and the smaller Z5 Compact (4.6-inches). All three are powered by the same Qualcomm Snapdragon 810 quad-core processor. The Z5 Premium also comes with a ridiculous 4K resolution display and a significantly larger battery capacity, while the smaller Z5 Compact has an HD resolution display, only 2GB RAM, and a smaller battery. 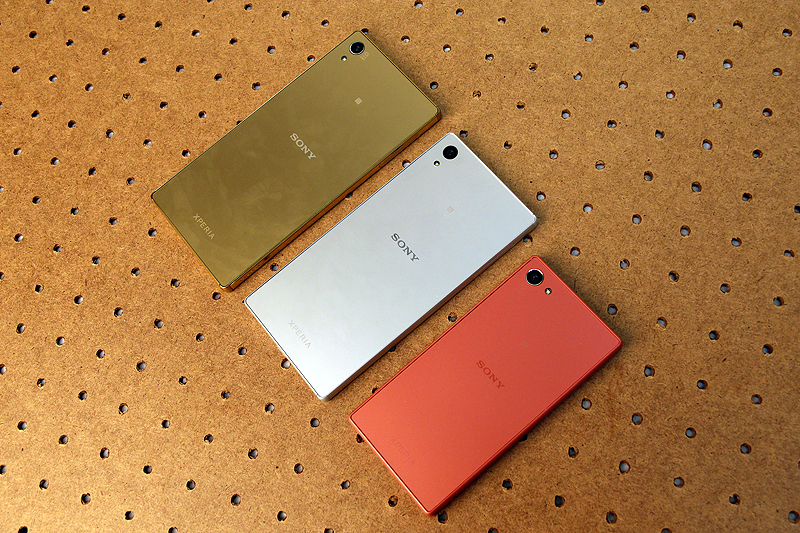 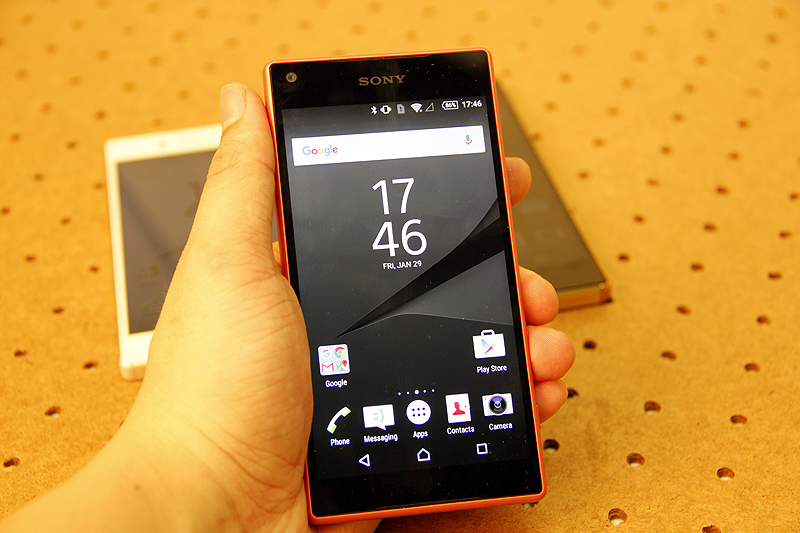 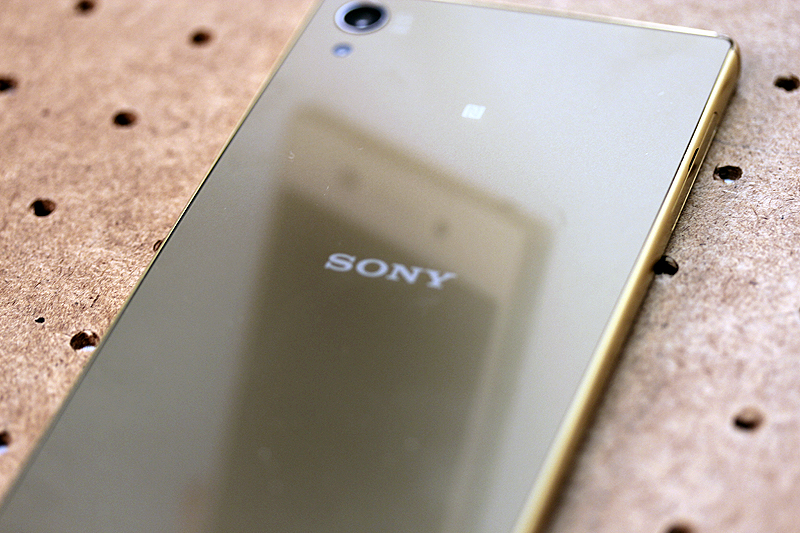 All three phones follow Sony’s minimalistic design language that has persisted throughout the Xperia Z series. However, they still have some elements that differ from their predecessors – the Z5 and Z5 Compact devices now sport a frosted glass rear, while the Z5 Premium features a glossy fingerprint magnet. The new versions also depart from their raised display feel. All three phones have a thicker metallic rim, resulting in a display that sits slightly deeper inside the phone’s monolithic form. This change makes the smartphones feel friendlier to the touch.

The signature round, silver power button is also gone, replaced with a larger, oblong-shaped power button, which sits slightly deeper within the phone’s rim. These minor changes also make the Z5 phones slightly thicker than their predecessors. The Xperia Z3+ is just 6.9mm thin, while the Z5 Compact, Z5, and Z5 Premium are 8.9mm, 7.3mm, and 7.8mm thin respectively. 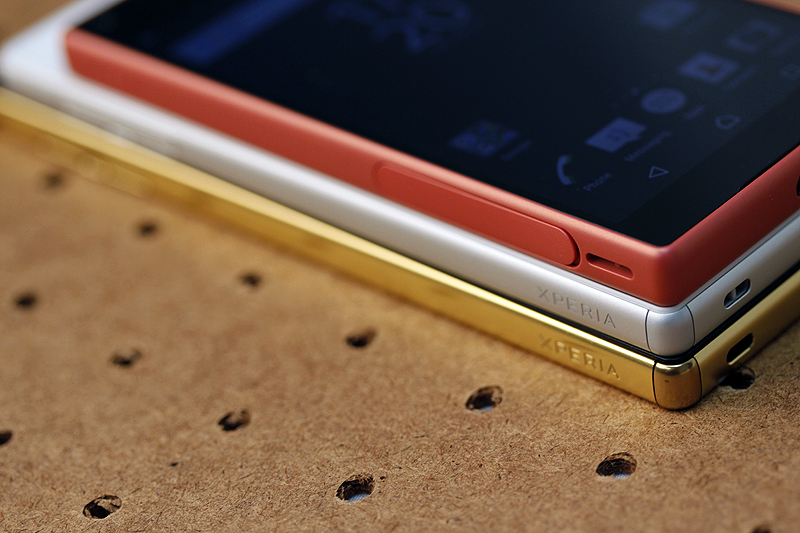 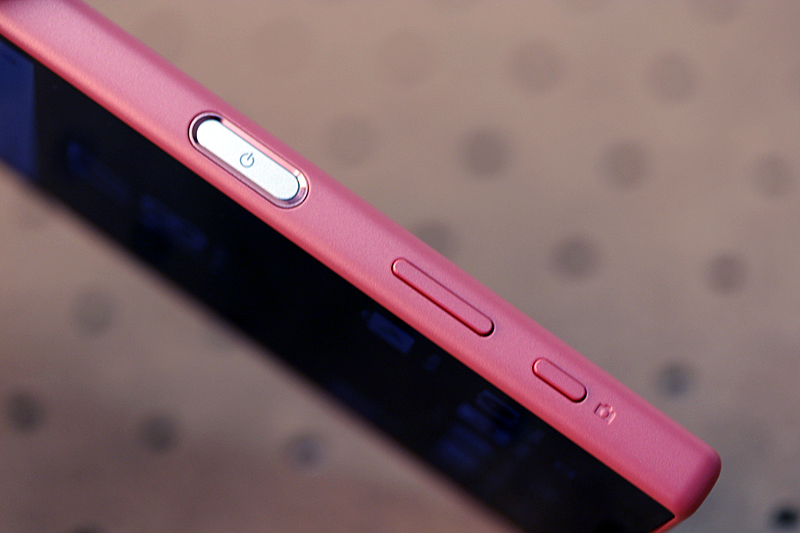 The combination of thicker phone bodies and raised rims gives the Xperia Z5 series a different grip feel when compared to their less palm-friendly predecessors. The edges feel secure in hand, while it retains the cold and smooth glass texture that highlights the premium build quality of the Xperia Z smartphones. The fingerprint scanner on the power button (located on the right edge) is particularly useful as it allows you to rest your thumb on the button before it’s out of your pocket, so you can swiftly unlock the phone by the time you’re facing the screen. 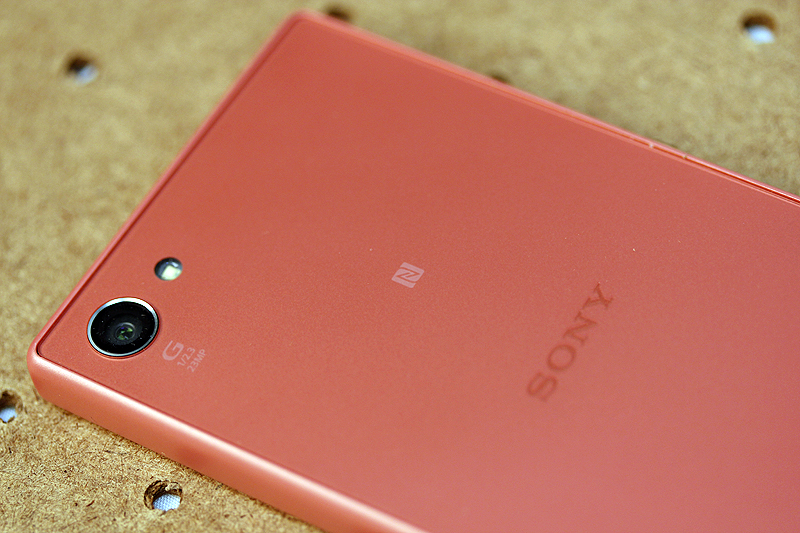 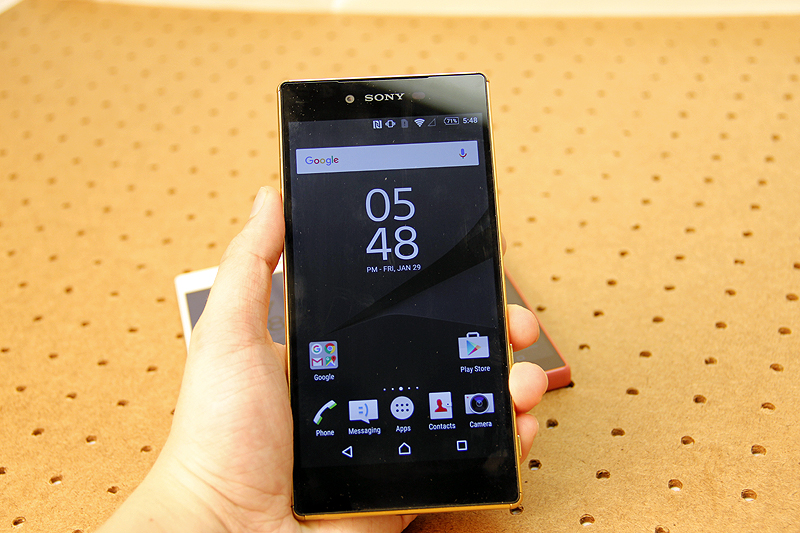 Beyond these changes, the Z5s’ main design language (dubbed OmniBalance) remains virtually unchanged since the first Xperia Z phone. While keeping its sexy signature look is fine, users upgrading from an old Xperia phone to the next version will probably feel like they are getting the same phone with the same stagnant look. One good feature they kept was the waterproof USB 2.0 port on the phones. The Xperia Z3+ boasted IP68 waterproofing without the need for a USB flap, and the Z5 phones keep the same flap-less design. 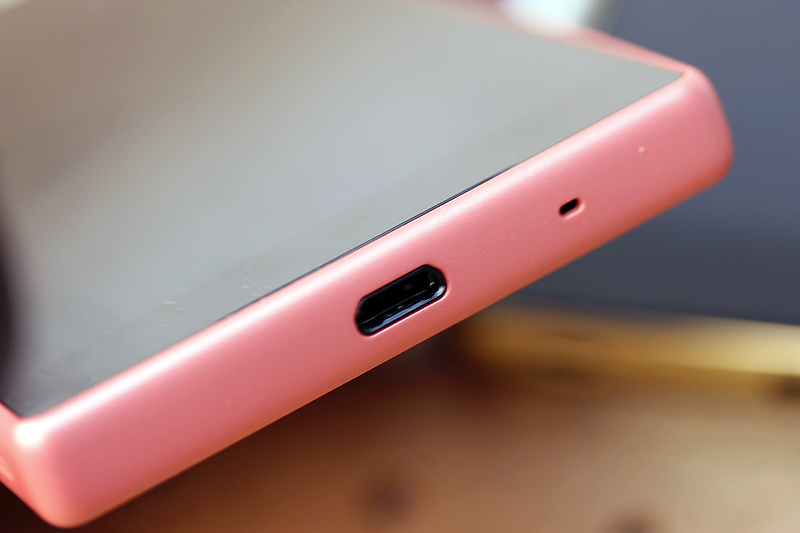 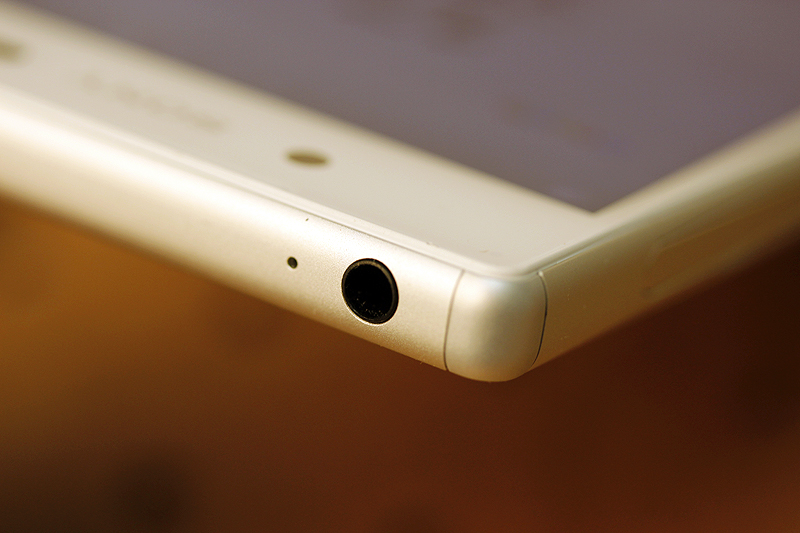