Note: This review was first published on 6 August 2020 and was updated on 7 Aug 2020, 11:15am, to include details of Sony's new firmware update that promises to address multi device connection issues.

It was updated again on 10 August 2020, 9:30pm, to include new details regarding codec support and drivers from Sony.

The latest update was on 19 Aug 2020, 11:30am, and it includes findings after updating the headphone with Sony's latest firmware. 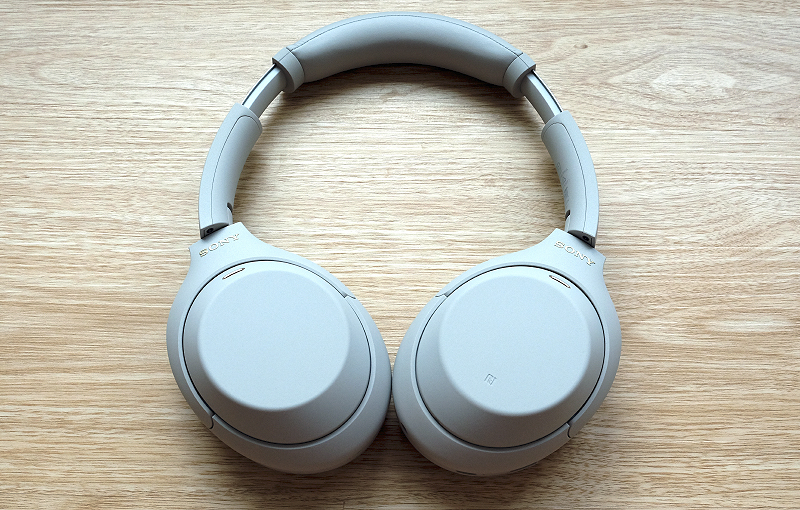 It was sometime in 2016 that Sony decided that enough is enough and decided to challenge Bose with the MDR-1000X. It was a revelation. Frequent travellers now have a headphone that they could take with them on flights that wasn’t a Bose – it was that good. It’s been four years since and Sony has just released a new model and it’s called – quite predictably – the WH-1000XM4. The title of this review has probably given the outcome away, but if you are interested to know more about what’s new and how is it better, scroll down and read on. 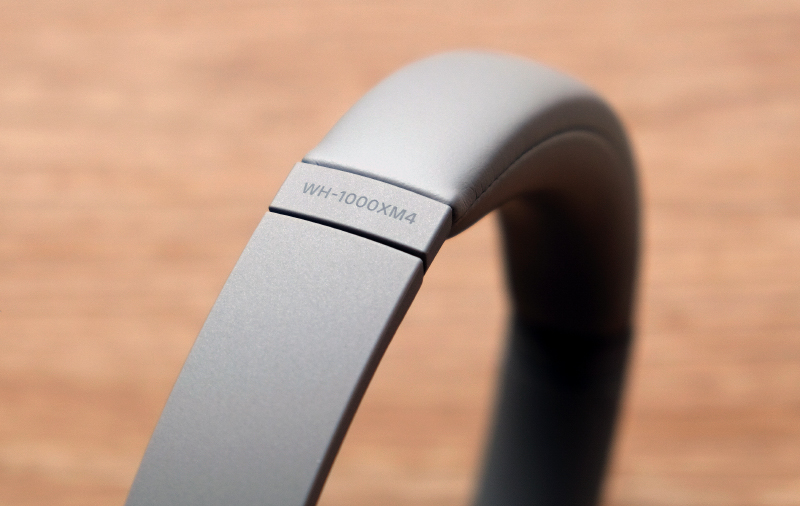 The WH-1000XM4 doesn’t look that much different from the model it replaces. This isn’t necessarily a bad thing because it just means Sony has found a design that works and stuck with it. Sure, maybe it doesn’t look as modern and stylish as the Bose 700 but I don’t think it looks too bad at all. Like its predecessor, the WH-1000XM4 comes in two colourways: Black and Platinum Silver.

If anything, the padding on the headband and the earpads feel softer and plusher. Wearing comfort is therefore good, and so is the seal. However, the downside to this is that the WH-1000XM4 can be quite warm to wear especially in our tropical climate. It’s not a problem if you have the air-conditioning turned on or if you have a fan blowing at you.

Buttons and ports are unchanged. On the left ear cup is the power button and a configurable “Custom” button, which, by default, is used to switch between your noise-cancelling and ambient sound modes. You can change it to activate Google Assistant or Amazon Alexa. The buttons are large and easy to locate.

On the right ear cup is a USB-C port. Sadly, you still can’t output digitally to the headphone via the USB-C port. It’s used solely for charging. Battery life, when used wirelessly, is 30 hours with noise-cancelling on and 38 hours without noise-cancelling – identical to the WH-1000XM3. That’s entirely believable. I have been clocking between 5 to 6 hours of daily use and I only had to charge on day five. If you are out of juice, there’s a quick charging function that gives you up to 5 hours of playback from 10 minutes of charging. A full charge from zero still takes a long time – over an hour. But let’s say you are out of juice and there’s no charger to be found, you can still use the headphone passively with wires – you just lose active noise-cancellation. 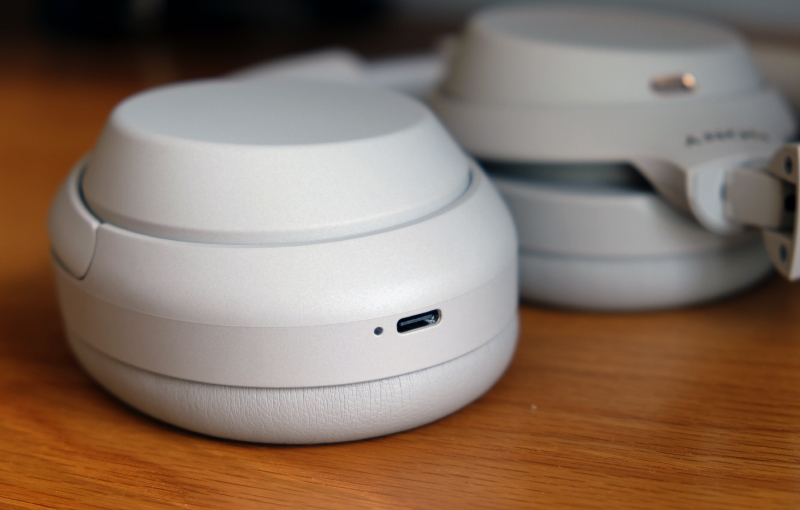 There are also touch controls on the right ear cup. Swipe up and down to adjust volume, double-tap to control playback, and swipe forwards and back to change tracks. I’m never fond of touch controls because I always found them to be unreliable and people around you will wonder why are you caressing your headphone. That said, it seems like Sony has improved them on the WH-1000XM4 because my success rate is higher.

Speaking of which, one of the things that I like about Sony’s headphones is the voice prompts. When it connects to your source device, the WH-1000XM4 literally announces it to you by playing “Bluetooth Connected”. Switch to active noise-cancelling and it says “Noise-Cancelling.” Turn on the noise-cancelling optimiser and it announces yet again, “Optimiser, start.” It even tells you the percentage of battery life is left. It’s infinitely more helpful than the ambiguous dings and dongs used by some of Sony’s rivals. You can even download language packs and change the language of these voice prompts. A Sony headphone should be in Japanese right? 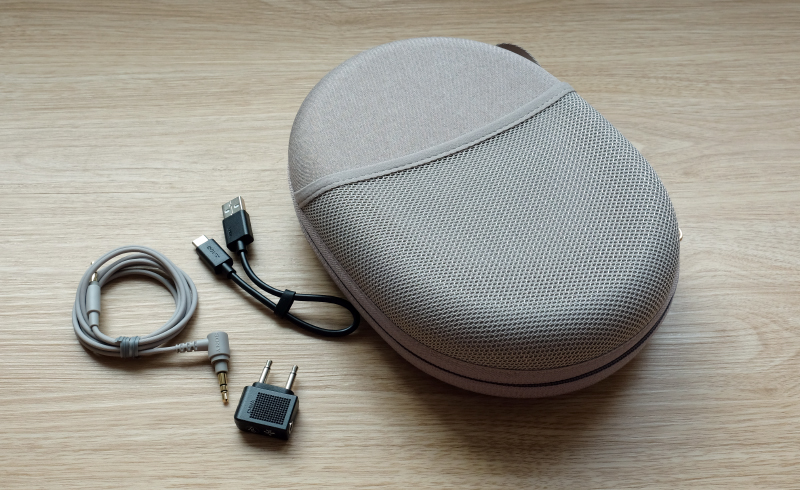 As for portability, the WH-1000XM4 folds flat like its predecessor and stows away neatly in the provided carrying case. I won’t call it super compact but it isn’t overly bulky either. Inside the carrying case, Sony provides an airline adapter, a USB-A to USB-C charging cable, and a 1.2 metre long 3.5mm to 3.5mm audio cable.

Inside the WH-1000XM4 is the same HD Noise Cancelling Processor QN1, but it’s now paired with a new Bluetooth Audio SoC. This new Bluetooth Audio SoC supports Bluetooth 5.0 and according to Sony samples music and noise at over 700 times a second, allowing the QN1 noise-cancelling processor to work more effectively. The higher sampling rate is crucial because Sony says it allows the WH-1000XM4 to be more effective at nullifying higher frequency sounds like human conversation. I’ll talk about its performance later. 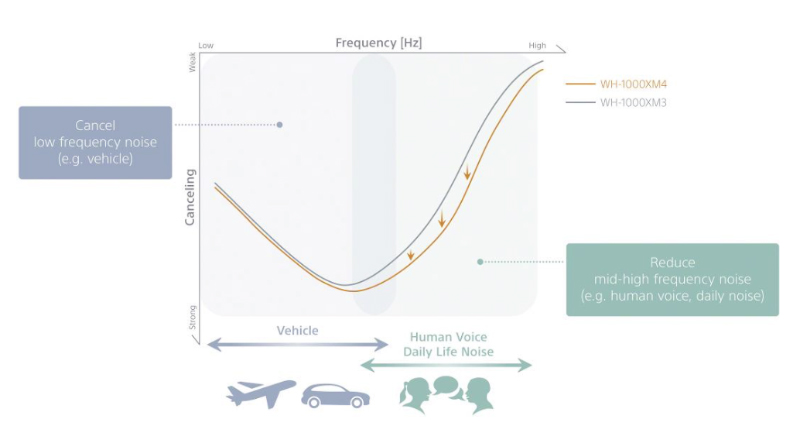 The new Bluetooth Audio SoC supports Bluetooth 5.0 and, more crucially, the ability to connect to two devices simultaneously. The headphone is supposed to be able to switch quickly between the two devices and is clever enough to switch to the correct device if a call comes in. That all sounds very good but I never really got it to work. If I was listening on my Mac and a call came in on my iPhone, I would have to manually select the WH-1000XM4 as my audio output device on my iPhone to take the call with the headphone. Fortunately, this isn’t a huge issue since Mac users with iPhones can configure their Macs to take calls on their iPhones. Maybe this was what’s tripping the headphones up. That said, the headphone did readily switch between devices for music and videos.

*Update on 7 Aug 2020, 11:15am* – Sony has just announced that it will be delivering a firmware update that will address the WH-1000XM4 multi device connection issues. I will be testing it out and will report back with my findings.

*Update on 19 Aug 2020, 11:45am* – The firmware update has massively improved the speed at which the WH-1000XM4 switches between devices. It now switches very quickly and seamlessly. However, I still experienced problems with calls. If I'm on my Mac, the headphone would switch to my phone when a call came in. But after accepting the call, the headphone would sometimes switch back to my Mac. I had to manually select the WH-1000XM4 as my audio output device if I wanted to take the call with the headphone. Fortunately, this can be done quickly. 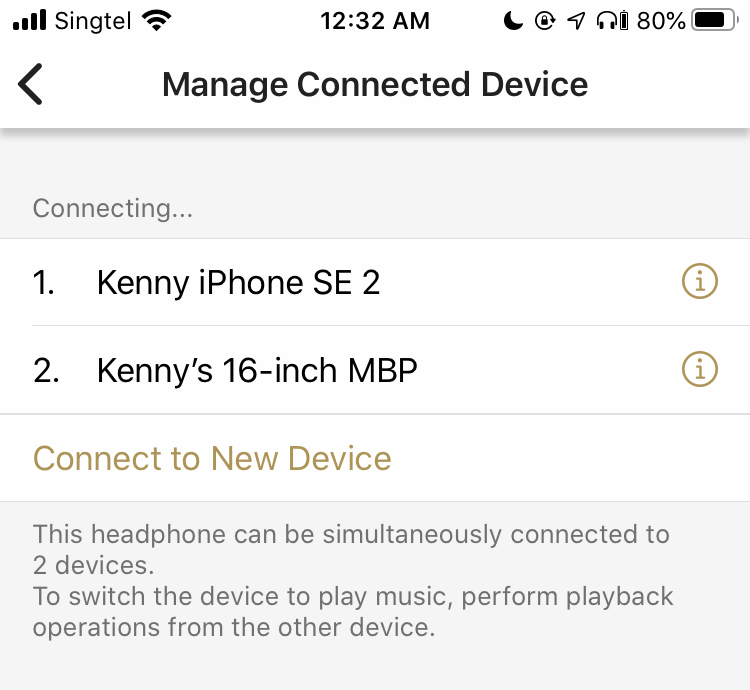 Moving on, the WH-1000XM4 has a host of what is commonly known today as quality-of-life updates that make it easier and more convenient to use. Key amongst them is the new “Speak-to-Chat” feature. When it’s turned on, the headphone will automatically stop your music and turn on the ambient sound mode to let you hear yourself and the environment. The idea is to let you quickly have conversations without having to do anything but speak. It’s a convenient feature but I feel that it takes too long for music to resume playback. You can adjust the time but the minimum setting is 15 seconds, which I feel is still a tad too long.

Maybe I’m just impatient but I prefer to take control with the Quick Attention mode, which has always been one of my favourite features of this headphone. Cover the right ear cup and the headphone drops the volume of your music and goes into ambient sound mode to let you hear yourself and your surroundings, allowing you to have quick conversations. 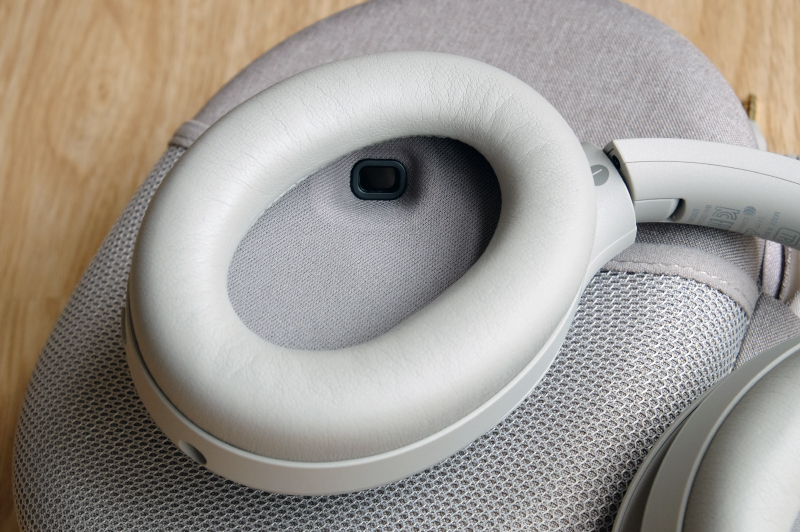 There’s also a proximity sensor and two accelerometers that enable wear detection. Take the WH-1000XM4 off and it automatically stops playback to save power. Put them back on and it starts playing again. I noticed, however, that this only works if you remove the left ear cup because that’s where the proximity sensor. The headphone will continue playing if you remove the right ear cup but keep the left on. I can’t imagine many people who would wear their headphones like that, but hey, it’s worth mentioning right? 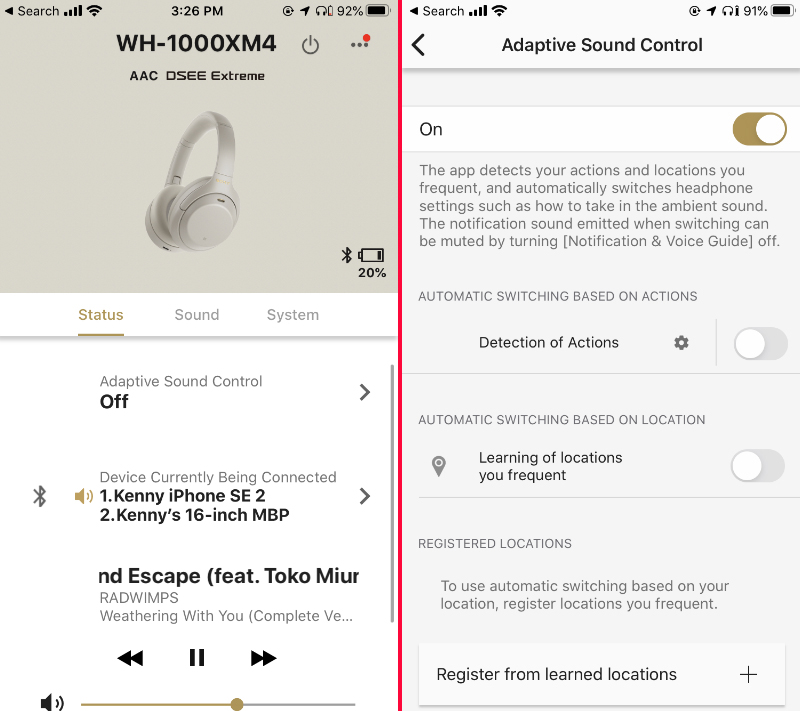 Making a return also is Adaptive Sound Control, which debuted on the WF-1000XM3. In this mode, the headphone detects your environment and automatically adjusts between noise-cancelling and ambient sound mode to suit. But there’s an added new feature here that allows you to save presets based on your locations. All of these abovementioned features can be managed and customised in the Headphone app (available on iOS and Android).

Write a Review
Compare This | Specifications
Superb noise-cancelling
Comfortable to wear
Can connect to two devices simultaneously
Supports all major codecs including LDAC
Incisive, authoritative, fun sound
Long battery life
Well-accessorised
Can sound a touch too lively
Can't accept digital inputs via USB-C
Takes a while fully charge
No support for aptX or aptX HD
Pricey
Our articles may contain affiliate links. If you buy through these links, we may earn a small commission.
Sponsored Links