The Gear Sport is a handsome smartwatch 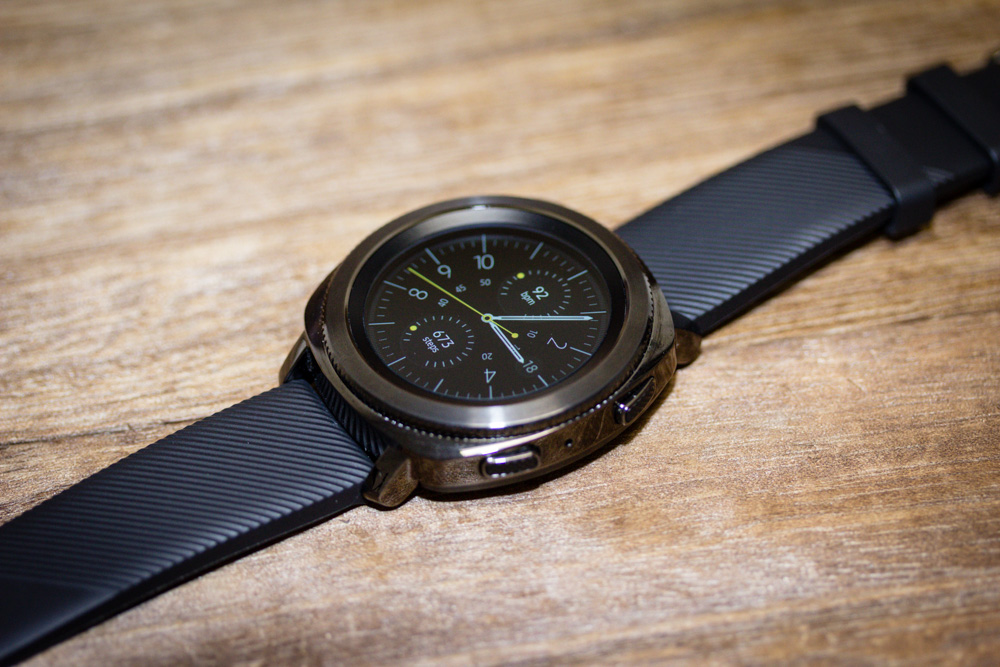 The price has been shaved as well. At S$448, the Gear Sport costs less than the Gear S3. The Gear S3 Frontier smartwatch with LTE retails at S$598, while the non-LTE Gear S3 retails at S$548.

The Gear Sport is a handsome smartwatch

The stainless steel body feels solid and well constructed. Its circular chassis looks more like a traditional watch than the squarish Apple Watch, which looks more like a computer on the wrist. The strap is comfortable, but the double keepers make it hard to put on.

The 1.2-inch AMOLED screen is one of the best things about the Gear Sport. The display is bright and crisp with vibrant colors. The screen turns off when you’re not looking at it, but you can turn on a ‘always on’ state that consumes more battery life. That’s how I use the Gear Sport and it lasts two days on average before I have to recharge it. 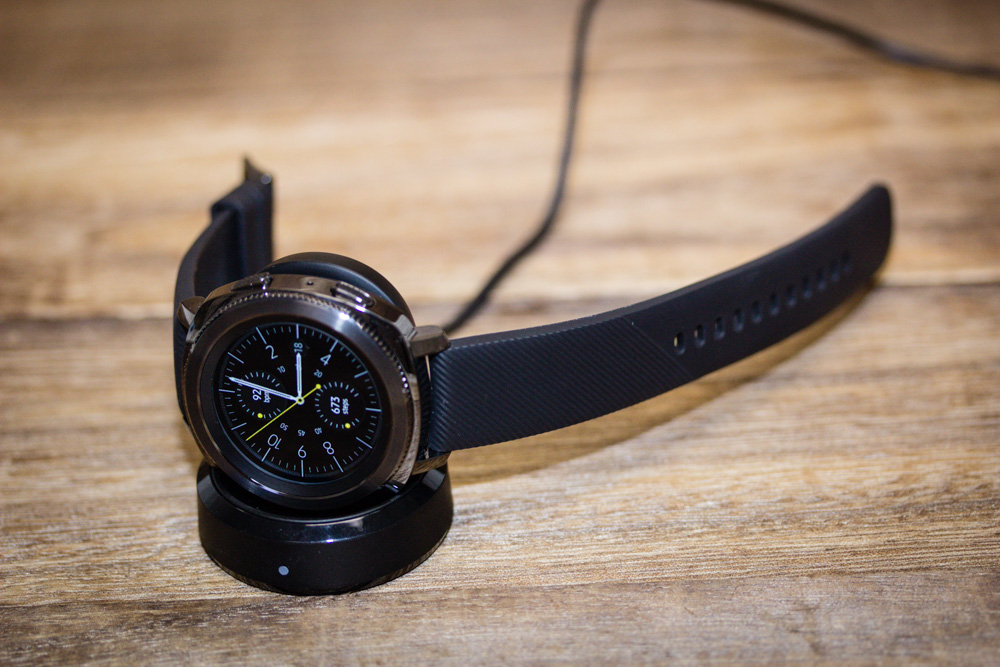 The Gear Sport is mostly easy to use 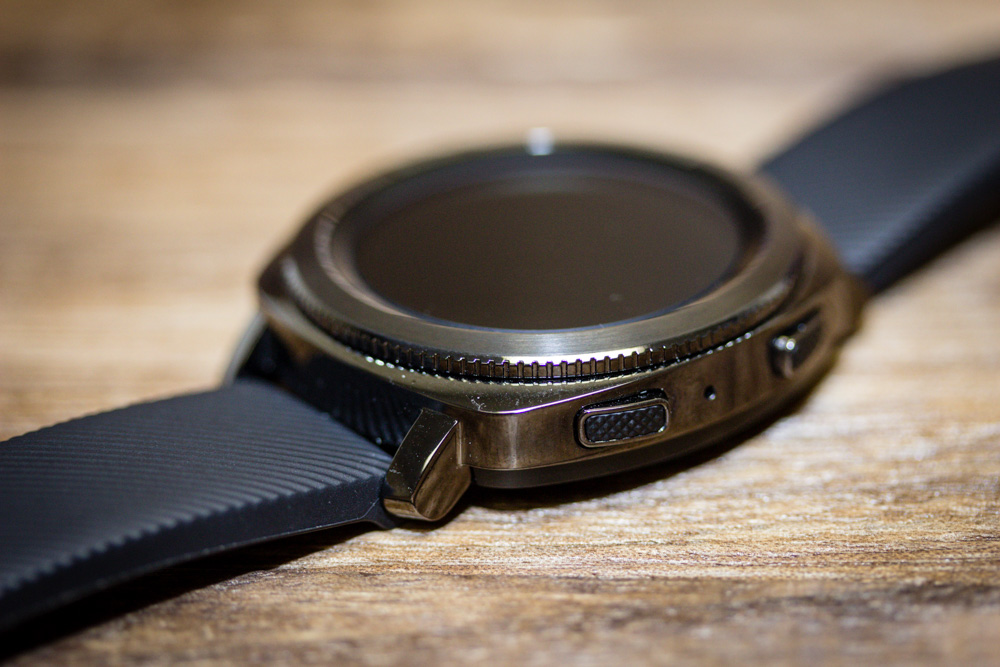 The Gear Sport is mostly easy to use, but you’ll occasionally bump against unpolished details that jolt you out of flow. You can interact with the Gear Sport via the touchscreen, or the two buttons (for Back and Home). You can speak to the S Voice digital assistant, which had mixed success recognizing my Singaporean accent.

You can also use the clever rotating bezel that was first introduced on the Gear S2. Turn the bezel left and you’ll see notifications (swiping right on the screen does the same thing). Turn right to scroll through a series of widgets, and see info like calories burned, heart rate, and calendar. Tap the Home button and you’ll go into the apps screen, turn the bezel to quickly scroll through your apps. 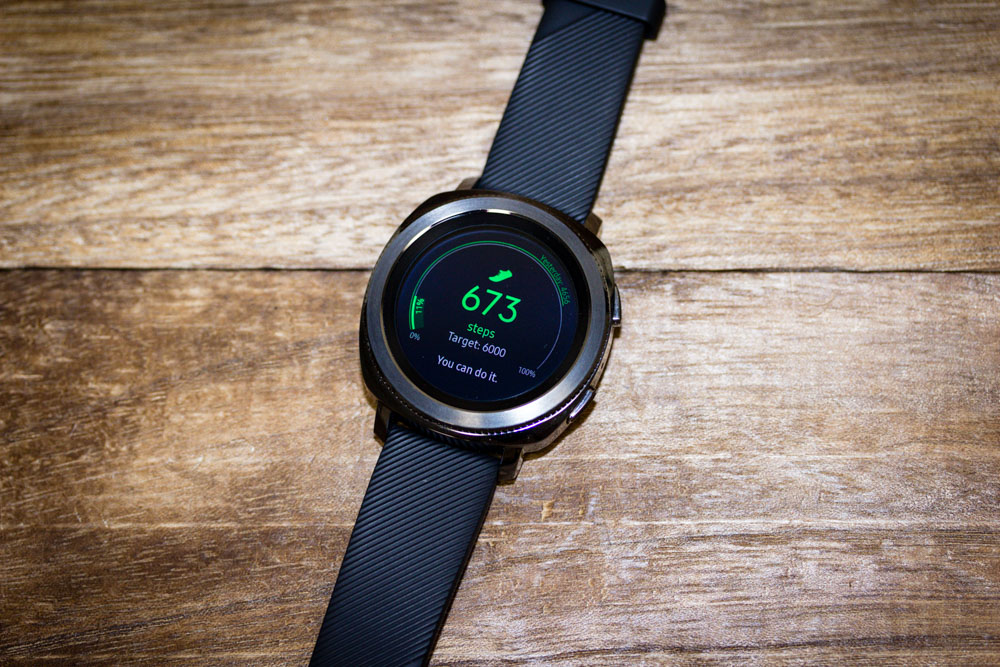 Changing watch faces is easy. You can do it either on the Gear Sport or in the Samsung Gear app; you can also buy third-party watch faces. It’s fun to have such a wide selection of watch faces. In contrast, the Apple Watch has a limited number of faces and no third-party ones at all. 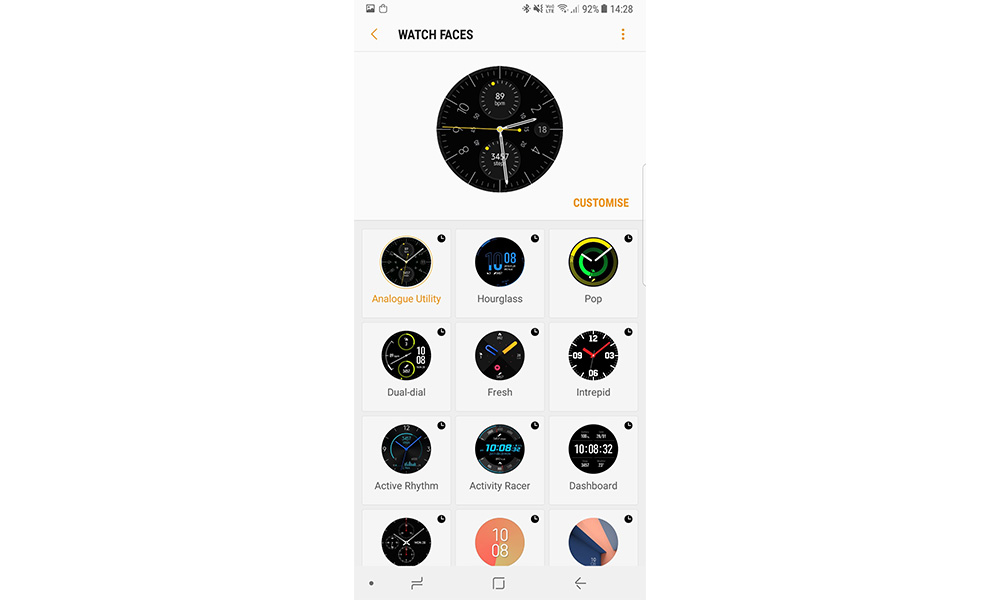 The Gear Sport runs Tizen OS, not Android Wear, and the Tizen app store is barren. Spotify, however, is on Tizen, and provides one of the Gear Sport’s best features. You can download Spotify playlists to the Gear Sport via Wi-Fi and listen to music without your phone. The Gear Sport has 4GB of internal storage, which can store about 500 songs.

The Gear Sport is responsive and using it is a mostly positive experience. But there are details that increase friction and reduce ease. For example, there’s no easy way to edit widgets in the Samsung Gear app. You’ll have to remove or re-arrange them on the watch face. 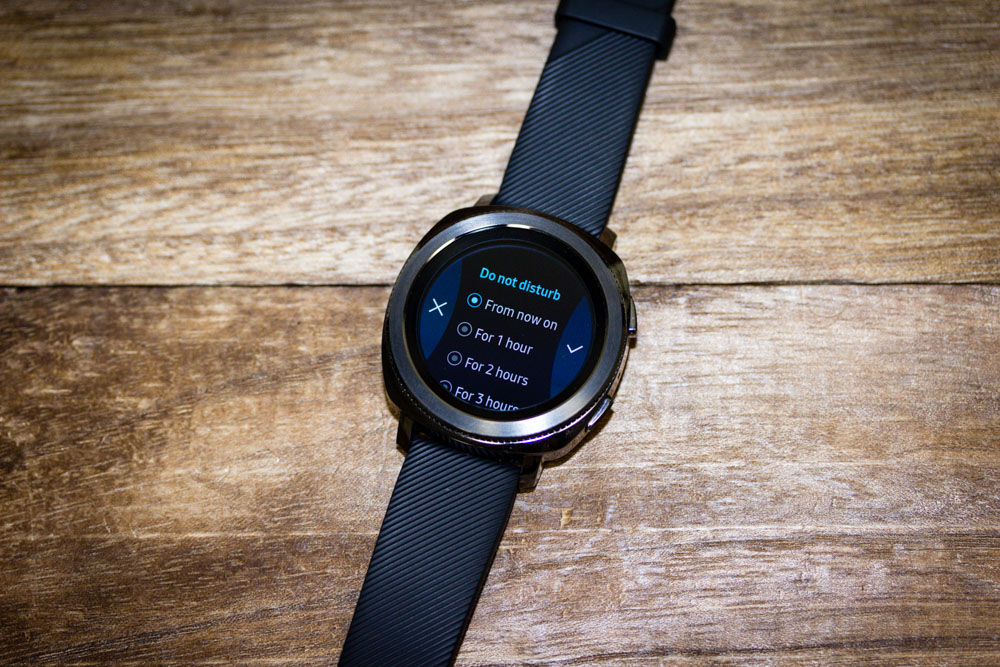 A few interactions need you to tap ‘yes’ or ‘no’ on the screen. The touch targets are small, by the sides of the screen.

The Gear Sport also gives you options that you can’t complete on the watch. After you clear all notifications, a Settings button appears. When you tap that the Gear Sport asks you to change settings on your phone. When you get your week’s activity summary, you’re asked to check that on the phone too.

Messaging apps are a problem

These rough edges might be minor bothers for most, but there’s one that’s more troublesome. Tizen doesn’t handle app messaging well. You can see single messages from apps like WhatsApp and Hangouts, and send canned or transcribed replies.

But when you have multiple missed messages in a thread, the Gear Sport can only show you the latest one. SMS works fine, you’ll be able to see every message you’ve missed, but not with data messaging apps. It seems this is a problem with some non-Android Wear smartwatches pairing with Android smartphones. The Garmin Vivoactive 3, which runs its own OS, has the same problem with Android, but not with iOS. 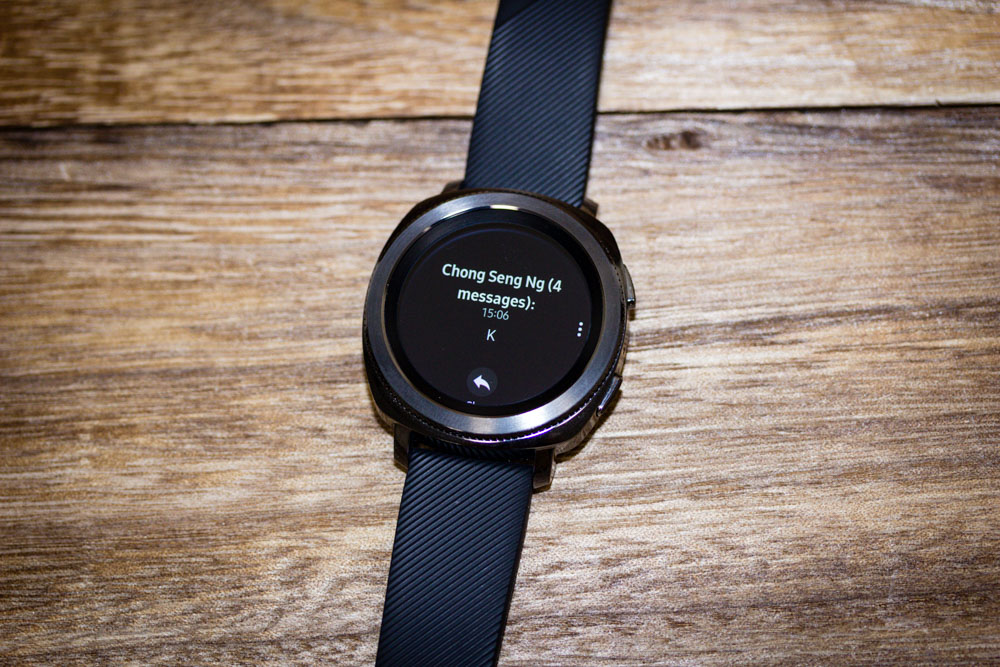