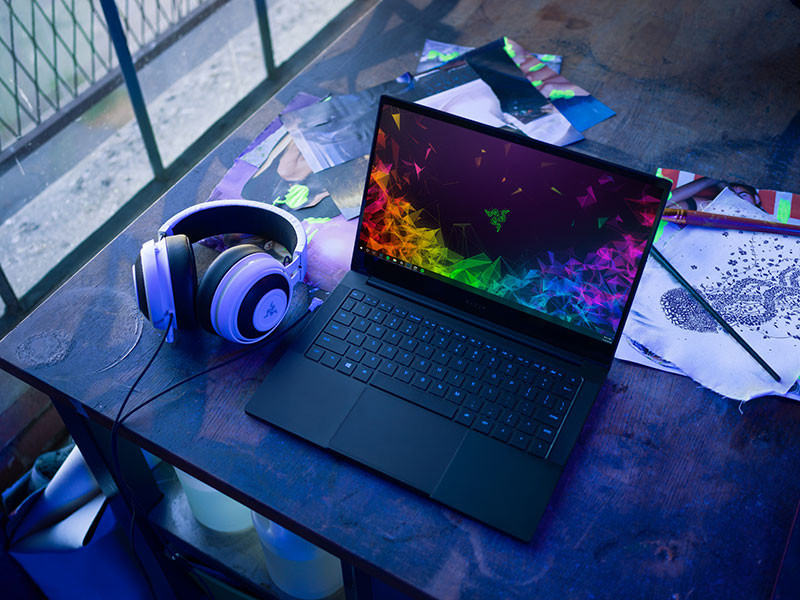 Many gaming laptops want to lay claim to being portable gaming machines. Some of them fall woefully short, while others have managed to cram powerful graphics cards into reasonably thin and light frames. Laptops like the Aftershock Vapor 15 Pro and Razer Blade 15 are great examples of what you would consider a portable gaming laptop today, and they're some of the best notebooks you can buy right now. However, they're still relatively large 15.6-inch systems that weigh around 2kg, and are still a far cry from your average 13.3-inch ultrabook.

But what if you put a gaming-grade graphics card into the body of an ultrabook? That's exactly what Razer has done with its new Blade Stealth 13, and to my knowledge, it is the only company to have done so.

It's done that without adding too much weight or bulk to the laptop. When picking it up, you'd never think that there was a GeForce GTX 1650 Max-Q in there, which is pretty impressive.

Other notable features to take note of are the aggressive memory speeds and support for Wi-Fi 6. Memory frequency has been bumped up from 2,133MHz to 3,733MHz, a really nice jump. The laptop also supports the latest Wi-Fi 6 standard, which means it can take advantage of the newer Wi-Fi 6 routers.

This feels like a really forward-facing and versatile machine, but there are obvious concerns. One of these is the price – at S$2,899, the Blade Stealth 13 is pretty expensive, especially considering that it doesn't offer top-notch gaming hardware. This is compounded by the fact that it has a 15W Ice Lake processor, which looks like it could potentially limit the GeForce GTX 1650 Max-Q in games.

Read on for a closer look at the laptop and how it really performs.