Note: This review was first published on 8 September 2021. 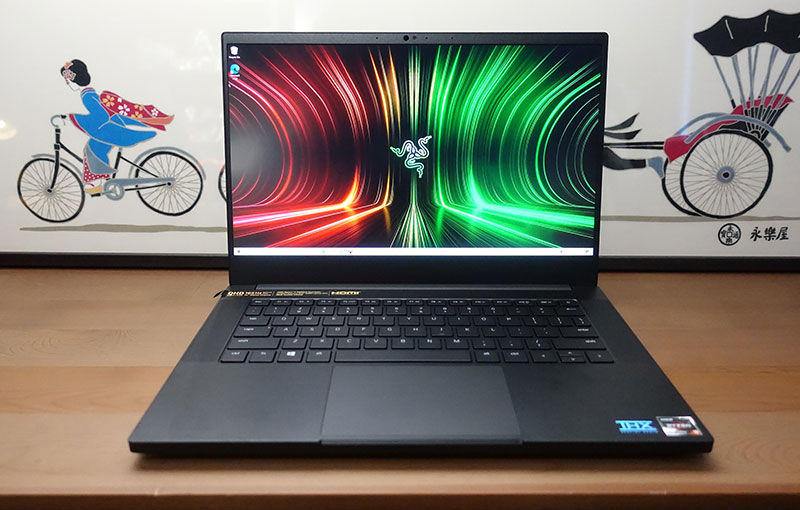 If you’re on the hunt for a small and powerful ultraportable today, there’s really no other better option than the Razer Blade 14. It’s certainly not your average Razer gaming notebook. For one, it’s the first Razer notebook to be powered by the AMD Ryzen 9 5900HX processor – a big break from the gaming company’s exclusive use of Intel processors for their previous notebooks. Razer might have been a little late to the Ryzen game (ASUS ROG, Lenovo and even MSI have got Ryzen-armed gaming notebooks for a little while now), but it’s never too late to take advantage of the Ryzen 9 5900HX’s improved power efficiency for better battery life and less heat – which are key considerations that impact both performance and longevity for a compact notebook like the Blade 14.

On the graphics end, the Razer Blade 14 comes with the complete repertoire of NVIDIA’s RTX 30 Series Laptop GPU options – up to RTX 3080. The Razer Blade 14 review unit that I received is equipped with NVIDIA’s fastest GeForce RTX 3080 Laptop GPU, and combined with the AMD processor, makes it arguably the most powerfully specced out gaming notebook in the 14-inch realm of ultraportable notebooks.

Expectedly, it comes with a premium price tag: S$4,599. Let’s take a closer look at the notebook. 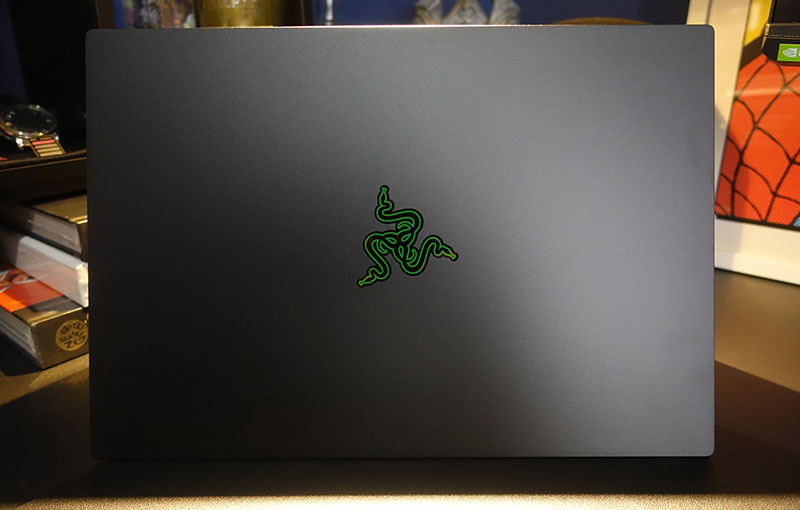 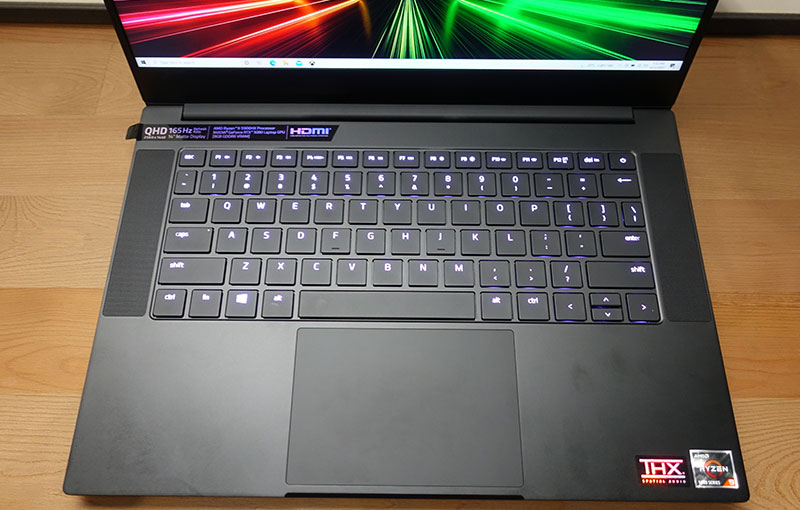 In short, it’s very much a Razer Blade notebook that looks instantly familiar to most gamers. It’s certainly a case of “if it works, why change it”, but I personally would have like to see Razer push a bit more boundary as far as aesthetics go. Razer Blade notebooks looks great, don’t get me wrong. But sticking with the same design for the past decade seems like an oddity for a company that continues to push out edgy-looking products in its other categories.

That familiarity cascades down to the Blade 14’s keyboard, which is still excellent as ever. Razer’s switches offer generous travel and tactility, which makes typing and gaming easy, and are also programmable from the Synapse software. Below the keyboard is a large glass touchpad, and while its gaming usage scenarios are limited to point-and-click and turned-based games, it’s responsive enough without feeling wobbly. For every other genre of gaming, stick with a wired mouse. 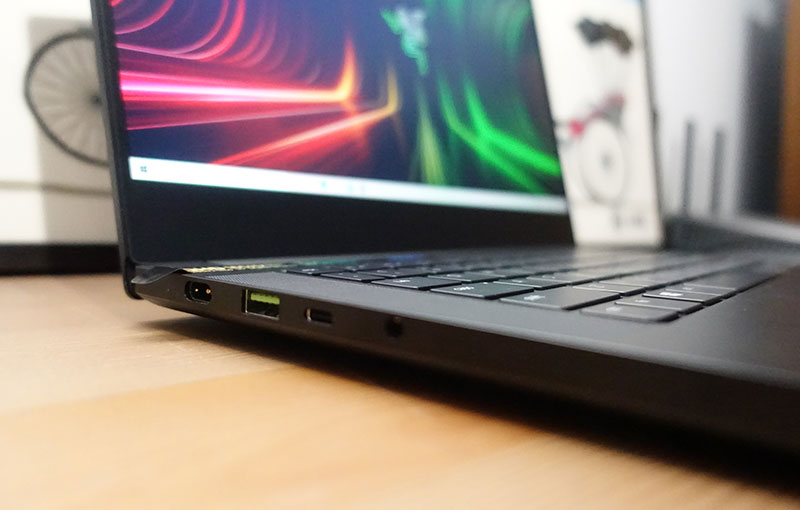 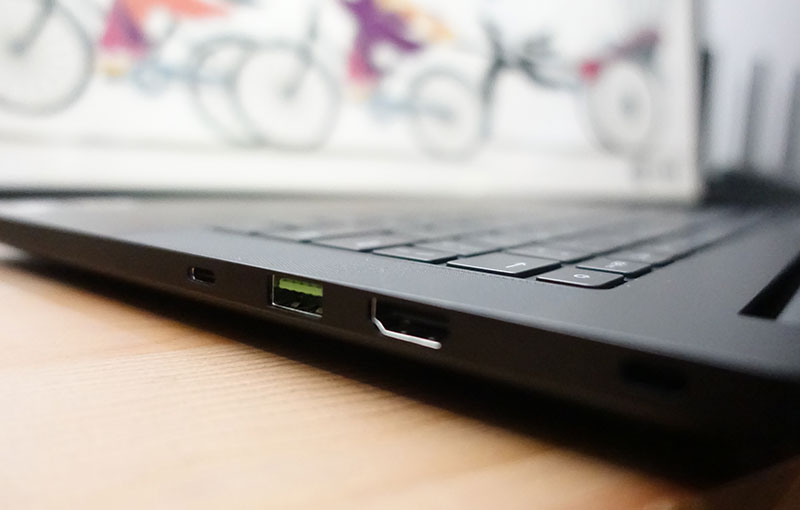 Speaking of that; the Blade 14 has a wealth of ports available despite its incredibly thin form. On both sides of it, there is one USB 3.2 Gen 2 Type-C and a USB Type-A port. So that means you get two high-speed USB-C and two USB-A ports, which is pretty generous for an ultraportable notebook – and a gaming one at that – because having to carry additional dongles is so yesteryear. A HDMI port is also available on the right side, while the charging port and a 3.5mm audio combo jack are on the left. 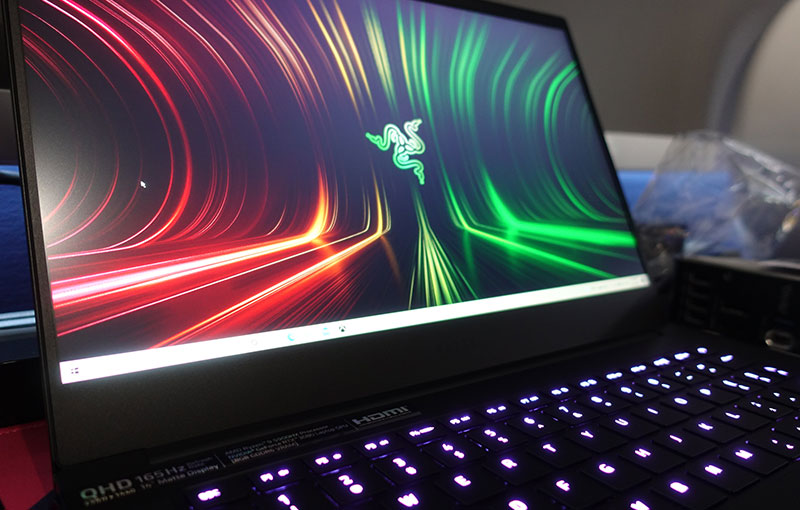 The highlight here is definitely the QHD display (2,560 x 1,440 pixels resolution) with a 165Hz refresh rate though. Razer has been improving the displays on their notebook consistently for a while and the Blade 14 has quite possibly one of the most beautiful displays for a gaming notebook right now. And that’s saying a lot, because while a lot of displays with fast refresh rates will usually cut corners when it comes to colour accuracy or brightness, the Blade 14 produces a full 111% coverage of the sRGB spectrum, as well as an average brightness of 332-nits – that’s superior to even some of the best ROG gaming notebooks that we've test-driven at HardwareZone.

Now let’s look at how this little Blade performs in our benchmarks.

Write a Review
Compare This | Specifications
Quite possibly the fastest 14-inch gaming notebook
Good battery life
Excellent keyboard and trackpad
One of the best QHD displays
RTX 3080 "true" performance is crippled
Same, recognisable, notebook aesthetics - is that a good or bad thing though?
Pricey, considering you won't be getting an RTX 3080 that "flies
Our articles may contain affiliate links. If you buy through these links, we may earn a small commission.
Sponsored Links