Razer Atheris review: A wireless mouse for the road

A mouse for work and play 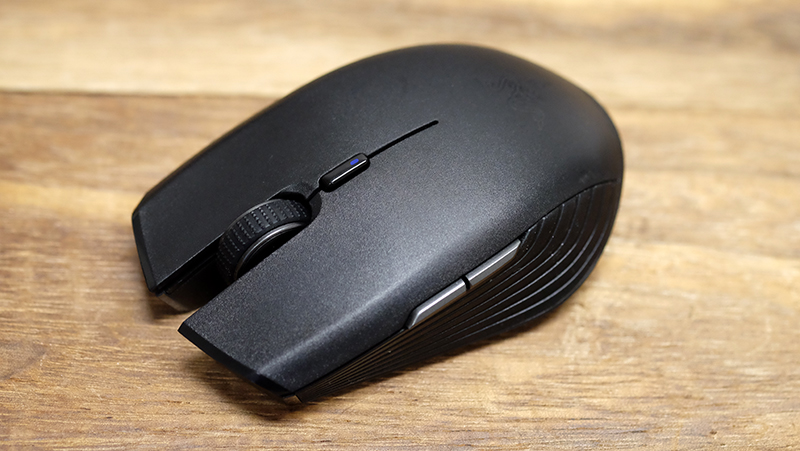 Razer usually designs for the desk-bound gamer. From full-sized keyboards to Chroma-equipped wired mice, you’re not intended to take most of their gear on the road with you.

This makes the Razer Atheris somewhat of a pleasant surprise, and aside from the Orochi, this might be the only other mouse Razer crafted for the mobile road warrior. Furthermore, it is only the second mouse to feature Razer’s new Adaptive Frequency Technology (AFT), but it crams that technology’s excellent wireless performance into a diminutive body that you can easily take with you to meetings or on a business trip.

In fact, this may be one of the most practical mice Razer has churned out in recent times, and that’s saying a lot for a company that has deemed it fit to make a mousepad with customizable LEDs.

This is also one of the first things you’ll notice when you unbox the Atheris. Where are all the LEDs? The company’s signature Chroma lighting is absent, and even the triple-headed snake logo takes the form of a subtle etching on the main body. 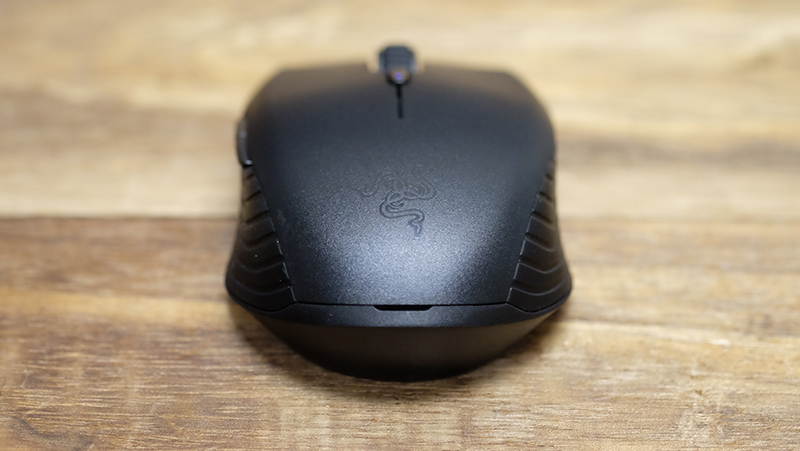 There’s a very good reason for that, and the lack of illumination helps the Atheris conserve battery. Razer has singled out battery life as one of the key strengths of its new mobile wireless mouse, and it’s claiming up to 350 hours of continuous use – that’s just over two weeks – from a pair of AA batteries (which are helpfully included in the box).

That said, this only applies when the mouse is connected to your PC via Bluetooth LE, and Razer did not provide a number for when you’re connected using the wireless dongle.

The latter uses the 2.4GHz band and offers a low-latency wireless connection that is supposedly indistinguishable from a wired one, just like the Razer Lancehead, and the good news is that both mice perform quite admirably in this department. 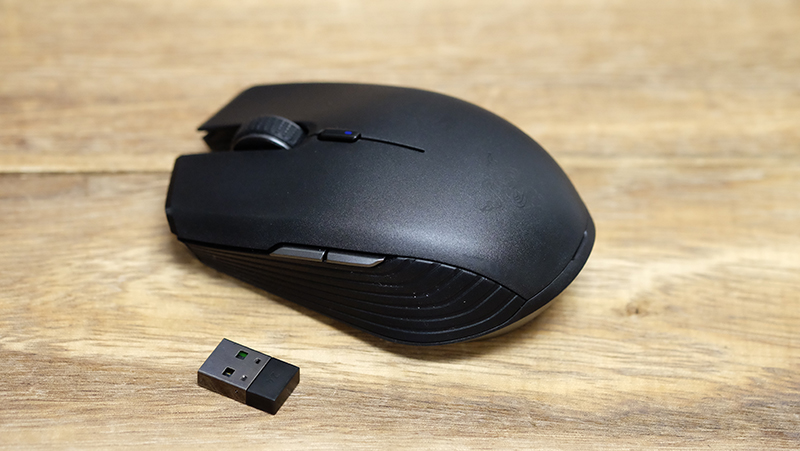 AFT works by scanning the different frequencies hundreds of times a second and selects the one with the least interference.This ability to frequency hop helps ensure better transmission stability, in theory, and is what enables the mouse to keep transmitting reliably even in a crowded environment with multiple wireless devices. However, Razer says the Atheris only switches frequencies when it absolutely needs to, thus avoiding performance drops that can occur during this process.

Much to Razer’s credit, the Atheris is responsive and snappy when used with the dongle, and it’s this mode that will likely interest most people. Sure, Bluetooth offers more battery, but the potential for a lag-free experience is quite irresistible. Furthermore, you’re limited to just a 250Hz polling rate over Bluetooth.

Nevertheless, Bluetooth is more than sufficient for regular productivity tasks, and it can come in handy when you’re working with devices like the Surface Pro, which only have one USB 3.0 port. You’ll likely need that port for something else, so the Bluetooth connection can come in handy. 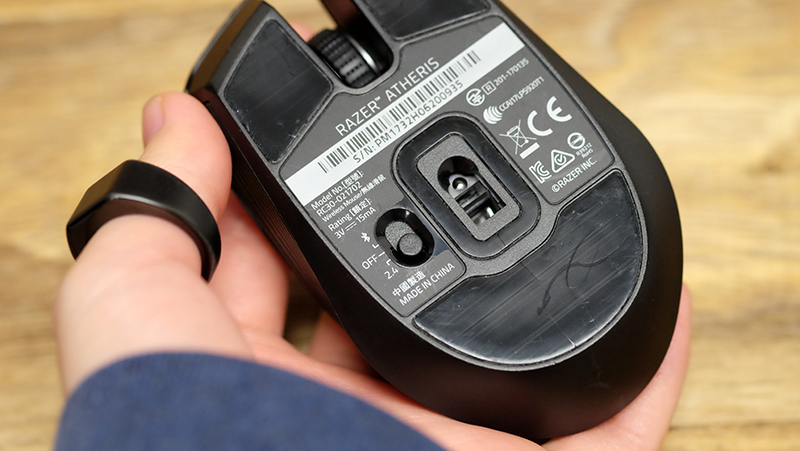 Battery life proved freakishly good, even on the 2.4GHz connection and a 1,000Hz polling rate, and we were able to get through an entire work week on the mouse and then some. When the battery falls below 10 per cent – you can set the threshold anywhere from 3 to 10 per cent in Synapse 3 – an LED light on the DPI button will start blinking.

Here’s where it gets a little confusing though. The Atheris only works with Razer Synapse 3, the upcoming update to Synapse 2.0 that is still in beta, and the battery level indicator in that software took a perturbingly long time to go down from 100 per cent.

Either the Atheris has phenomenal longevity and literally sips power, or there are some bugs in the beta software to be ironed out. The software also reports varying battery levels, albeit within a few percentage points of each other, when the mouse is plugged into different machines. At the time of writing though, the Atheris is still going strong after a week of use at work – it's sitting at 90 per cent in Synapse 3 – and it seems like it still has plenty of juice left in it. That said, you'll probably see higher battery drain if you use it mostly for gaming.

Write a Review
Compare This | Specifications
Excellent battery life
Reliable optical sensor
Lag-free and responsive 2.4GHz wireless performance
No wired mode for when batteries die
Heavy with AA batteries installed
Not a truly ambidextrous design
Our articles may contain affiliate links. If you buy through these links, we may earn a small commission.
Sponsored Links