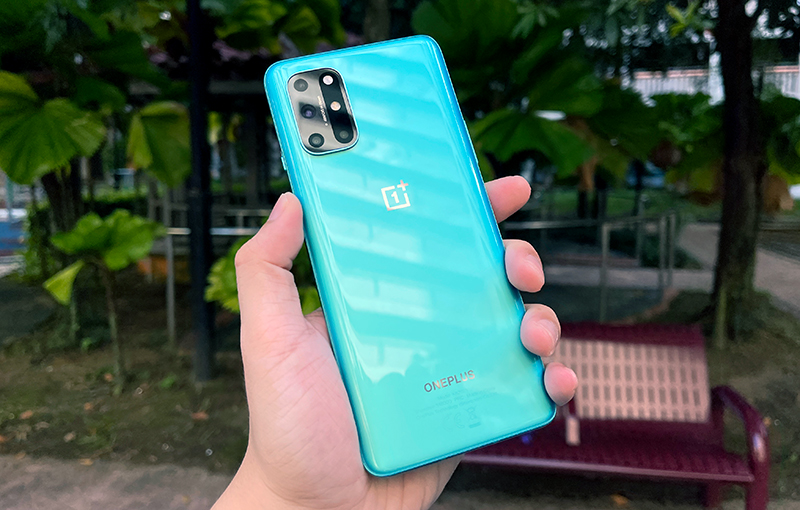 Stripping an 8 Pro down to its core components

Having reviewed the OnePlus 8 series which includes both 8 and 8 Pro, the OnePlus 8T seems like an in-betweener addition to the budget flagship smartphone selection by the brand. If anything, what the 8T pitches in seems like it competes against both OnePlus’s 8 and 8 Pro.

It looks like the OnePlus 8T has a mixture of specs from both prior models, save for the greatly increased fast-charging profile. That makes the 8T an in-between device for the OnePlus 8 and the OnePlus 8 Pro, until we look at the official retail prices.

So, is the OnePlus 8T a really needed differentiator? Is it a good budget flagship addition to OnePlus’s 2020 lineup to go up against the likes of the recently released Samsung Galaxy S20 FE? Is the heightened fast-charging that huge of a game-changer for its updated release this year? Let’s find out. 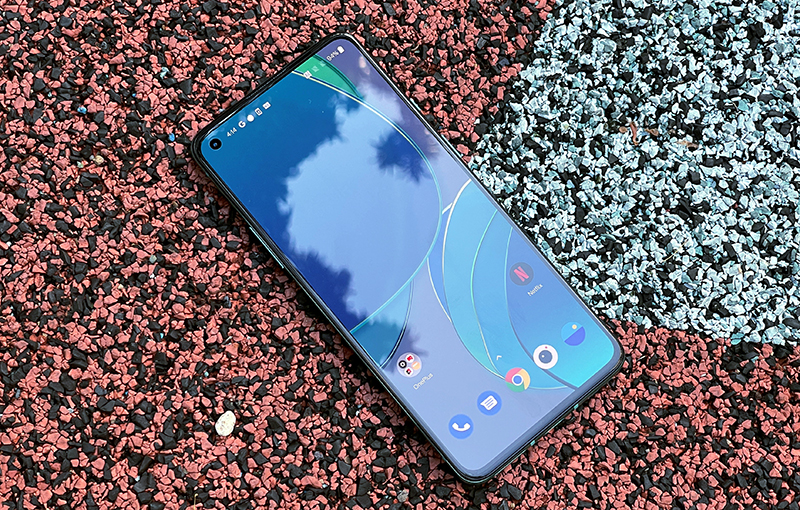 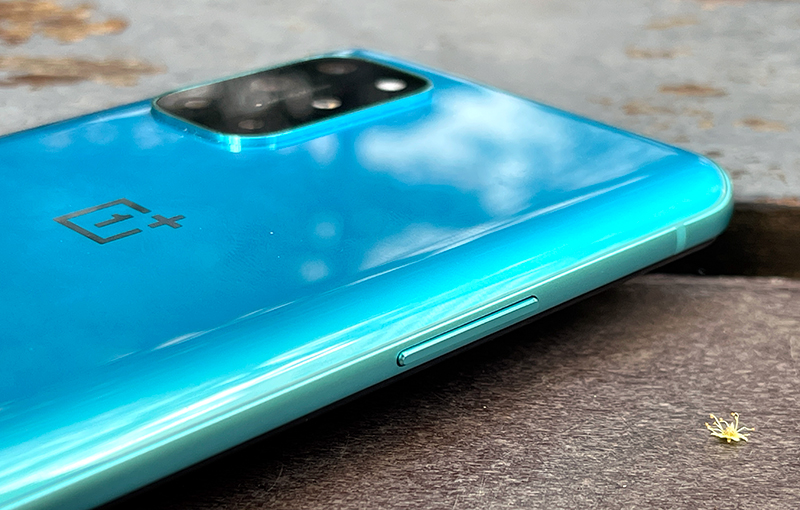 Even with a flat screen, the phone’s metal rims are well-rounded with minimal gaps between the display, sides, and rear. The camera housing is barely raised, the call speaker at the top is well-hidden where the display meets the rim, and the punch-hole front camera is tucked neatly to the top left. The rear feels plastic to the touch, but the excellent polish makes it look like glass. 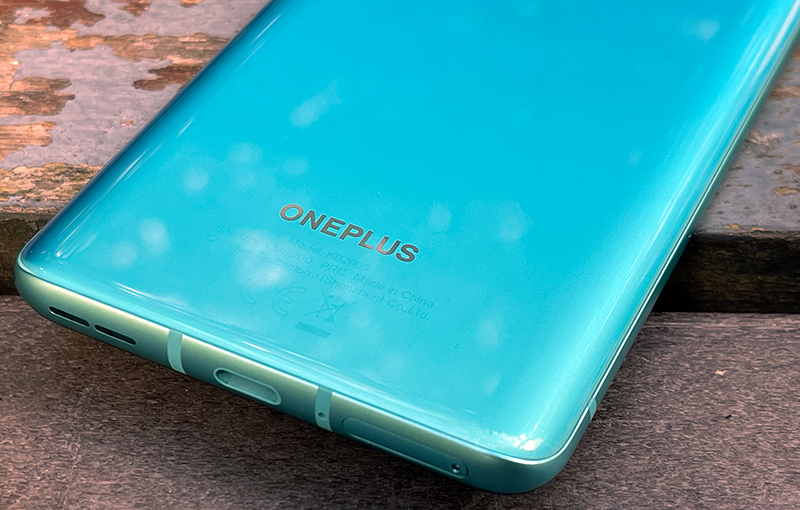 Other than the flat front, this design language is identical to the OnePlus 8 and 8 Pro, and it feels undeniably premium when you observe the phone from hole to hole. 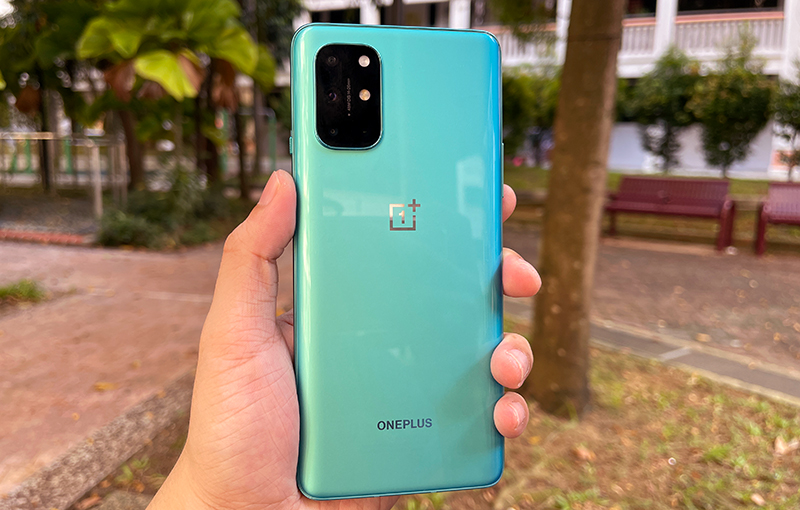 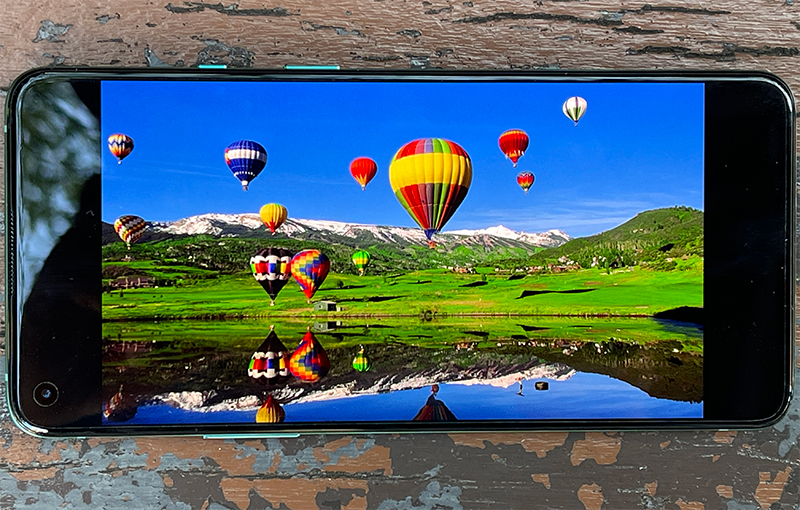 The OnePlus 8T has a 6.55-inch flat OLED display rated at 2,400 x 1,080 pixels resolution (~401 PPI pixel density), with 120Hz refresh rate, 240Hz touch sampling rate, and sRGB and DCI-P3 colour profile support. As mentioned, the only real difference it has from the OnePlus 8 Pro is the resolution, with the Pro packing 1440p instead. It’s a pleasant display, as seen in our test image. 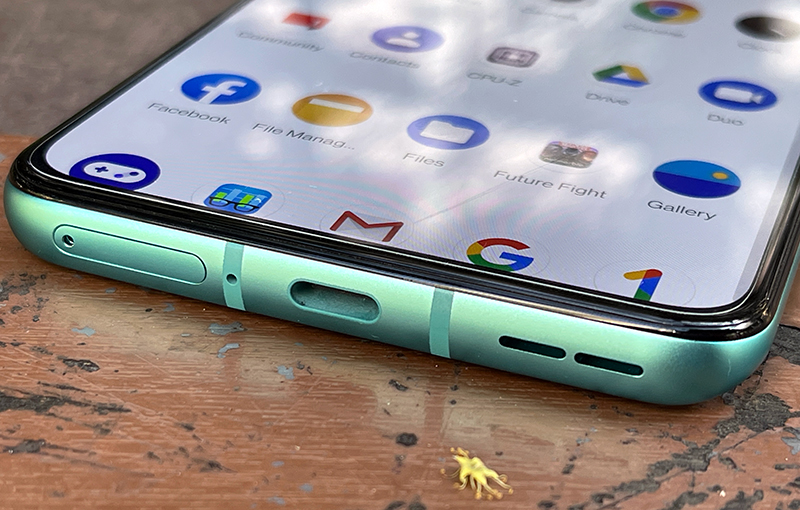 The OnePlus 8T offers a stereo-like dual speaker configuration, with a bottom speaker and the call speaker doubling up in duties. While audio is clear enough for a sub-S$1,000 phone, isn’t exactly well-balanced - the bottom speaker seems to be responsible for the bass while the call speaker fills in the details, providing an asymmetrical audio profile as a whole. It’s noticeable even if you’re not an audio connoisseur, but we don’t think it would bother most users unless they absolutely need loudspeaker parity on their smartphones. 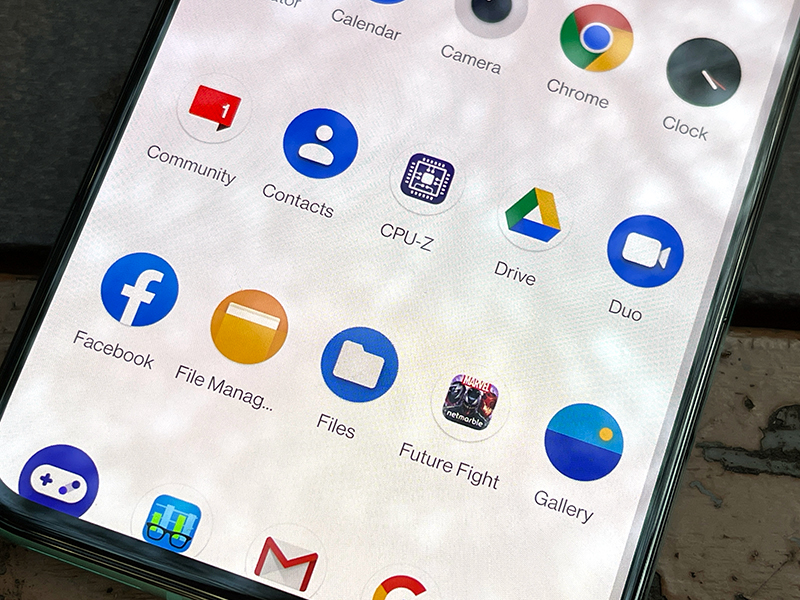 Unlike the OnePlus 8 Pro, the OnePlus 8T comes with Android 11 out of the box, reskinned with OxygenOS 11. We didn’t state this at the start of this review, because chances are a OnePlus 8 phone user is savvy enough to update the firmware to Android 11, too. 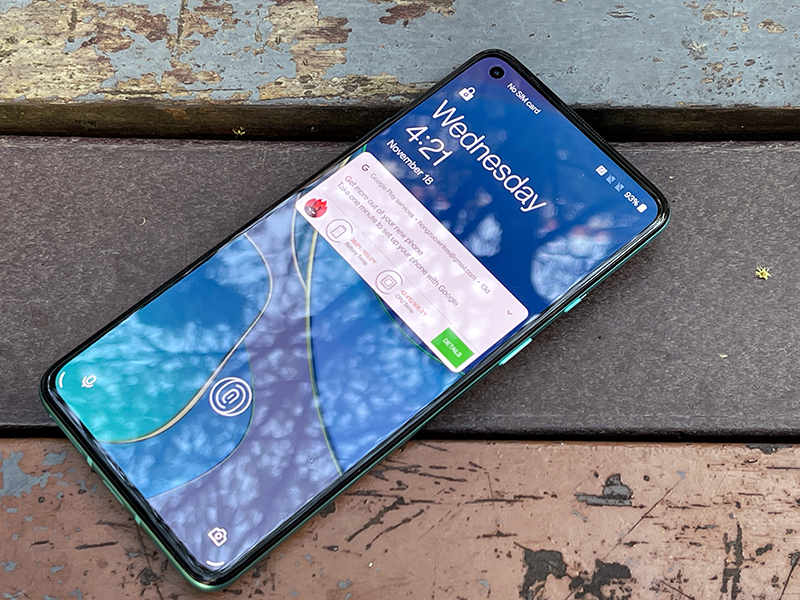 OxygenOS 11 features are mostly cosmetic since OnePlus went with a newly designed interface. It’s sufficiently different from the stock Android experience and closer to Huawei’s EMUI without the garish palette. Despite that, OnePlus still manages to keep the UI clutter-free. There’s a neat option where users can choose the ol’ Roboto font that populated OnePlus’s previous UI, instead of the new proprietary OnePlus Sans system font. It’s primarily an aesthetic preference - you’d likely pick the font that works better for you. 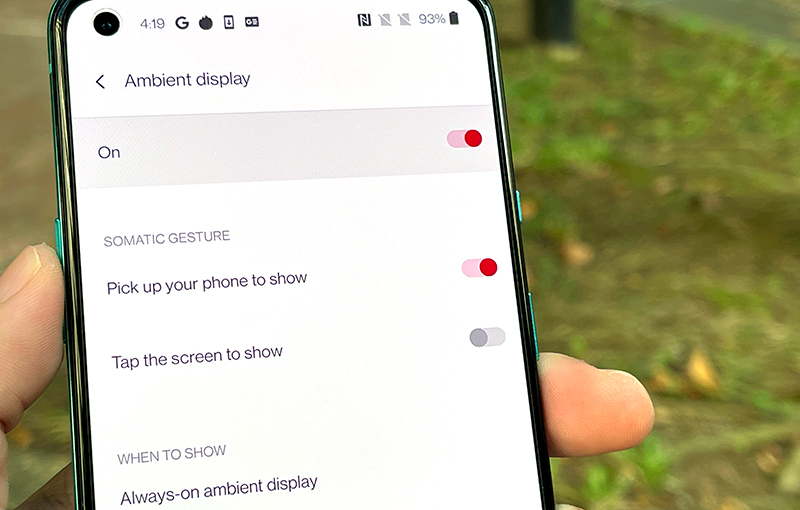 New and practical features include the Always-On Display (AOD), which is a handy and huge quality-of-life upgrade for people who want to quickly check the time or know if the phone has notifications that need your attention. It’s also customisable so you can choose between digital and analogue clock faces. Finally, you can even choose to revert to Ambient Display, which is a lift-to-wake version of the same AOD. Like the system font, choosing either lift-to-wake or AOD is down to preference, so it’s good on OnePlus to make it an option. 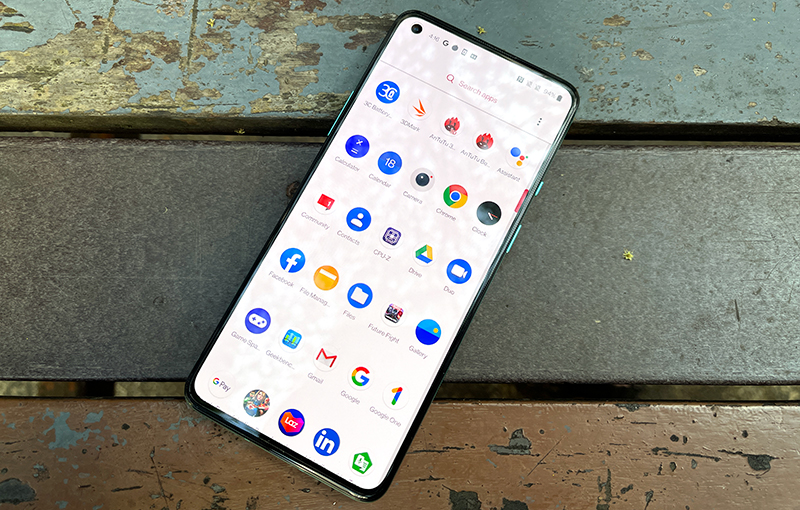 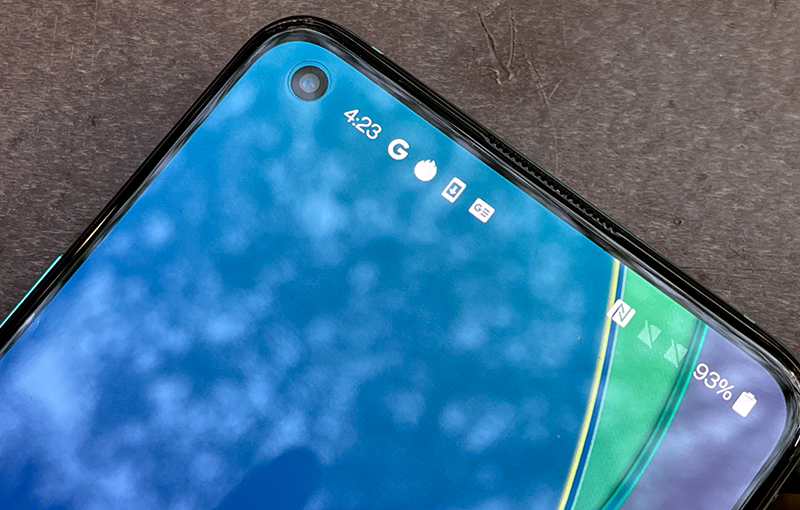 Other hardware-based features, like the in-display fingerprint sensor, Face Unlock, NFC connection, general browsing and gaming, etc. all work as intended. With so many feature commonalities between the 8T and 8 Pro, choosing either device depends on what other features you can or cannot live without. Again, the 8T doesn’t have IP-rated waterproofing that’s on the 8 Pro, so that’s also something to consider besides the difference in display, cameras, and charging profiles. 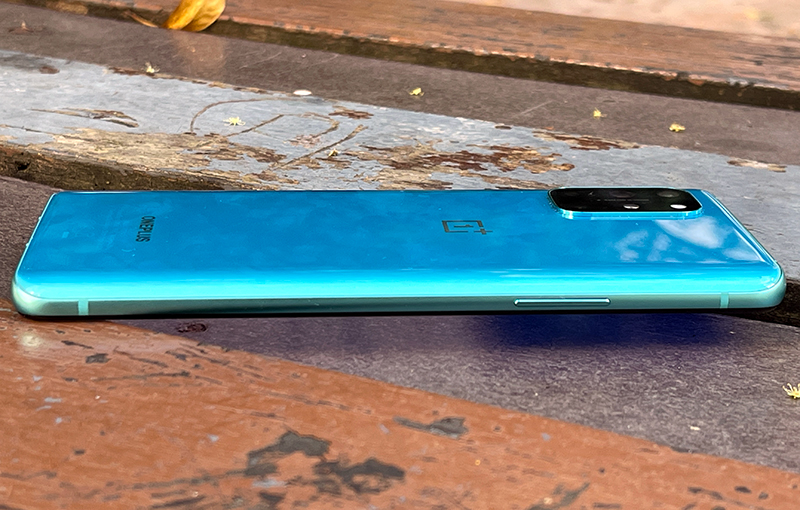 Of the supported 5G bands on the 8T, they feature 2100MHz and 3.5GHz spectrum support, which is what some (if not all) of our 5G-ready local telcos are using. We’ve tried testing a 5G SIM card, and yes, it recognises and tries to connect to 5G whenever available. As mentioned in previous phone reviews from this year, a 5G-capable device that’s advertised as such will only need to worry about being in a location served with 5G access, since the technology is still nascent for consumers in Singapore.