Nikon D850 reviewed: Made for all professionals 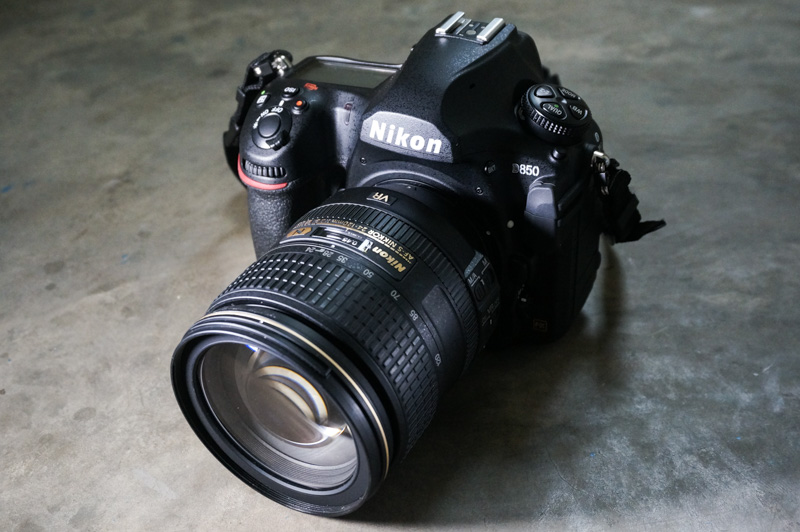 It’s been a good three and a half months since Nikon first teased us with the possibility of the D850 full-frame camera, and we’ve since followed up on that report with a leak of the specs and features of the camera, as well as a hands-on feature at an event held by Nikon Singapore. We’ve recently had a chance to spend an extended period of time with the camera, so here’s a more detailed performance review.

In terms of positioning, you could say the D850 takes over from the D810 as the “extreme high resolution” camera of the Nikon family. Call it the medium format challenger if you will, but this category of cameras basically offers high resolving power in a 35mm format body – 45.7MP worth in fact. That’s quite a bit more than the 36.3MP of the D810, and overtakes the Sony A7R II (and the new A7R III). However, as far as megapixel count goes for a 35mm format camera, it's placed a little behind the 50.6MP of Canon EOS 5DS R from 2015.

The D850 is also the first Nikon DSLR to use a backside illumination sensor. If you’ll recall, that’s what Sony first introduced with their A7R II, and this design allows light to reach the photodiodes on the sensor more efficiently, which means better low light performance as each photodiode is able to capture more light. Thus, the D850 has a native ISO range of 64-25,600; expandable to 32-102400 equivalent.

Like the Nikon D5, it also uses the EXPEED 5 image-processing engine, which offers both superior noise reduction and the ability to shoot high-speed continuously at 9 fps with the optional MB-D18 Multi-Power Battery Pack or 7 fps with the regular EN-EL15a battery. 7fps may not seem like much compared to the Sony A9’s incredible 20fps, but given the camera is essentially moving about 46MB of data with every shot, it is impressive indeed.

It also gets the autofocusing system from the D5 camera, giving it a total of 153 focus points, with 99 cross-type sensors. That’s a massive upgrade over the D810, which only had a total of 51 points (15 of which were the cross-type variety). When using Live View mode, the D850 also offers a smaller focus point for more precise selection.

On the video front, the D850 vastly improves from the D810 as it now offers 4K UHD with the option to use ISO sensitivities up to ISO 102,400 in video mode. Add to that the ability to do x4 and x5 slow-motion video in-camera with the added ease of Auto ISO, and you have a much improved video making tool. As mentioned in our earlier coverage, the Nikon D850 keeps to the tested DSLR form of previous cameras, but gets the latest handling upgrades too. The focus selector joystick from the recent D5 and D500 cameras has been carried over to this camera, making for easier focus point selection. And the rear LCD finally allows touch based inputs for the menu system, making the navigation faster and more direct! 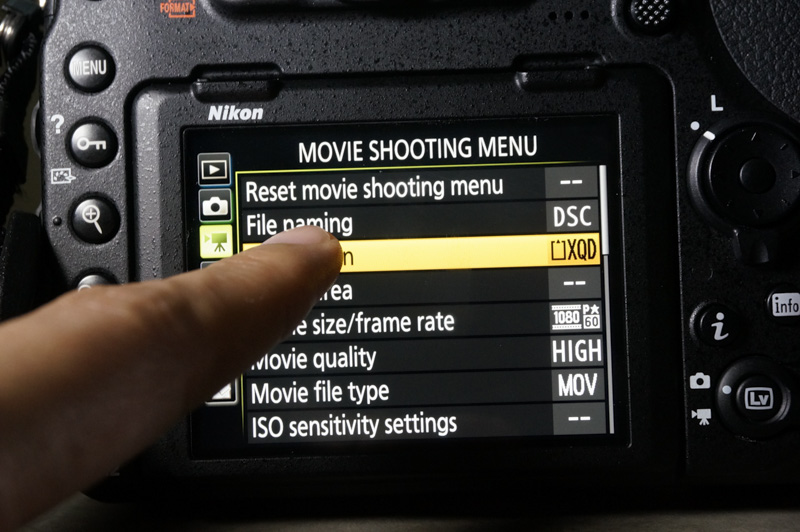 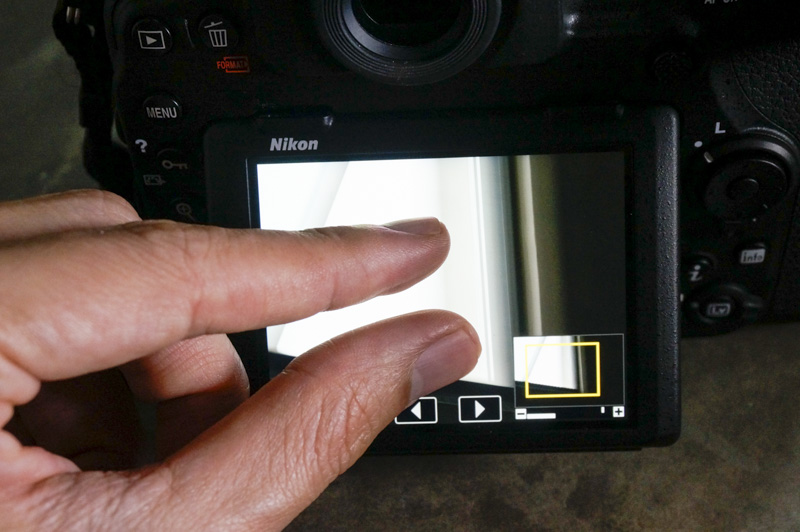 That’s something we’ve been asking ever since mirrorless cameras first adopted this type of menu navigation, so it’s good to see that the traditional DSLR makers are finally coming round to the idea. After all, no sense consolidating everything on a nice grid-based menu (the “i” menu) in this case, when you can’t jump directly to one of the options and have to rely on single direction moves via four-way navigation selector. 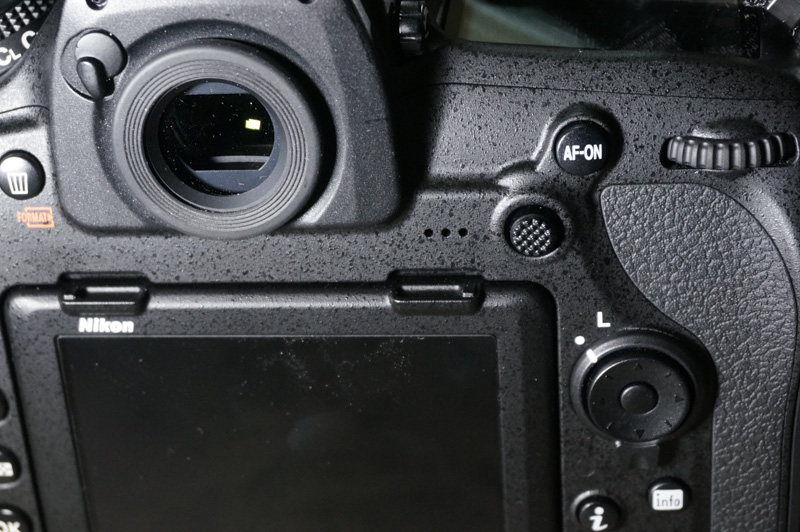 We were hoping the use of a monocoque body in the earlier D750 meant that we would see the same carried over to the D850, but that hasn’t been the case, as the D850 sticks to the usual magnesium alloy build that’s dust and weather resistant. In fact, the D850 weighs 30g more than the D810 at 915g. Thankfully, it maintains a deep enough front grip for easy handling despite the body being 3mm less deep than the D810 overall. 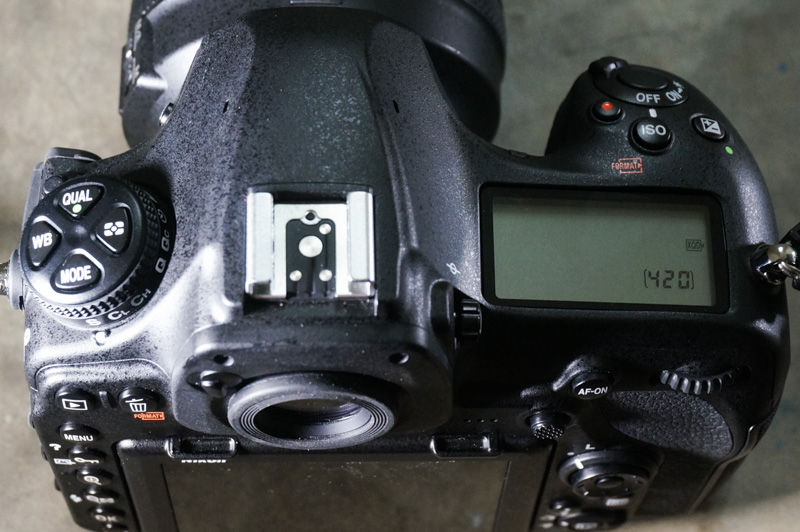 One thing that is significantly different though, is the fact that the D850 no longer has a pop-up flash. Nikon says this gives it better weather resistance, but we personally would have preferred to see it kept, as the extra light source can be handy as a fill flash, or more importantly, to allow for wireless control of off-camera flash units via Nikon’s Creative Lighting System (CLS).

Additionally, the shift of buttons layout up top does allow for slightly better handling though. The new collection of buttons follows what we saw on the D500 and we personally found it easier to reach for the movie recording button without having to remove our eye from the viewfinder.

Speaking of the viewfinder, the D850 comes with a new optical viewfinder that offers 0.75 times magnification – the highest ever offered by a Nikon FX-format DSLR. It contains an aspherical lens and a new condenser lens with organic EL display elements, so the entire scene should be easily visible even if you wear spectacles.

Write a Review
Compare This | Specifications
Incredibly high resolution
Upgraded continuous capture with bigger buffer allows for more kinds of photography
Focus lever and touch control makes the camera easier to use than ever
High ISO images have quite a bit of noise reduction
No pop-up flash
Price is higher than before
Our articles may contain affiliate links. If you buy through these links, we may earn a small commission.
Sponsored Links